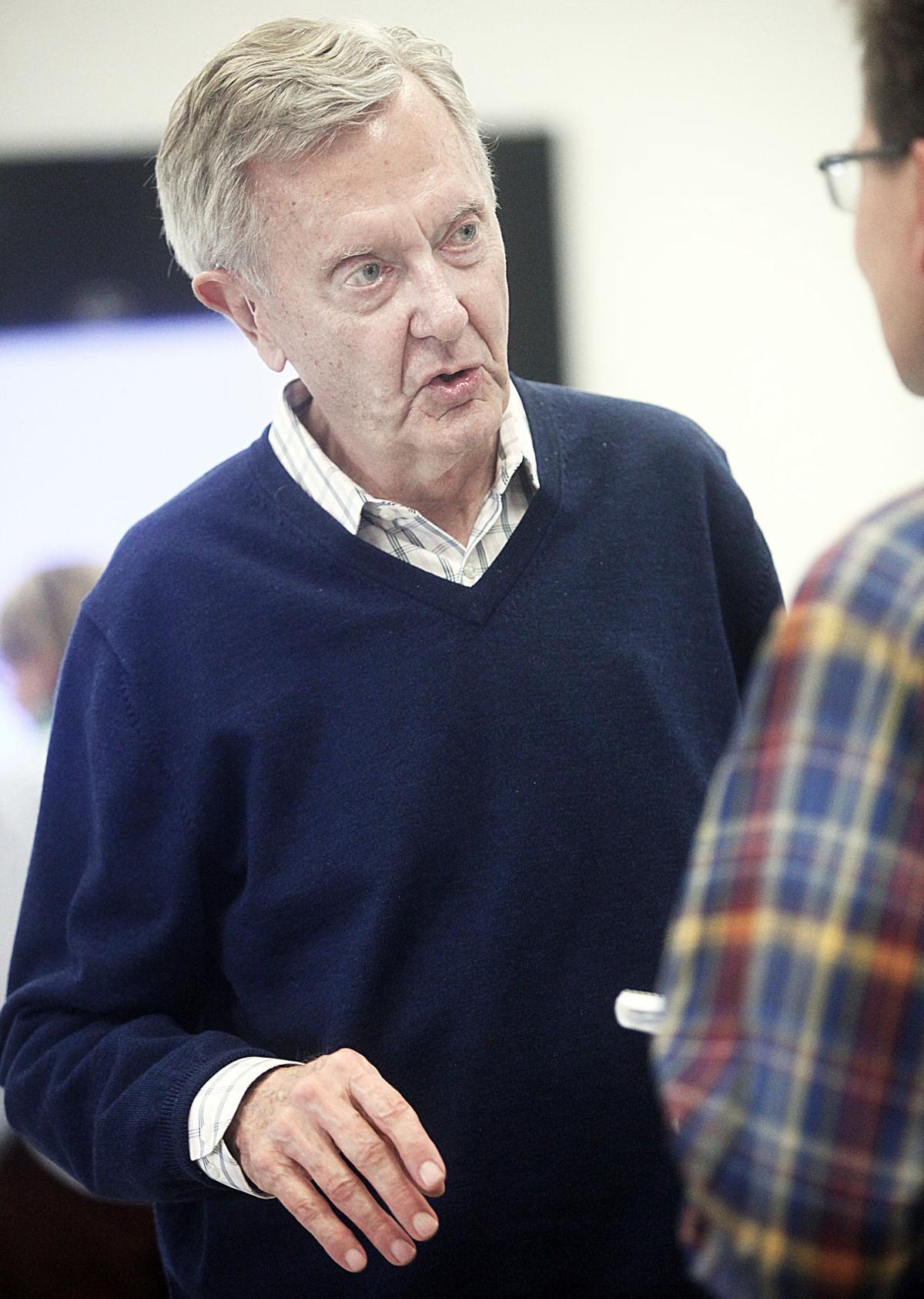 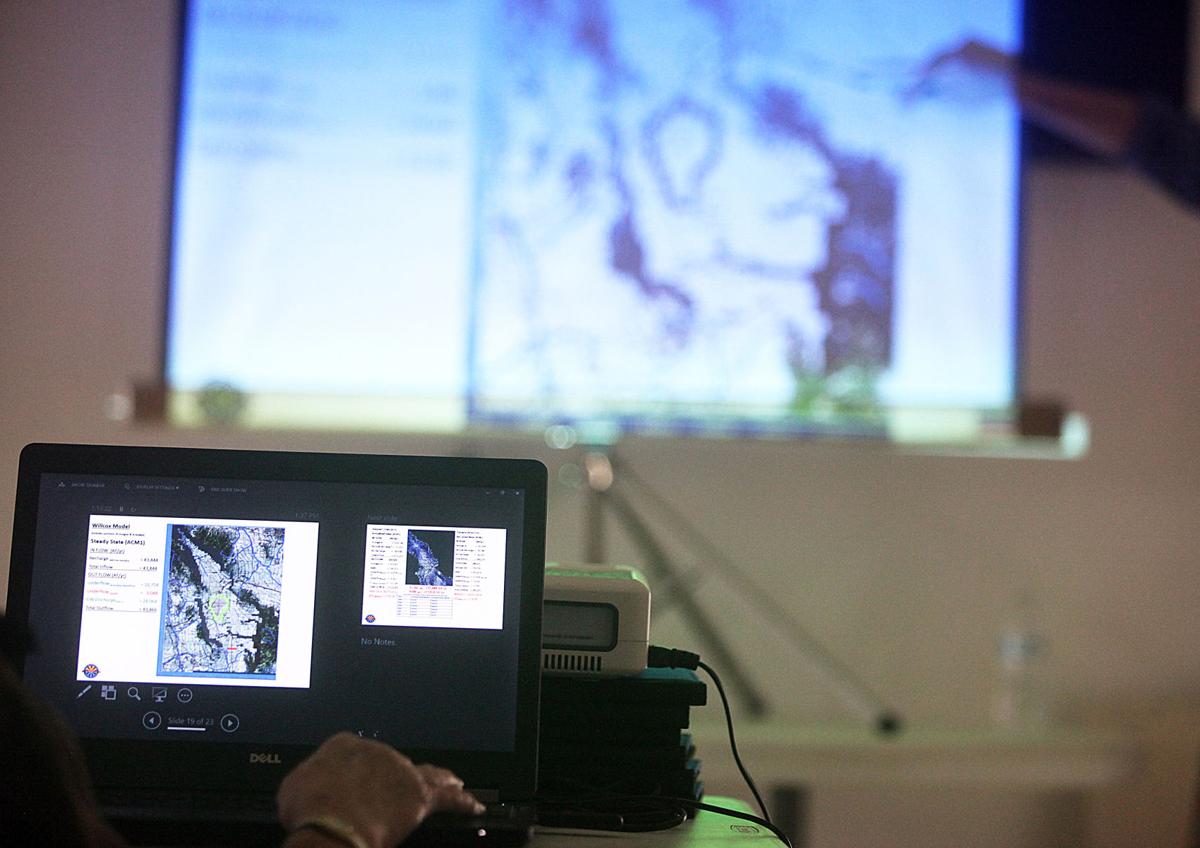 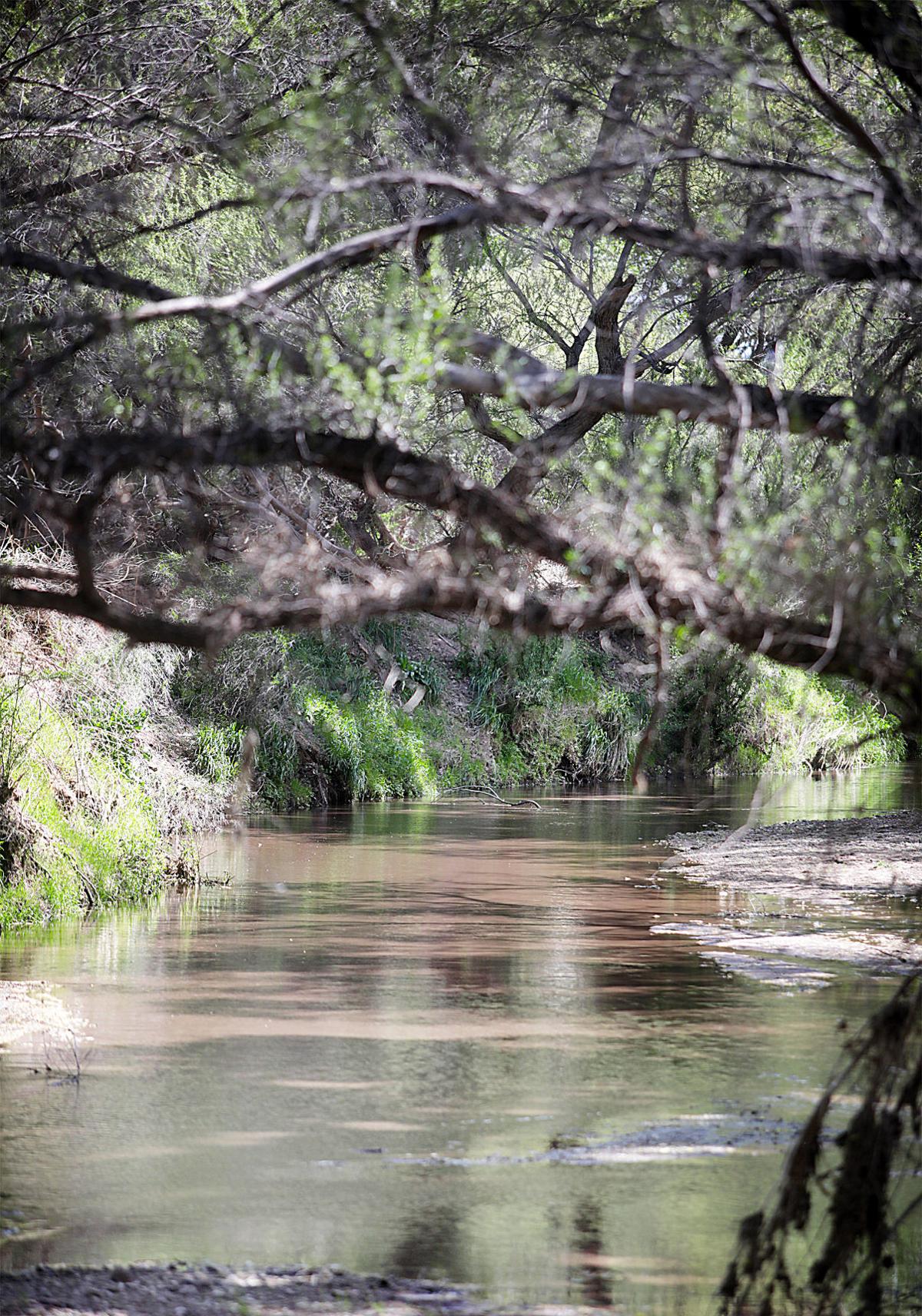 SIERRA VISTA — Last week, the Arizona Audubon Society offered an in depth overview of the state of groundwater in Arizona and the possible legal measures which could be enacted to ensure a continued supply into the future.

On Sept. 23, Haley Paul, the policy manager for Audubon Arizona, teamed up with Jocelyn Gibbon, Freshwater Policy Consulting in Flagstaff, to give an empowering presentation the historical and current groundwater situation as well as what is being done legislatively to help rural counties gain control of groundwater access and use.

Paul kicked things off with an explanation of just how precipitation percolates over millions of years through the various layers of soil, sand, clay, gravel and rock and accumulates in underground aquifers. Arizona’s groundwater accumulated in two major basins — the Colorado Plateau Basin aquifer and Basin and Range basin-fill aquifers.

Geology is the main difference between the two, she explained. The Colorado Plateau basin is permeable rock which allows rain and snow melt to percolate into various levels and through different types of rock. Within the layers of rocks are minor aquifers which also feed many springs in the Grand Canyon walls. Some wells within that basin have been drilled to 3,000 feet, like the city of Williams, east of Flagstaff, which has some of the deepest wells in the country.

Basin and Range basin–fill aquifers are also fed by rain and snowmelt, which flows down from the mountain into the valleys and seeps down through soil, sand, gravel and clay.

“Much of the water we use is ancient. We must remember it took millions of years to accrue this groundwater and is not managed sustainably, can take only decades to deplete,” Paul emphasized.

In Arizona, 36 percent of water used is from the Colorado River, 21 percent from river and streams and three percent is reclaimed water, she continued. However, most of the water, 40 percent, comes from groundwater and “is the sole source of water for many communities.”

Groundwater is also critical to vegetation and the wildlife which depends on it.

“Arizona is the most biologically diverse state without a coastline,” said Paul. “Groundwater supports the rivers, streams and springs between precipitation events and through periods of extended drought. Those water sources rely on groundwater to sustain flows.”

Gibbon pointed out, ancient people and Native Americans “have a rich history in stewardship and management of groundwater dating back thousands of years.” The Hopi have been dryland farming for over 2,000 years. Planting is done in areas where rainwater collects in washes, floodplains and around natural seeps or springs.

When the European colonization of Arizona began several hundred years ago, farmers and mining operations used surface water for everything. There were no formal laws at all. Then, the first water rule was formed based on “First in time, first in right.” Meaning the first person to draw water had all the rights.

“People who came after that could only stake a water claim if it did not interfere with the existing, established water users,” Gibbons said. “It was adopted into law and water rights were attached to the land deeds. Arizona law still recognizes senior water rights.”

Once ways to pump water from wells developed from hand cranks and burros to electricity, groundwater became a free for all. Anyone could dig or drill a well and “there was nothing to stop people. Landowners can withdraw groundwater for any reasonable and beneficial use,” she added. “It does not require a water right or any evaluation of how pumping affects the groundwater supply or other’s access to it.”

In 1900, Arizona had 500,000 people living in the state. Now there are over seven million and groundwater has been declining, not being replenished and many wells are drying up in certain areas, like the Willcox Basin aquifer, and causing severe subsidence of the land.

“Unchecked groundwater use has resulted in extreme declines of aquifer levels,” she noted.

The Central Arizona Project (CAP) went from design to construction by 1975 and the first water from the Colorado River was channeled in open canals to Phoenix and Tucson thanks to federal funding, though with the understanding that groundwater pumping would be discontinued.

In 1980, the Arizona legislature and Gov. Bruce Babbitt established the first Active Management Areas (AMAs) and Irrigation Non-expansion Areas (INAs) in the “interest of protecting and stabilizing the general economy and welfare of the state and citizens,” she said. The Douglas Basin aquifer was one of three INAs preventing any further use of groundwater for new irrigation.

Still, 80 percent of the state’s underground water is unregulated. Outside of the AMAs and INAs, there is no requirement to ensure an adequate water supply. Landowners can withdraw and use water for “any reasonable and beneficial water use,” even if pumping causes the aquifers to decline and neighboring wells to run dry.

By 1996, two-thirds of water used in the state was from underground water, with declining levels in nearly all the highly developed areas and agricultural around the state, she said. Land subsidence began occurring from the declining aquifers, Gibbon said.

Groundwater is also important to the flow and subflow zone of state rivers, streams and springs and declining water levels have a direct and devastating effect on wildlife reliant on the ecosystems those waters provide, she continued. Subflow are those waters below and adjacent to the beds of rivers and streams. Arizona treats flows and groundwater “as two different water sources even though they are connected as a single source.”

“Pumping depletes the aquifer and it doesn’t matter if the surface flow is also depleted,” she said. “It all leads to conflict between water users. It greatly complicates and intensifies the challenges in some parts of the state. There is nothing to stop us from continuing to add to the problem. Nothing to prevent the drilling of new wells.”

She showed a slide of the “overwhelming” proliferation of non-exempt wells, those that pump over 35 gallons per minute, by “out of state investors’” and mostly constitute agriculture, in the Willcox Basin stretching from north of Willcox south down to Sunsites and to the west in the Dragoons.

In fact, the Willcox Basin aquifer has the worst decline of any aquifer in the state with a decline from 2009-2019 of 28 feet in some parts of it and 91 feet in others. This may be due to the megafarms which dig deeper wells “and quietly and irreversibly” drain the water in the aquifer. These deeper wells can cause neighboring wells to go dry. People find it hard to pay $10,000 and up to have their wells drilled deeper because it is “cost prohibitive.”

Gibbon said the Hualapai basin near Kingman may have just 60 years of accessible water left in the ground. It is a good example of what is happening in the rural areas not governed by AMAs or INAs.

She also noted the disappearing perennial reaches of the Santa Cruz and San Pedro rivers which have become intermittent due to groundwater pumping.

“Local authorities have no jurisdiction over water resources until the state legislators give the authority to them,” she said.

To that end, environmental and civic groups have been working with some in the state legislature, but they have been unable to move forward. She hopes the coming legislative session will be more productive on water issues in the rural areas.

In the meantime, there are measures people can take to reduce and conserve water at the home front by installing low flow water fixtures, xeriscaping and just being aware of wasteful use.

Reusing water like the Sierra Vista Environmental Operations Park which takes the population’s sewage, treats it and sends it to lagoons which allow the water to seep back in the ground and the aquifer and creates an amazing birding site, as well.

Conservation measures such as ending approval of new, man-made lakes in developments or charging more for those high use water accounts or even charging a tax to pay for recharge projects to put water back in the ground. While the latter may seem like a good idea, an increase in population can wipe out any water recharge, she said.

“We need to change state law through considerable discussions to come up with viable solutions,” said Gibbon.

Paul told the group, “During the last legislative session, there were discussions about expanding groundwater protections. We testified for several bills that would allow the rural communities control of groundwater resources.”

She suggested the Arizona Department of Water Resources (ADWR) be permitted to look into groundwater declines and pumping amounts to determine if the area could be closed to new irrigation and be permitted to create additional INAs.

There was also a bill discussed which would give the Boards of Supervisors in the rural counties to establish best management practices and the authority to create management areas in their communities. It was only heard, though, for informational purposes and was not voted on in committee.

“There is an urgent need to provide rural communities with the tools they need to manage their groundwater supplies,” concluded Paul.

To view the 45 minute presentation, go to: https://www.audubon.org/news/sustaining–healthy–groundwater–levels–critical–habitat–birds–and–people.

Information on the Water for Arizona Coalition: https://www.waterforarizona.com/.