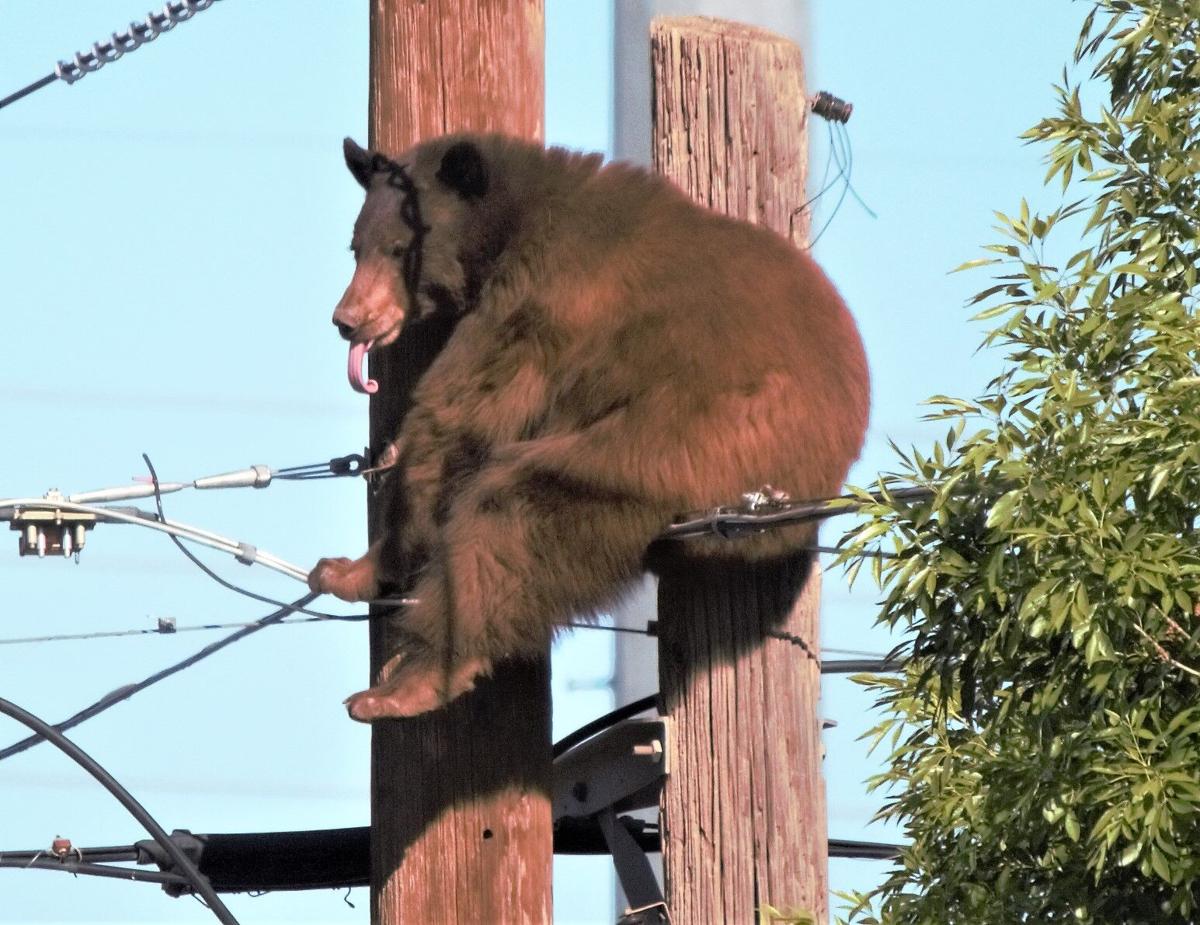 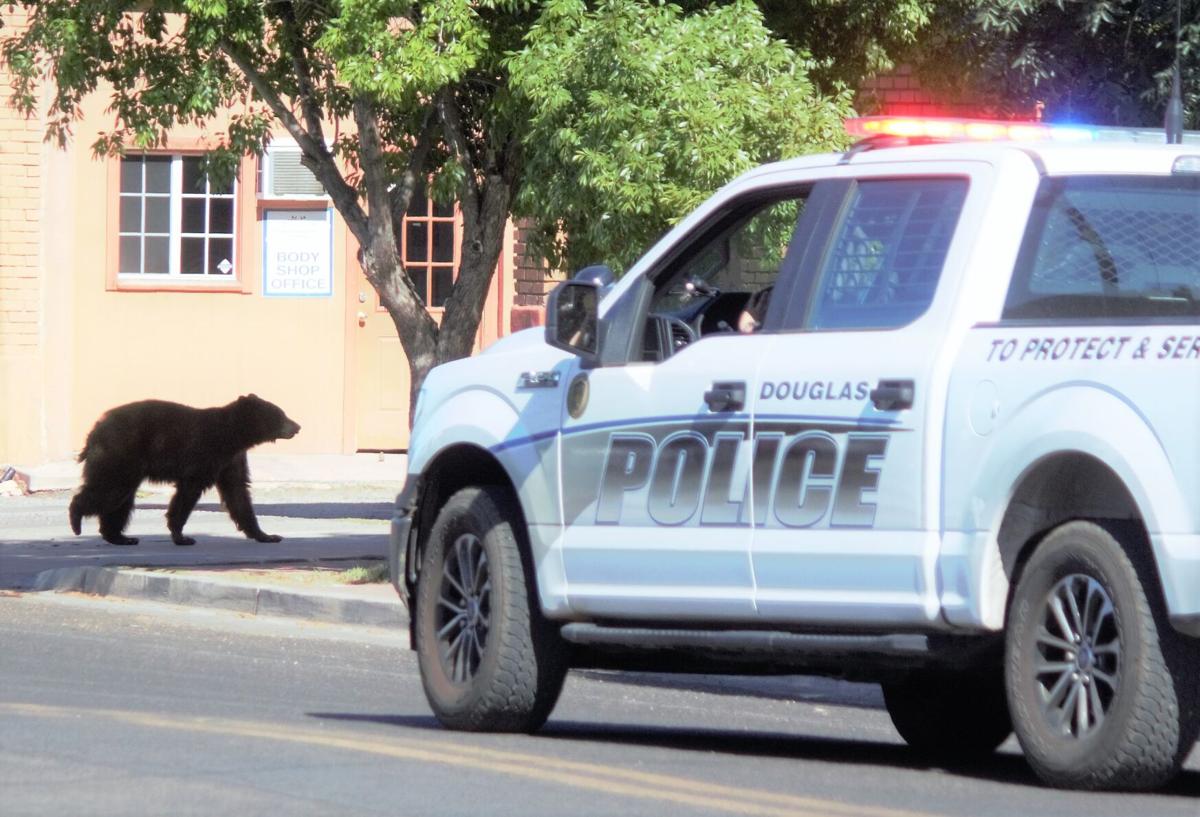 Douglas Police officer Vanessa Romero watches from her police truck as the bear moves toward another utility pole on 13th Street. 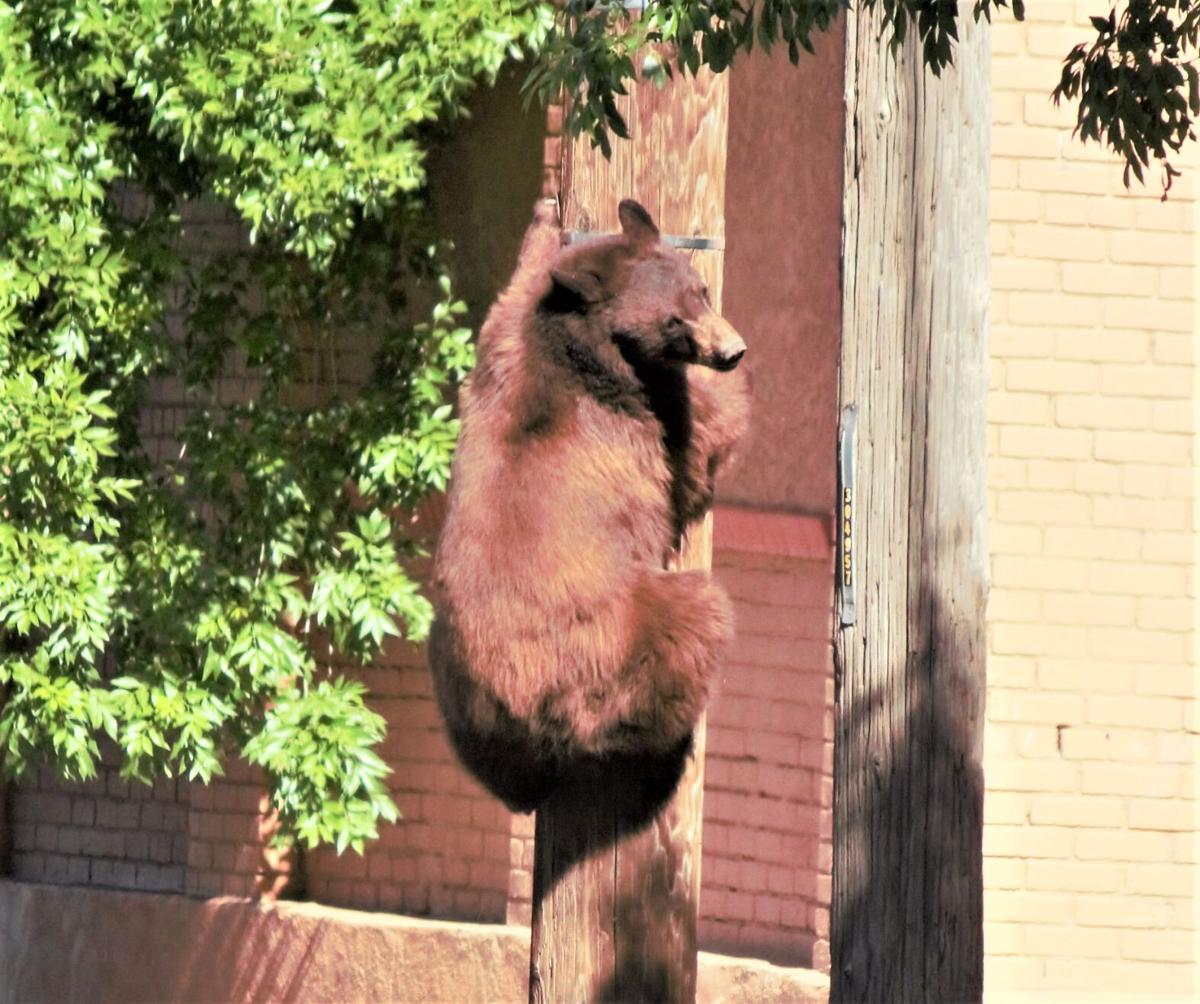 The unexpected Douglas visitor makes his way down a utility pole before moving to another pole where he remained until Game and Fish officials arrived on scene. 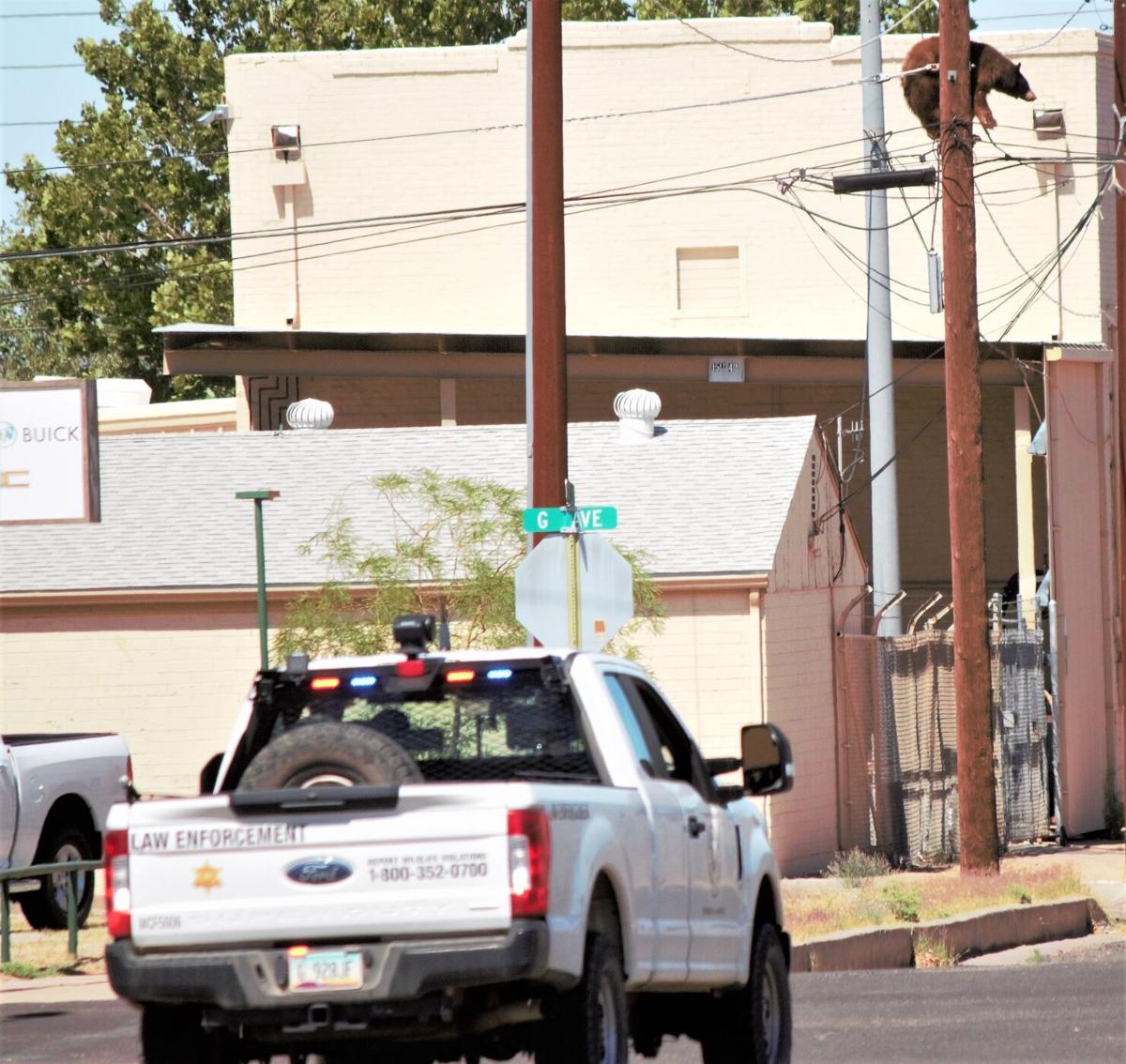 Game and Fish officials monitor the bear, who is sitting on an APS-owned utility pole outside its maintenance yard on 13th Street Sunday. 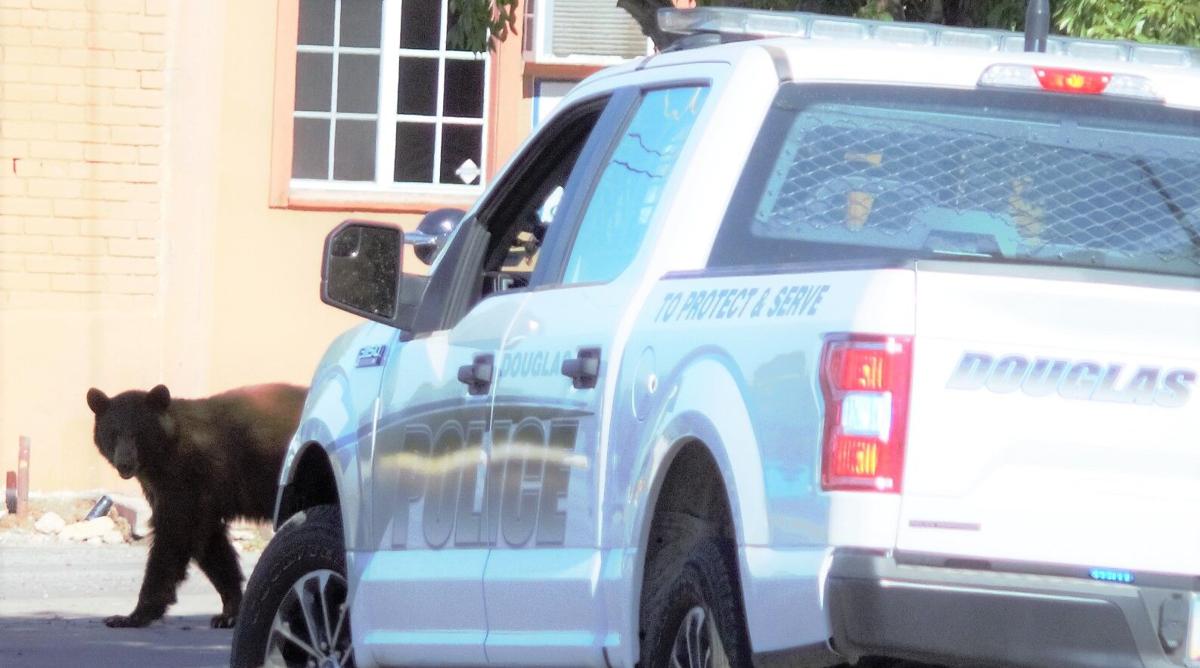 Douglas Police officer Vanessa Romero watches from her police truck as the bear moves toward another utility pole on 13th Street.

The unexpected Douglas visitor makes his way down a utility pole before moving to another pole where he remained until Game and Fish officials arrived on scene.

Game and Fish officials monitor the bear, who is sitting on an APS-owned utility pole outside its maintenance yard on 13th Street Sunday.

DOUGLAS — Douglas had an unexpected visitor early Sunday morning, which triggered a public response as local residents were curious as to what was going on.

Sometime between 6 and 7 a.m. a relatively large brown bear was spotted in the alley between 11th and 12th Streets just off of G Avenue. Apparently spooked by all the unwanted attention, it scurried up a utility pole near the back of Borderland Chevrolet Buick GMC where it remained for a while.

According to Mark Hart, public information officer for Arizona Game and Fish, the bear is believed to have been a male, weighing approximately 200 pounds and was an estimated 5-years old. Hart said paw prints indicate the bear had entered the area from the west.

“Bear habitat is 5,000 feet and above typically,” Hart added. “It was probably looking for resources. This bear, even though it had been bedded down for the winter, looked very healthy. It was a good-looking bear.”

As word began to quickly spread around Douglas that there was a bear downtown, a small crowd of residents flocked to the area, one of which had a drone hoping to get a better view. The unwanted attention led the bear to descend down the poll and scurry down the alley toward 13th Street, where it found another utility pole to climb off the APS maintenance yard where it remained until officials from the Arizona Game and Fish Department arrived.

As the public attention increased, the DPD, along with assistance from the Cochise County Sheriff’s Office and the U.S. Border Patrol, expanded its secure area for several blocks attempting to keep the public safe while also avoiding further agitating the bear.

Shortly after arriving, Game and Fish officials in consultation with the DPD decided to shut down Pan American Avenue in both directions and allow the bear to come down the pole, cross Pan American and proceed toward Whitewater Draw where it is speculated the bear came from in the first place.

While all this was taking place local APS officials were working to monitor the situation and avoid electrocution to the bear while also keeping power going to homes and businesses in the immediate area.

A short while later the bear climbed down the pole, ran toward the desert with Game and Fish officials on its tail in an effort to push it deep inside the area.

“There was such a commotion I’m sure that bear is going to think twice about coming back,” Hart said. “We have to put down bears from time to time but before we do that we look at their behavior and frequenting high human use areas, attempting to enter occupied structures, huffing, standing on their hind legs. This particular bear was in the wrong place at the wrong time.”

Traffic returned to normal and the area that had been shut down was reopened shortly after 10 a.m.