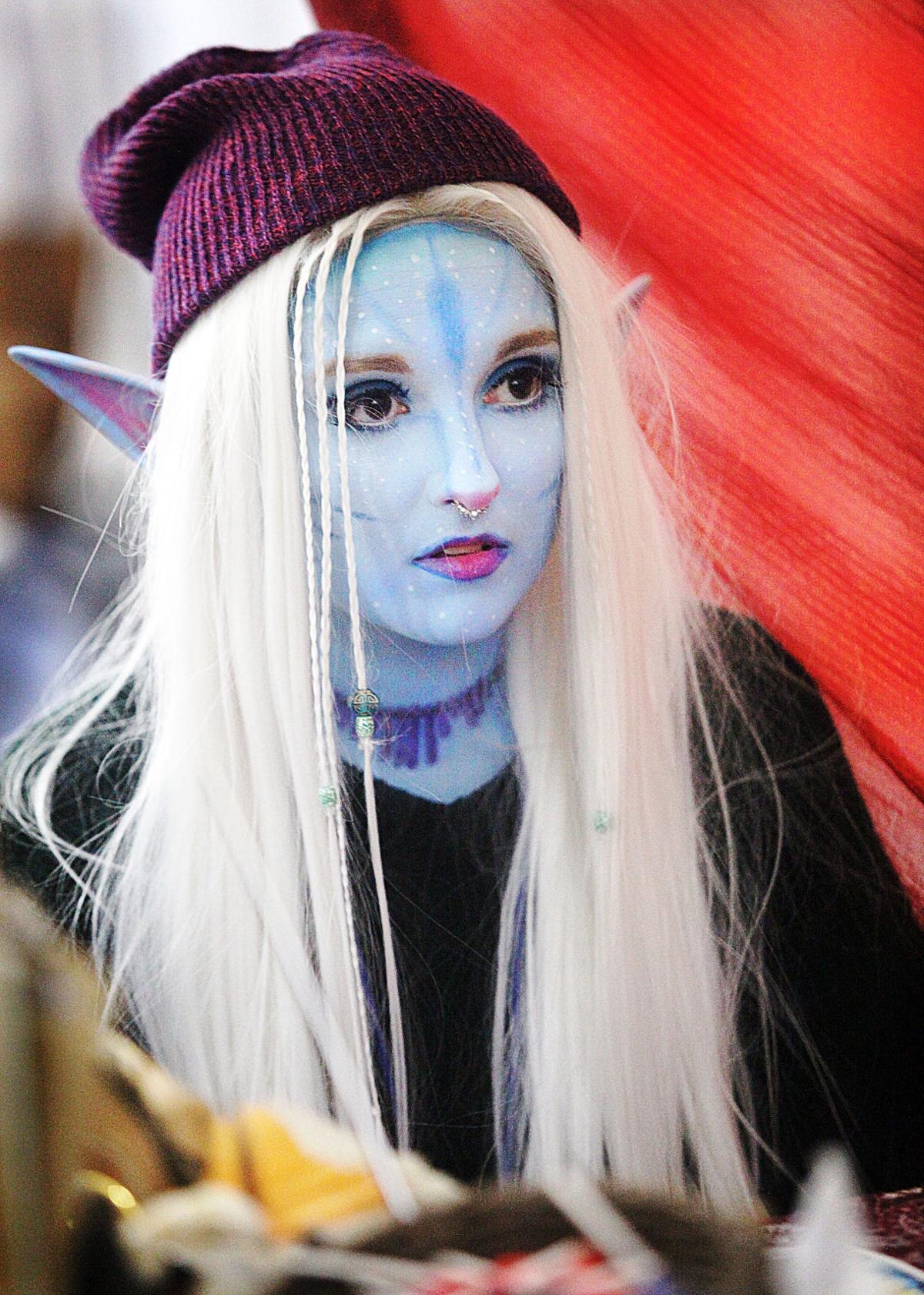 Sierra Vistan Aulora Cluff has a tarot card reading while she attends the annual C4 2020 event at Cochise College in Sierra Vista. 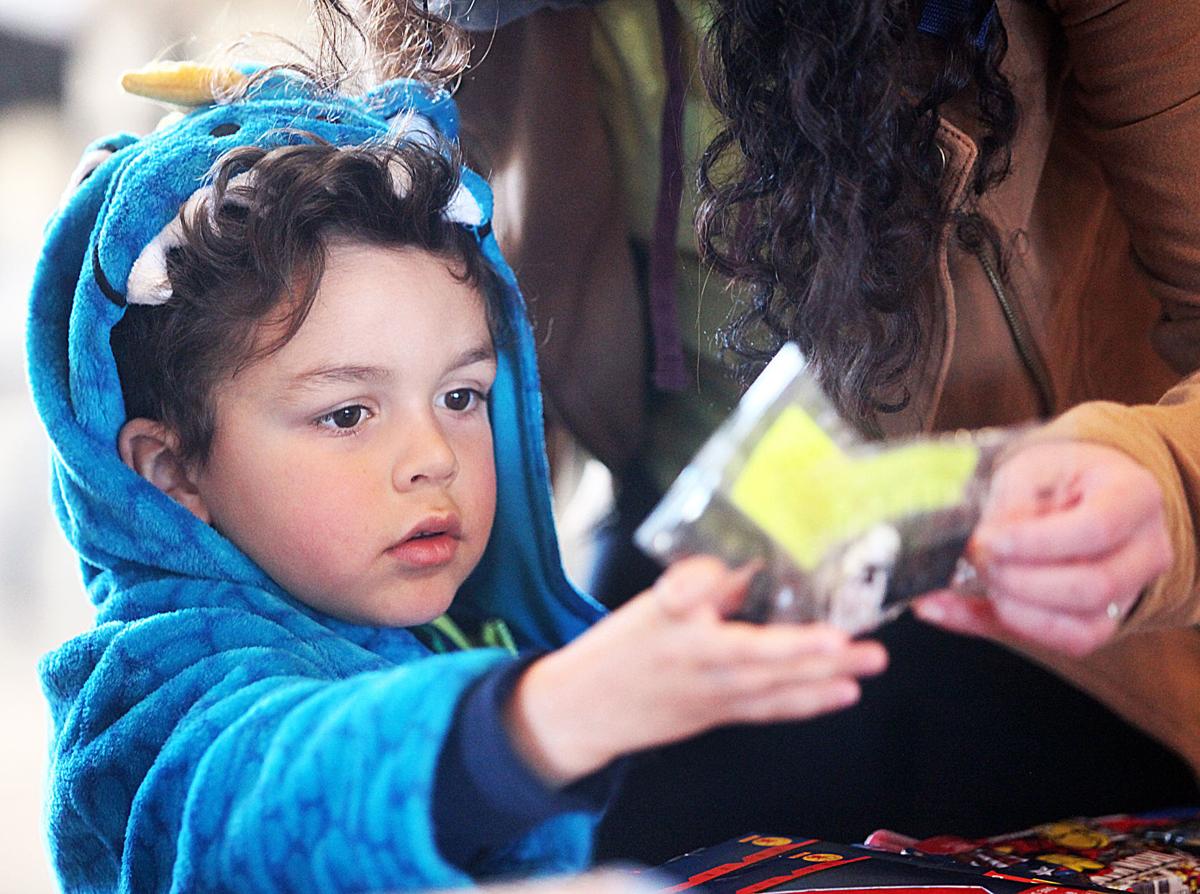 Miles Westen, 4, spends part of his birthday visiting the C4 2020 event on the Sierra Vista campus of Cochise College. 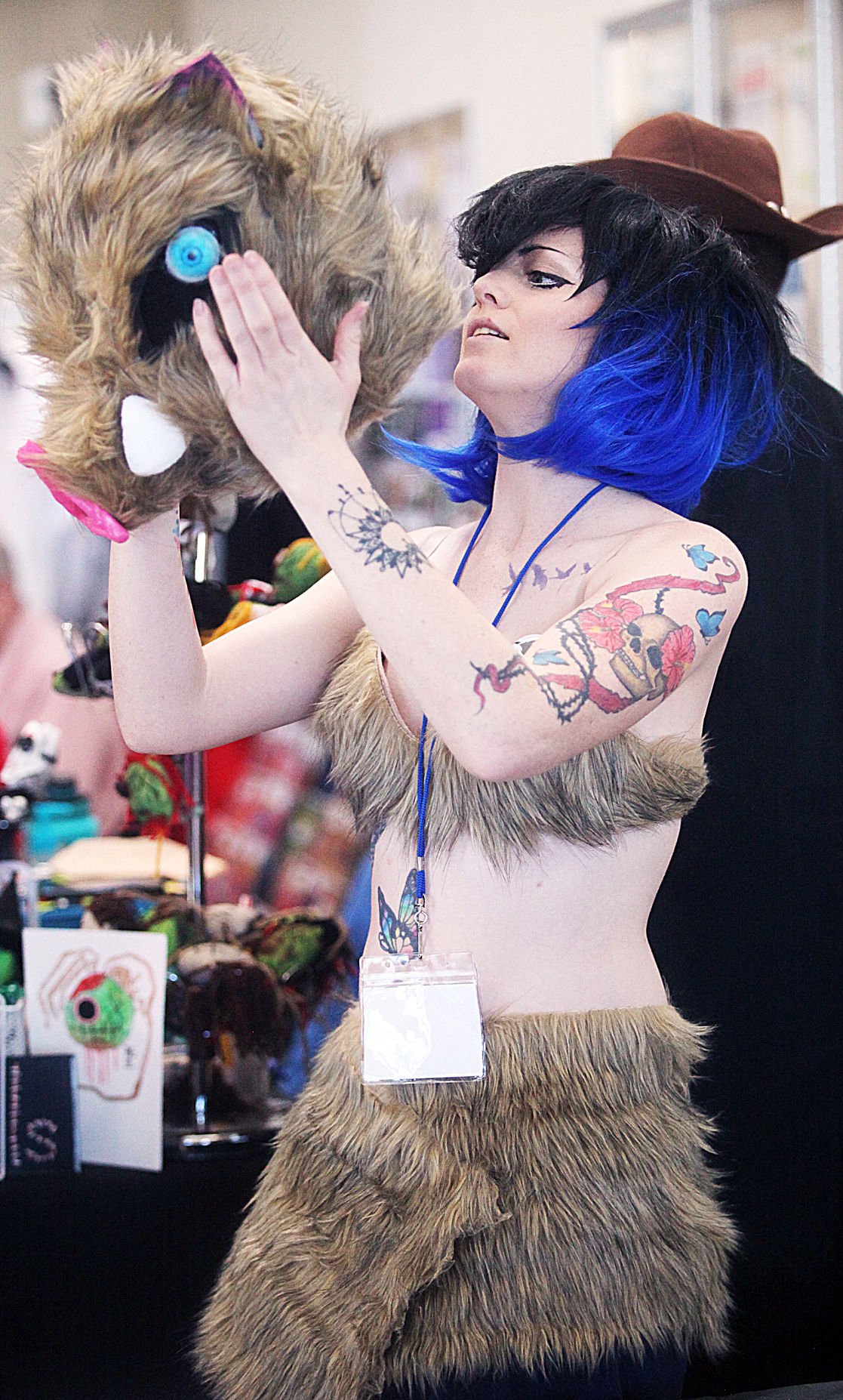 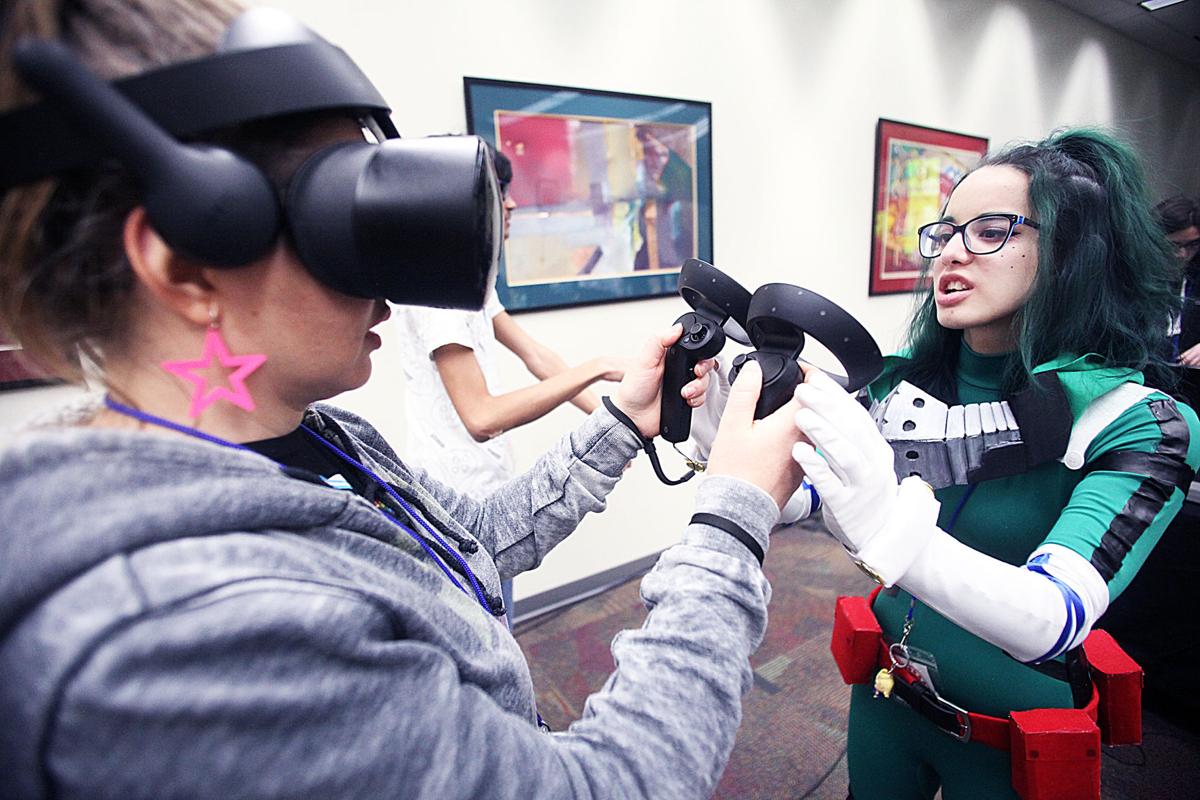 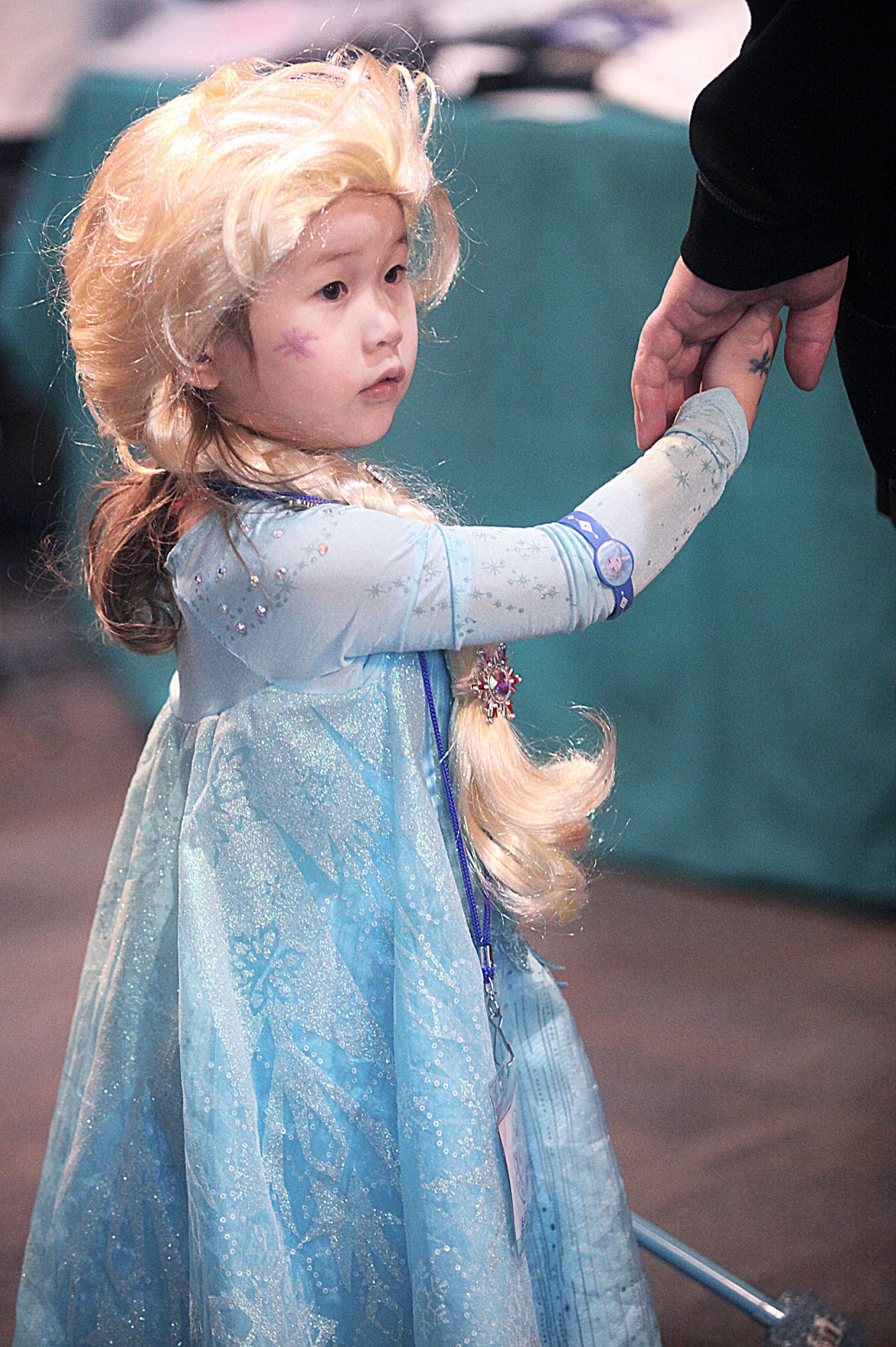 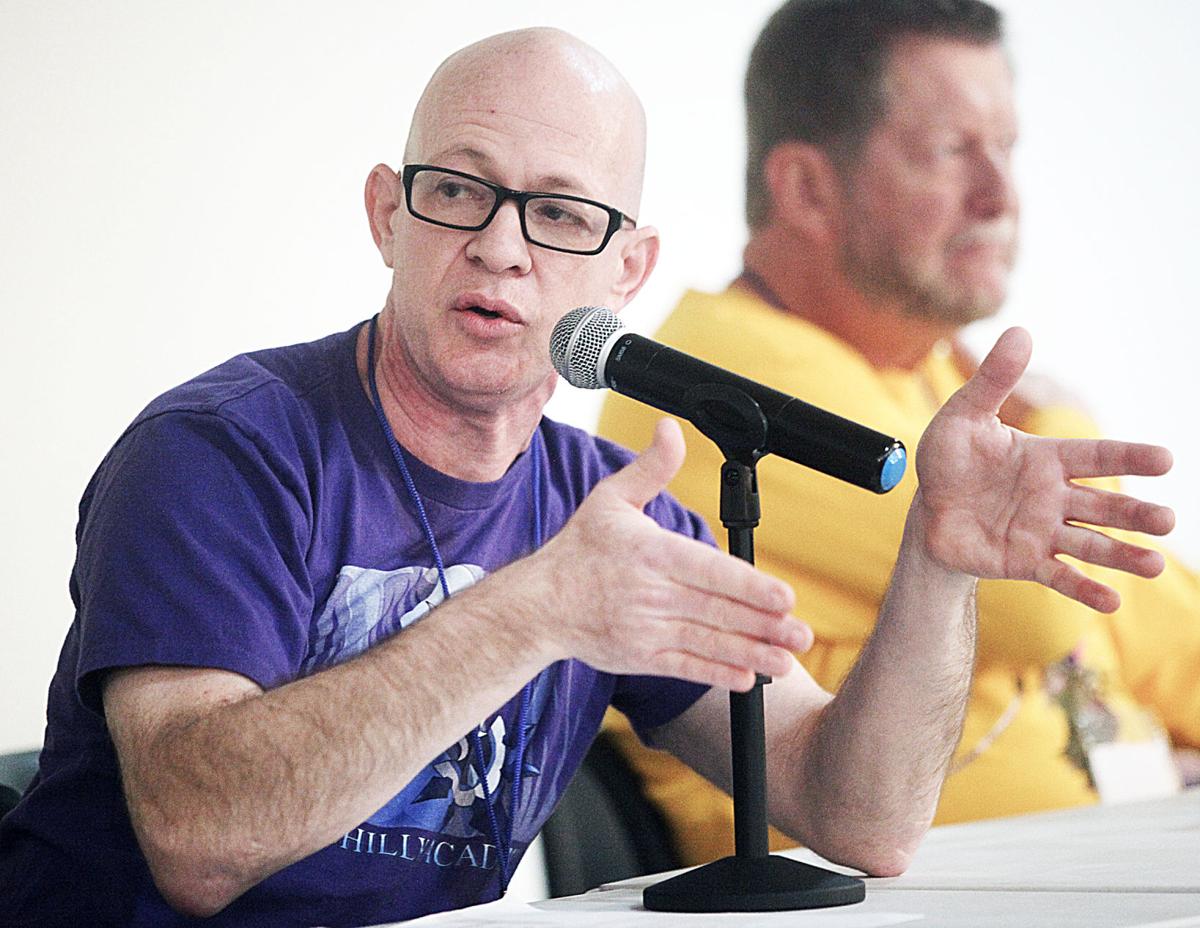 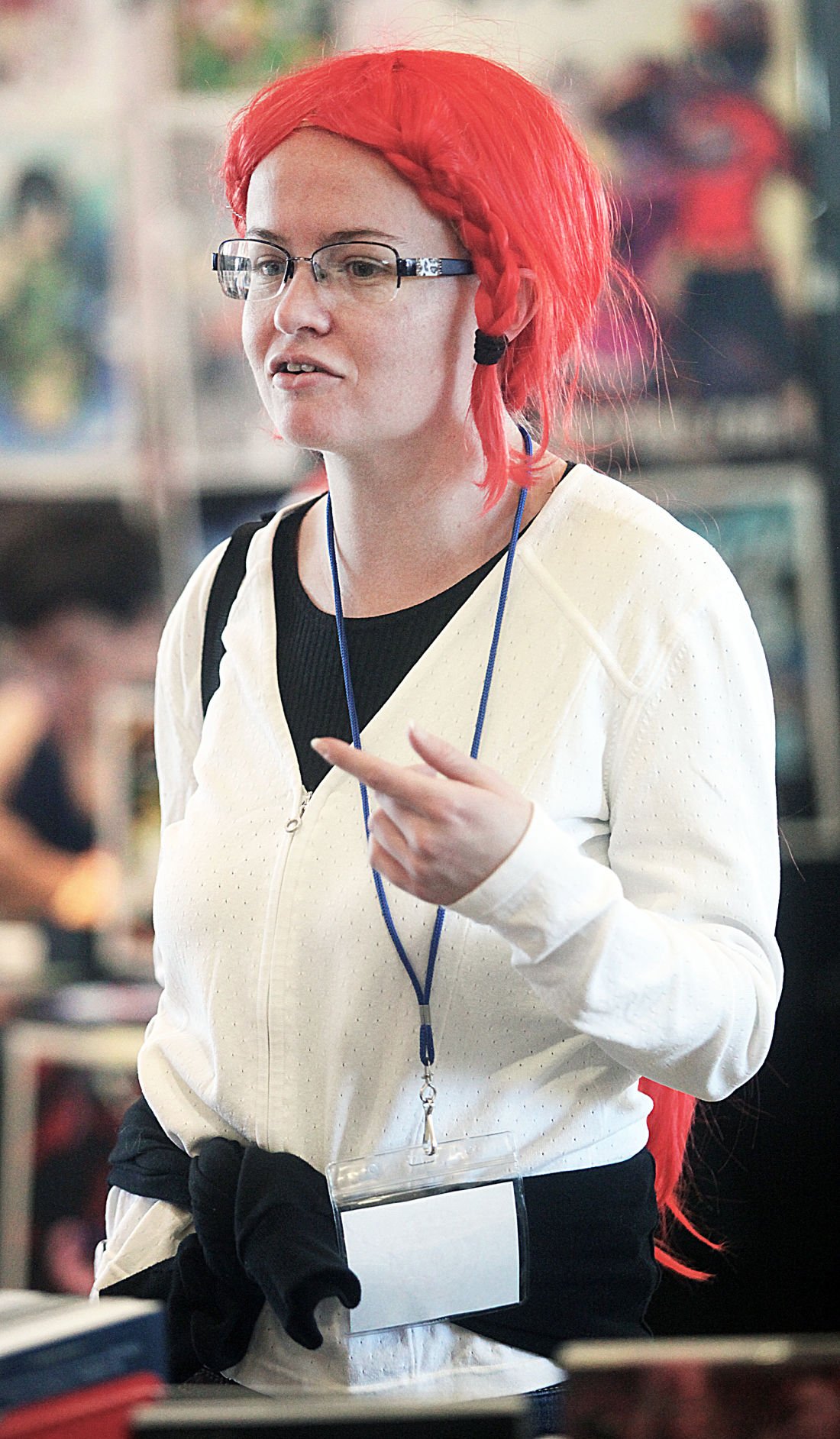 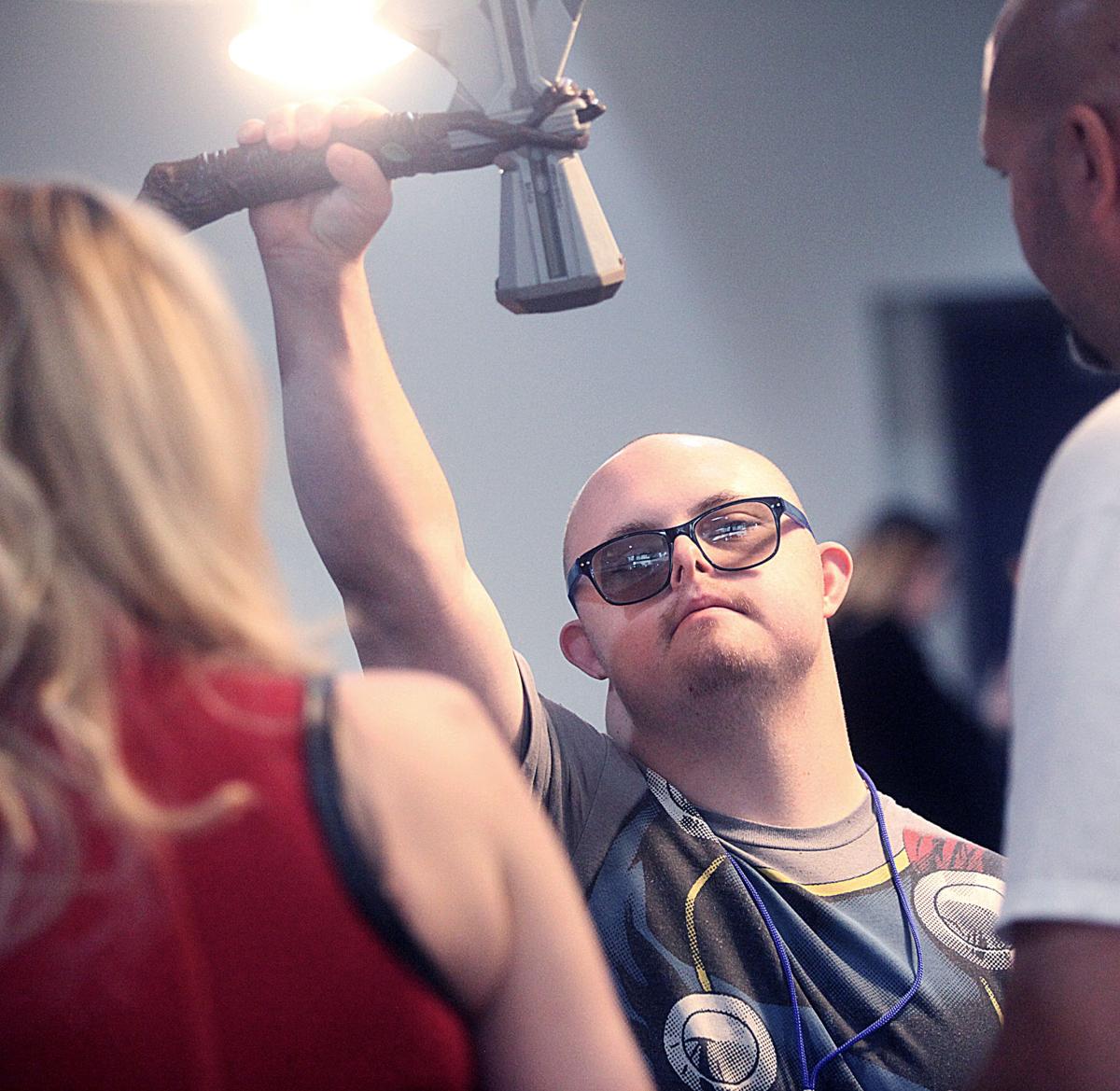 "Always be Thor" is the mantra of Thor Sypien as he participates in the annual C4 event in Sierra Vista. 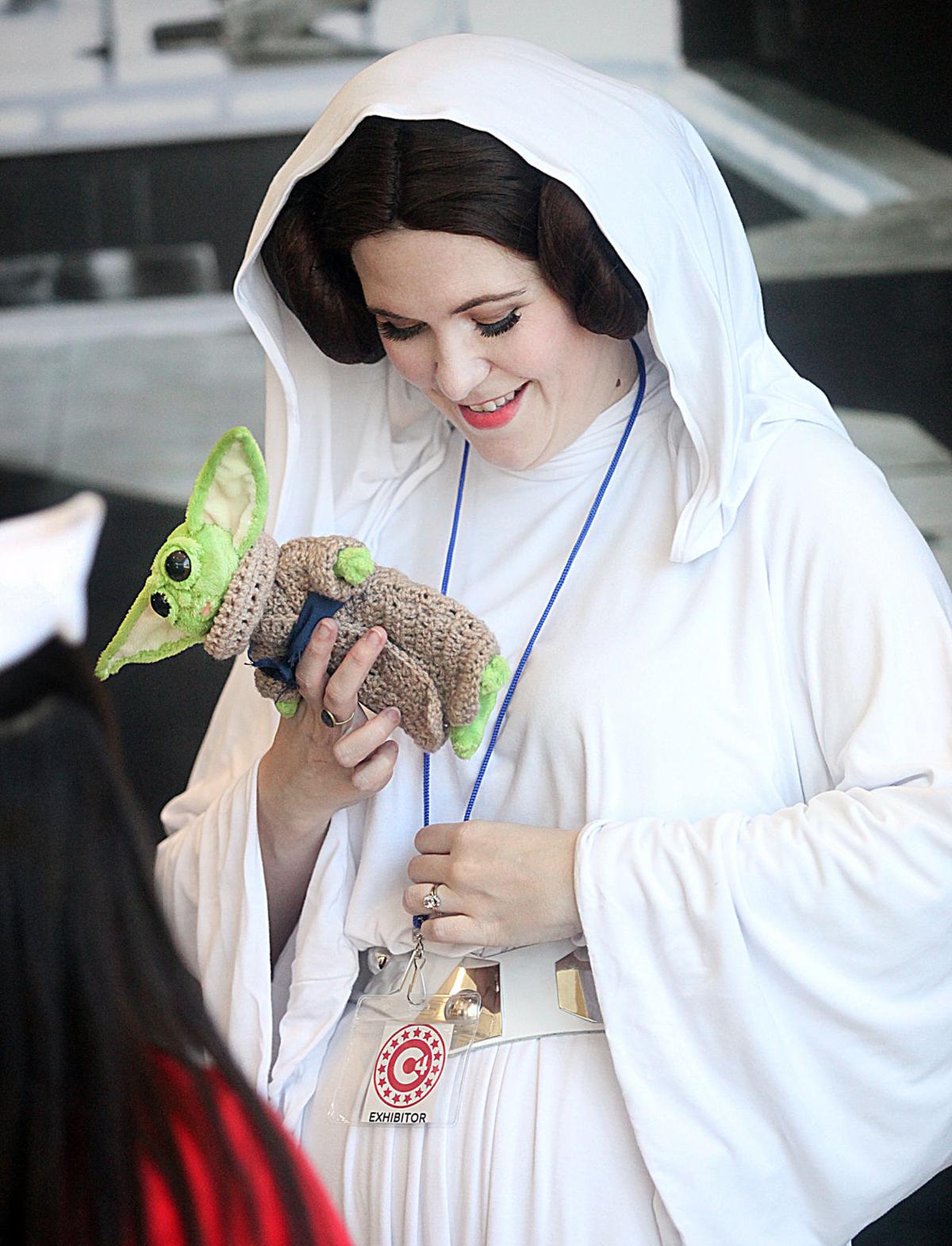 Characters straight from the pages of comics and sci-fi lore were on hand at this weekend’s comic con. 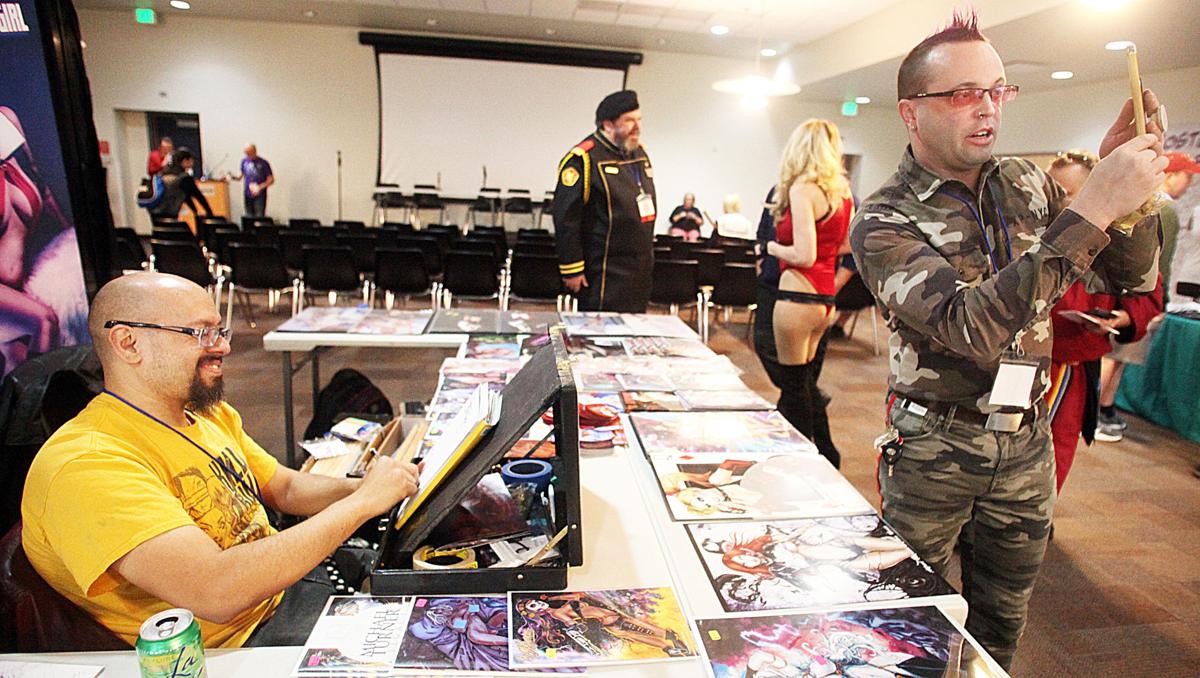 Sierra Vistan Aulora Cluff has a tarot card reading while she attends the annual C4 2020 event at Cochise College in Sierra Vista.

Miles Westen, 4, spends part of his birthday visiting the C4 2020 event on the Sierra Vista campus of Cochise College.

"Always be Thor" is the mantra of Thor Sypien as he participates in the annual C4 event in Sierra Vista.

Characters straight from the pages of comics and sci-fi lore were on hand at this weekend’s comic con.

SIERRA VISTA — The world of voice acting can be a cutthroat business.

During this weekend’s Cochise College Comic Con (C4), actor Quinton Flynn described how he was replaced as a popular character on an anime series while he was out of the country.

He recounted, “So, I came back and said, ‘Here I am,’ and the producers were like, ‘It’s great to see you!’ And I replied ‘You recast my role?’ and they said ‘Well, it was only for a few episodes!’”

And that’s why Flynn is no longer the voice of Aruka Umino in the latest installment of the “Naruto” anime series, “Boruto: Naruto Next Generations.”

That was just one of numerous insights and behind-the-scenes looks shared with fans as Flynn and fellow voice actors Derek Stephen Prince and Peter St. Paul took the stage during C4’s many panels last weekend.

The trio also discussed what it was like for them to get into voice acting, and gave tips on things anyone aspiring to follow in their footsteps can do to improve their chances.

“Sometimes, they just give you a generic description, and you have to come up with something,” Prince said. “Often, they don’t even know what they are looking for, but they bring you in because you have done a similar voice to what they might have in mind.”

All three advised that to become a voice actor, one must hone their craft as a “normal” actor as well, and be comfortable with the long and sometimes confusing process.

“There will be people from all over the world listening to you do a line,” St. Paul said. “And you will say something like, ‘He will know.’ And then they will debate it for 10 minutes before telling you to go on to the next line.”

Throughout the weekend, many panels were held for anyone looking to dress up as their favorite character, or create their own.

During a featured panel, cosplayers Kanracos (Max Beckham) and HaHa Cosplay (Haley Hanson) answered questions about how to get started, even if someone doesn’t have a lot of money to spend on costumes.

“Some of my cosplays are just a wig and a black T-shirt, you can get creative even without a lot of resources,” Beckham said, explaining how she executes her “closet cosplay.”

The cosplayers all said they had different reasons for creating costumes and bringing characters to life.

For Beckham, it’s her way of building a portfolio for a potential career.

“I want to do costume design for a company in Texas, so if I can put these together and show them what I can do, maybe I will have a shot,” she said.

While not getting insights from actors and cosplayers, C4 attendees roamed the college campus, participating in virtual-reality gaming, chatting with fellow sci-fi and comic fans and pursuing the many wares available.

Everything from “shrunken heads from Ecuador” to onesies with “Harry Potter” motifs could be found inside the college’s transformed student union, along with several artists, including Kid Ever.

“You don’t get a masterpiece for free,” the artist and comedian joked when asked about the “free convention sketch” he offers. For $10, he created a commissioned sketch of an anime character for a delighted fan.

Kid Ever was also part of a comedy sketch to close out Saturday night’s events, with an encore Sunday performance. Also rounding out the first day was voice actor Prince, with an 18-and-over panel for a cadre of his most dedicated fans.

The panel began with a parody of Randy Newman’s “You’ve Got a Friend in Me” and quickly degenerated into a very adult, risqué experience, much to the uncomfortable delight of those in attendance.

Prince described a number of actions that can’t be repeated here, all in either voices he has done in shows or games, or voices that he can imitate, including Elmo and Donkey from “Shrek.”

By the end, Prince was lamenting what life was like in the swamp for Shrek after married life caught up with him.

“I gave you a house, I gave you a giant mud swamp, what else do you want from me, woman?” Prince, as Shrek, hollered in a Scottish tone, with a few expletives thrown in as the audience laughed.

“And that’s all of got to say about that. So with that, I wish you all a kind adieu, and a good rest of your evening,” Prince exclaimed to conclude the panel.

Ron Hyde, one of the organizers of the fourth annual event, said more than 1,200 people attended the event from all over the U.S.

“We loved organizing the event and look forward to having another C4 next year,” Hyde said Monday.

Although he didn’t have an exact number as of Monday, Hyde said “thousands of dollars” will be donated to the nonprofit CANTER, thanks to the ticket sales.