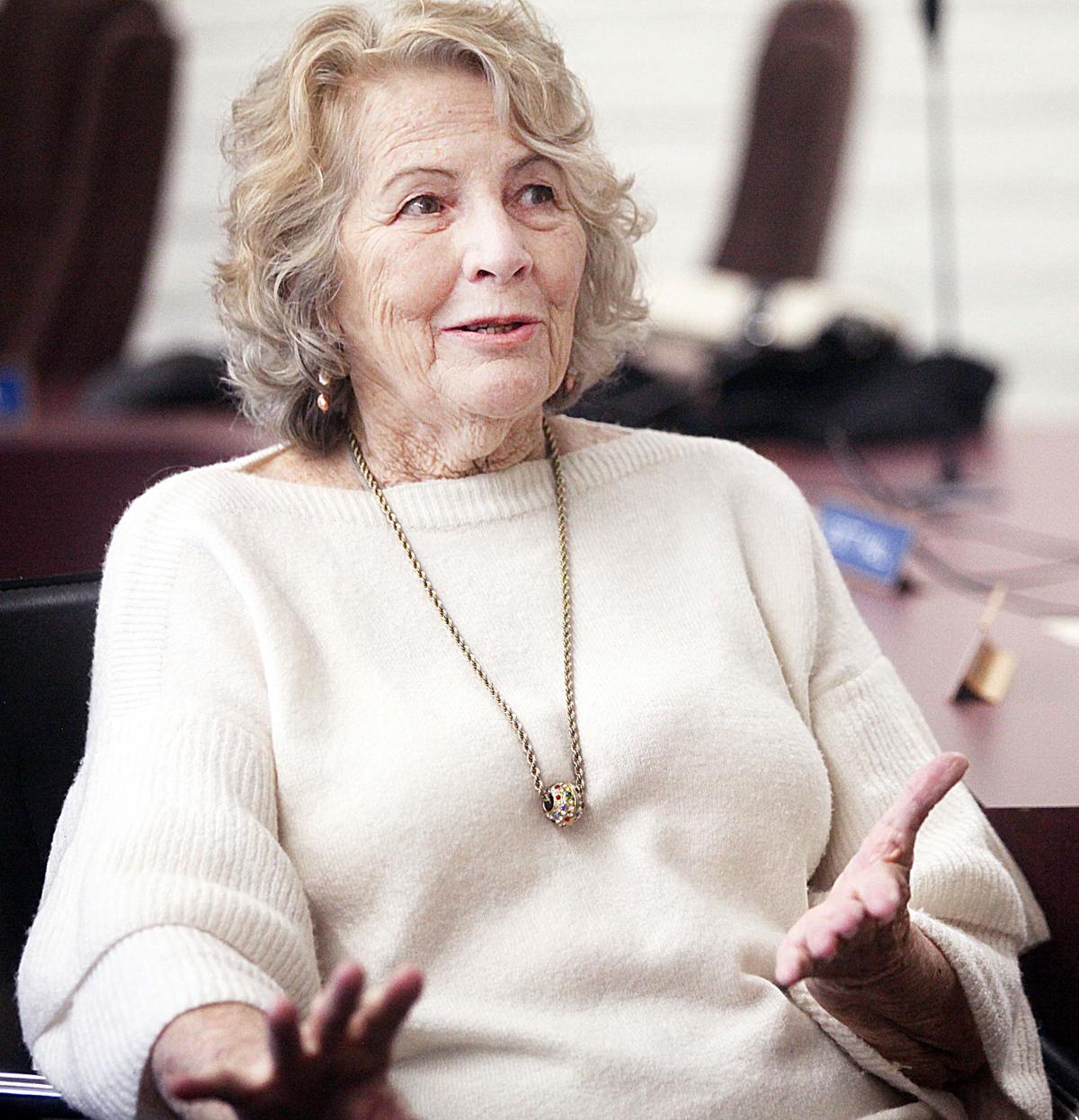 Bisbee Unified School District Board President Carol Loy talks about school grants to be used for, among other things, beautifying the district grounds and creating a xeriscape garden. 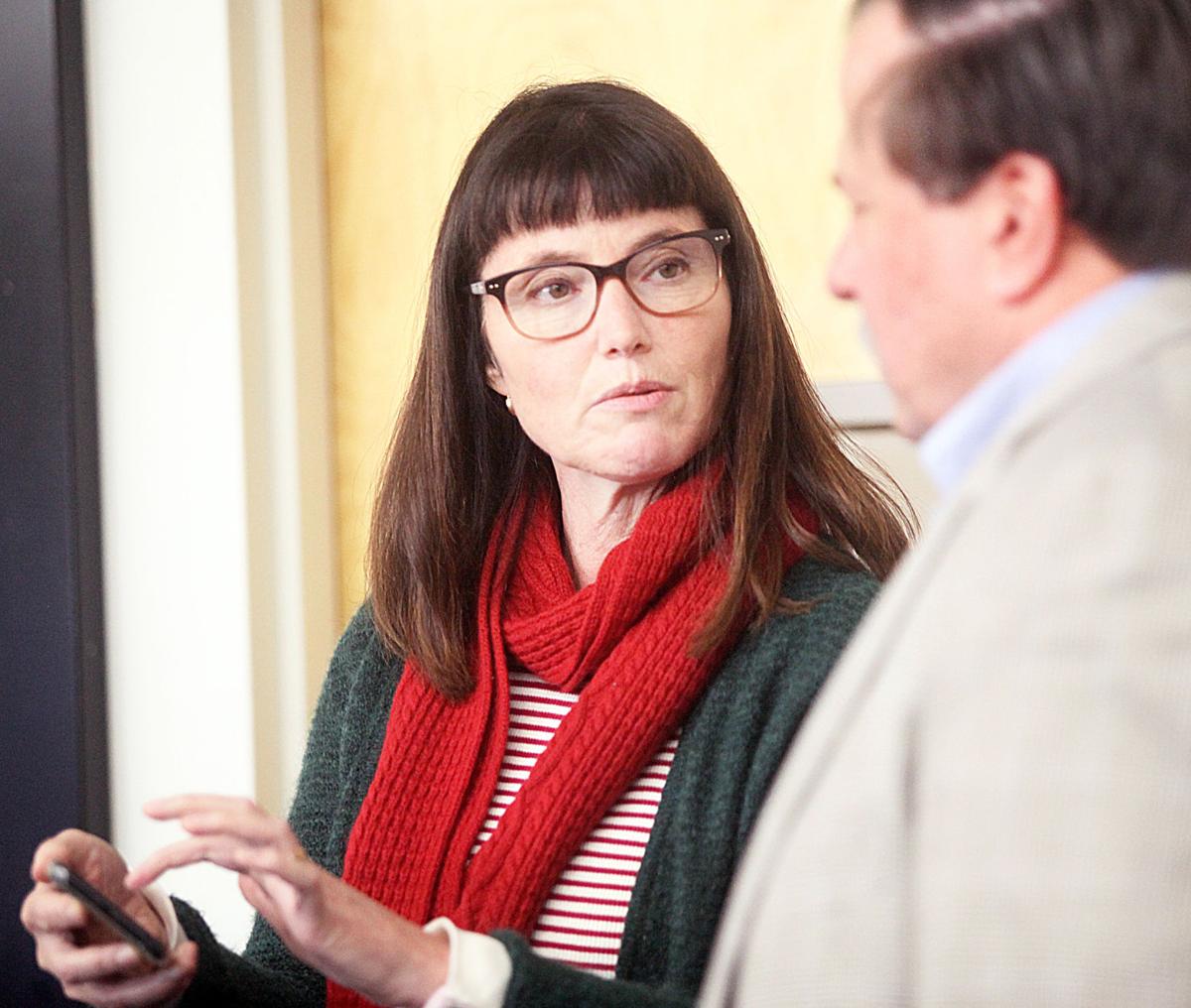 Danielle Bouchever discusses possible plans from the school grants for the Bisbee District during a meeting at the district offices earlier this week. 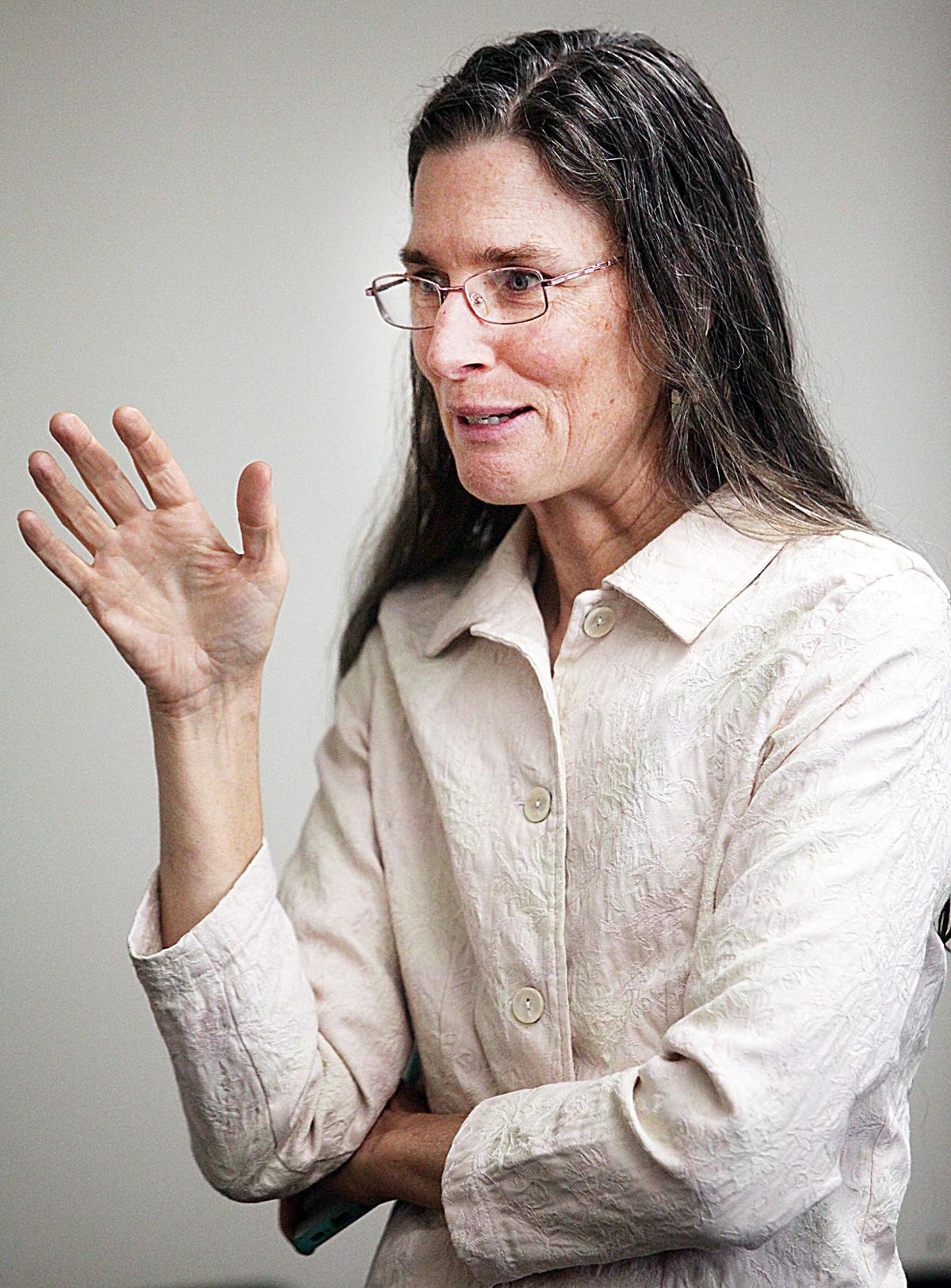 Bisbee Unified School District Board President Carol Loy talks about school grants to be used for, among other things, beautifying the district grounds and creating a xeriscape garden.

Danielle Bouchever discusses possible plans from the school grants for the Bisbee District during a meeting at the district offices earlier this week.

BISBEE — In a small town like Bisbee with limited resources, there always seem to be people in the community who band together to get things done.

Old Bisbee Firewise is a prime example of a community working toward a common goal — the prevention of fires in the risky, canyoned enclave where 100-year-old homes are scattered up and down slopes and some are built so close together there is little or no room between them.

The nonprofit has some 400 members now and while the main goal is to prevent and reduce fire risk in the historic district, another goal is to educate residents on how what is planted can add to the risk of spreading a fire.

Danielle Bouchever and Ann Carl had the idea of creating an educational landscaping project and what better place to do it than in front of the Bisbee Unified School District’s (BUSD) administration building in the San Jose district. It also houses an annex of the Copper Queen Library and thanks to the nonprofit Bisbee Science Exploration and Research Center, the children’s Friday Science and Maker Tinker programs.

As Carol Loy, president of the BUSD board, put it, “We wanted this to become a community center as well as house our administration offices. San Jose in one of our underserved areas and has many families with children living here. This is community outreach at its best.”

She and BUSD Superintendent Tom Woody welcomed the new idea from Bouchever and Carl and look forward to the landscape project approved by the school board.

Bouchever added, “This part of town needs some attention, especially here where there is so much activity. It was time to start something in San Jose.”

A landscaper has agreed to help and will provide all the plants at cost, noted Bouchever.

Carl said, “We have a lot of fuel reduction to do in Old Bisbee. But we don’t want people to think we’re anti-vegetation. Here, we can showcase the right plants and trees so people know what works best.”

All the plants, trees and bushes will be focused on what will grow in the high desert and elevation without needing much water, noted Bouchever. Everything will be labeled and have a description so people will know what to look for when planting their own gardens.

Included in the project is rainwater harvesting and an in-ground, drip irrigation system.

“We can just tell people to go down to the district office and see what is appropriate,” added Carl.

Bouchever stated, “It promotes knowledge of appropriate tree planting that is resilient and diverse, the care of trees, protection of the community by supporting ecosystems, the importance of trees in a community and climate issues.

It is designed to promote citizen involvement supporting long-term and sustainable community forestry.”

They hope it will also encourage people to remove aging or fire risk vegetation from their properties and replace them with those suggested in the xeriscape garden.

To be able to pay for the plants, bedding material and fencing, a grant is needed, so Bouchever applied for $20,000 from the Arizona Department of Forestry and Fire Management (DFFM).

The total budget is $53,854, but all the volunteer help counts toward an in-kind match and makes up the difference.

And once again, Danielle and her husband, Sloane, have stepped forward to help with a $4,240 contribution toward the project.

Loy said with a smile, “We’ll have to repaint the school to make it all look good.”

Woody agreed and said a new sign designating the building as the BUSD administration would also need to go up on the front wall.

Loy also suggested students who get in trouble be required to spend some time helping with and keeping up what will be an attractive, educational work of art.

If the grant is approved in January, they expect work to begin on Earth Day, April 22.