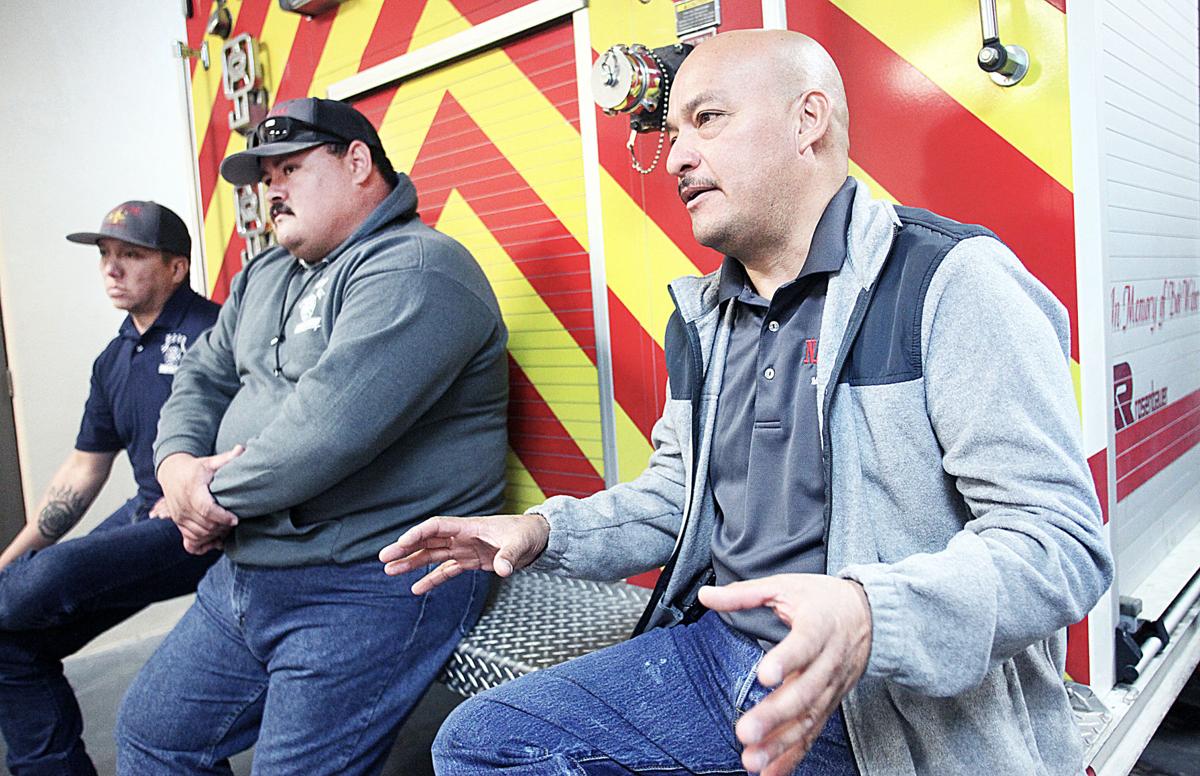 Naco Fire District Chief Jesse Morales talks about the history of the district, which began in 1959. 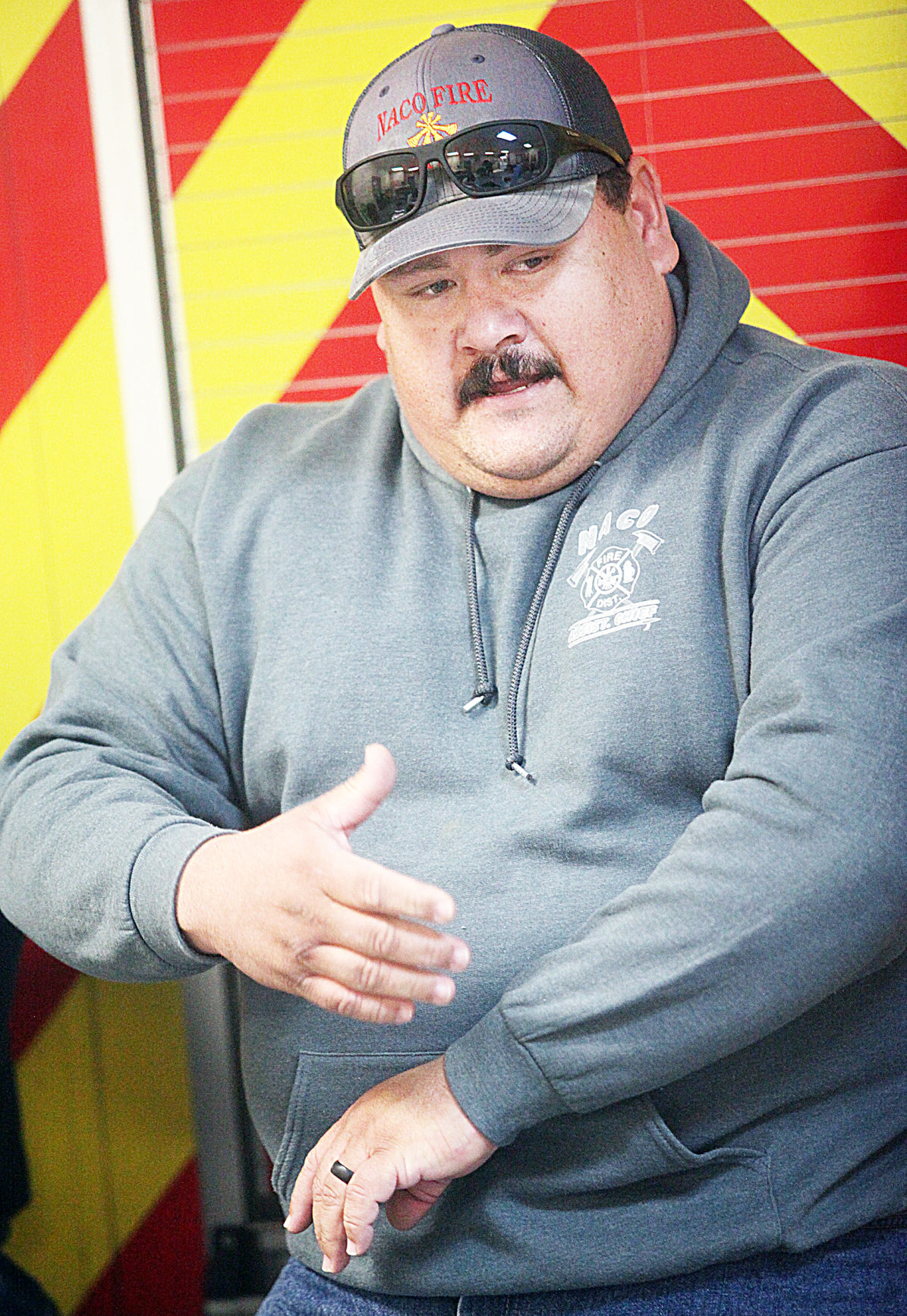 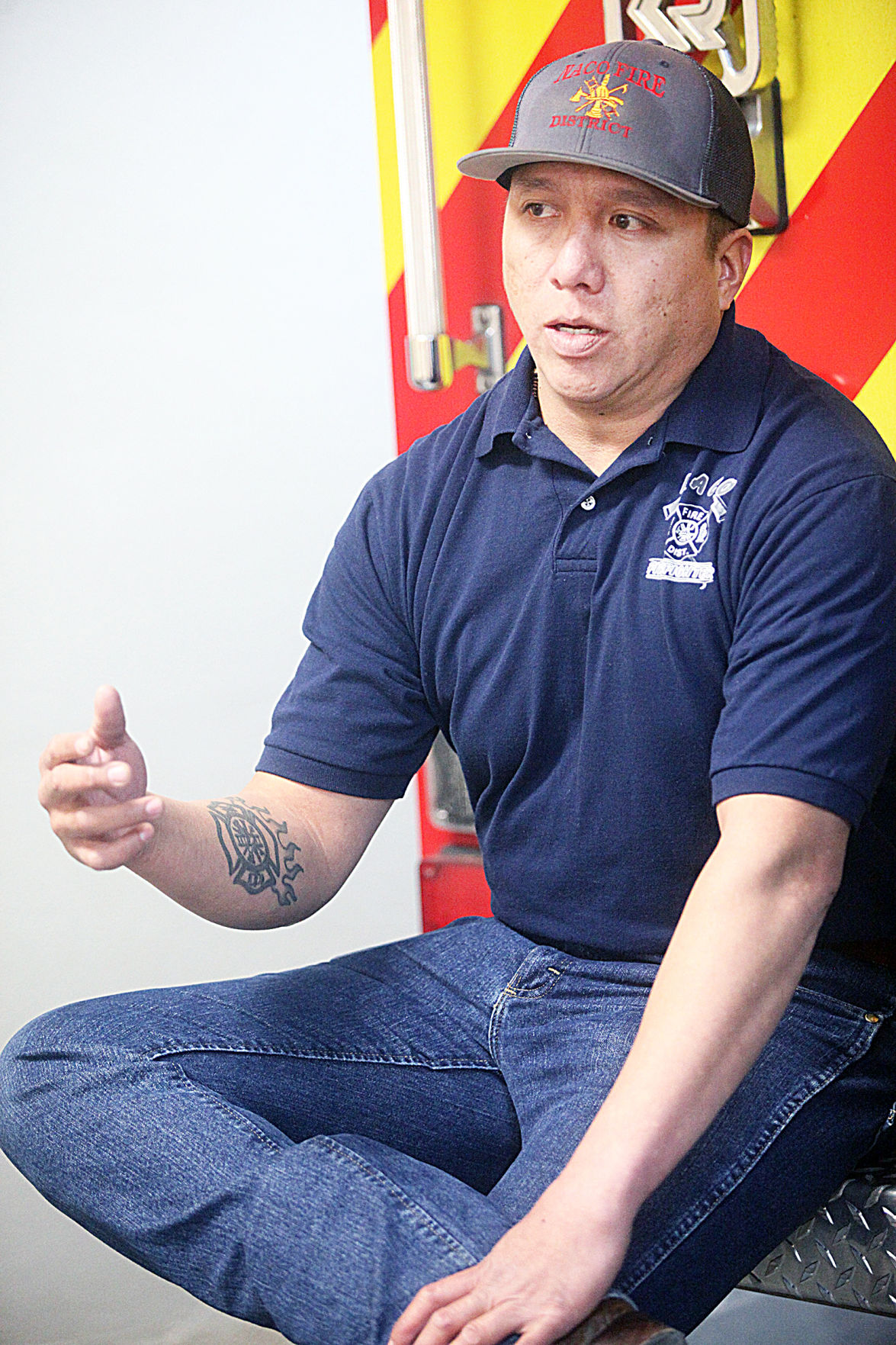 Naco Fire District Firefighter Ray Chapman discusses what it’s like to be a volunteer firefighter. 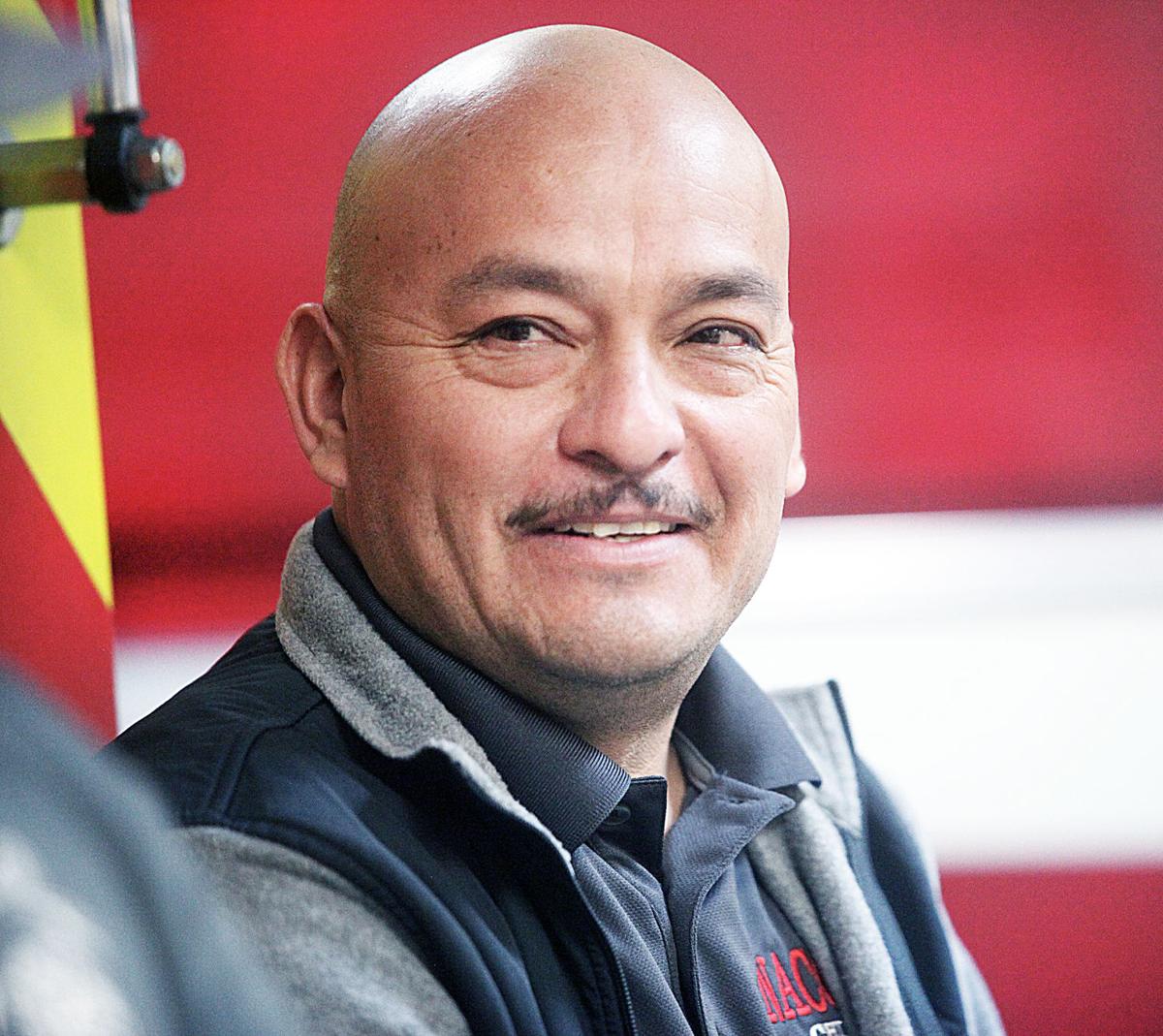 Jesse Morales has been the Naco Fire District chief since 2008.

Naco Fire District Chief Jesse Morales talks about the history of the district, which began in 1959.

Naco Fire District Firefighter Ray Chapman discusses what it’s like to be a volunteer firefighter.

Jesse Morales has been the Naco Fire District chief since 2008.

NACO, Ariz. — While hundreds can hear the alarm that can only be described as what sounds like a train horn, only a few respond.

When the signal sounds, even if it’s at 2 or 3 a.m., volunteers from the Naco Fire District head to where they’re needed to meet each other, get their gear and learn their task. Jesse Morales, the station’s fire chief since 2008, said their calls range from being first responders to the Naco Port of Entry, translators, support for other fire crews and helping their community in any way they can.

Because the district is completely volunteer, Morales said the way the response team works is whomever is available goes to the call, whether it’s in Naco, Bisbee, Douglas, Sierra Vista or Mexico. Morales recalled a time many years ago when there were just two volunteers available for a car fire — himself and one other person. He was tasked with putting the fire out while the other firefighter directed traffic.

Being a border town presents unique challenges and calls for the volunteers. Scott Long, deputy chief for Naco Fire District said they receive more medical calls than actual fire calls. The district has three emergency medical technicians to provide services on calls. Long said the Naco first responders were one of the first at the port of entry on Nov. 4 to assist with the aid of the victims of a shootout that killed nine members of a Mormon family. He added they also respond to a lot of calls pertaining to people falling off the wall.

Morales said these kinds of injuries weren’t always common like they appear to be when he first started with the district and early in his 28-year career. He has spent all of his firefighting career with Naco and thinks his title of chief was destined, since the work is in his blood. Morales’ grandfather started the department in 1959 a few blocks from where the current station sits. He said his grandfather had him working at the station, cleaning the trucks and the station, in order to keep him out of trouble. Being a place for teens to say on the straight and narrow has become a tradition Morales continues, as he allows teens to come help out at the station like he did when he was younger.

Like Morales, many of the volunteers have family connections to the area and the career. Raymond Chapman, who has worked as a firefighter in the county for 17 years, said it was his father who inspired him to become a firefighter, since he was a firefighter for Bisbee.

“The way I see it is: it’s a service and someone has to do it,” Chapman said.

One of the reasons Long, Chapman and Morales say they have continued to volunteer despite having other jobs and families is because of the “brotherhood” they have with one another. Long said spending time at the station is the time he gets to “hang out with his friends,” which is something he commonly does, and likes that he can.

“I feel like I’d be losing out more if I left here than they would,” he said. “The thing with this job is that if your family isn’t behind you, you can’t do it.”

Morales says the positive environment and dedication the volunteers have for the community and keeping the station going is proof of how much the district has grown since its inception. He said there were times it was hard to find people to volunteer and their location on the border has caused a fluctuation of volunteers over the years. He considers his 14 volunteers to be on the high end, and the most they have had is 18.

If there’s not a call or an alarm that needs to be answered, the unit still tries to help as many people as they can, whether it’s the local high school or someone who has fallen ill. Morales said their willingness to help those in need with fundraisers or providing manpower for events, whether in the United States or across the border, is what sets their district apart from others.

When asked if there’s a chance for the volunteer station to become paid, Morales said they simply don’t have the budget to do that. He said they have a yearly budget of roughly $90,000 and they receive some assistance from the fire district assistance tax to help cover fuel, utilities, insurance, training and other costs.

The goal for Morales and his crew is to continue to earn their good reputation with the community, as well as get a station built in Bisbee Junction, which he admits will take years.

“I thought about calling it quits 10 years ago, but there’s always some project that needs to be done,” Morales said.