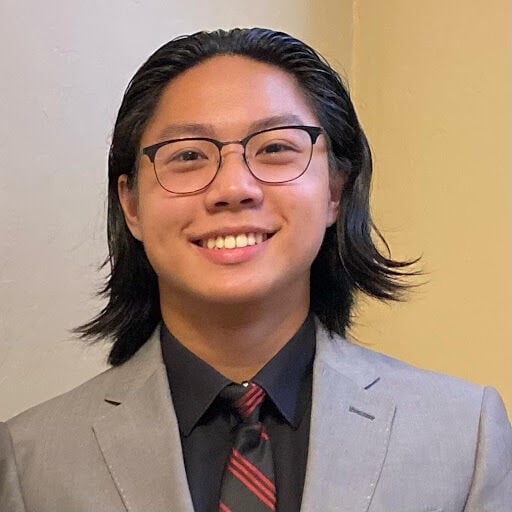 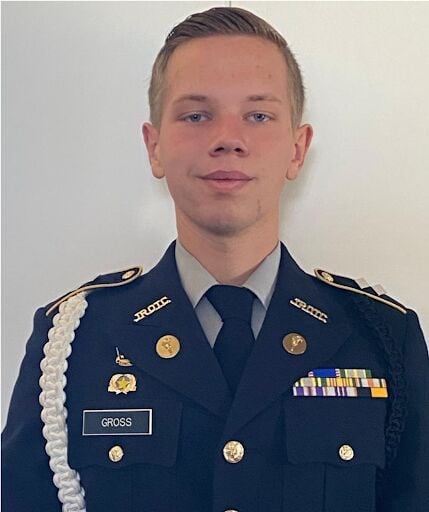 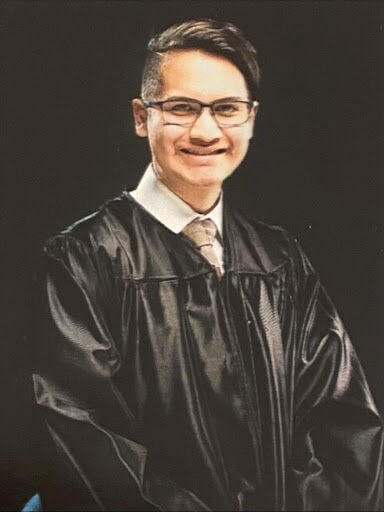 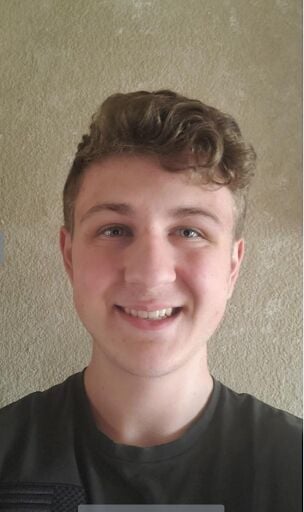 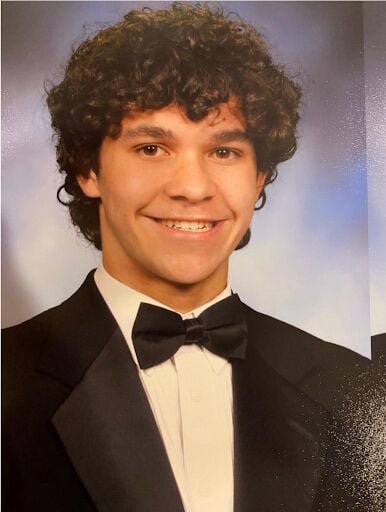 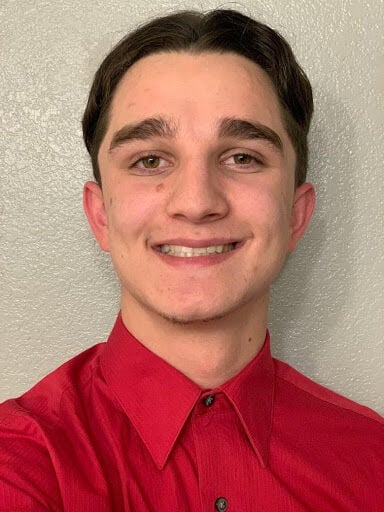 The Coronado MOAA Chapter is happy to announce its 2021 scholarship recipients. Six students received a total of $9,600, including a $1000 Grombacher Award. COVID presented communication challenges but there were still had six qualified applicants. Our sole JROTC applicant came to us from Tombstone HS; the representative from Buena JROTC had reported earlier that he had no graduating seniors this year.

The MOAA Scholarship Committee this year was composed of Bob Abney, Lori Wysong, and Doris Caldwell, with Susan Atchison-Day at the Chair. On April 15, a Zoom membership meeting was held in which all the applicants were introduced, and their awards were presented.

Below is a summary of the interests, achievements and goals of this year’s awardees:

Brandon Salvador Deleon, raised in a military family, attended Buena High School where he played the trumpet and was the section leader with the marching band, and was also a member of the wind ensemble and part of the show band. This talented musician took lessons also in piano, voice, and organ. His volunteer activities include National Honor Society events, piano performances in church and the community, trumpet call-ins, and Avengers special needs sports program. He attends the Sierra Evangelical Lutheran Church and has participated in musical events, including the Community Hymnfest and Christmas production of Handel’s Messiah. He has earned several honors in AP classes, demonstrating his dedication to hard work. He participated also in District, State and Regional events in trumpet and piano, earning a variety of awards and recognition, and also plays the guitar and ukulele. He was recently featured in an article in the SV Herald’s review entitled, “Music is a Big Focus and Joy in My Life: Young Pianist Reflects on Ambitious Career.” In the future, he hopes to attend Arizona State University in the fall where he will study Music Therapy. He wrote that his career would be geared “towards helping others” as a music therapist.

Keenan D. Gross is a member of the Tombstone Yellowjacket Battalion of the JROTC. He has been a member of the color guard for three years, a leader, and commander for the raider team, which has increased his ability to supervise groups of people with various personalities and backgrounds. He is also a volunteer in the community, including participation in Ed Schieffelin Days, the American Legion, and Sierra Vista Craft Fairs. His goal is to live a long and fruitful life of service, encouraging others also to set and meet objectives. He is described as dependable, trustworthy, kind, and detail oriented. After a life in service to his country, he hopes also to mentor youths and incorporate into them the same values he was taught by his own father. His JROTC grade point average was 3.5. He received a scholarship of $1200.00, and will attend the University of Arizona in the fall where he will begin working toward a Bachelor of Computer Science degree.

Michael Morales attends Douglas High School where he has demonstrated leadership both in and out of the classroom. He is a percussion member of the marching and concert band and participated in the State Marching Semi-Finals in 2019. He is also a member of the Jazz Band as a drummer, performing at the Teacher of the Year Awards Ceremony in Tucson, and also at the Eastern Arizona College Band Day event. He volunteers as a sound engineer at the Christian Life Center, is a member of the Royal Rangers Scouting Program, and as an audio-visual technician for the Voice of Douglas-Community Internet Television Show. He also was a volunteer at the Douglas Back-to-School Care Fair. In the future, he will attend the Eller College of Business at the University of Arizona, working toward a Bachelor of Arts degree in Business Management. He also plans to continue his musical interests at the Fred Fox School of Music as part of one of the orchestral concert bands.

Justin Nass’s principal Brian Miller summed it up when he wrote that Justin, “is a great student, a role model for the other students academically, and a proven leader.” As an example of his leadership and responsibility, when he learned there was not soccer team at his school, he coordinated with his principal in preparing a making a presentation to the school board resulting in the foundation of a boys’ soccer program of which he is now the team’s captain. In addition to academic excellence and leadership, Justin also demonstrated devotion to both sports and community service. He was on the track and cross-country teams, played soccer, participated in knowledge bowl and NHS, and also helped with food distribution through the Salvation Army. He was secretary in 4H for a year and participated in the Olympic Development Camp at NAU. In addition, he helped the animal control center prepare for an adoption event, prepared multiple school dances, picked up trash along Moson road, helped janitors daily for a semester picking up tables, and worked on a project to lessen an invasive species in the San Pedro River. In the fall he plans to attend Norther Arizona University where he plans to obtain a bachelor’s degree in Exercise Science. He then hopes to earn a Doctor of Physical Therapy degree.

Dominic is a driven, well-rounded student who was active in many extracurricular activities. In athletics, he was a member of the varsity cross country and track and field teams, and also participated in competitive travel and Junior Varsity Soccer. He was a DECA officer and placed 1st in Regionals, in Marketing and Management and was also twice a State DECA delegate. He was in the Key Club, Interact Club, National Honor Society and Student Council. He volunteered across the globe in activities including a youth program seminar group, various spouse-club activities, Catholic Community activities, Intelligence Electronic Warfare Test Directorate SFRG Youth Programs, and the USO. He received many leadership awards, including from DECA, Disney Youth Leadership, Kiwanis Fall Rally Convention Delegate, Hugh O’Brian Youth Leadership Ambassador, Junior Leadership Seminar, Rotary Youth, Science Achievement Certificate and Award, Youth Tour Guide, and a Volunteer Certificate of Appreciation from the Spouses Club. He also took the initiative of earning American Red Cross certificates in Administering Emergency Oxygen, Lifeguarding/First Aid/ CPR/AED, and Waterpark Skills. His interests include travel, soccer, music, entrepreneurship, leadership, community building and gaming. In the fall Dominic will be attending Northern Arizona University’s W. A. Franke College of Business where he will pursue a Bachelor of Science degree in Business Management.

Brandon excels in academics, sports and volunteerism. Variously he has been part of football, basketball and baseball teams. In addition, he is a state champion mountain biker. His many extracurricular activities include Cub and Boy Scouts, Skills USA, FBLA, FCCLA, Varsity Club, National Honor Society, Mountain bike, basketball, baseball and football clubs; he served in leadership positions in five of these clubs. Brandon gives back to his community, helping in clean-up projects, completing yard work for those who need it, packaging boxes of food for those in need, and engaging in fund raisers. He has run concession stands and maintained trails, and often helps his school by working in the front office where he aids teachers and administrators, takes calls and makes announcements. Brandon also worked multiple jobs to gain experience in the retail, construction and food service industries. His leadership experience is extensive, having been secretary in NHS and FBLA, and President of the Mountain bike Club and Varsity Club. He has also been voted to be captain of the basketball team, mountain-bike team and football teach. To build on these experiences and abilities, he attended ASU’s Hugh O’Brian Youth Leadership Foundation’s state leadership seminar. Brandon will attend Arizona State University in the fall where he will major in Exploratory Math, Physical Sciences, Engineering and Technology. His goal in life is to be financially stable while working in a job he loves.