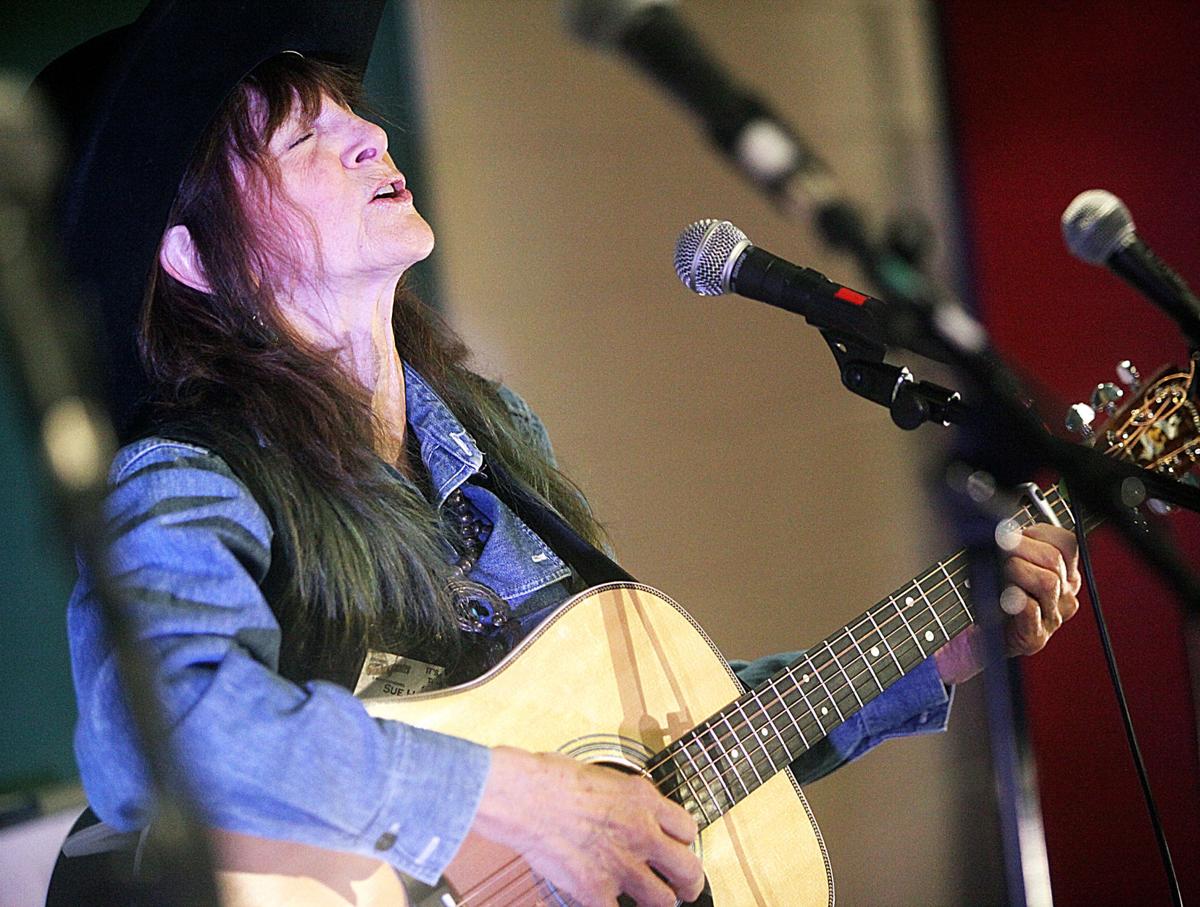 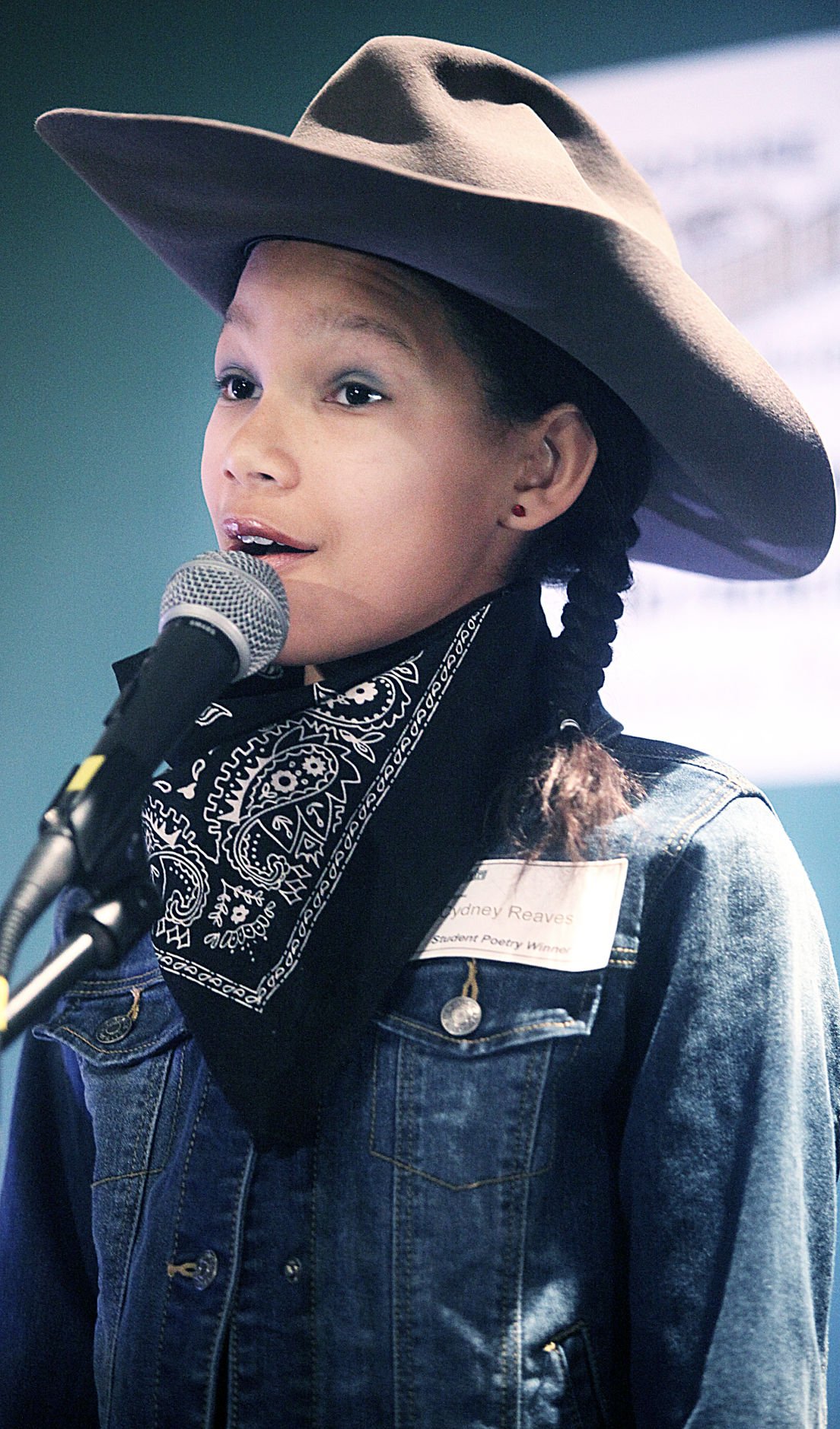 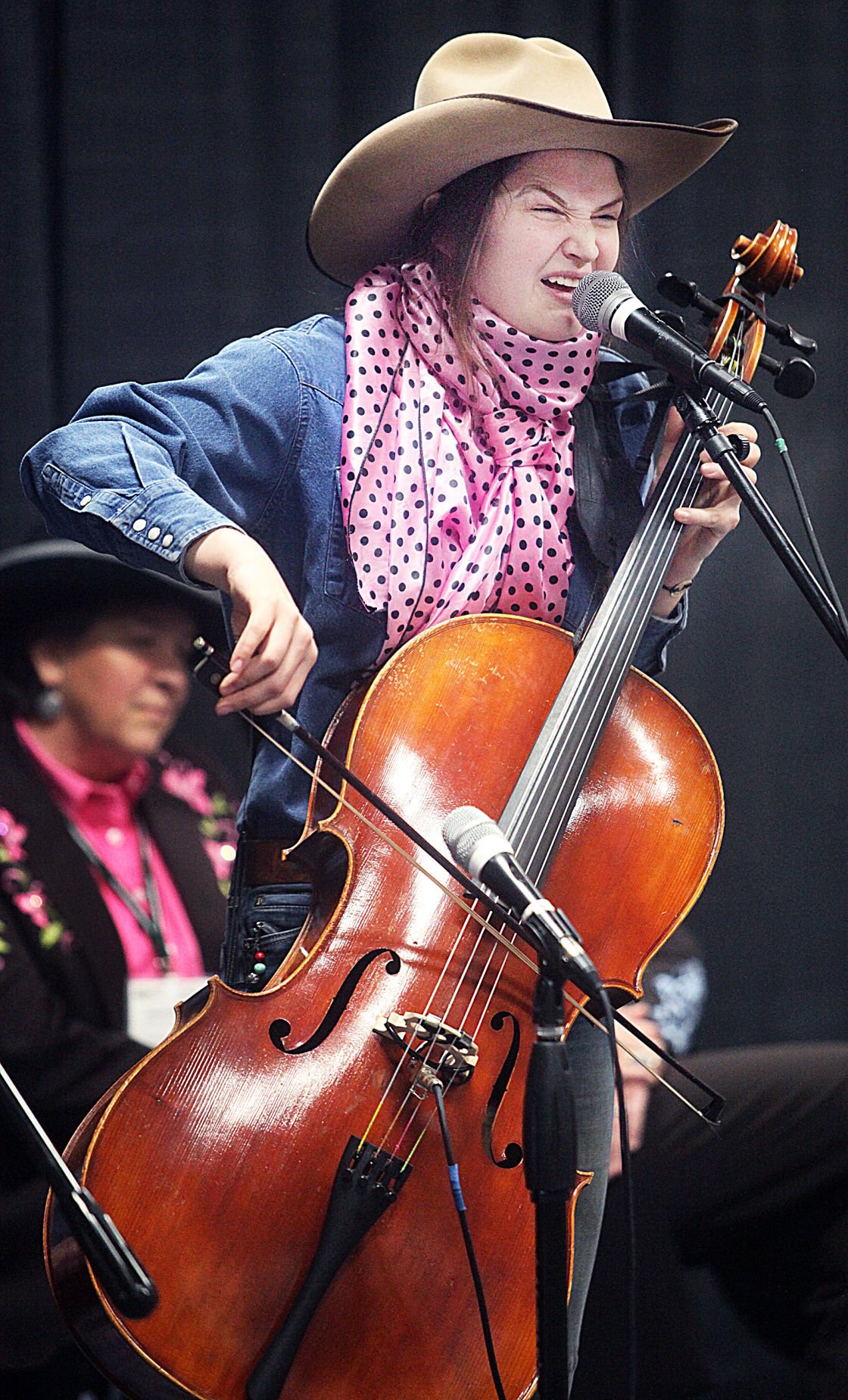 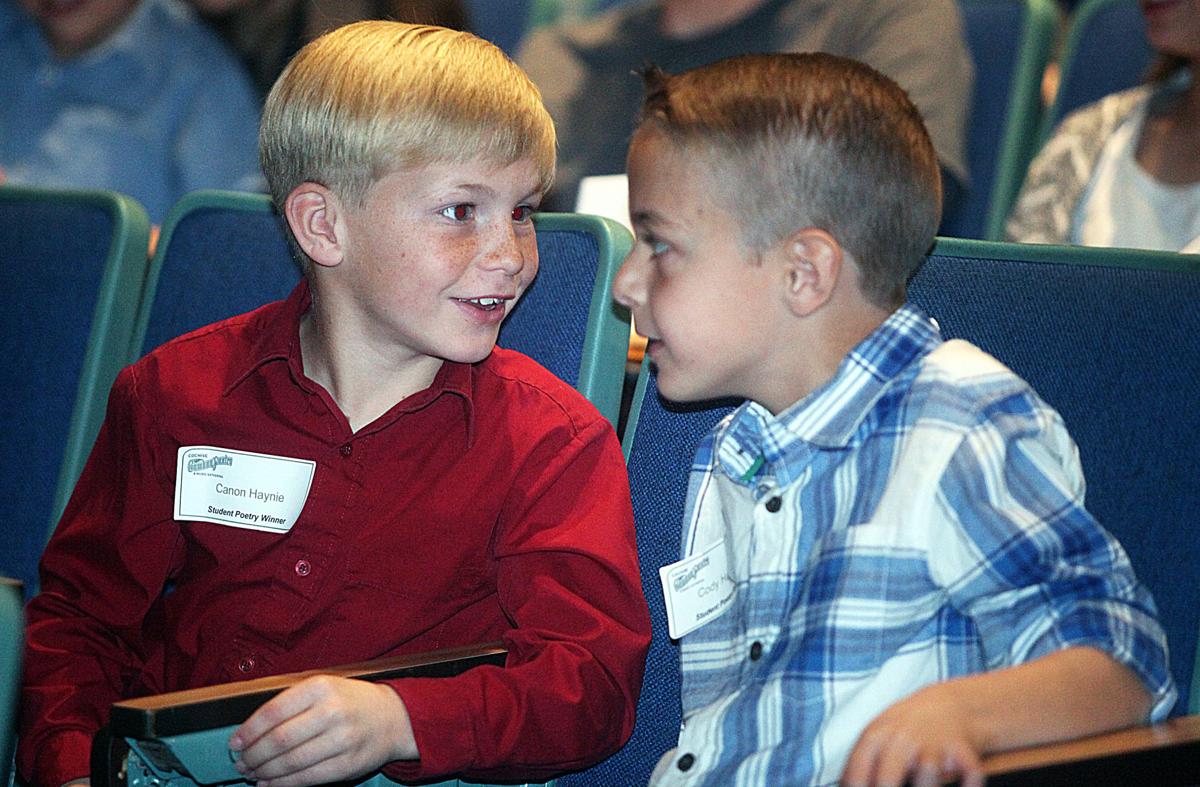 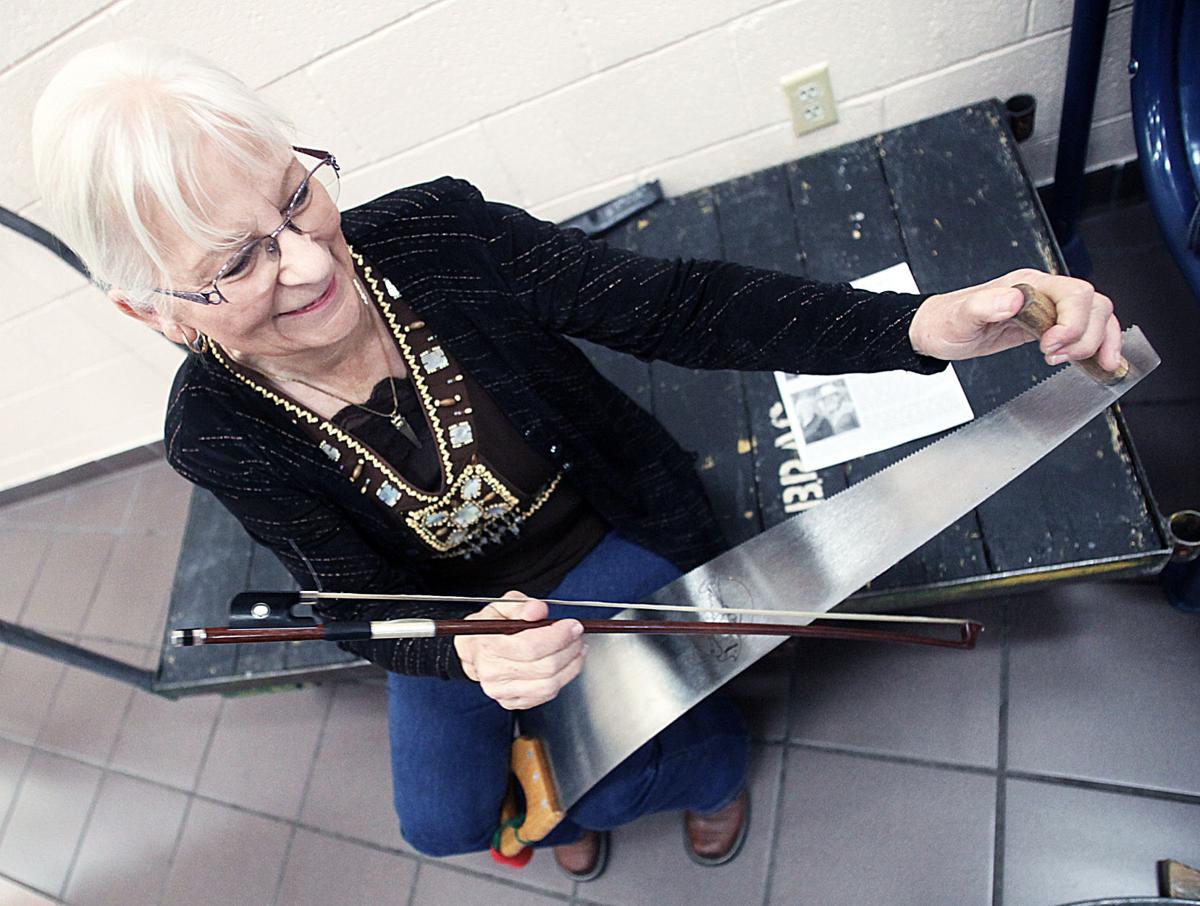 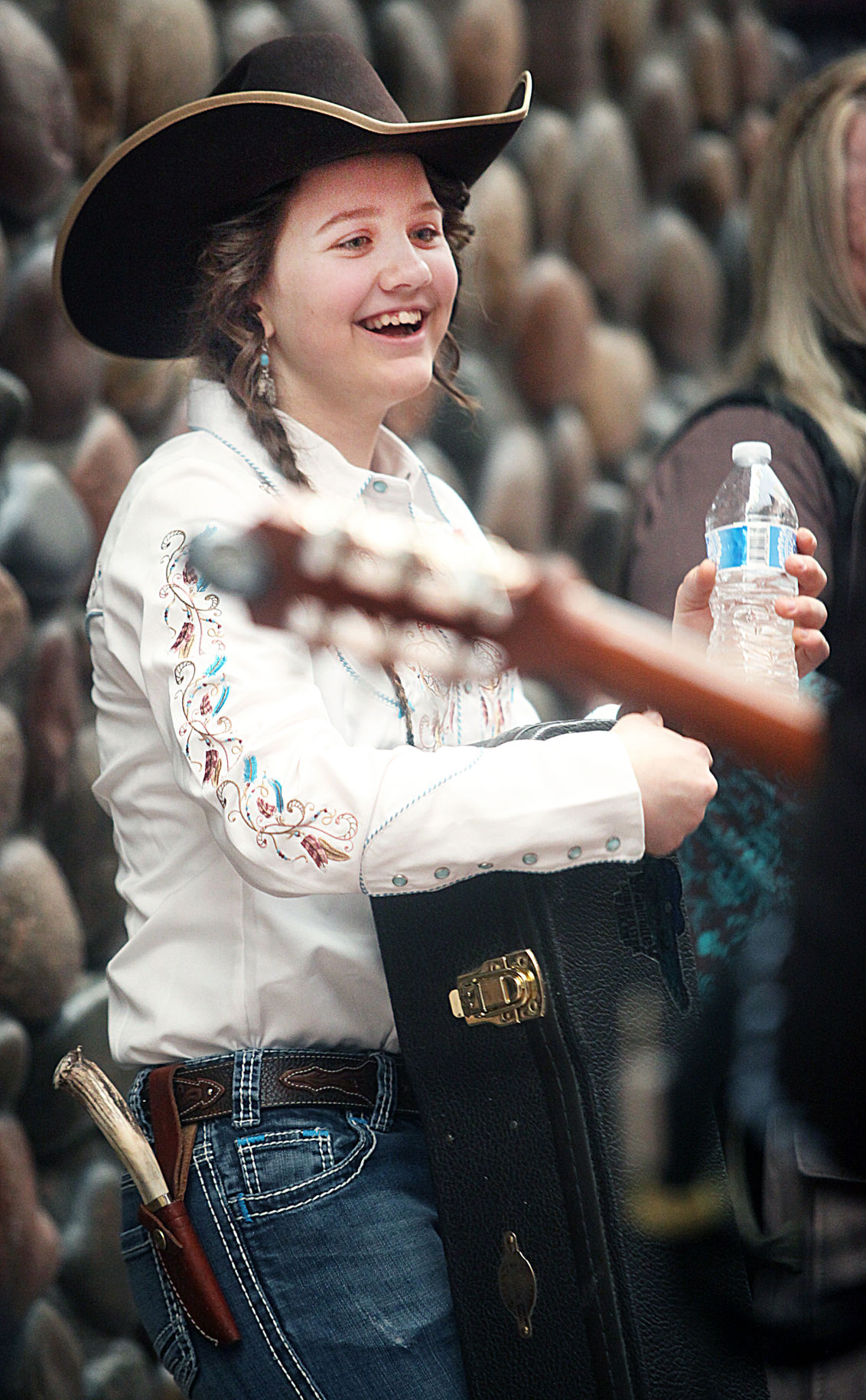 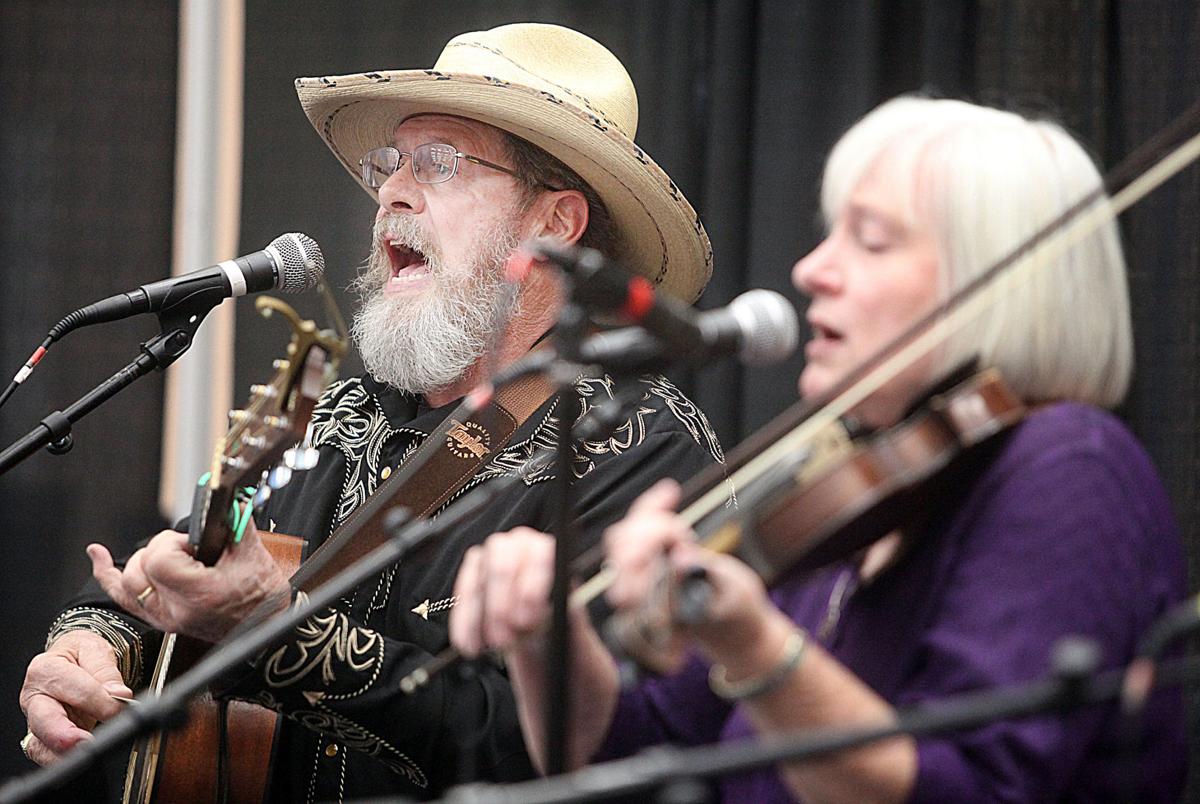 SIERRA VISTA — Paige Evans earned a big round of applause after reciting a poem she wrote about barrel racing on her horse, Bugsy.

The Elfrida Elementary School 10-year-old was one of the young cowboy poetry competitors whose prose won her a spot on stage at Saturday’s 28th Annual Cowboy Poetry & Music Gathering.

Wearing her barrel-racing trophy buckle — representing one in a collection of 10 — Evans recited her poem, “It’s Cool to be a Barrel Racer.”

She was at the Gathering with her own cheering section — accompanied by family members from all over the state — including her parents, grandmother from Show Low and great-grandparents from Pinetop.

“She’s an amazing competitor,” smiled great-grandmother Pat Heuett. “She looks so little up there on those big horses, but she’s a great rider with a lot of confidence. And she did a great job reciting her poem.”

With the Gatherings’ “It’s Cool to be a Cowboy” theme, the annual event kicked off Friday evening when an impressive lineup of top entertainers took the stage at Buena High School’s Klein Center for the Performing Arts, with events picking up again on Saturday. Fifty-minute western music and poetry sessions were scattered throughout Buena from 10 a.m. to 4 p.m. on Saturday, with two musicians and one poet in every session. Those performances were followed by a barn dance with local band Night Life providing the music. Double Grammy-winning group Riders in the Sky rounded out the entertainment lineup. Described as “modern-day icons” the group has performed for more than 30 years, known for their “wacky humor and way-out Western wit.”

“My wife and I have been Riders fans for years. We came here from Phoenix for the Gathering, but it was Riders in the Sky that was the big draw for us,” said Gerald Rasmussen. “We got here when the doors opened this morning and plan to be here through the evening. All the sessions have been great.”

Between Friday and Saturday, organizers were expecting between 2,000 and 2,500 attendees at the Gathering.

“We have a good crowd here, and it’s still early,” event co-chair George Wheat said Saturday morning. “If there is such a thing as groupies for Western music, this is it. We are seeing some of the same faces year after year, along with a lot of new faces.”

Wheat described feedback from the event’s attendees as very positive.

“Many of our participating artists could be featured artists,” he said. “We try to have different performers every year, and all of them are exceptional.”

“We’re here to share information about another historic place for people to visit, and this is a great venue for us to do that,” she said. “People who come to something like this are often interested in preserving western heritage and education. The Empire Ranch fits right in the cowboy theme here and we’re seeing a lot of winter visitors who want to learn more about the history of this area.”

Describing himself as a “drugstore cowboy,” Sierra Vista resident Lloyd Walters said he has attended 23 of Sierra Vista’s 28 Gatherings.

“I enjoy this event and look forward to it every year,” he said. “They always have talented performers. I love coming here and listening to the poets and the Western music side of this event.”

“I’m hooked,” she said after listening to Oregon horseman and poet Tom Swearingen spin stories about life on Pitchfork Ranch and his grandfather’s ranch auction. “I’m so impressed with how he takes life’s experiences and puts them into poetry. All of the entertainers I’ve seen here are very talented. This session, with Tom Swearingen as the poet and the two musicians, Sue Harris and Marty Davis, has been exceptional.”

As one of the organizers, Steve Conroy voiced his gratitude to Buena High School for providing a quality sound system and the event venue every year.

“The school spent more than $13,000 on the sound system and the students who are here to help with it are doing a great job,” he said. “We’re pleased by the attendance we’re getting good feedback from the crowd. We’re expecting a big crowd here tonight for Riders in the Sky.”