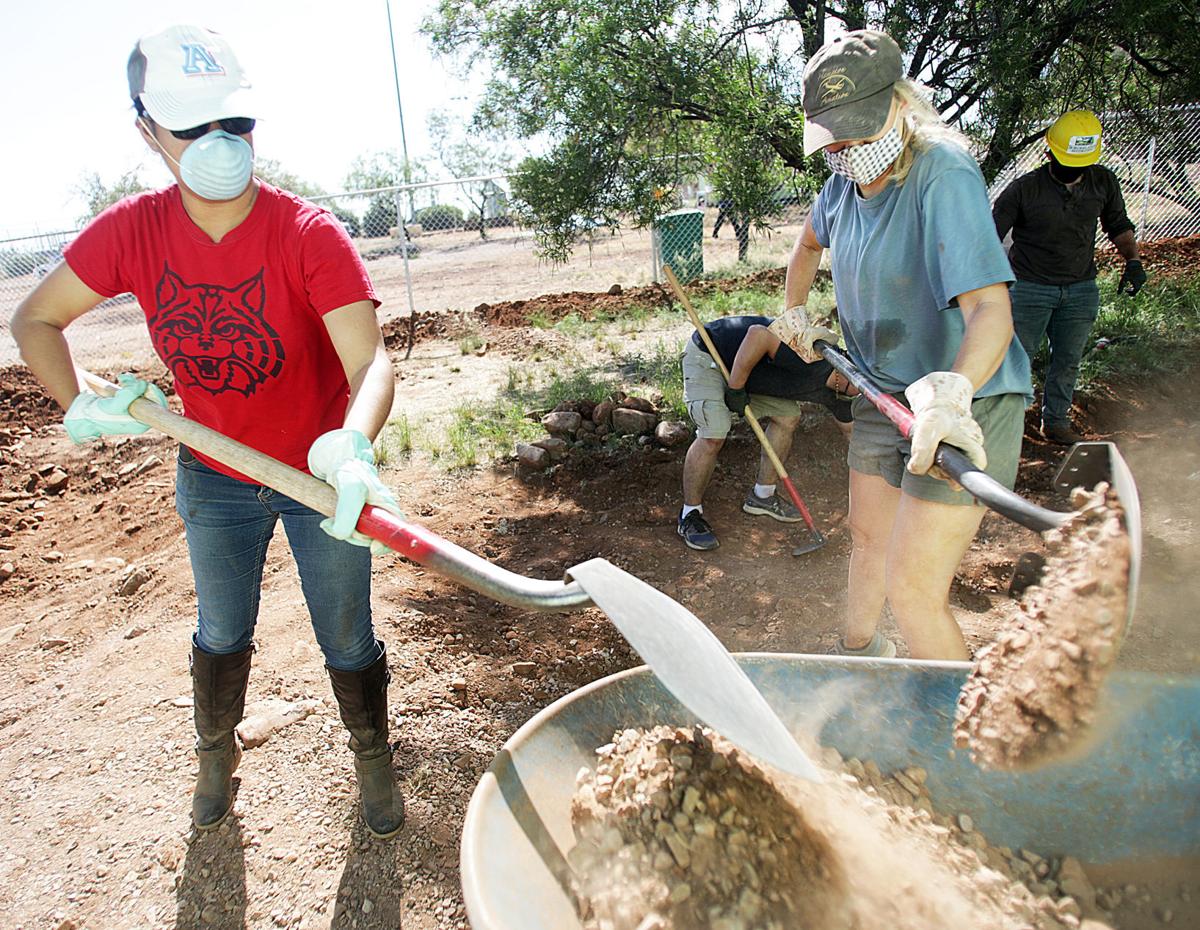 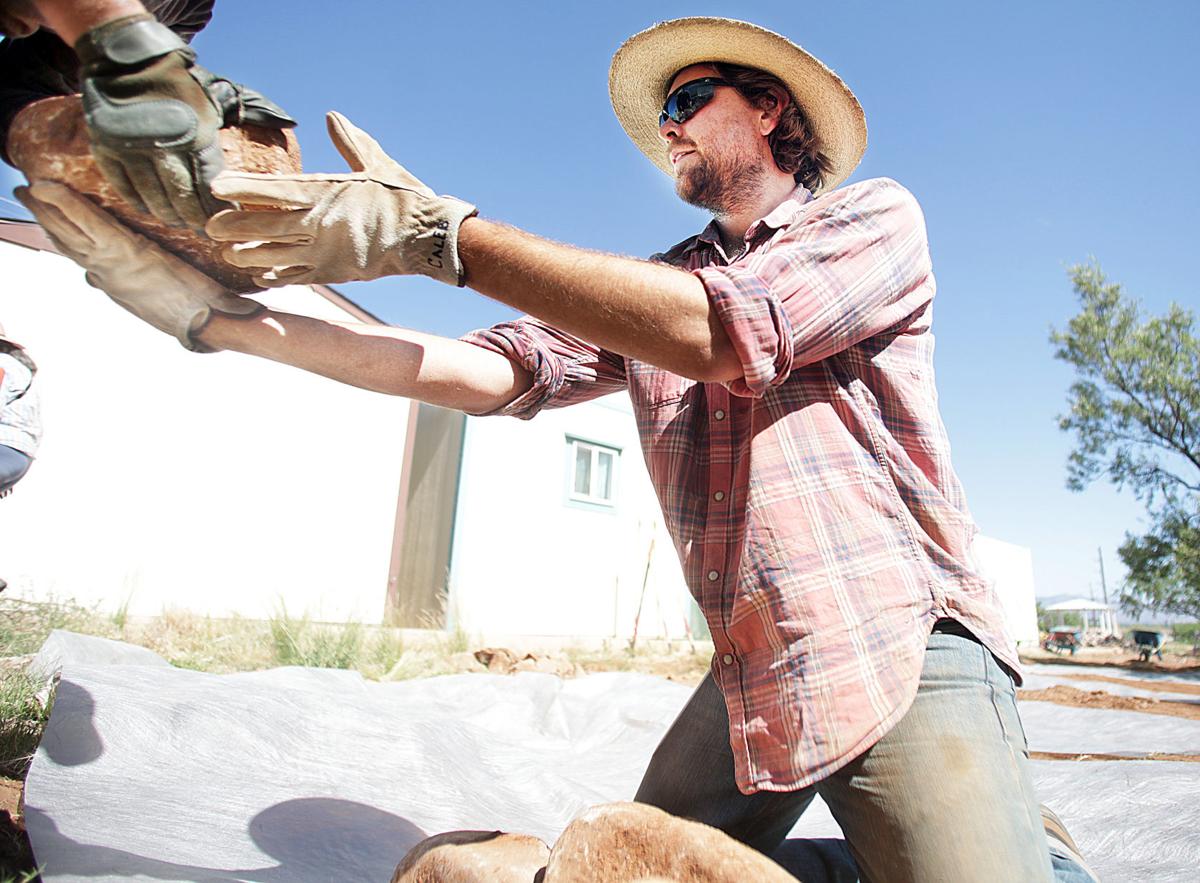 Caleb Weaver, youth education manager with Borderlands Restoration, uses large rocks to secure weed cloth as he and others work to help curb water run off next to the public library and community garden in Huachuca City. 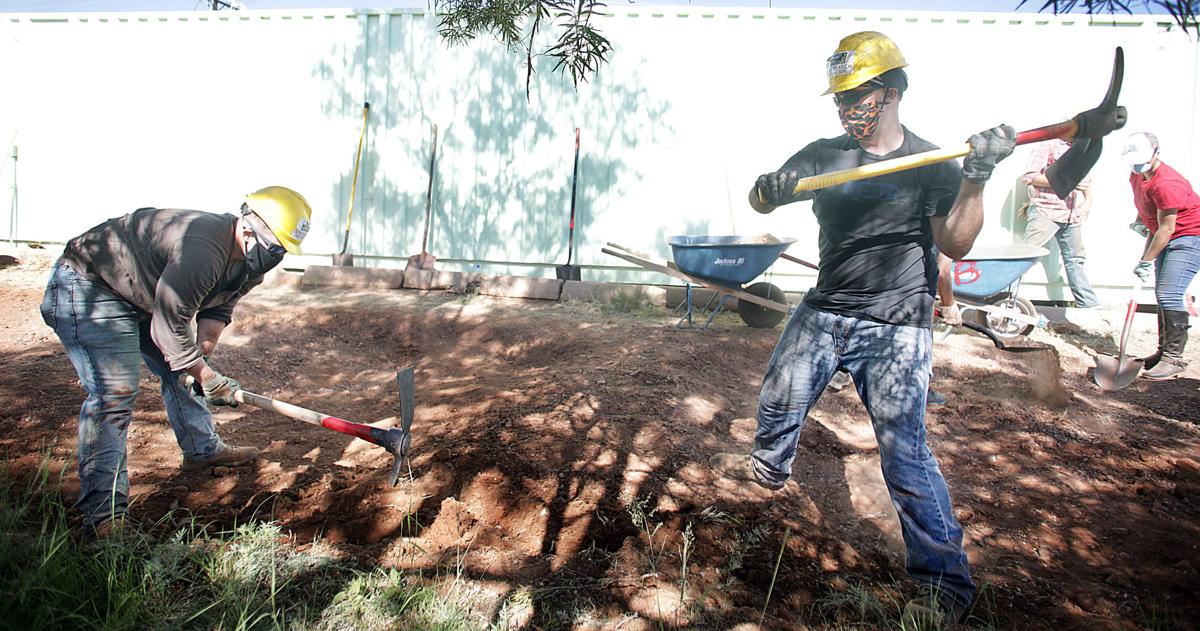 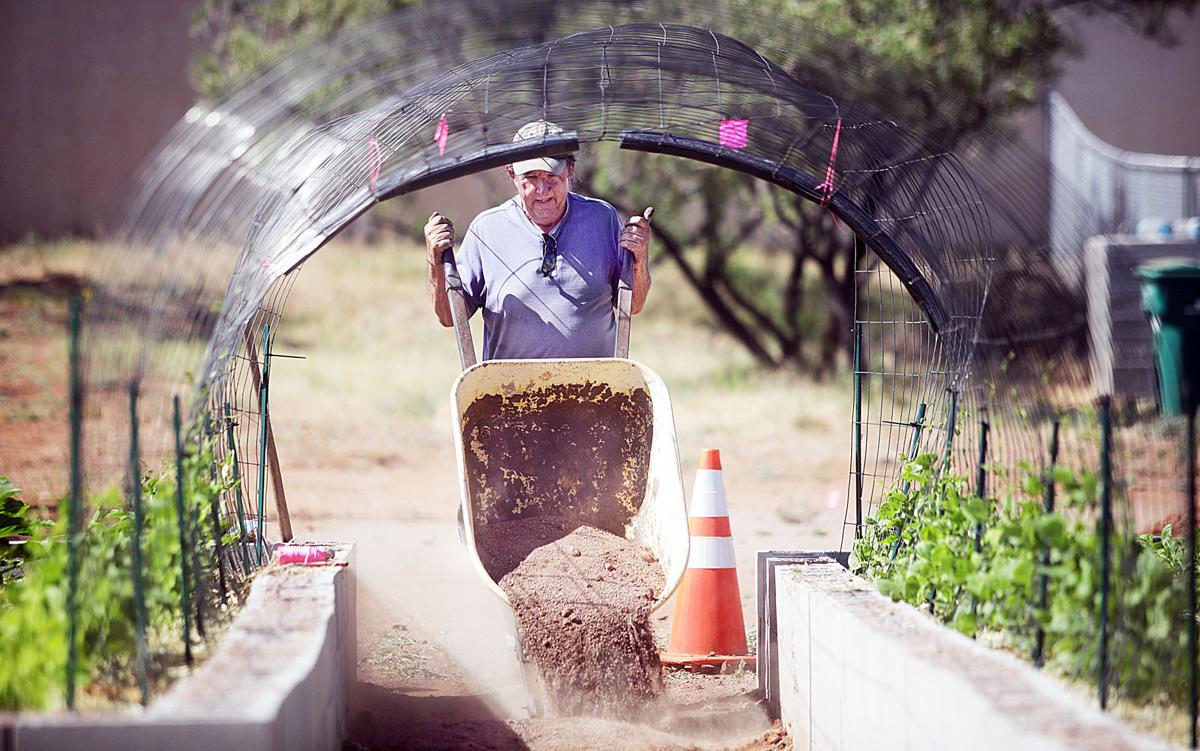 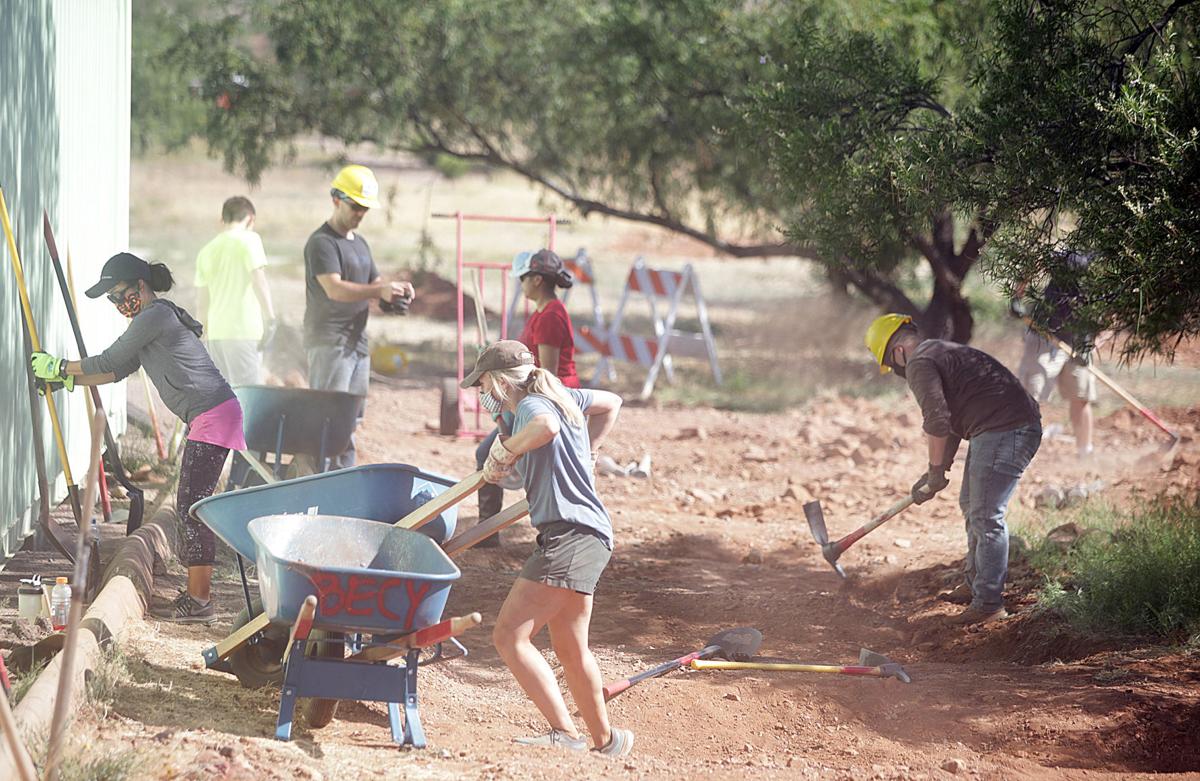 Workers toil on the area next to the Huachuca City Library and community garden.

Caleb Weaver, youth education manager with Borderlands Restoration, uses large rocks to secure weed cloth as he and others work to help curb water run off next to the public library and community garden in Huachuca City.

Workers toil on the area next to the Huachuca City Library and community garden.

HUACHUCA CITY — On a recent Saturday morning, groups of volunteers started gathering to work on a water infiltration system designed to protect the new Community Garden in Huachuca City from flooding during heavy rains.

Volunteers started arriving at 6 a.m. and worked on a flood mitigation plan designed by Caleb Weaver of Borderlands Restoration Network, a nonprofit based out of Patagonia.

“We’re creating a series of terraced infiltration basins for collecting overflow from the city complex parking lot and rooftops, equal to about two-and-a-half acres of runoff,” Weaver said.

“The infiltration basins will serve as a flood mitigation measure for storm water runoff. If allowed to flow unchecked, the water could threaten this project’s production garden and teaching garden space.”

Weaver’s flood mitigation design reshapes an area near the community garden into a series of infiltration basins that slows flowing water, allowing it to penetrate the soil, thereby increasing groundwater in a space with mature, native trees. The tiered design captures water and will help prevent flooding in the community garden, explained Ann Aust, one of the Huachuca City Community Garden LLC founding members.

“A one-inch rainfall would have the potential of delivering 13,000 to 42,000 gallons of rainwater into this drainage area in and around the garden,” Aust said. “Over the course of a year there could be between 200,000 and 600,000 gallons of rainwater, which would threaten the raised garden beds in the production garden, as well as threaten structures in the teaching garden.”

The specific water mitigation design suggested by Weaver has been used successfully by Borderlands in other locations, Aust said.

“This design actually turns a water hazard into a water resource by preventing flooding and increasing the amount of groundwater available to plant trees,” she added.

Planting native trees, bushes and grasses in and around the infiltration basins are other features planned for the garden in the future, Aust noted.

“We want to create a beautiful space that will also serve as a windbreak and shade for the production garden,” she added. “The basins will be filled with rocks harvested from this area and create visually appealing features in and around the trees.”

Made possible through a $50,000 Legacy Foundation grant, the Huachuca City community garden’s production side is located on a two-thirds acre space just north of the town library. The production garden will provide Huachuca City and Whetstone residents with free, freshly grown produce.

Once funding becomes available, there are plans for an educational component in a teaching garden.

“Our first goal was to get the production garden planted and growing, which is what we’ve been able to do,” Aust said. “Currently, we’ve got a nice variety of produce that we’ll be distributing to the community.”

Radishes, tomatoes, beets, carrots, zucchini, beans, squash, cucumbers and melons are examples of some of the fruits and vegetables that are growing in four-foot wide by 32-foot long raised beds of concrete block, constructed by Grasshopper Landscaping and Maintenance, a landscaping company based out of Huachuca City.

“We started the first Saturday in May, and have been coming back for different Saturday work projects since,” Newman said. “It’s amazing to see the progress. When we started, this area was nothing more than an empty, flat space.”

“This project has come a long way in a short amount of time. I really like the way they’re incorporating all the trees into the setting to create a beautiful space. I’m looking forward to seeing the finished product.”