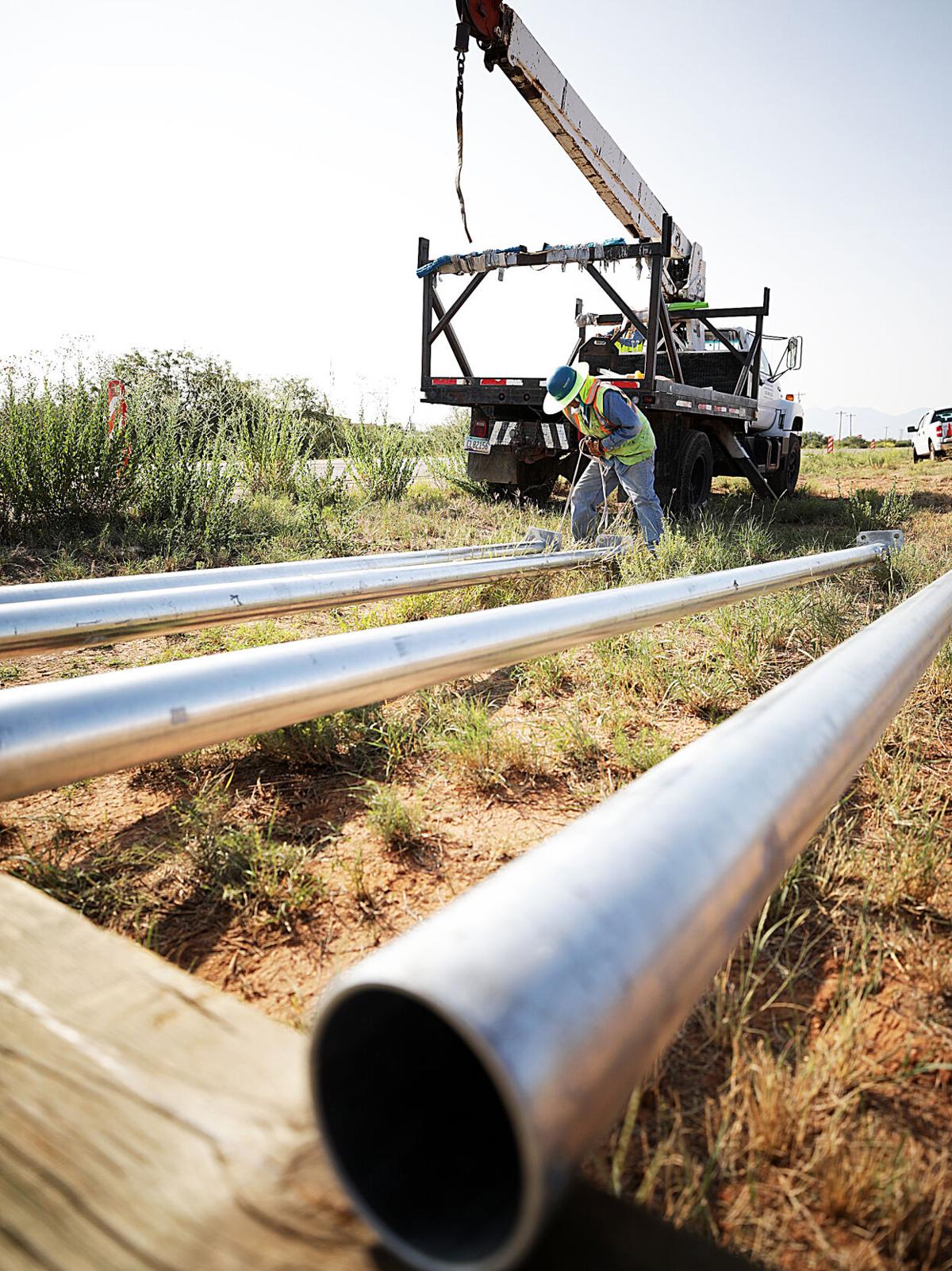 ADOT A-poles are ready for installation for an emergency signal Tuesday in Whetstone. 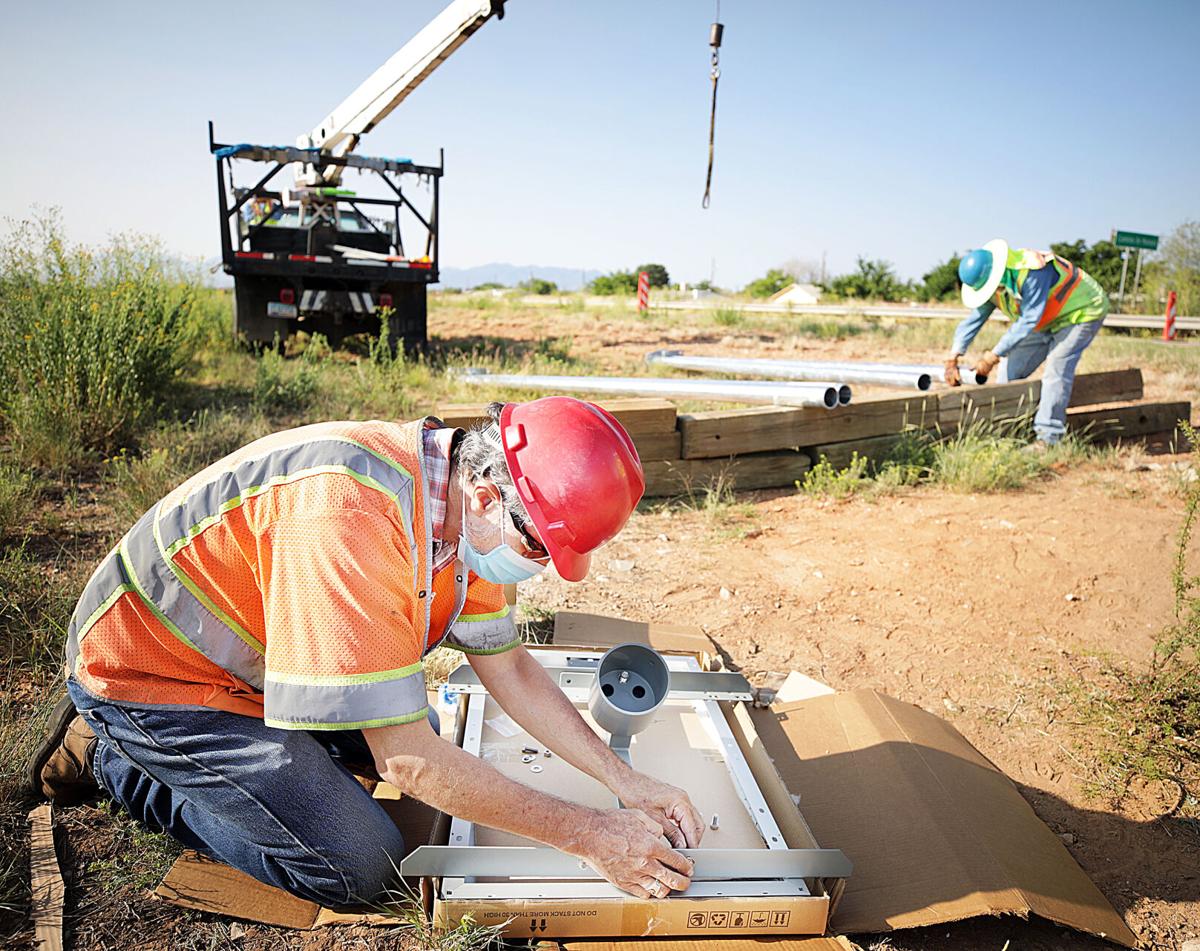 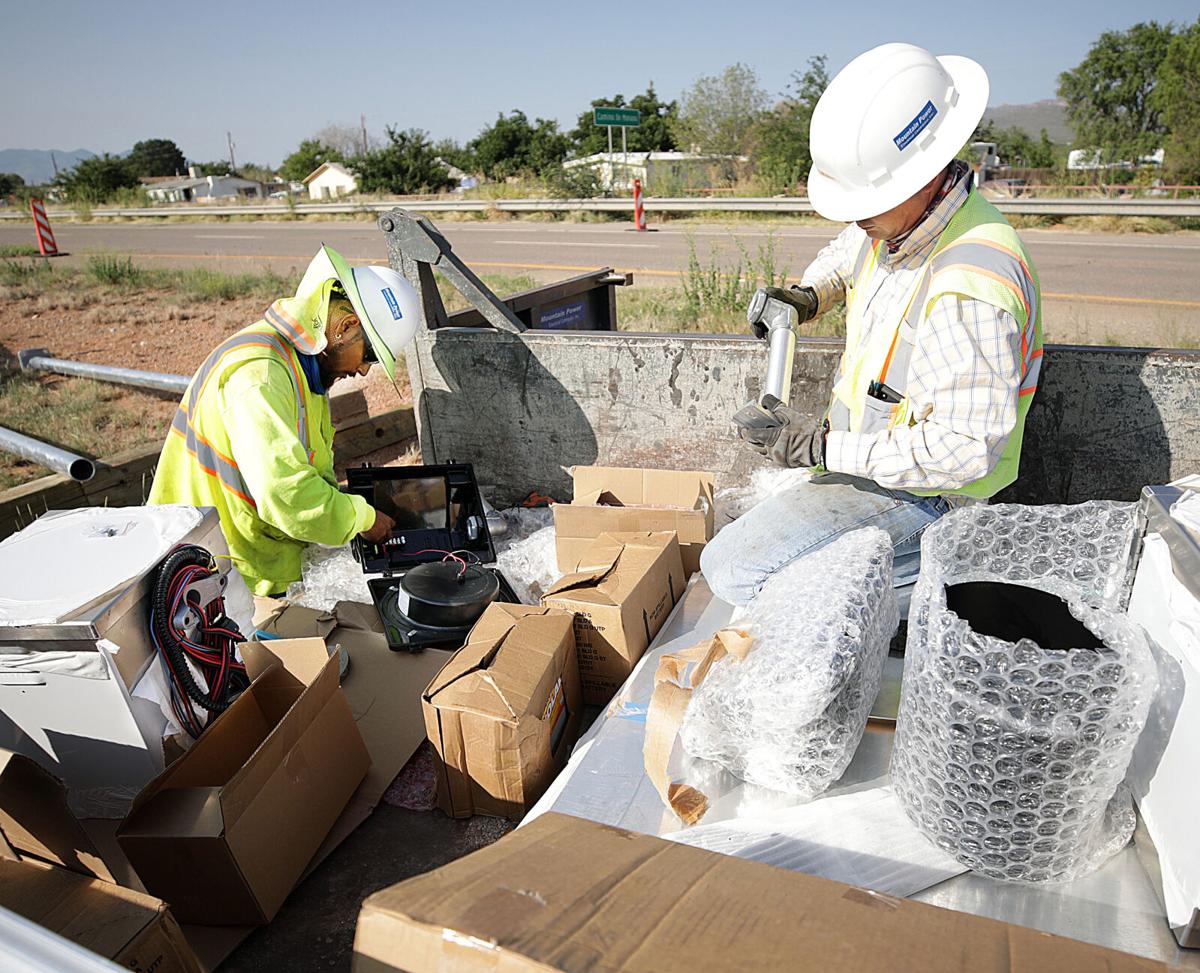 Workers get batteries, dc led’s and other pieces for the emergency signal to be installed near the Whetstone Fire District station Tuesday. 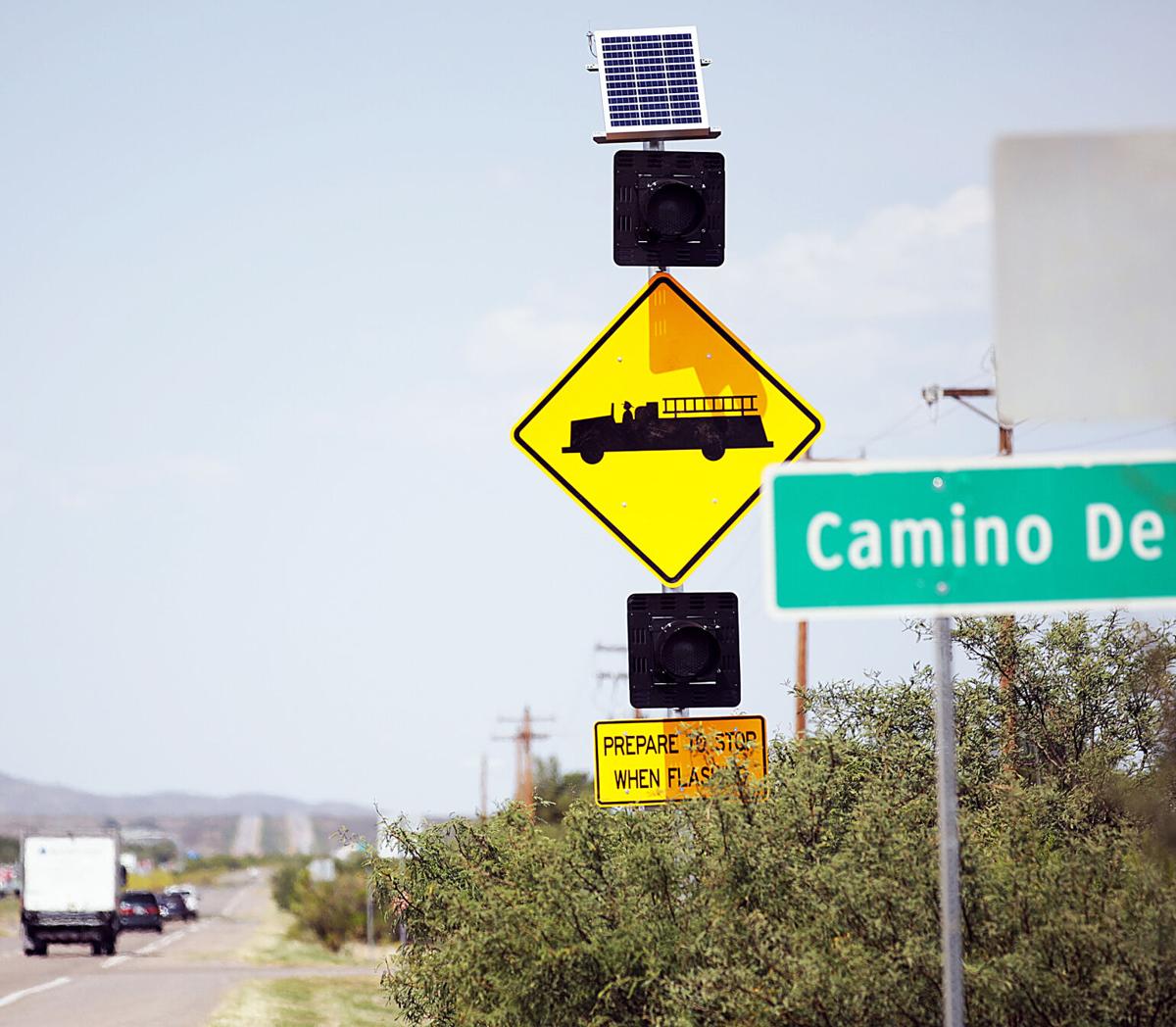 ADOT A-poles are ready for installation for an emergency signal Tuesday in Whetstone.

Workers get batteries, dc led’s and other pieces for the emergency signal to be installed near the Whetstone Fire District station Tuesday.

WHETSTONE — Vehicles traveling through Whetstone on State Route 90 will now have a warning signal when Whetstone Fire District accesses the highway from the station on Camino de Manana while responding to 911 calls.

Emergency vehicle preemption (EVP) signals have been installed along the highway to warn both north and southbound travelers of fire district responders, improving public safety as well as response times for Whetstone Fire. The project, which was started on Tuesday, was completed Wednesday morning.

Once the necessary equipment is delivered, two much larger pre-emption signals will be installed at School Drive in Huachuca City in front of the town hall to alert the traveling public of fire and police responders as they emerge onto State Route 90, also known as Huachuca Boulevard.

Made possible through collaboration between the Sierra Vista Metropolitan Planning Organization (SVMPO), town of Huachuca City and Whetstone Fire District, $135,000 of the $160,000 project is funded by a HURF (Highway User Revenue Fund) Exchange.

“This is an opportunity for the SVMPO regional government to facilitate an extremely important safety project for Whetstone Fire District, the town of Huachuca City and travelers on Highway 90, said SVMPO Civil Engineer Dennis Donovan, who is overseeing the project.

“The mast arms for the project in Huachuca City have been delivered, but we’re missing the SignalHeads that will be attached to the mast arms, as well as a controller cabinet for the electrical connections. We’re expecting those items to be delivered in late September and are hoping to have the project completed by mid-October,” Donovan said.

Mountain States Electrical Contractor, Inc. out of Tucson is doing the work. The controls in Whetstone are solar powered, and have been provided by Solar Traffic Controls out of Tempe, Donovan said. There will also be a solar powered luminaire (street light) on top of the two signal poles in Huachuca City.

“Both companies have done a great job and the personnel in the field have been excellent to work with,” Donovan said.

The traffic signals in both locations are remote controlled, activated by the emergency responders. The Whetstone Fire District Station on Camino de Manana was provided with six remotes and given instructions on their use at the completion of the project.

In Huachuca City, the police department and fire district will be issued six remotes each, Donovan said.

“There is a street striping plan for the project in Huachuca City, including stop bars once the mast arms are up and the work is completed,” Donovan said.

“There will be warning signs 500 feet in each direction from School Drive to alert traffic of emergency vehicles that will be emerging onto the highway, in addition to temporary signs provided by the Arizona Department of Transportation to alert the traveling public of a new signal ahead.

“As someone who represents SVMPO, our organization looks forward to completing this project which will help enhance the safety of travelers through Huachuca City.”