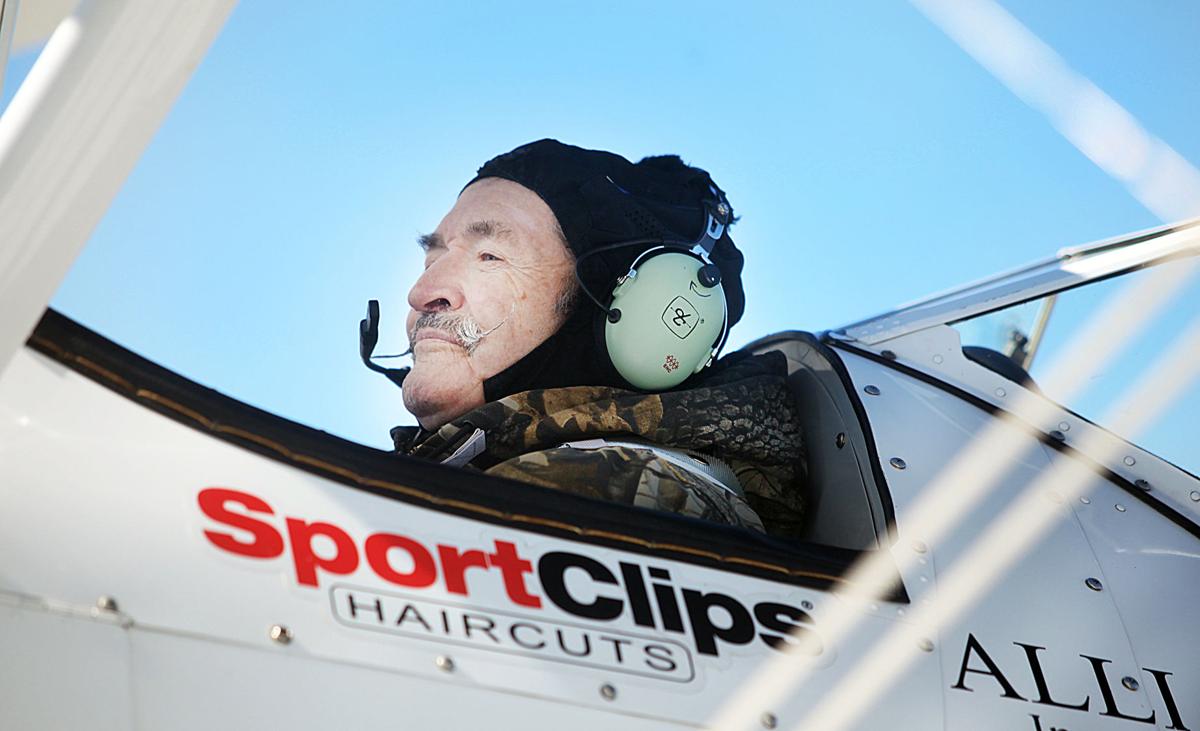 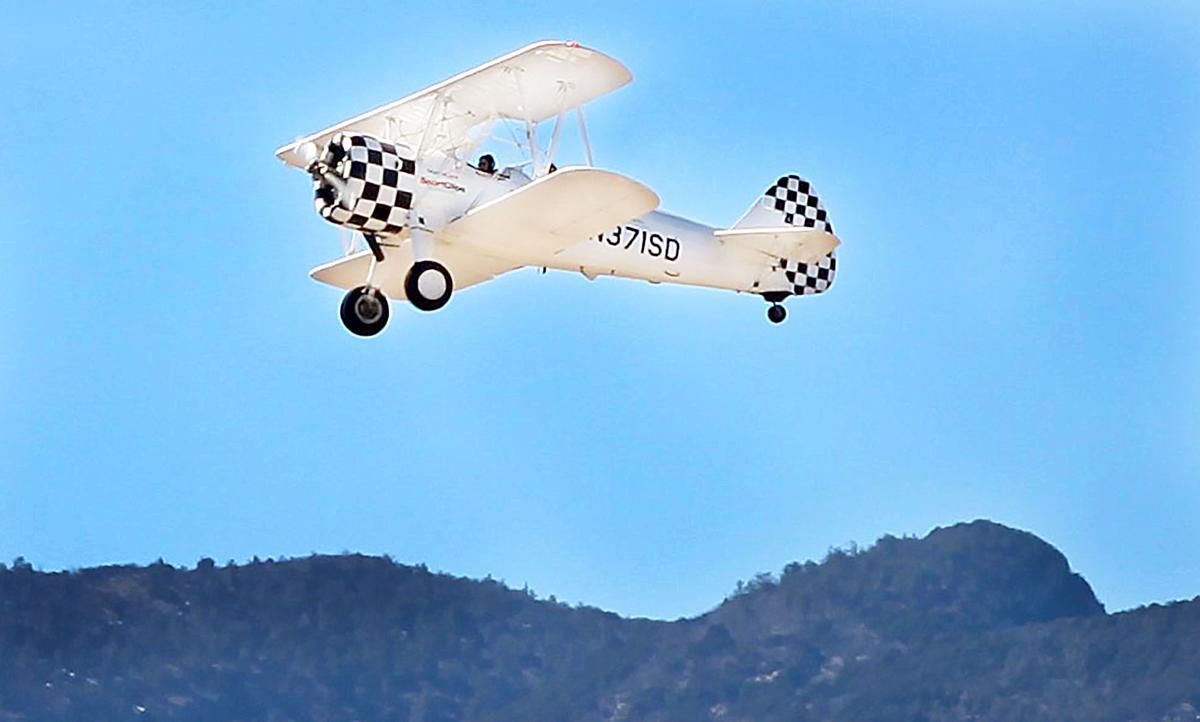 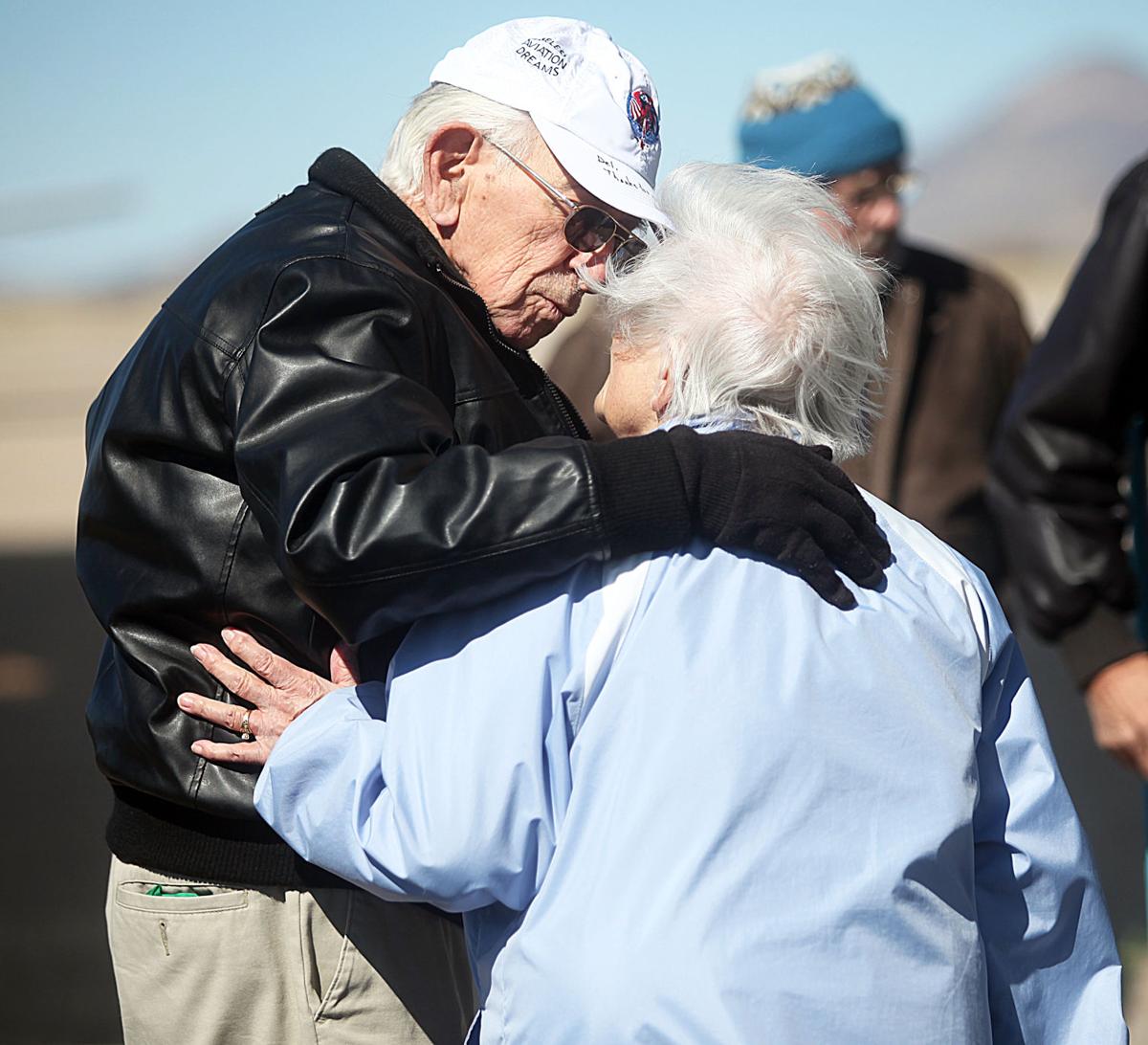 Army veteran Dale Quast prepares to give his wife Hazel a kiss upon returning from his Ageless Aviation Dreams flight Wednesday in Sierra Vista. 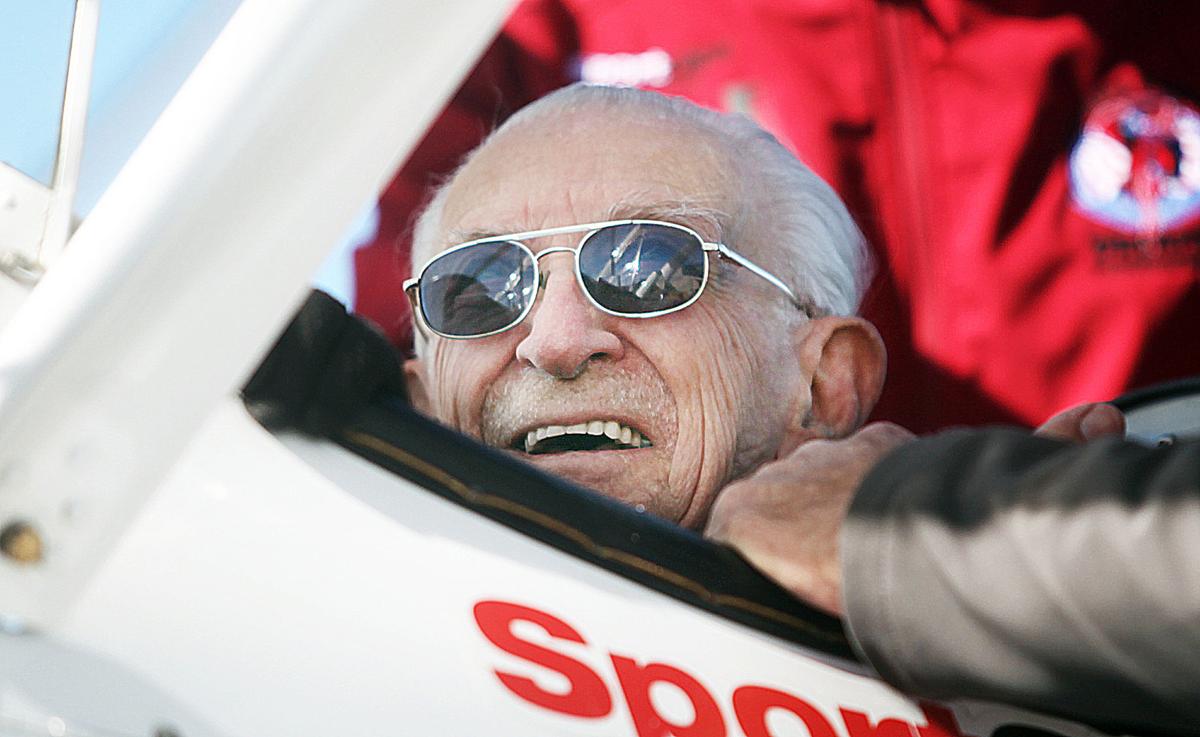 Dale Quast is all smiles after landing from his Ageless Aviation Dreams flight Wednesday at the Sierra Vista Municipal Airport.

Army veteran Dale Quast prepares to give his wife Hazel a kiss upon returning from his Ageless Aviation Dreams flight Wednesday in Sierra Vista.

Dale Quast is all smiles after landing from his Ageless Aviation Dreams flight Wednesday at the Sierra Vista Municipal Airport.

SIERRA VISTA — Seven elderly veterans took flight Wednesday for an opportunity like nothing they had experienced before.

Michelle Marquez, activity coordinator for Mountain View Gardens Gracious Retirement Living, said this is the third time in her seven years as activity coordinator that they have brought residents to the Sierra Vista Municipal Airport to ride with a pilot from the Ageless Aviation Dream Flights Association.

“It’s so meaningful for the veterans,” Marquez said. “It’s something they remember. With them being retired, this gives them a whole new purpose in life.”

Wednesday’s flyers represented each of the branches of the US military, with some serving during the Korean and Vietnam wars. Herbert Noth was drafted and served in the Army from 1953 to 1955 as an engineer. He said he wanted to participate in the flight because it was a new and different experience for him and he was going to “make the best” of his time in the sky.

Unlike Noth, flying on Wednesday gave Dale Quast a familiar feeling. Quast had his pilot’s license in the late 1970s and used to be a part-time flight instructor. Flying in the Boeing-Stearman open cockpit plane was a first for the 88-year-old, who said he’s flown smaller and larger planes throughout his life.

“It’s hard to put into words,” he said about what it’s like to fly. “You have a feeling of freedom for sure.”

Being in the plane gave Velton Clark the same sense a freedom.

“I’m happy to be able to fly again and lose (my walking) stick for a little bit,” he said before getting on the plane.

Clark was in the Navy Special Warfare Command, now known as the Navy SEALS, from 1953 to 1963. He was a sniper, boat cockson, a survival instructor and the lead man into their situations. He had his pilot’s license in 1970s as well but had never flown in a plane like the one he rode in Wednesday morning.

Mike Sommers, a pilot with the Ageless Aviation Dream Flights Association, took the veterans one by one in their 1942 Boeing-Stearman PT17 planes. According to the Ageless Aviation Dream Flights Association website “(AADF) is a non-profit organization dedicated to ‘giving back to those who have given.’ Our volunteer pilots and crew have honored more than 3,500 military veterans and seniors living in long-term care facilities with free Dream Flights in a Boeing Stearman biplane, the same aircraft used to train many military aviators in the 1940s.”

Clark was grateful to the organization for coming and giving them a chance to fly.

“I help out anyone and everyone,” he said. “They’re a great (organization). This is a good one.”