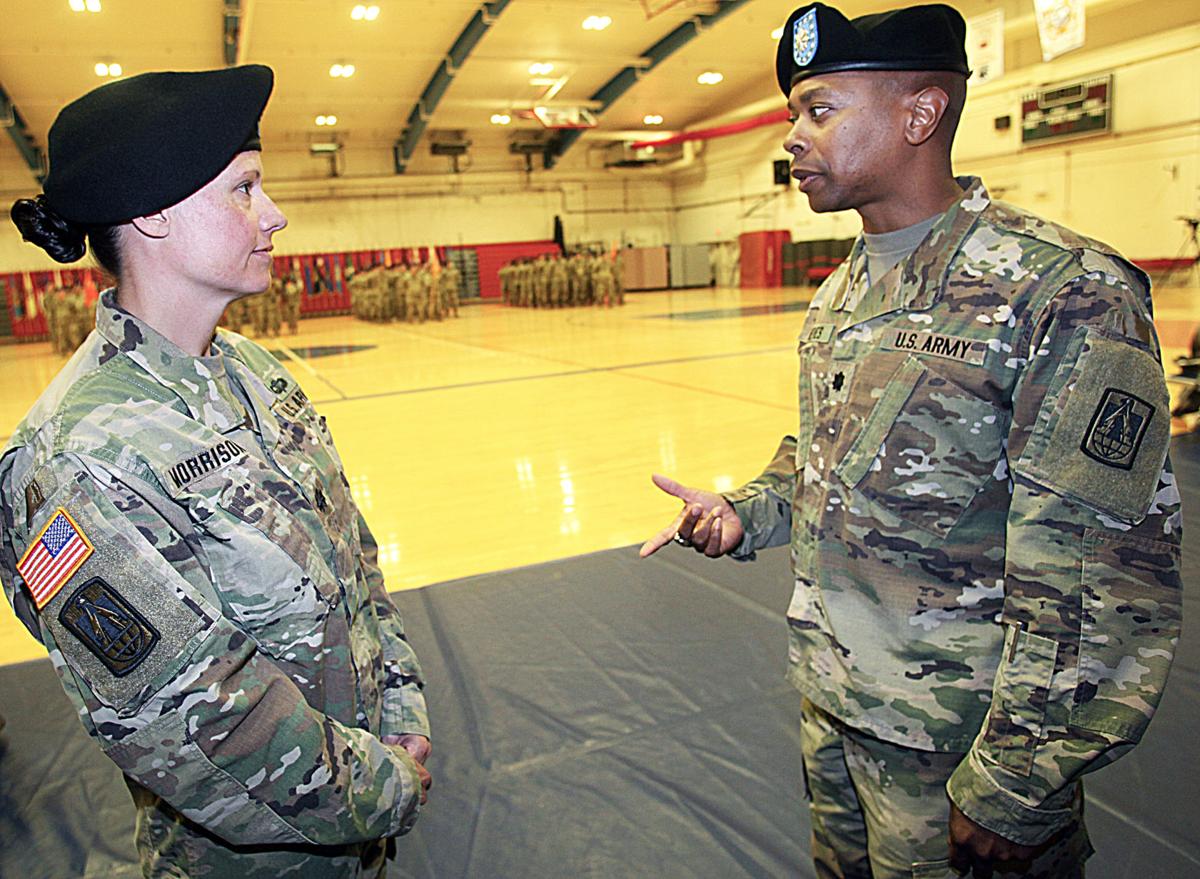 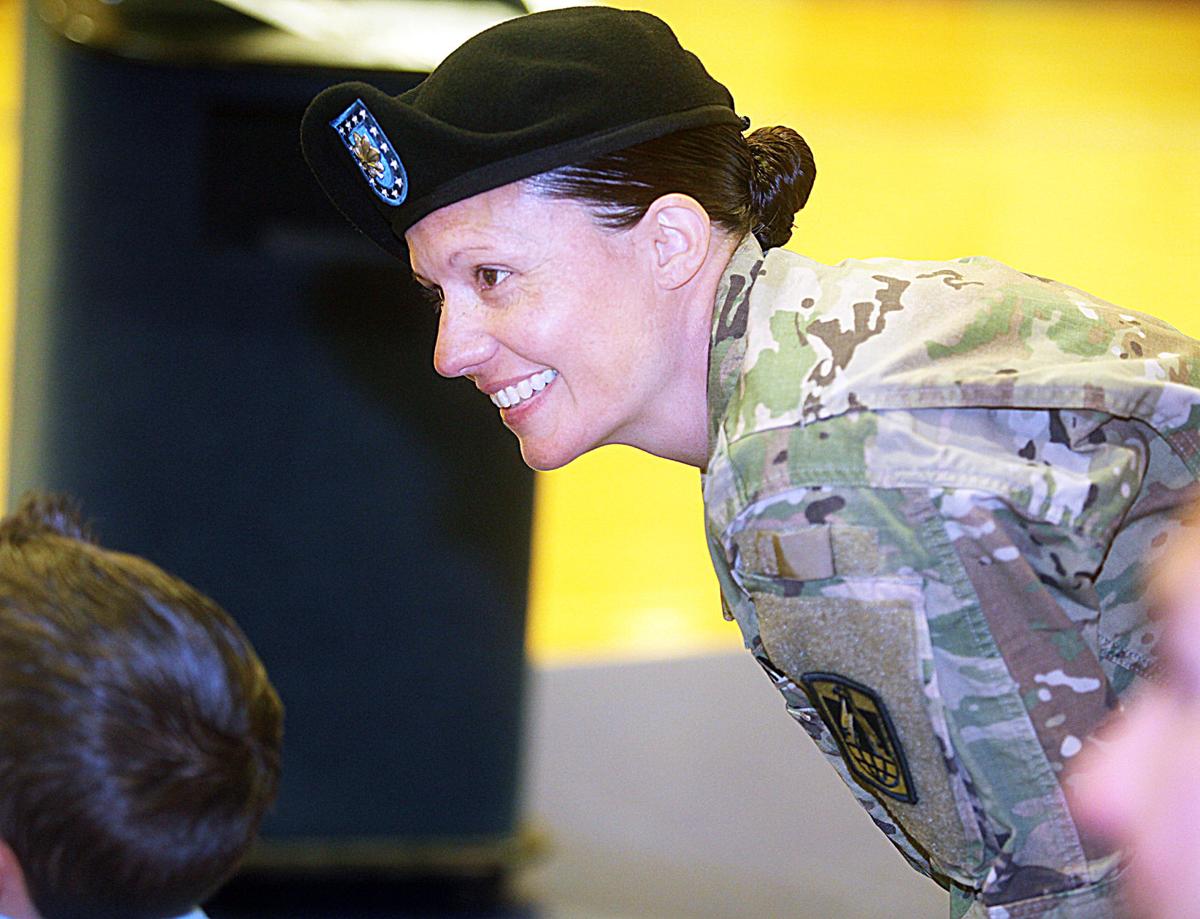 Morrison, a University of Arizona graduate, called the ceremony "the most exciting day" of her military career. 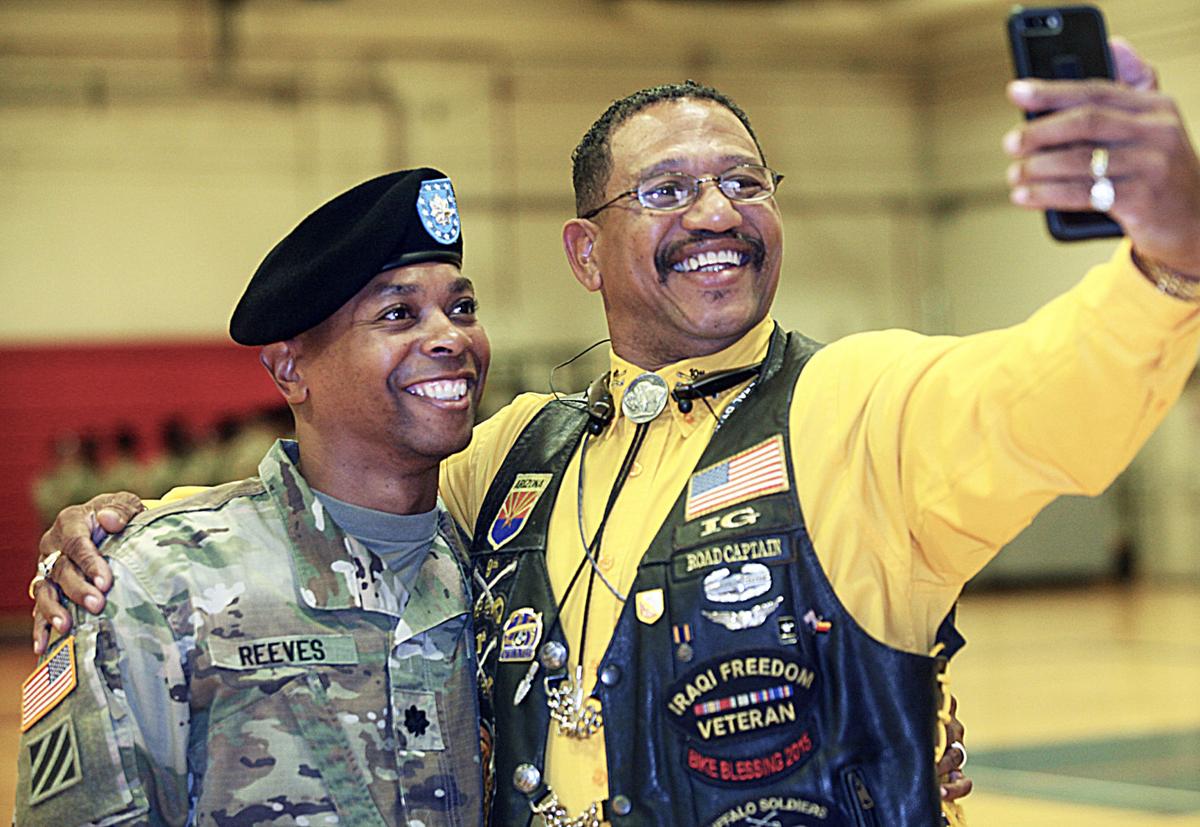 Morrison, a University of Arizona graduate, called the ceremony "the most exciting day" of her military career.

FORT HUACHUCA — The 40th Expeditionary Signal Battalion (ESB) held a change-of-command ceremony on Friday morning, passing the responsibility of one of the Army’s most dynamic units to a new leader.

Rain drove the ceremony indoors to Barnes Field House, where members of the 40th, friends, family members and installation leaders gathered to bid farewell to outgoing commander Lt. Col. Kevin Reeves — who was departing after two years in the position — and to welcome incoming Lt. Col. Shylo Morrison.

The ceremony began with the traditional presentation of gifts to the family members of the incoming and outgoing commanders, and followed with a display of semaphore flagging, which is a historic signal system used to convey visual information by the movement of hand-held flags.

“What makes this change of command special is that we used semaphore, which is a silent flagging system that we used to use in the past,” said ESB Command Sgt. Maj. Jason McCoy. “Very rarely is it used anymore, but we wanted to bring back a little bit of the history and to show that the Signal Corps is still relevant.”

The Signal Corps can trace its origins back to the Civil War, where it was authorized in order to wordlessly convey information among troops. Although technology has since advanced beyond flags, the core mission of the ESB, which was first constituted in 1942 and made Fort Huachuca its home in 1973, remains similar to that of the early signaliers: to support operations by executing mission command and network communications.

“We’re the only FORSCOM unit, so when a battle or war kicks off, we’re the ones that are called on to deploy,” said McCoy. “Although this is a training post, we’re actually the active arm of the Army, so we provide ‘comms’ to the war fighters.”

Following the semaphore display came the passing of the flag between the two commanders. Each of them then had the opportunity to say a few words on the special day.

Reeves, the outgoing commander, spoke first. The importance of teamwork was a major theme of his speech. He thanked the Fort Huachuca community, as well as all the officers and soldiers in the battalion for their hard work and support.

He especially thanked his “battle buddy” and “right hand” McCoy for helping him to successfully meet the challenges he faced during his two years in the command position.

The University of Arizona graduate said the day was, without question “the most exciting day” of her military career.

“I pledge to continue living up to the legacy established by our predecessors,” she said. “And to continue delivering the best quality of training and combat readiness.”