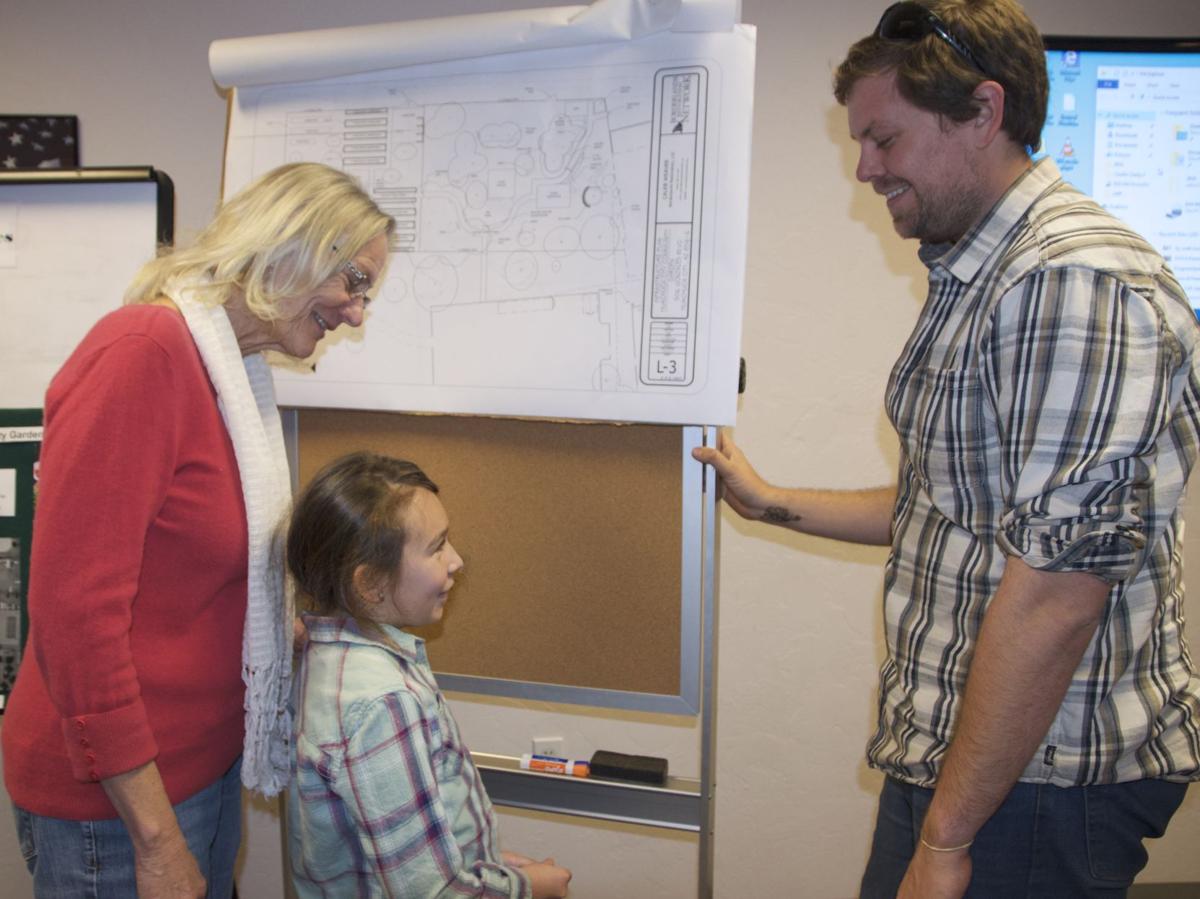 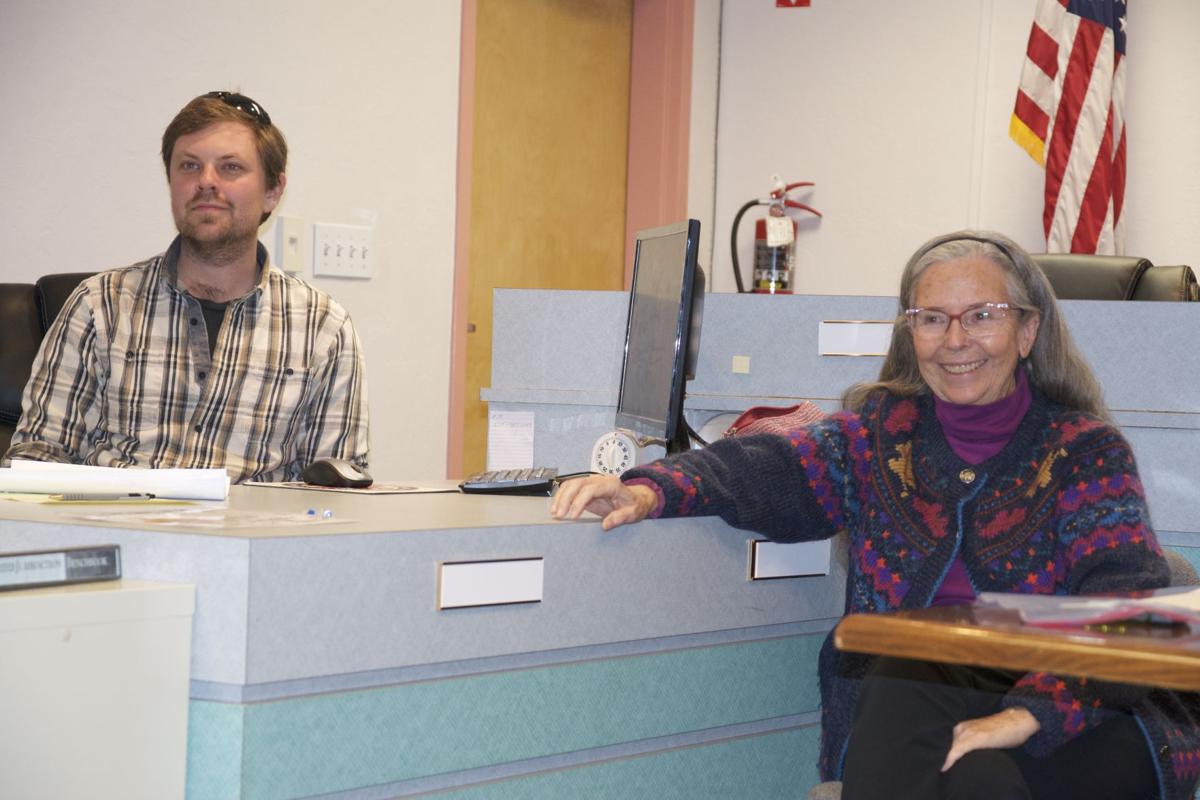 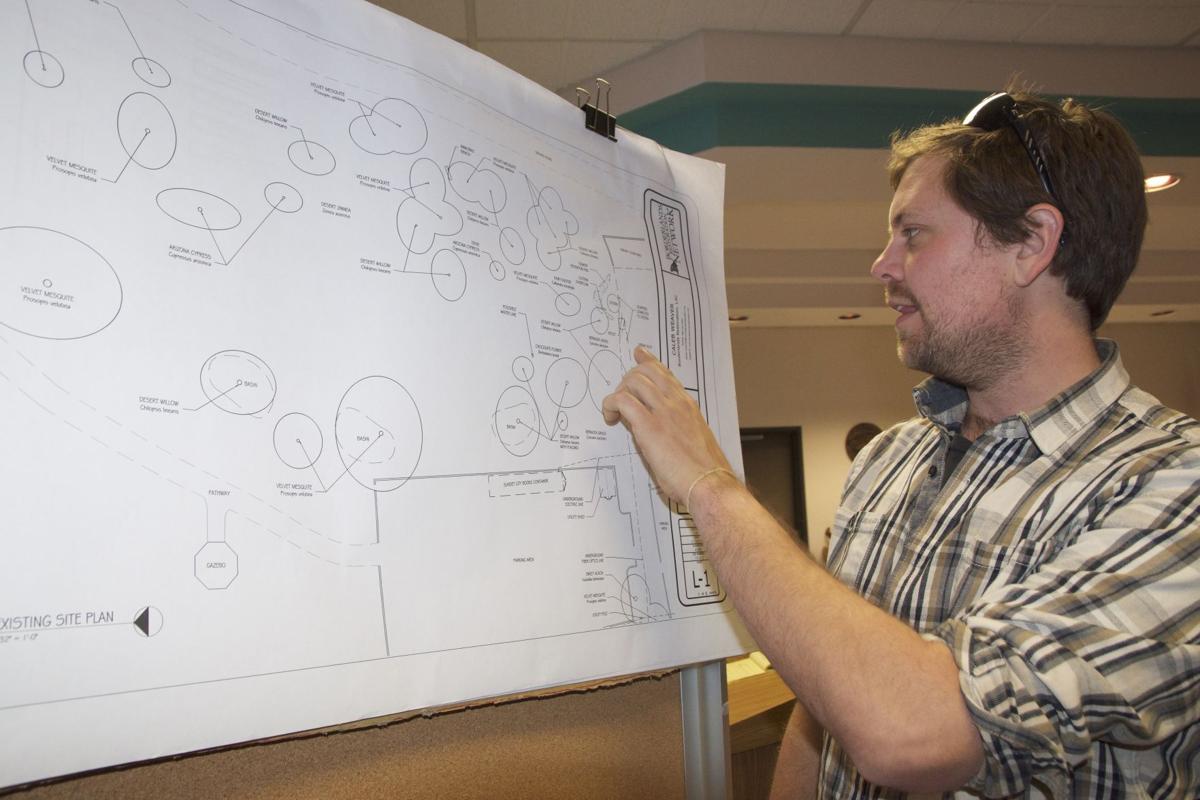 Freshly grown fruits and vegetables will be distributed free of charge from a garden made possible through land provided by Huachuca City and a $50,000 Legacy Foundation grant.

Now in its planning stage, the group is designing the garden on two-thirds of an acre north of the Huachuca City Public Library, in a space they want to use for educational and production purposes. The project could expand up to two acres, utilizing vacant property owned by the town of Huachuca City, through an intergovernmental agreement between the town and the community garden nonprofit organization.

HCCG members held a public meeting Saturday morning at Huachuca City town hall, where attendees heard from two presenters. They were encouraged to ask questions and provide ideas and input.

Opening remarks were presented by Ann Aust, the project grant writer who secured the $50,000 Legacy Foundation award for the garden. The funding represents a starting point for the project, which will be developed in stages as more resources become available.

Caleb Weaver of Borderlands Restoration, a nonprofit based out of Patagonia, presented a design plan that featured the space as it’s developed at different stages, starting with the existing site plan, then moving through infrastructure, planting and rainwater harvesting components.

With Huachuca City School in close proximity to the property, Aust spoke of plans for developing an educational garden area specifically for school children, noting that it would tie in nicely with science curriculums and state standards.

“When classes of school children are in the garden, the area will be locked as a security measure, which means the community will be locked out during those times,” Aust said. “We’re also mounting cameras in three different locations with monitors in the police station as an added security precaution.”

While an important component of the overall plan, the children’s garden represents just one piece of the project. Adults will be involved in all aspects of developing the outdoor space, from providing input at its start, to planting, harvesting and assisting with maintenance.

All existing trees and water-retention basins will be incorporated into the project’s site plan. In addition, wheelchair accessible walkways made of permeable, flat, crushed rock are part of the design.

Another layer of the project is to offer classes on healthy food preparation and eating habits at the Huachuca City library.

Weaver developed an extensive, four page AutoCAD landscape design for the project, which he presented at Saturday’s meeting.

His design provided a blueprint that showcased the proposed teaching and production areas, which include the raised beds and a sunken pumpkin patch.

A pavilion, gazebo, greenhouse, six-foot perimeter fence, educational signage in the teaching area and a meandering walking path are other design features.

As the town considers how it wants to use a $471,000 Community Development Block Grant (CDBG) Huachuca City is receiving later this year, there will be a series of hearings designed to give the community an opportunity to provide input about how they want the money spent.

“Improvements to parks and outdoor spaces are some of the more popular requests we’ve heard at a previous meeting,” said Huachuca City Councilwoman Joy Banks. “Because CDBG meetings are used to gauge how the community wants the money spent, I encourage all of you to come to these sessions and be heard,” she added.

“It’s going to take a lot of funding to complete this project, which we will be doing in stages as we’re able to find the funding we need to support it.”

A 6 p.m. public hearing is planned prior to the town council meeting on Jan. 23 where the community can provide input regarding the block grant money, Banks said.

Plans are to start the community garden’s first stage of development at the end of the month with grading work.

Next comes the six-foot perimeter fence, with Stan’s Fence contracted for the project, Aust said.

“After the fencing, we’ll start working on the production area. With the help of many community members, our hope is to have free produce such as sweet peppers, tomatoes, green beans, cucumbers, zucchini and pumpkins available for the community this year,” said Aust.

“We want this garden to be a source of fresh fruits and vegetables, a place to learn, a place to celebrate and a place to build a healthy Huachuca City community.”