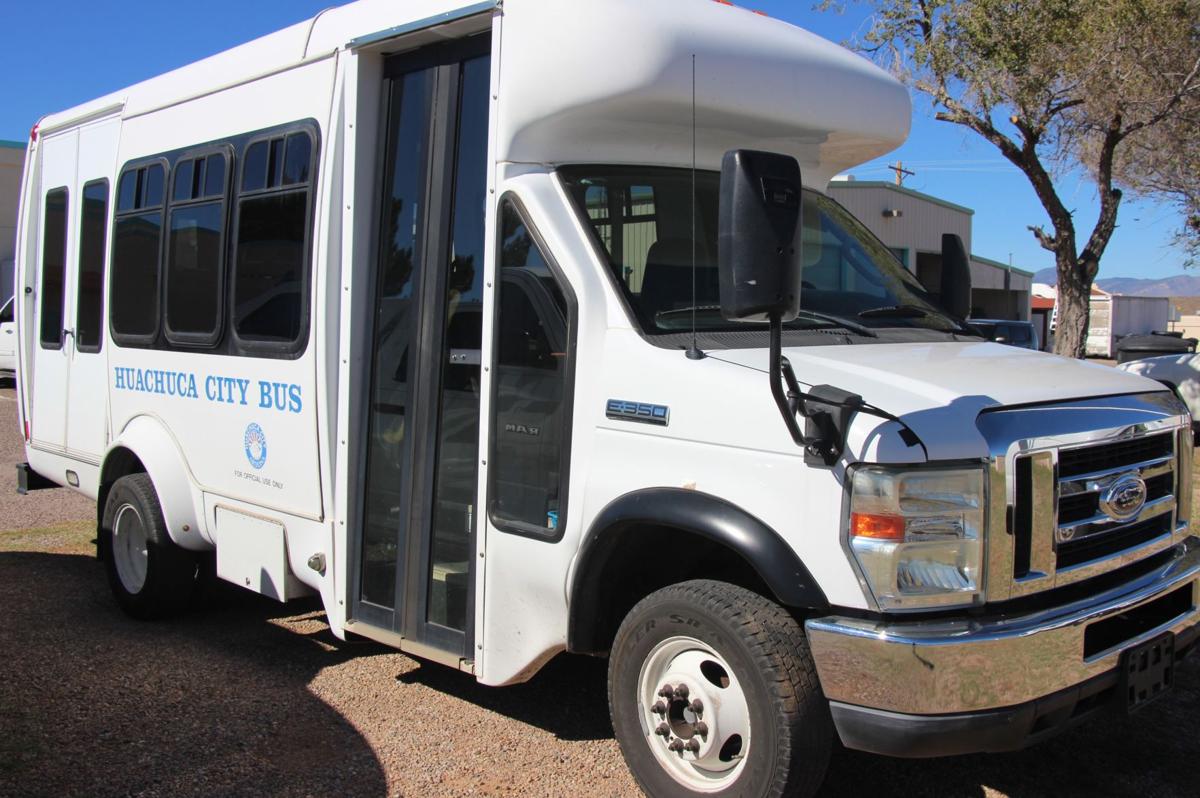 Huachuca City Transit will renew its service in March, but will have some changes, including set fees, stops and transit times. 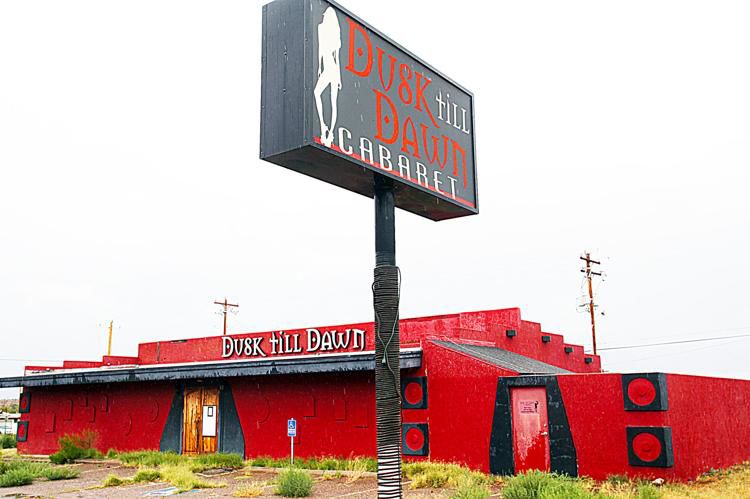 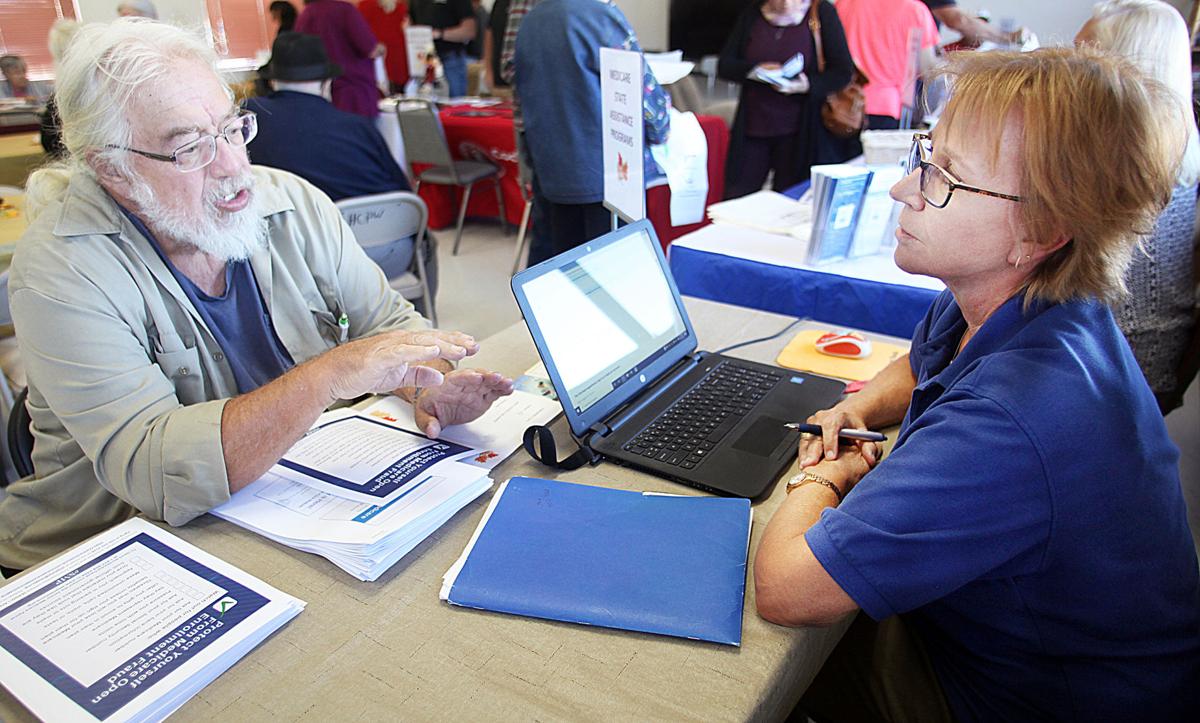 Bob Truelove, from Whetstone, receives information about the Medicare State Assistance programs available from counselor Kim Jackson earlier this year at the Senior Citizens Center in Huachuca City. The center was reopened in August after undergoing refurbishment.

Huachuca City Transit will renew its service in March, but will have some changes, including set fees, stops and transit times.

Bob Truelove, from Whetstone, receives information about the Medicare State Assistance programs available from counselor Kim Jackson earlier this year at the Senior Citizens Center in Huachuca City. The center was reopened in August after undergoing refurbishment.

HUACHUCA CITY — As the town of Huachuca City looks toward the start of 2020, community leaders are optimistic about a list of new developments and what they hold for the town’s future.

Huachuca City’s bus service, which was discontinued a year ago because of the high cost associated with keeping it running, is returning in March.

While this is good news for residents who depended on the bus line for transportation into Sierra Vista, there is a restructuring component in place.

“In order for the town to qualify for the necessary grant funding for this service, we need to start charging fees to ride the bus, as well as establishing dedicated stops and setting up scheduled times at those stops,” explained former City Manager Matthew Williams.

“Until 2014, the bus service was primarily financed by grant funding through the 5310 bus line funding program. However, previous town staff dropped the ball on grant funding and the bus line fell out of grant compliance, which means Huachuca City stopped receiving grant money for its bus service.”

After losing the grant, the town paid 100 percent of the cost for operating the bus service, which translated to an annual cost of about $65,000 for Huachuca City, which it could no longer afford.

“The bus line was like a free taxi service,” said Huachuca City Mayor Johann Wallace. “While we didn’t want to discontinue the transportation service, we knew that we needed to find ways to come into compliance with grant standards in order to bring it back.”

With the new fee proposal and dedicated stops in place, the Legacy Foundation is awarding Huachuca City a $50,000 grant, which provides the town with the financial boost it needs to bring its bus service back into grant compliance, Wallace said. Once Huachuca City proves it is operating the bus service by following the 5310 funding guidelines, it should qualify for that program once again.

“The Legacy Foundation is making it possible for us to bring our bus service back so we can be considered for future 5310 funding,” Wallace said.

“Our bus line is also going to be helping the City of Tombstone through an intergovernmental agreement between Tombstone, Sierra Vista and Huachuca City,” Wallace noted. “Currently, Tombstone does not have a bus service, so we’re working on an agreement with them, which enables Huachuca City to be better positioned for future grant funding that benefits both communities.”

Fees for the bus service are modeled after what Sierra Vista is charging, said Wallace, who added that the goal is to create a sustainable bus line, much like the one that Sierra Vista has in place.

The town is proposing to run the bus three days a week — Monday, Wednesday and Friday — at 10 a.m. and 2 p.m., with dedicated stops in Huachuca City, Tombstone and Sierra Vista. More details about the service will be announced once they’re available.

“We’ve been in litigation with the former “Dusk Till Dawn” owners since 2015, so this acquisition ends the litigation, and an amicable resolution between both parties has been reached,” Wallace said.

There are very specific state laws about the proximity of adult entertainment to residential areas, schools, businesses and churches, which was a concern with the establishment, Wallace said.

“By purchasing the property, the town now has another asset it can use to bring in revenues by leasing the property,” the mayor said. “And we have control over the type of businesses that use that space. This building will never again be used for adult entertainment purposes.”

Now that Huachuca City is in possession of the building, Wallace said there are plans to paint the building and remove the old signage.

The anticipated $1,500 to $1,700 monthly lease the property is expected to bring will be used to pay for its purchase.

The building was purchased with a 15-year sales tax revenue bond, with an annual payment due every August through 2035.

“We are optimistic that the monthly lease payments will provide enough revenue to cover the annual payment so that very little sales tax revenues will go toward the building payment,” Wallace said. “I see this property acquisition as a good move for the town of Huachuca City.”

The town’s senior center reopened on Wednesdays and Fridays from 8:30 a.m. to 2 p.m. after a seven-month hiatus. The center, which serves as a community connection for resources and as a social venue, reopened in August. While closed, the center went through a refurbishing where it received a new roof, flooring and interior paint.

The center also serves as a drive-through food distribution source for qualified Huachuca City residents on the third Friday of every month. Organized by the Salvation Army Sierra Vista Corps and Community Foodbank of Southern Arizona, with assistance from the town of Huachuca City, the drive-through held its first distribution on Dec. 20.

It’s estimated between 75 and 80 percent of Huachuca City’s 1,700 residents fall within poverty guidelines, qualifying them for the distribution, said Captain Carlos Souza of the Salvation Army Sierra Vista Corps, the organization overseeing the distribution.

Based on that number, Souza says as many as 1,200 residents qualify for the free food, and expects to see the number of people who take advantage of the program in Huachuca City to grow every month. The next distribution is Jan. 17 from 8 to 9 a.m. in the parking lot of the senior center.

“Thanks to the efforts of town councilwoman Joy Banks, we have an emergency preemption signal coming to School Drive in the near future,” Mayor Wallace said. “The signal is made possible by SVMPO (Sierra Vista Metropolitan Planning Organization).”

Through this effort, another preemption signal is going to be installed at the Whetstone Fire Station at Camino de Mañana and State Route 90, making access onto the highway much safer for emergency responders at both the Huachuca City and Whetstone locations, Wallace said.

“So, we have a whole list of new developments happening in Huachuca City. In the midst of all this, we’re in the process of hiring a new town manager to replace Matthew Williams whose last day was December 17th,” Wallace said. “We have an interim city manager in Eric Duthie, who will be working three days a week until we find a permanent replacement for the vacated position.”

Wallace encourages the community to attend town council meetings, held the second and fourth Thursday of the month in the council chambers of Huachuca City Town Hall, 500 Gonzales Blvd. While the regular meeting time is 7 p.m., there are special meetings and work sessions from time to time.

“We encourage residents to attend the meetings so they can be informed about what is happening in their community,” Wallace said.