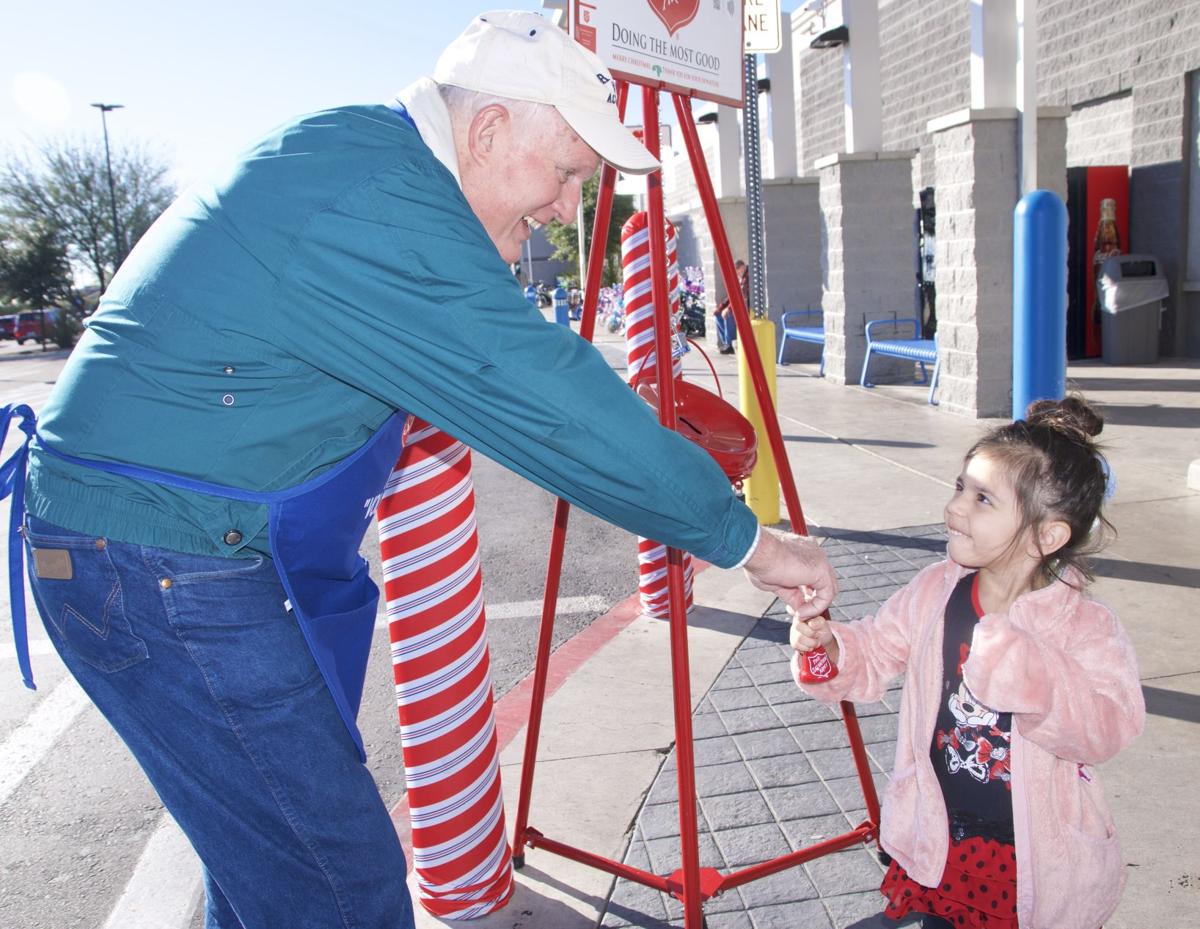 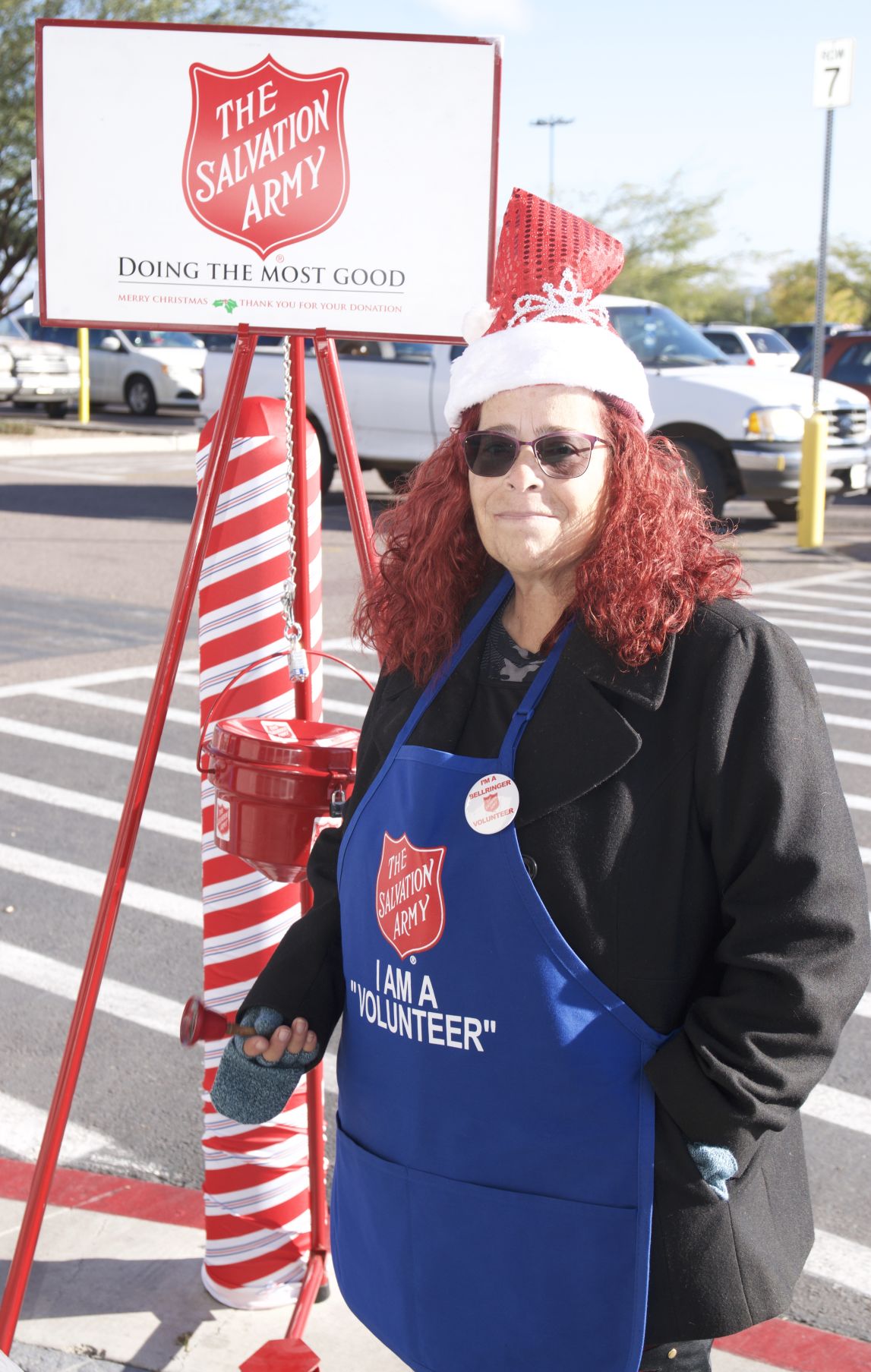 Cheryl Dunavant, one of the local Salvation Army’s volunteer bell ringers, stands in front of Walmart on Saturday to help raise money for services the Salvation Army provides people in need. 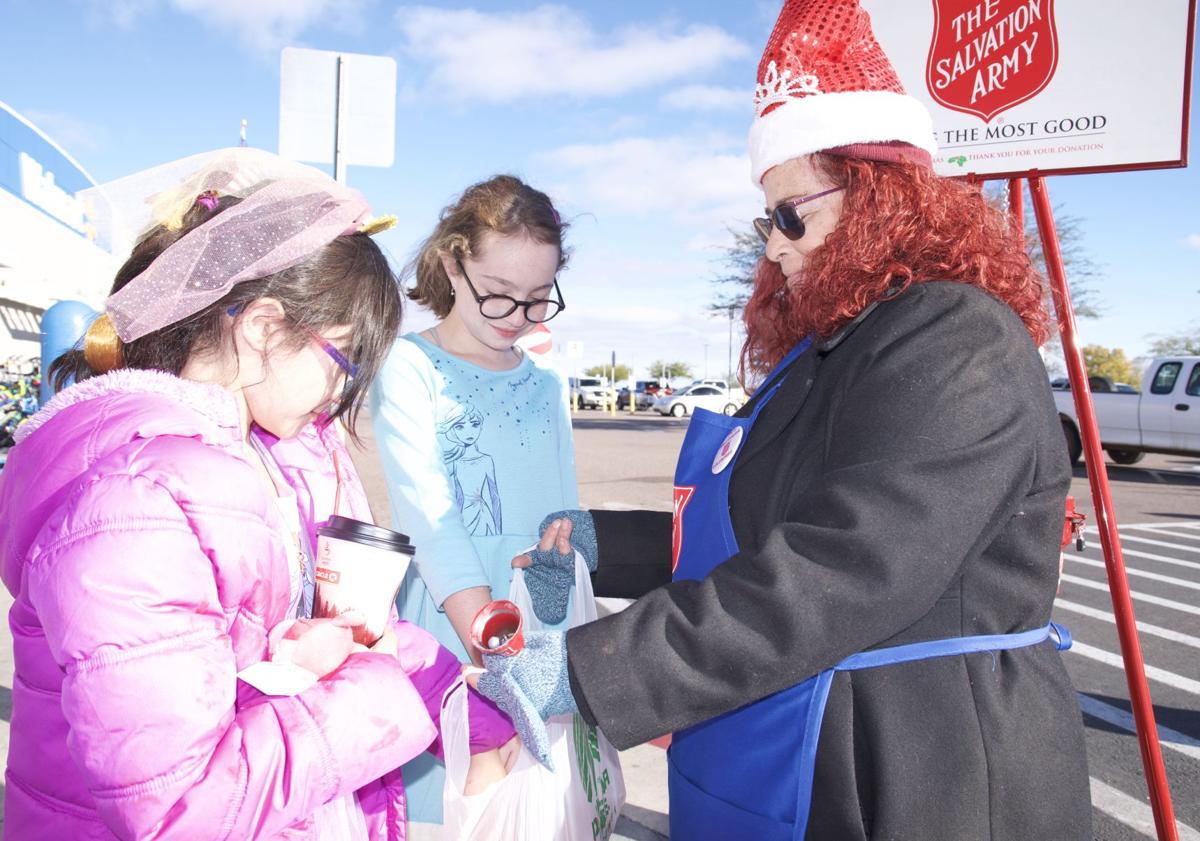 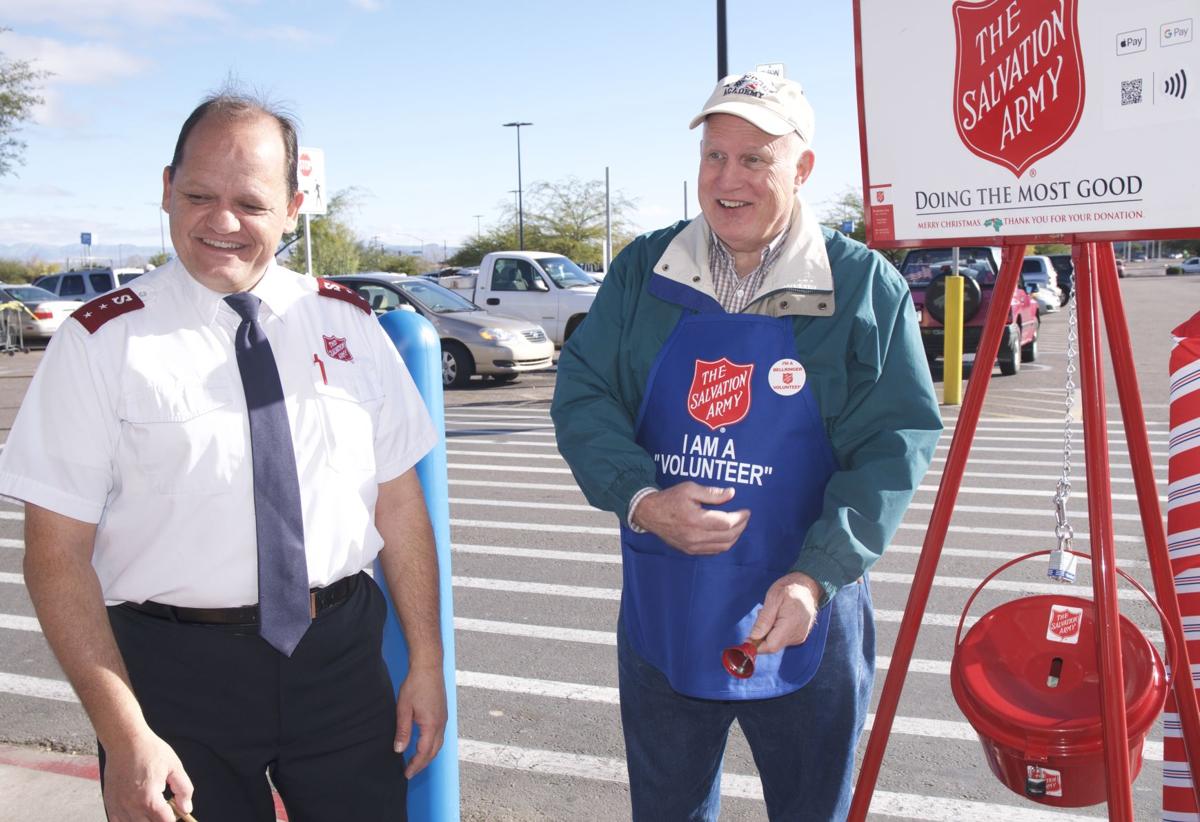 Cheryl Dunavant, one of the local Salvation Army’s volunteer bell ringers, stands in front of Walmart on Saturday to help raise money for services the Salvation Army provides people in need.

SIERRA VISTA — Across the U.S., the Salvation Army kicks off its Red Kettle campaign on Black Friday, with the annual fundraiser ending Christmas Eve.

But in Sierra Vista, heavy rains caused the local Corps to cancel its Friday kick-off.

“Our red kettle campaign is already a week short this year because of Thanksgiving falling later in November,” said Captain Carlos Souza of the Sierra Vista Salvation Army Corps. “And now, because of the weather, we canceled our bell ringers on Black Friday. This really shortens our bell ringing and has the potential to hurt us.”

Throughout the country, those signature red kettles and bell ringers have become a familiar Christmas scene, with the money raised to support a list of programs that benefit the community’s poor.

While concerned about how the shortened bell ringing campaign will impact the local Corps, Souza says that Sierra Vista has proven to be a generous community. He has faith that the Salvation Army will get the extra help it needs to make up for those lost days.

While shoppers typically stuff cash in the red kettles, Souza reminded potential donors that checks are another way to contribute.

“Check donations can be deducted from state tax returns as a charitable contribution, and some people don’t think about putting checks in the kettles,” he said.

“Last year we provided more than 21,000 meals for the people of Sierra Vista and surrounding areas,” Souza noted. “That does not include the 1,000 families receiving food boxes every month. We also help with utility assistance, we provide clothing vouchers, and we transport people in need of drug or alcohol rehabilitation to shelters in Tucson and Phoenix. And we have a shelter in Tucson that provides job training for people who want to change their lives.”

Nationally, the Salvation Army reports that 70 percent of its annual income comes through the donations that people stuff into those red pots during the holidays.

With the Salvation Army reaching out to the community for more bell ringers, Souza said there are new groups that have signed up this year.

“We have wonderful support from organizations who come out and help us every year. The Cochise County Sheriff’s Office typically rings in front of Walmart all day on Black Friday, but we’re going to have to reschedule them this year.

“We also have new groups that have signed up with us. Cochise College is going to have eight days worth of volunteering where they will be covering the two doors at Fry’s,” he said. “Calvary Chapel is a new church that is on board to help us, as well as Move City Church and Sierra Vista United Methodist Church.”

On Saturday, Village Meadows Pastor Mark Pitts was one of the bell ringers in front of Walmart.

“This is the second year our church is involved with the bell ringing,” Pitts said. “It’s all about helping those in our community who need the assistance, and it’s about the Gospel.”

Cheryl Dunavant, who was another Saturday morning bell ringer in front of Walmart, is praised by Captain Souza for her tireless dedication to the red kettle campaign.

If fact, after her two-hour stint in front of Walmart, Dunavant said she planned to head over to Fry’s for another two-hour shift.

“Along with churches and organizations, we have amazing support from different individuals in our community,” he said. “For example, Cheryl Dunavant started volunteering as a bell ringer last year, and was out there every single day during our red kettle campaign, except when she was sick with a bad case of the flu. She is one of our more faithful bell ringers and we are blessed to have her returning again this year.”

Dunavant, who is 61, said the bell ringing has become a passion for her.

“I love doing this. I put on my red Salvation Army apron, wear a Santa hat, play Christmas music with my bluetooth and hand candy canes out to the kids,” she said.

“I’ve had people stop and thank me for being out there and last year, people told me I was brave for standing out in the cold, snowy weather.”

Even after an ankle fracture forced her to wear a cast halfway through last year’s bell ringing season, Dunavant didn’t let that stop her.

“I’ve met some really kind people while doing this,” she said. “On one of the really cold days last year, a man brought me a hot chocolate from the McDonald’s in Walmart.”

Referring to her bell ringing volunteerism as “a life-changing experience,” Dunavant said becoming a bell ringer is something she had considered doing for a number of years before she finally started last year.

“I think everyone should do it at least once,” she said. “I love being a bell ringer, and knowing I’m volunteering for such a great cause is very rewarding. As long as God is willing for me to do this, I plan to continue volunteering whenever or wherever Carlos needs me,” she said, adding, “I want to wish everyone a very Merry Christmas.”