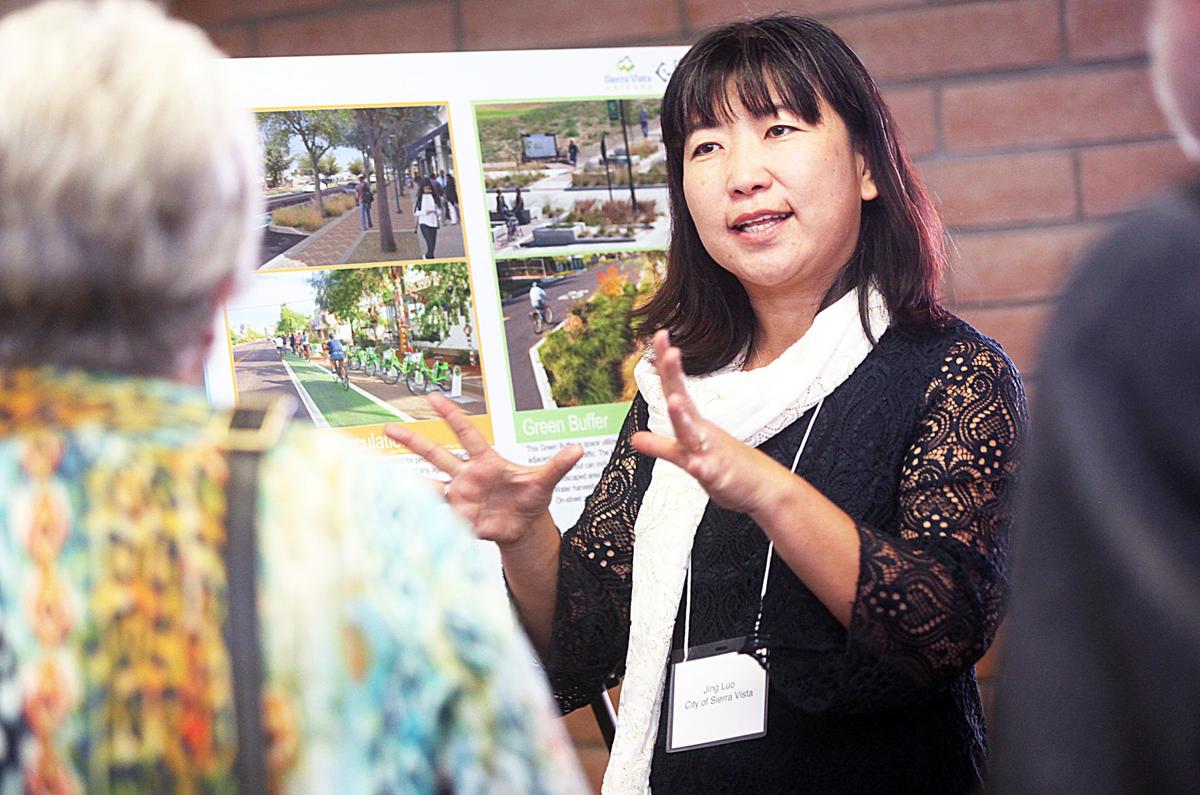 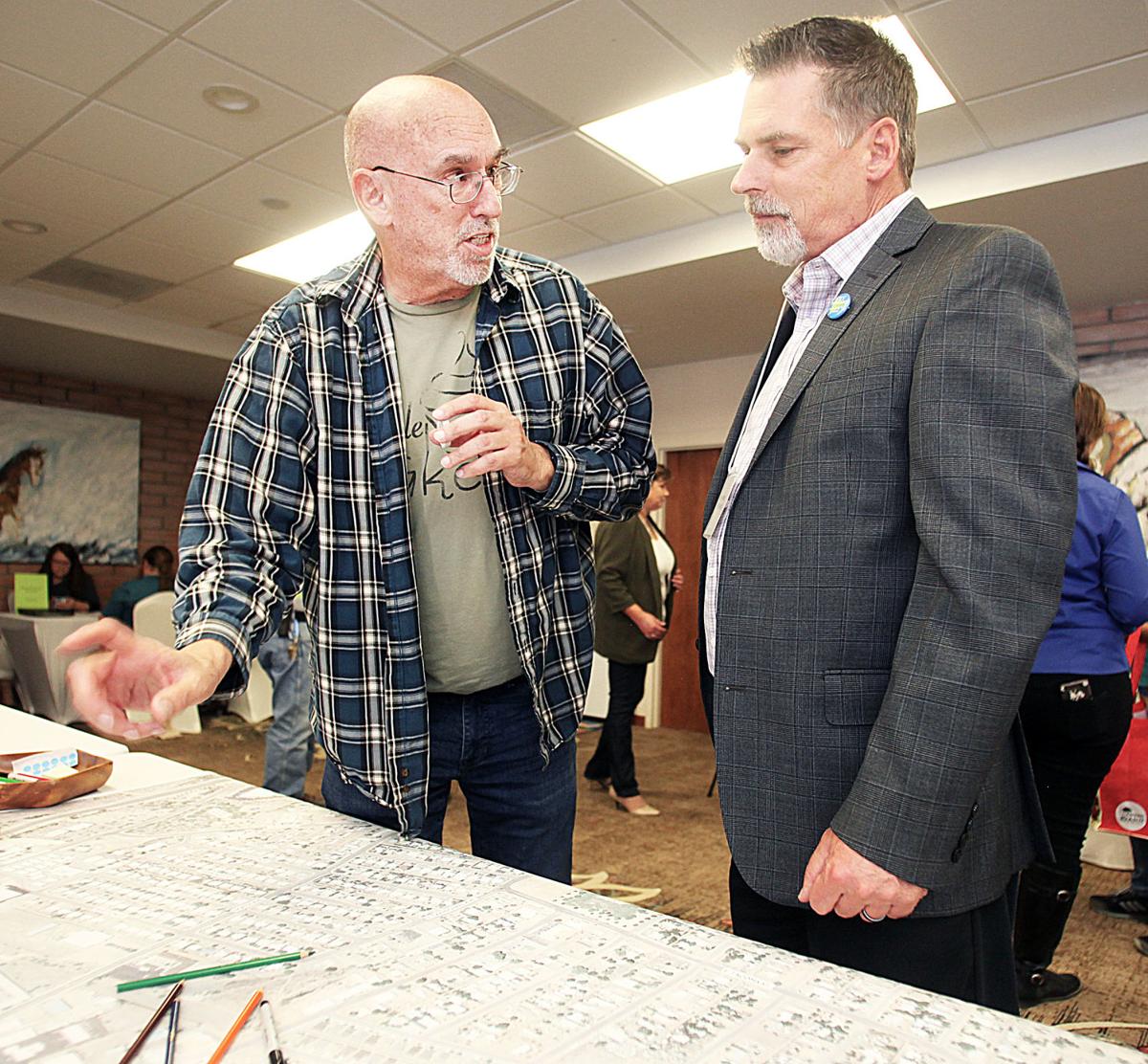 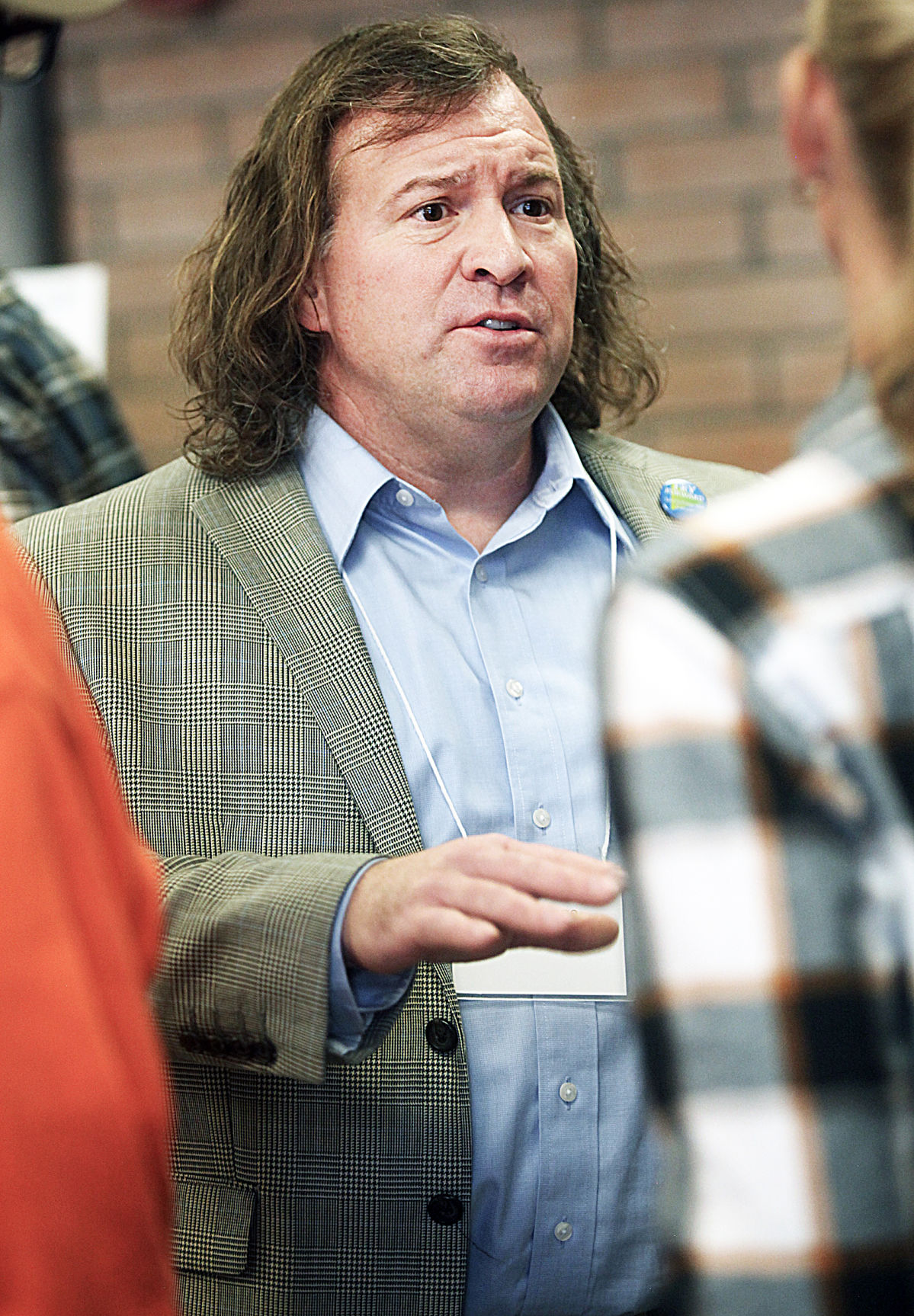 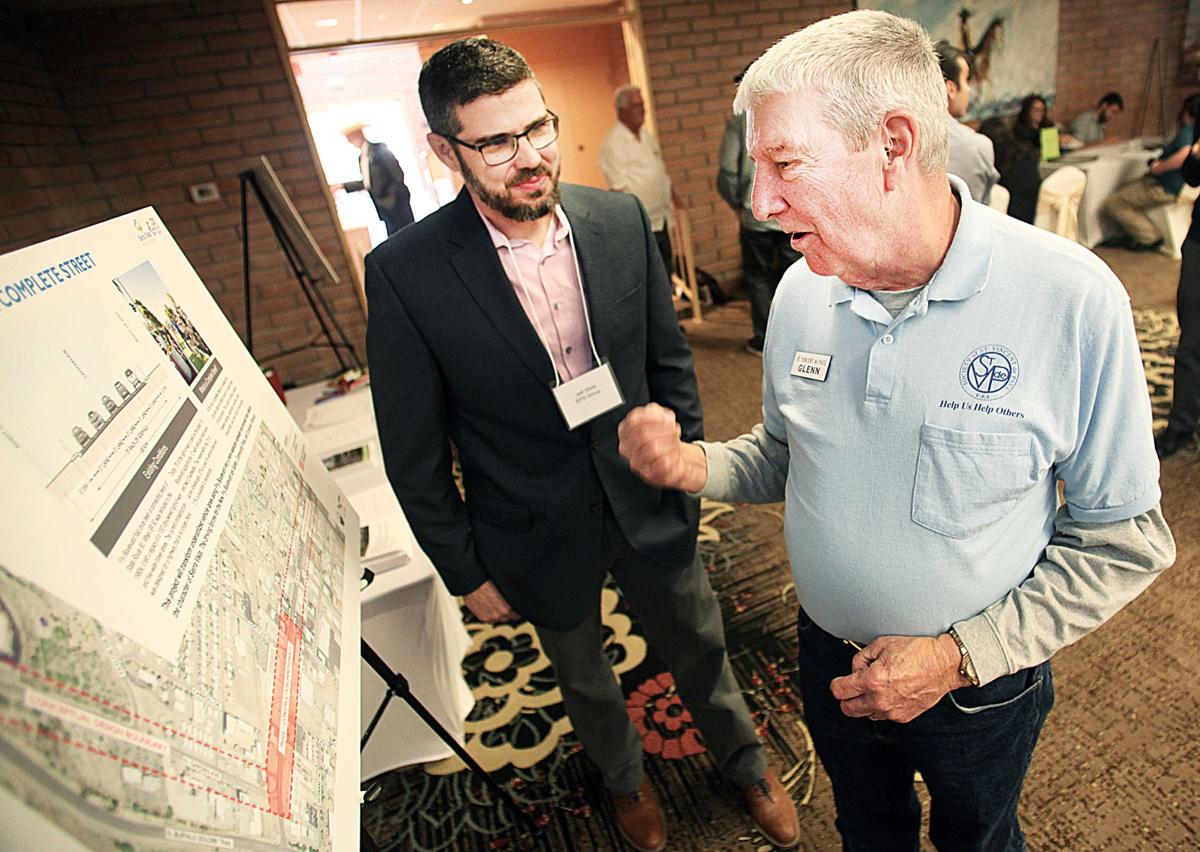 at the Sierra Suites Hotel.

at the Sierra Suites Hotel.

SIERRA VISTA — The public was given a view of the West End’s future on Wednesday evening at two open houses that allowed people to interact with designers and planners of the long-envisioned downtown.

That means building a thoroughfare that is user friendly to motorists, bicyclists, and pedestrians. A complete street also incorporates public-friendly amenities — benches, gathering areas and lighting — that will enhance the business district, city officials said.

City officials have said the project is fully funded by federal and state dollars, awarded to Sierra Vista specifically for the improvement of West Fry Boulevard and North Garden Avenue. The design phase of the project is expected to cost $400,000; about $2.35 million has been budgeted for the construction phase.

Since 2013, when the city launched the “Dream Your City” project, which sought public input for the Vista 2030: General Plan, residents have expressed the desire for a downtown area where they could walk to cafes, shops and entertainment.

One resident and business owner who attended Wednesday’s open house, said he usually leaves Sierra Vista on the weekends with his girlfriend to go to the downtowns of other communities.

The open houses, held at the Sierra Suites on West Fry Boulevard, were well-attended, said city spokesman Adam Curtis, with about 50 people coming to each two-hour session. There were five or six stations with renderings of how the improvements would look.

The public could stop and chat with Karen Lamberton, the executive director of the Sierra Vista Metropolitan Planning Organization and members of the EPS Group, an engineering and design firm retained by the city that specializes in streetscape renovation projects.

Ardent “West Ender” Rosie Mackey, a Sierra Vista resident since 1980 and a member of the city’s West End Commission, was pleased with what she saw at the open house.

“I think it’s awesome,” Mackey said. “We’ve been waiting for this for a long time. It’s part of the redevelopment district of the city. It’s going to bring more people into the city. They’re gonna want to come to the west end to see what we’re doing and how we’re doing. They’ll have a place to sit and visit.”

U.S. Army veteran Larry McKim, a resident since 1989, also said he liked what he saw from the presentation and plans.

“This is outstanding because we’re giving the public a way to feed to the council what they want,” McKim said. “It’s been 13 years since we were first presented with this idea, but we never had the money to do it. Now it looks like we have enough money to kick off this first phase.”

“It looks like this is going to happen,” McKim said.

Broxton said he is all for revamping the city’s West End: “If you want to build community, if you want people to have a sense of belonging, (you have to give people) an area where they can all get together for different things.”

Renderings of the plans can be viewed at sierravistaaz.gov/fryforward.