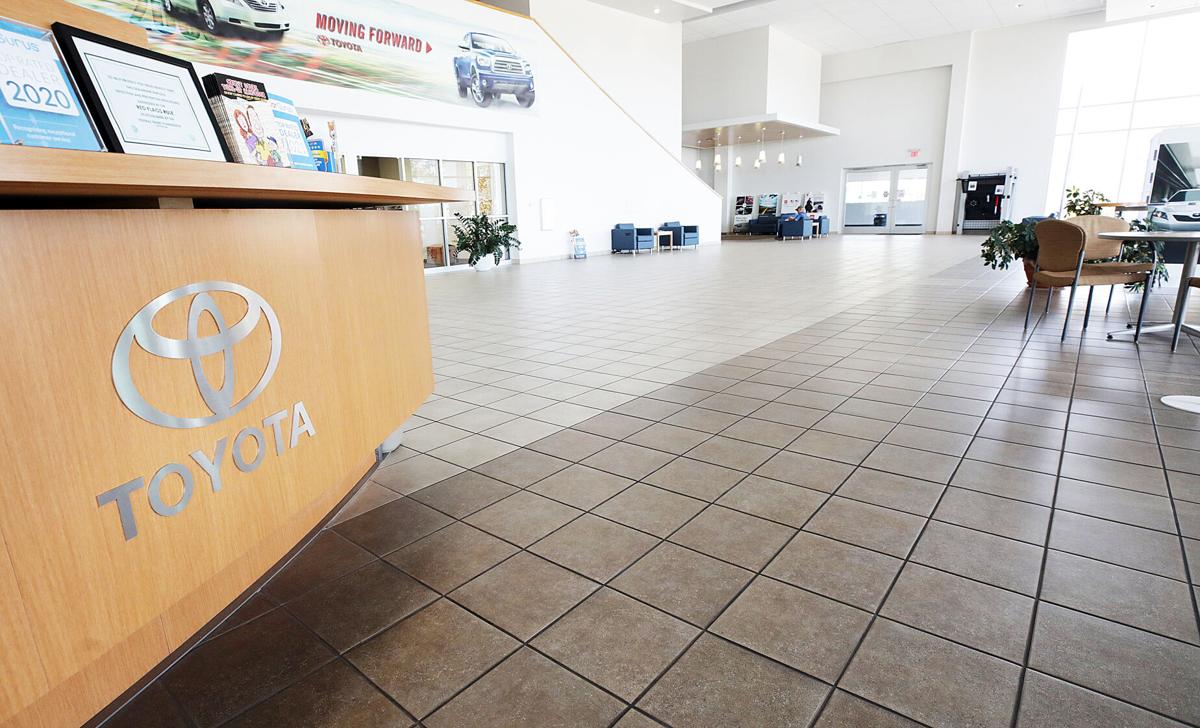 Sierra Toyota and other dealerships nationwide have been dealing with vehicle shortages due to a global shortage in microchips. The Sierra Vista dealership’s cavernous showroom is empty due to the shortage. 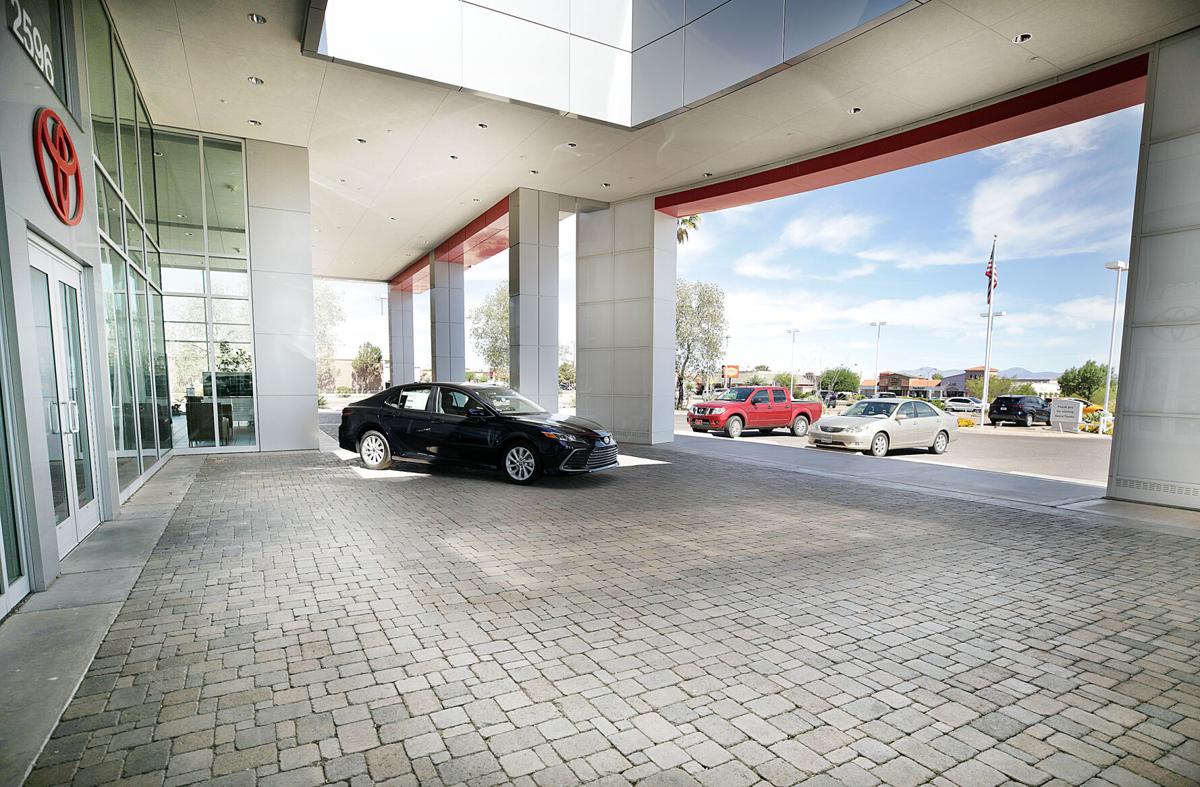 The Sierra Toyota dealership has only 20 new vehicles available, according to its president, KC Han, whereas they would have 130 or 140 new ones in past years. 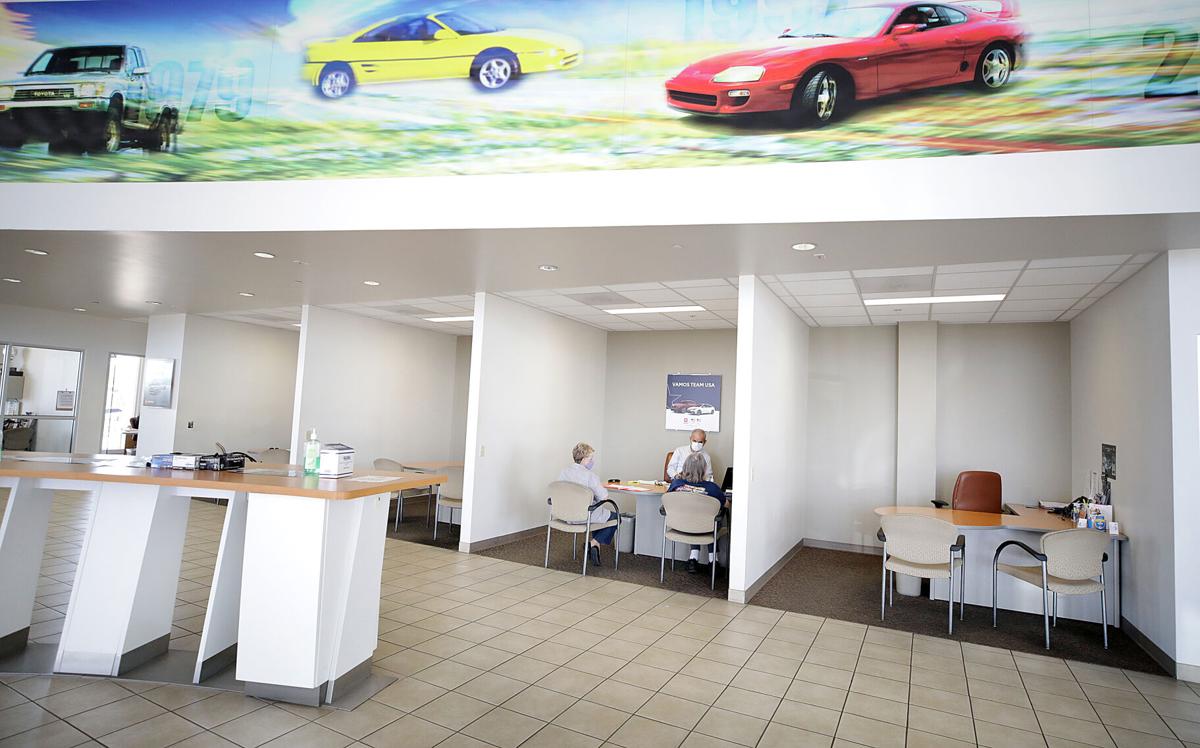 The large Sierra Toyota showroom is sparsely populated because of the vehicle shortage. 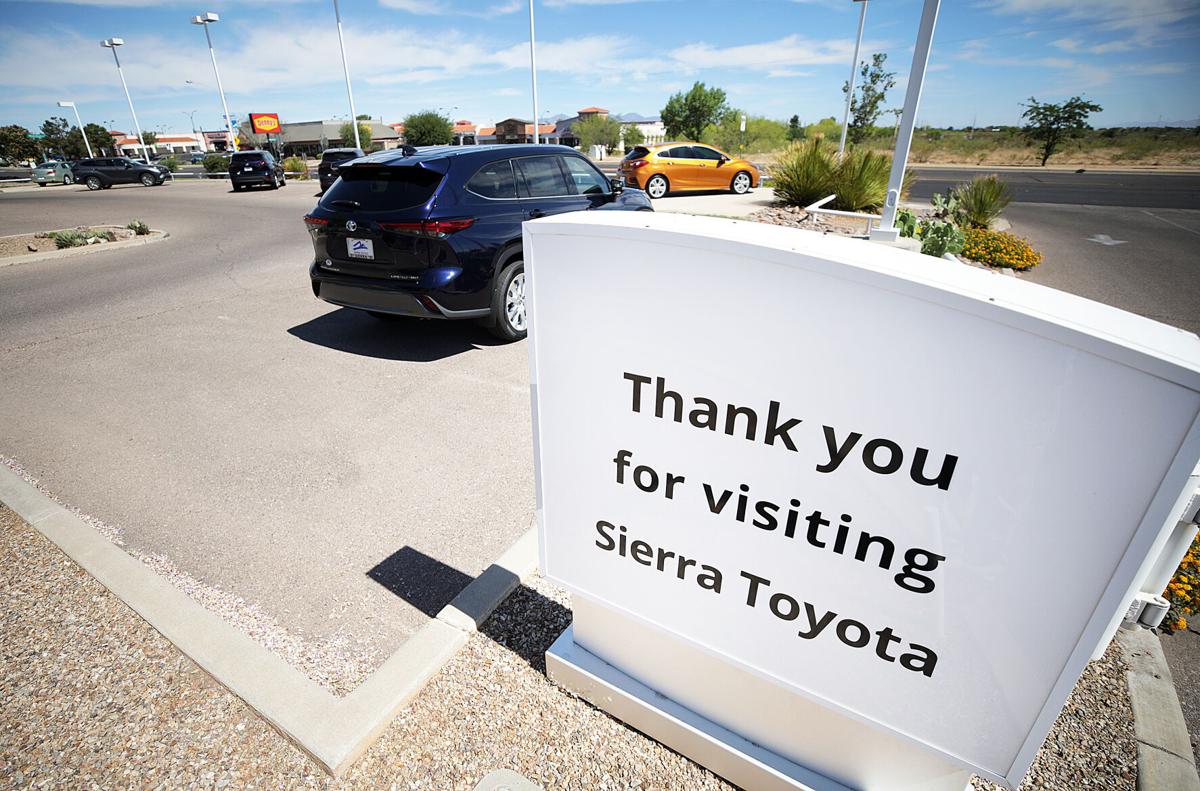 Even though the Sierra Toyota lot is almost empty, the demand for vehicles has increased.

Sierra Toyota and other dealerships nationwide have been dealing with vehicle shortages due to a global shortage in microchips. The Sierra Vista dealership’s cavernous showroom is empty due to the shortage.

The Sierra Toyota dealership has only 20 new vehicles available, according to its president, KC Han, whereas they would have 130 or 140 new ones in past years.

The large Sierra Toyota showroom is sparsely populated because of the vehicle shortage.

Even though the Sierra Toyota lot is almost empty, the demand for vehicles has increased.

SIERRA VISTA — This week, the showroom at Sierra Toyota is empty due to a global shortage in microchips necessary for new vehicles. Some customers have worried about the Sierra Vista car dealership’s business, but its president, KC Han, said the situation is quite the opposite of the rumors.

As Memorial Day weekend ended, Sierra Toyota had just 15 new cars in its dealership, Han said. Typically they have around 130.

Four consecutive months of record-setting sales combined with a shortage of vehicles has made their stock thin but their business steady, Han said. He added that Toyota did not reduce production as much as some car companies did during the pandemic, so they have more of a stockpile. Still, he has seen other Toyota dealerships that ran out of new cars after Memorial Day weekend.

Lawley Automotive Group in Sierra Vista has also seen greater sales overall and fewer new cars coming in, according to Jimmy Watts, general manager of Lawley’s Chevrolet store. They have been managing the shift by buying and selling more pre-owned cars, he said.

“We’re impacted by the industry no matter what happens, whether rates go up or anything, so in our particular industry we’re very adaptable,” Watts said. “So we anticipated the need to the customers and were able to accommodate them.”

Some of the recent demand in microchips is due to the pandemic, but the trend was pre-existing, as reported by USA Today. New game consoles, auto parts with chips, an increase in 5G products and less trade between the U.S. and China have all been factors.

As chip factories paused production during the onset of COVID-19, there was also a larger demand for digital products that many relied on to work and communicate, USA Today reported. Factories struggled to resume production of auto chips as the industry righted itself in mid-2020, and between the timing and the increased demand the shortage began, worsening in the beginning of 2021.

“Last year was a very difficult time, especially in March, April and May. As a business we were struggling just to survive,” Han said.

Watts said that sales were down last year for Lawley cars as well.

“However, it wasn’t down super significantly; it seemed like car buyers were still needing cars,” Watts said.

In May of last year, Watts said Lawley emailed their customers expressing interest in buying used cars, and got a significant response. They continued reaching out and were able to sell more used cars to adjust for a lack of inventory in new cars. In 2021, they have had higher sales, and many customers who would have bought new are buying used.

Richardson Motor Company owner Rob Richardson has also seen high sales for his used car business in Sierra Vista. He said his business began increasing around the start of the pandemic last April.

“That’s just what I’ve seen. Of course, we’re kind of a different dealer anyway — we’ve got old stuff, you know, hot rods and all kinds of different things, so we appeal to a lot of people, and like I said, I’ve noticed that those kinds of cars are just... people just want to get out and have some fun,” Richardson said.

Richardson said he has heard that RV and side-by-side sales are also up recently.

“It feels to me like that people are more in tune with themselves and their family,” Richardson said.

Richardson doesn’t place all of his success on circumstance, though, noting that the success is coming after 16 years of building a family business.

Han noted that prices for used vehicles are increasing with the demand, but customers are also getting good value for trade-ins. Overall, he and Watts both noticed that people were more mobile after COVID-19 vaccines started being administered.

Watts said he expects more inventory to come in as the year goes on, and customers who have waited to buy new cars will start returning as well. Han said the industry itself is changing quickly in other ways, with electric vehicles, autonomous driving and more on the horizon.

“We’re still taking one day at a time and trying to do the best we can,” Han said.