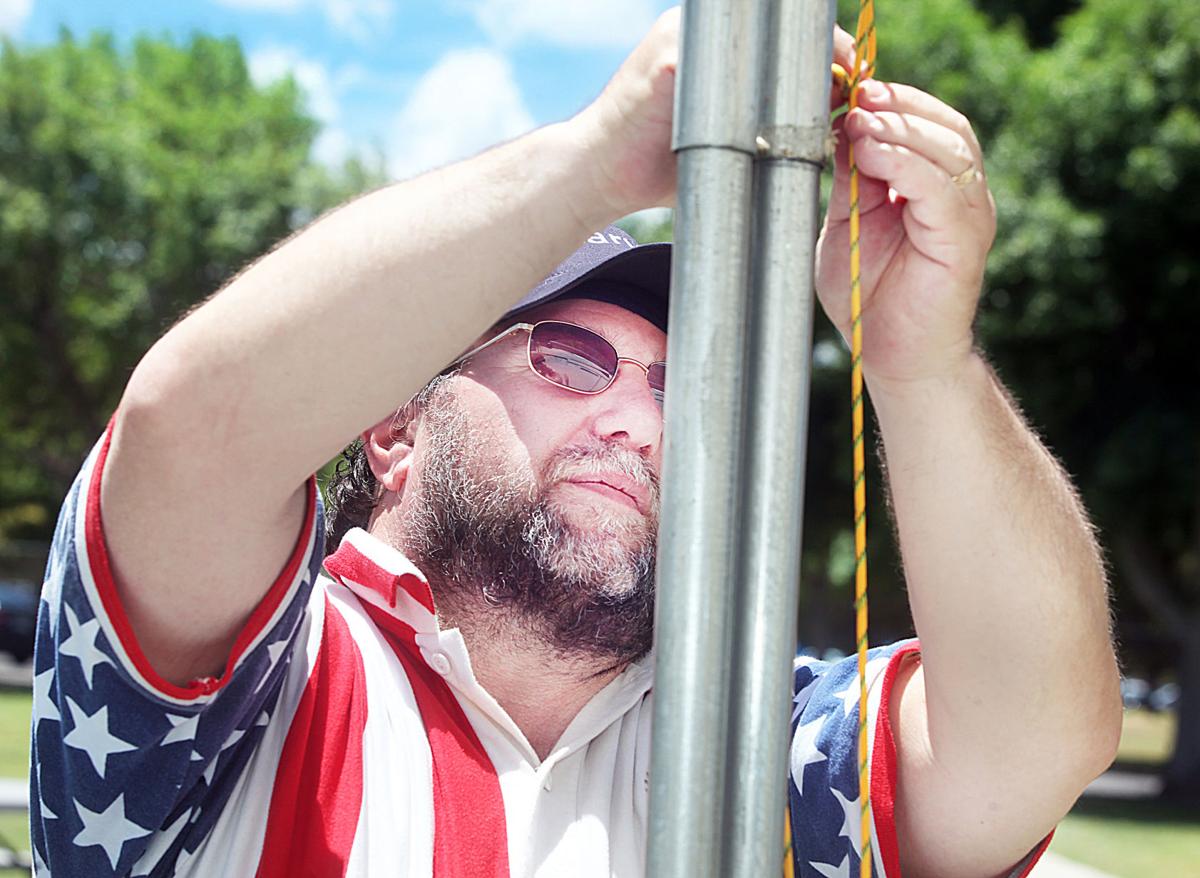 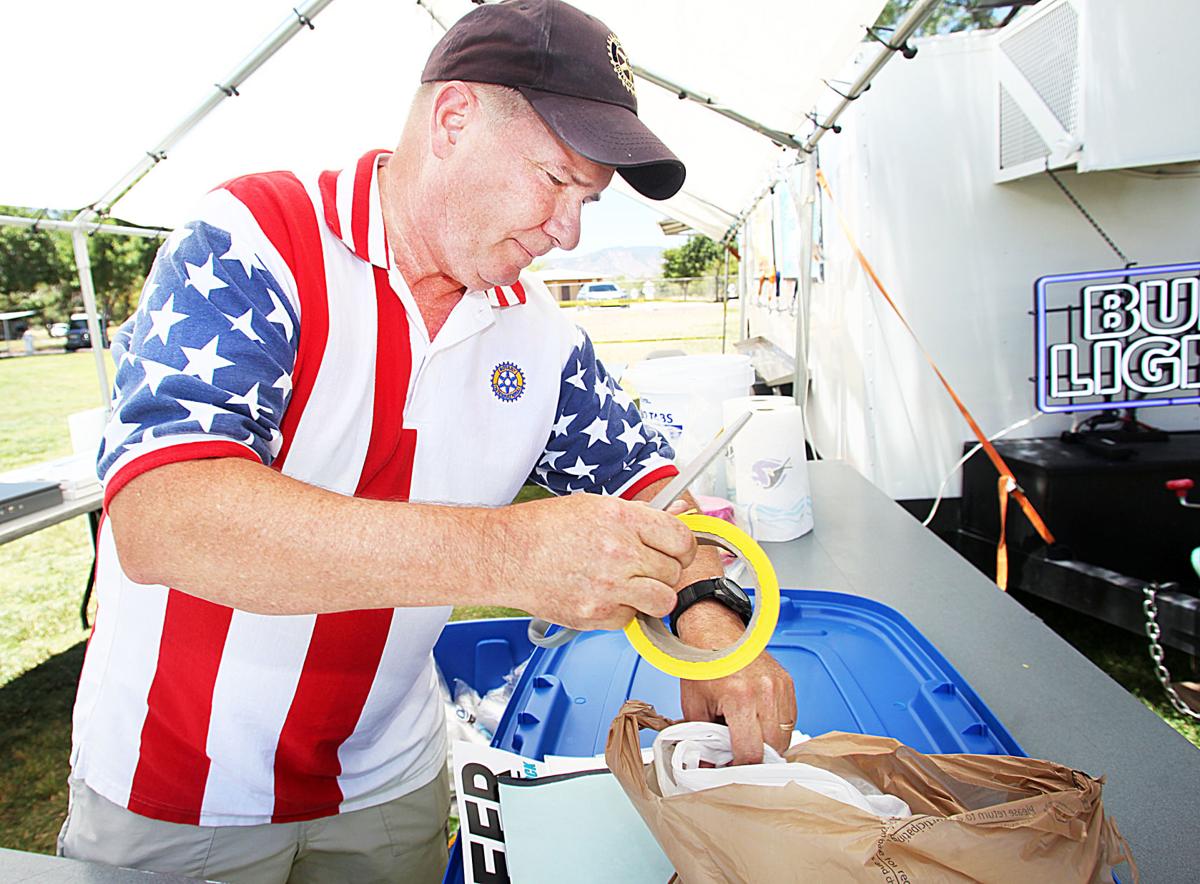 Rotarian Joe Puett helps to set up the beer booth on Wednesday at Veterans Memorial Park in Sierra Vista.

Rotarian Joe Puett helps to set up the beer booth on Wednesday at Veterans Memorial Park in Sierra Vista.

SIERRA VISTA — Independence Day is here, and with Sierra Vista’s celebration comes a list of activities at Veterans Memorial Park, followed by a spectacular fireworks display at Domingo Paiz and Stone fields.

Rotary Club of Sierra Vista members Joe Puett and Randy Sueskind were at the park Wednesday helping with the set-up.

The Rotary Club of Sierra Vista hosts the Fourth of July celebration every year in partnership with the City of Sierra Vista, Fort Huachuca and with assistance from the other three clubs, Puett said.

The club solicits money from the community to pay for the annual fireworks display, which costs about $30,000, he added.

“We also run the beer booth and Pepsi booth every year during the celebration. And we host the noontime ceremony that takes place on the Fourth, where our guest speaker this year is Major General Robert Walters, Jr., the commanding general of the U.S. Army Center of Intelligence on Fort Huachuca.”

Sueskind serves as the overall event coordinator, while the fireworks coordinator is Wayne Gregan.

“We have a great pyrotechnic crew,” Sueskind said. “Ever single crew member has been doing this for at least 10 years and they get re-certified every year.”

“Our Rotary Club is the primary organizer, but there are several partnerships that work together to put on a spectacular show for the community’s enjoyment,” he added.

The Kiwanis club sponsors the entertainment, starting with a youth talent show which is followed by local band Train Wreck and a street dance.

Presented by New Frontier Animal Medical Center, registration is from 7 to 7:30 and entries are judged from 7:30 to 8 with the promenade from 8 to 8:30.

Activities in the park continue through the day, until around 8 p.m. when the 52nd annual fireworks show starts from the Stone Complex. Spectators can see the display from Veterans Memorial Park, or go to Domingo Paiz and Stone fields for the annual show.