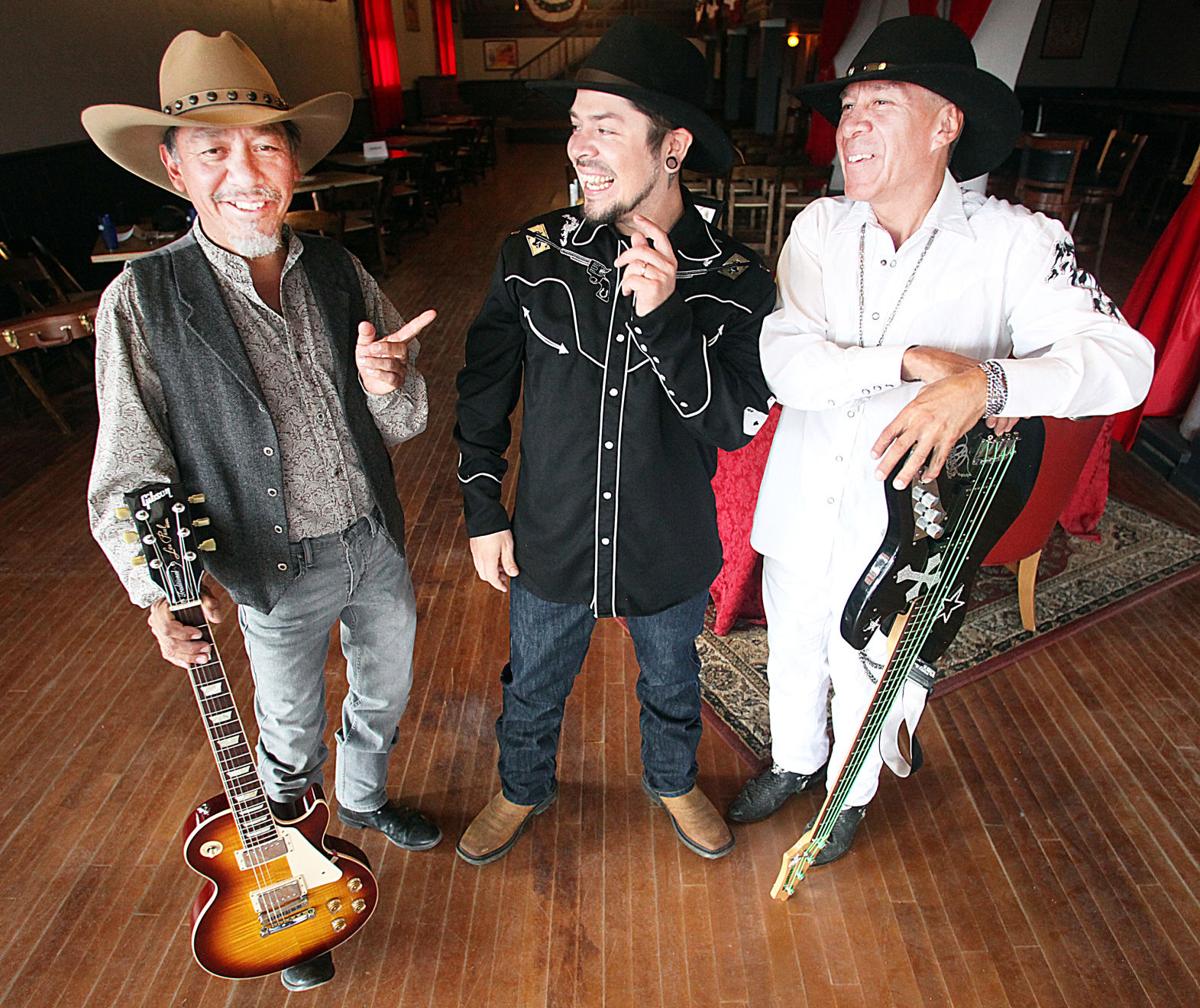 The family variety group Nightlife stands in the Oriental Saloon. The members are Freddie Martinez, nephew Steven Martinez and his father Sam Martinez. 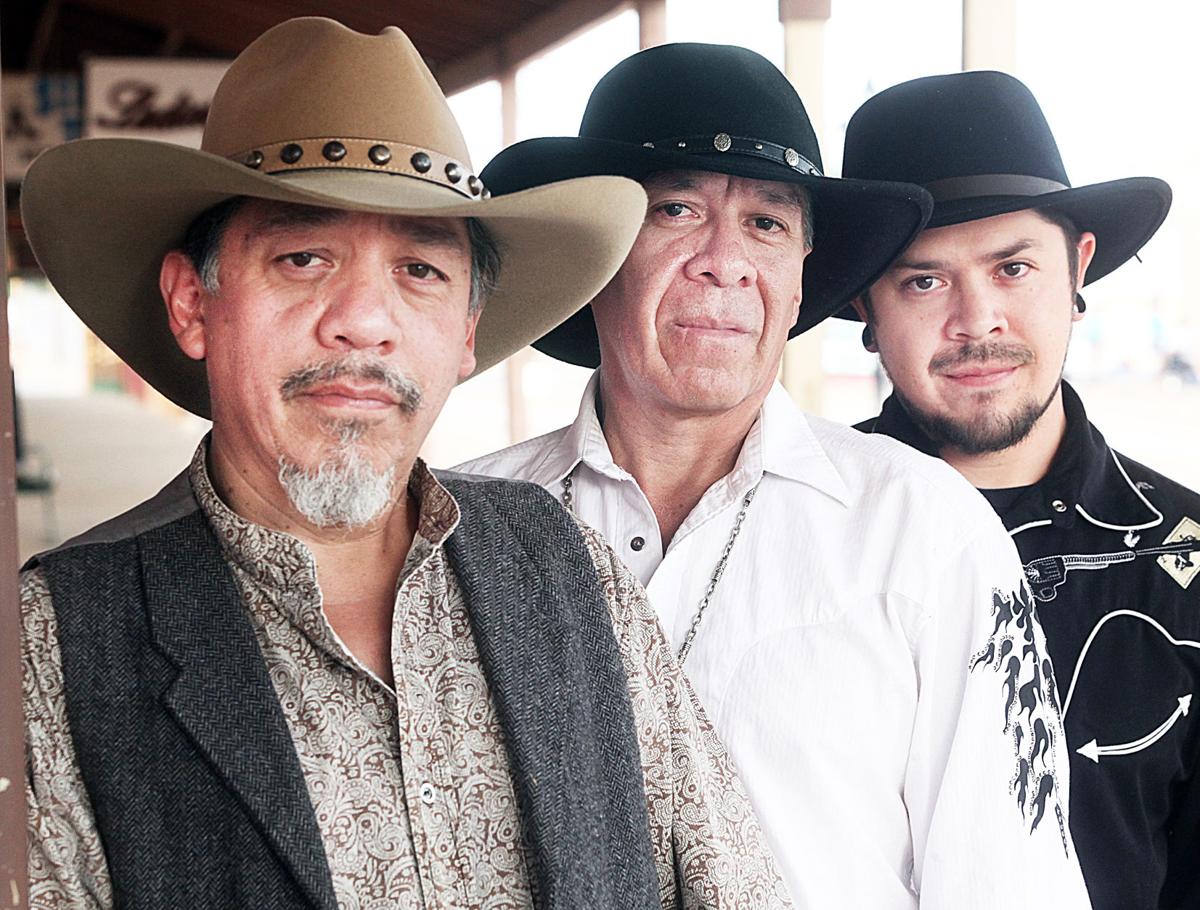 Nightlife will play in Tombstone’s Oriental Saloon on Saturday night. 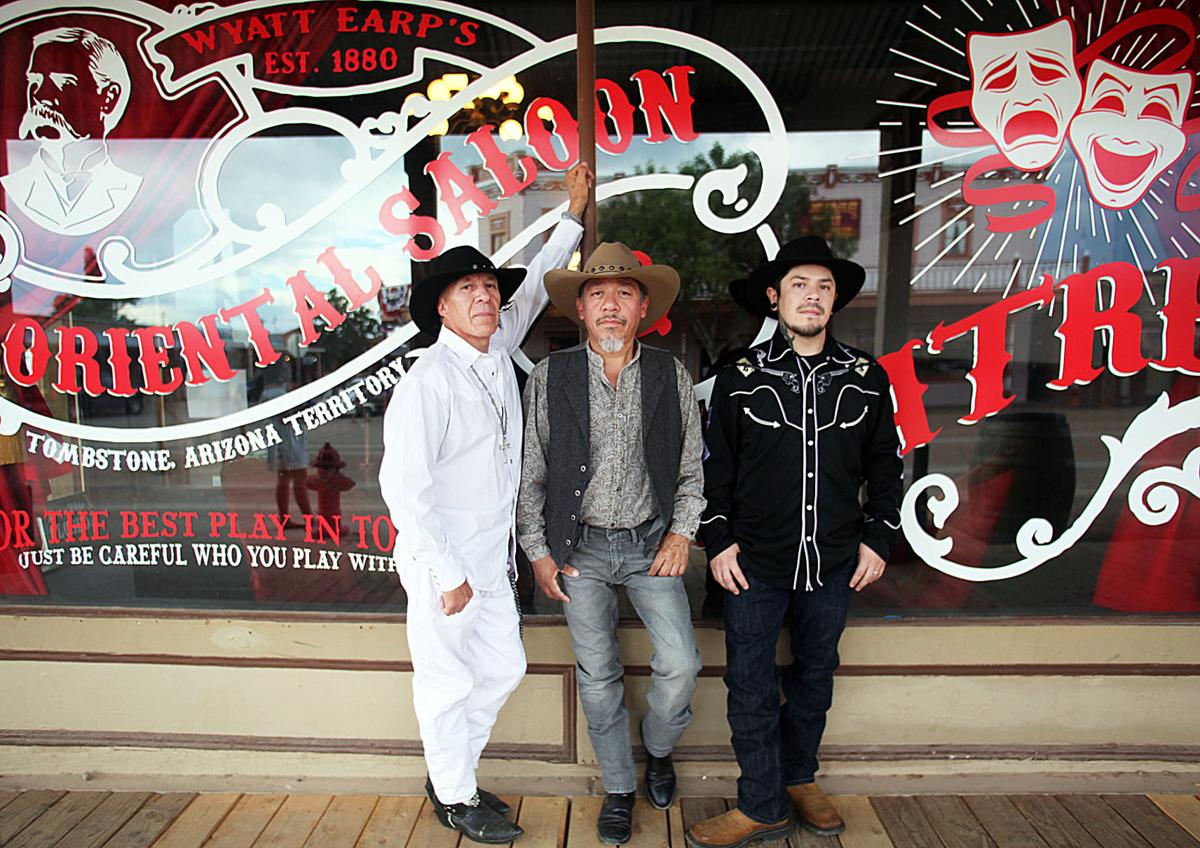 Nightlife is a local family band. The group will perform at the Oriental Saloon on Saturday. Band members are, from left, Sam Martinez, his brother Freddie and son Steven Martinez.

The family variety group Nightlife stands in the Oriental Saloon. The members are Freddie Martinez, nephew Steven Martinez and his father Sam Martinez.

Nightlife will play in Tombstone’s Oriental Saloon on Saturday night.

Nightlife is a local family band. The group will perform at the Oriental Saloon on Saturday. Band members are, from left, Sam Martinez, his brother Freddie and son Steven Martinez.

In 1967, Freddie Martinez took the stage at the Oriental Saloon with his father and grandfather as the group’s drummer. Saturday, he will take the same stage with his brother and nephew as lead vocalist and guitarist for Nightlife.

Freddie and his brother Sam started Nightlife, a Tombstone-based band, in 1980 because of their passion for music. While members have come and gone over the years, Freddie has played since the band’s beginnings and through three generations of the Martinez family.

“It’s like a marriage,” Freddie said. “There’s about 20 percent friction and 80 percent (of the time), it’s beautiful.”

Keeping the band in the family and making sure their audiences are having a good time is what matters to the two brothers.

“It makes us feel young again,” Sam said. “I wouldn’t want it any other way.”

Nightlife, in its current state, is a trio: Freddie as the lead vocalist, guitarist and keyboard player; Sam as the bassist and he sometimes also picks up the guitar; and Sam’s son Steven is the drummer. All three live in Tombstone and grew up in the area.

Steven is the band’s newest edition, having played with the group for a year. He joined after Freddie’s sons Paul and Orgo left the band to play in Las Vegas. Freddie said it was hard to continue after his sons left, but Steven’s passion and willingness to learn has rekindled the flame.

“(Steven) is the fire of the band,” Freddie said. “My goal for the band is to help him make it, because I know with his passion he can.”

The biggest adjustment Steven said he had to make was learning all of the songs Nightlife plays because he was previously in a metal band and Nightlife plays songs from multiple genres and artists.

“We like to keep the dance floor full and, when it’s slow, keep it cozy,” Steven said. “Freddie is really good at reading the crowd.”

Nightlife has a “song bible” of 300 songs and admit they don’t put together a setlist for each show because they want to play what the crowd is enjoying and wants to hear.

“People think we’re from a big city because of the music we play,” Freddie said.

Freddie says he hopes the attendees at Nightlife gigs go on an emotional rollercoaster or hear a song that takes them back to a place in the past — whether it’s a cherished moment or one that was hoped to be forgotten.

“We come in like a pinata,” Freddie said. “We come in blindfolded and swinging.”

Nightlife performs all over the state and wherever someone wants them to play. Freddie said they play roughly 100 shows a year while also holding down full-time jobs and having families.

In the next couple of months, they have multiple gigs at the Oriental Saloon and Theater in Tombstone, in Sonoita, Tucson and Willcox. On July 4 the trio played in Nogales, Arizona, in front of 8,000 people. That was the largest audience the group has played in front of so far. Although they don’t limit where they play, all three agree they prefer playing in Tombstone.

Nightlife plays at Oriental Saloon and Theater in Tombstone on Saturday. Their set begins at 7:30 p.m. and ends at 11:30. Freddie says they don’t take breaks and will play four to five straight hours because they don’t want break the momentum and the enjoyment of the crowd.

“We’re like a carnival, but better,” said Sam, who is the entertainer of the trio. “We’re more fun.”