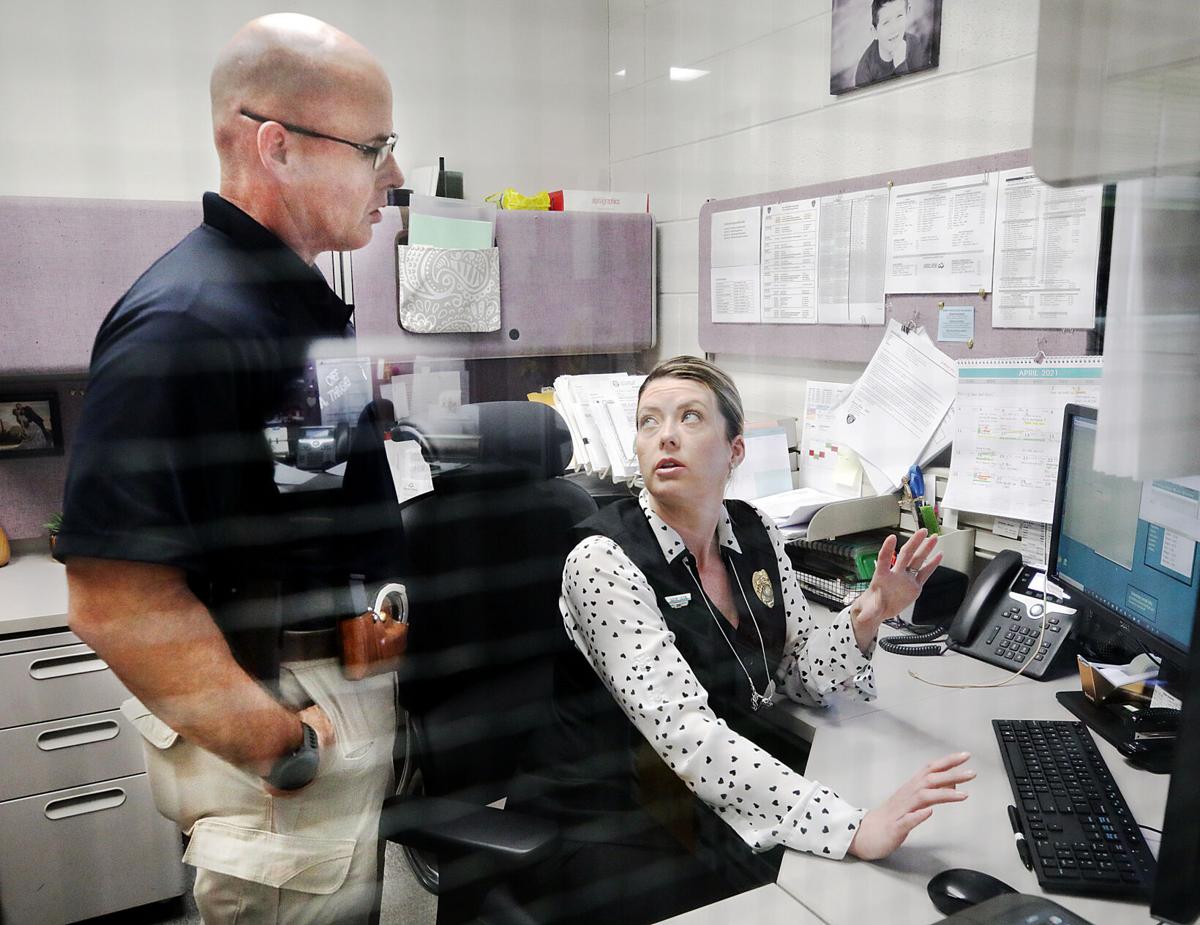 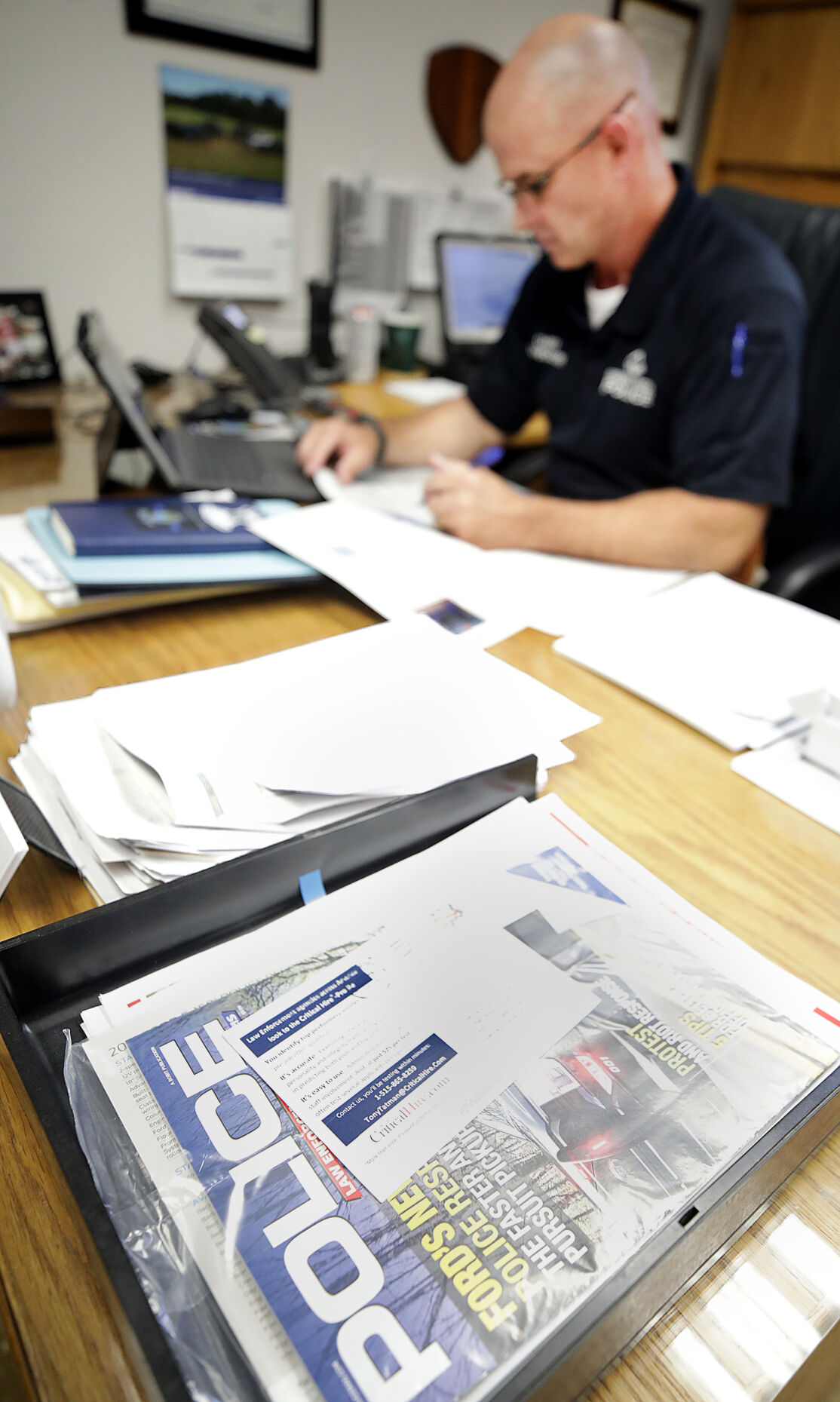 SVPD Chief Adam Thrasher catches up on paperwork in his office last week.

SVPD Chief Adam Thrasher catches up on paperwork in his office last week.

SIERRA VISTA — The city’s final crime tally for 2020 shows the pandemic indeed played a significant role in driving down a number of offenses, including rape.

Additionally, an uptick in police-initiated calls for service and a change in the way Sierra Vista Police reports its crimes to the Federal Bureau of Investigation through the National Incident-Based Reporting System also helped the department tamp down criminal behavior and improve its clearance and recovery rates for violent and property crimes.

The onslaught of the virus, however, also may have contributed to a spike in other types of incidents that law enforcement can’t always prevent but have to respond to, namely suicides.

“Personal and family violence-related calls continued to obligate a significant amount of officer’s time,” a statement in the police department’s Year in Review report said. “Increases in suicidal subject and mental health-related calls for service during 2020 were a significant concern due to increased stresses of the pandemic.”

The Year in Review shows that in 2020, officers responded to 12 “completed suicides.” This number has continued to rise over the past eight years,” the report states.

But actual Part One crimes— violent crimes and offenses committed against persons — plummeted for the third straight year for a total decrease of 30 percent since 2017, police said.

Sierra Vista Police Chief Adam Thrasher said property crimes saw a plunge over prior years because less thieves were out and about attempting to steal other people’s possessions.

“There’s been a steady decline in our UCR (Uniform Crime Report) Part One offenses over the last three years and the vast majority of that has been in the area of burglaries and larceny thefts,” Thrasher said Friday. “We do believe a lot of that has to do with the pandemic. Most residential burglaries occur during the day when people are at work. People were staying at home so there was a lot less opportunity.”

“When it comes to larceny and thefts one of the biggest categories is shoplifting, and shopliftings are way down,” Thrasher said.

The chief said many stores were closed temporarily because of COVID-19, but when they reopened, the majority had employees standing in the entrances checking for masks or limiting the number of patrons who could enter at one time.

“That may have had a significant reduction,” Thrasher said.

The number of rapes reported to police also dropped significantly, Thrasher said. There were four rapes reported in all of 2020, compared to 14 in 2019. The chief said investigators believe the reduction — although Thrasher said rapes are “traditionally underreported” — could be because of less people out at bars and other such locations where encounters can sometimes turn awry.

Another factor Thrasher said could be behind the crime decrease is the increase in police-initiated calls for service, or what Thrasher referred to as officers being more “proactive” and visible in the community. Such calls could include an officer driving or walking through an apartment complex or an officer contacting or making a traffic stop of someone who seems suspicious.

“Police-initiated calls cannot impact the issues that occur behind closed doors, but they do help in property-related crimes,” Thrasher said. “More traffic stops, contacting suspicious people, the theory is the more we’re out there being proactive, the less opportunity there is for crime.

“We just want to go out and be visible.”

As for the higher clearance rate for violent offenses and the recovery rate for property crime cases, police officials say that could be courtesy of the new crime reporting system being used by Sierra Vista Police that’s sent to the FBI. The former system, called Uniform Crime Reporting, limited the number of offenses officers could report per incident. For example, if officers responded to a homicide that also involved a rape and a burglary, only the most serious of the three offenses — the homicide — would be reported to the FBI.

With NIBRS, all three offenses are reported, Thrasher said. In 2020, for example, Sierra Vista Police cleared 45.26% of reported UCR Part I crimes and recovered 70.52% of stolen property.

With NIBRS, law enforcement agencies may “clear” an offense by arresting or charging a person with the crime; or when probable cause exists to arrest a person for a crime, conditions outside the agency’s control prohibit arresting or charging the person. The most common situations for that scenario are a victim’s refusal to cooperate with the prosecution or the death of the offender.

Recovery rates of stolen property involve the actual recovery and return of property stolen, or the court-ordered restitution as part of prosecution of a case.

“Because NIBRS is so detailed, it tightened up our UCR reporting in terms of our clearance rates and how many cases we solved and recovery of stolen property,” Thrasher said. “With NIBRS more is getting captured and reported. It will give the community a much better detail of what’s going on.”