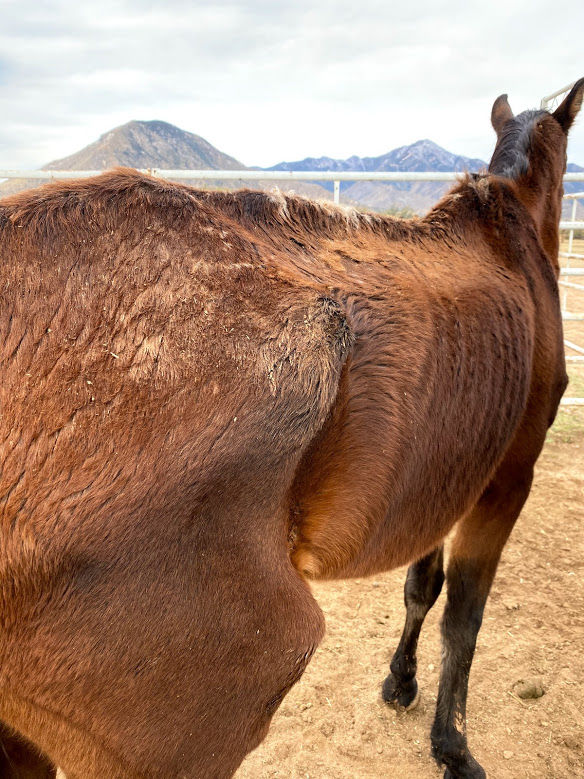 Katrina was severely underweight when she first arrived at Horse’n Around Rescue Ranch in Hereford. 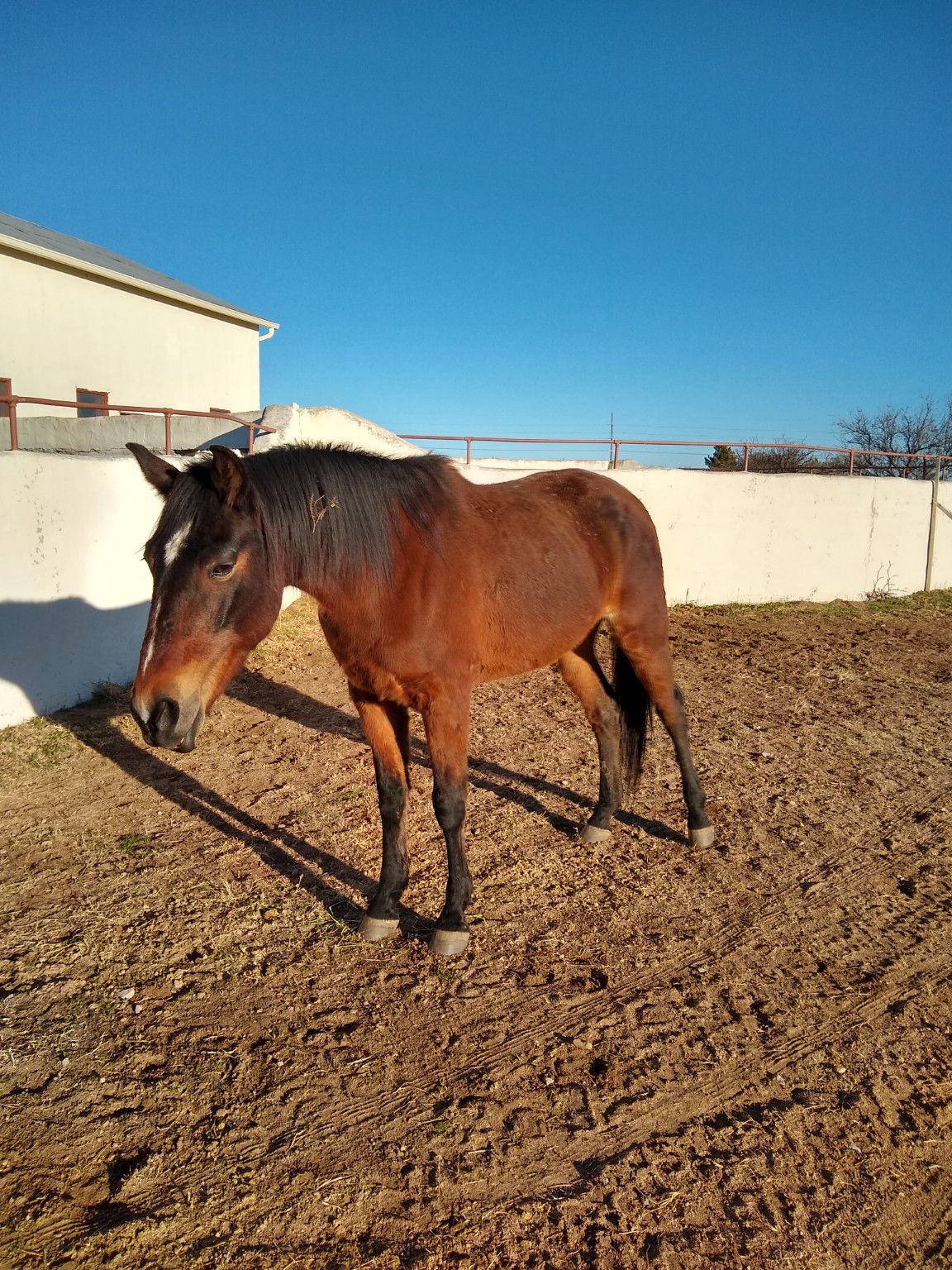 Katrina has gained about 140 pounds and is now looking much better after just a few months at the rescue.

Katrina was severely underweight when she first arrived at Horse’n Around Rescue Ranch in Hereford.

Katrina has gained about 140 pounds and is now looking much better after just a few months at the rescue.

HEREFORD — When Katrina arrived at Horse’n Around Rescue Ranch in late November 2019, the mare looked like “a walking skeleton with skin stretched over her bones,” according to Steve Boice, who helped organize her rescue.

Katrina and her stable-mate, Sister, were removed from a property in the Hereford area with assistance from the Cochise County Sheriff’s Office.

“Sheriff Mark Dannels, along with Commander Foster and Sergeant Watkins went to the property to talk to the owner about giving the horses up, which is what he chose to do,” Boice said. “Thanks to the sheriff’s willingness to help us, we were able to remove the two horses without incident. I think the owner was actually relieved to hand them over to us.”

The rescue, which happened the Sunday before Thanksgiving, brought the number of animals under Horse’n Around’s care up to 60, said Boice, who co-founded Horse’n Around Rescue Ranch Foundation, Inc. with Theresa Warrell in 2010.

“Katrina came to us horribly emaciated, to the point where you could see all the bones and ligaments on her back,” Boice said. “At a little over 15 hands, she weighed 760 pounds. Her weight should have been closer to 1,100 or 1,200 pounds, given her size. Just five weeks out from the time we took possession of her, she gained 140 pounds, and has continued to improve and thrive.”

Together, Katrina and Sister were eating about 70 pounds of food a day while they were being rehabbed.

“Kartina was in far worse condition than Siser,” Boice said. “She was so starved, that her skin was actually laying on top of her bones, with no fat layer at all.”

Co-founded in January 2010 by Boice and Warrell, Horsen’ Around Rescue Ranch and Foundation, Inc. is celebrating its 10th anniversary this year. Since its inception, 167 equines have been rescued by the nonprofit. Ninety-three of those animals have found forever homes.

“When we look back at all that we’ve accomplished — and by ‘we’ I’m talking about our incredible volunteers and the tremendous community support we’ve received — I’m both overwhelmed and grateful,” said Warrell. “When we started this journey 10 years ago, both Steve and I knew there was a need for an equine rescue in this area, but at that time, we had no idea how dire that need really was.”

Located on Single Star Ranch, 7484 State Route 92 in Hereford, the horses have access to grazing and are free to roam the ranch’s pastures. Horse’n Around is run by trained volunteers who help with the rescue’s feeding, grooming, training, rehabbing, fundraising, promoting, marketing and a long list of day-to-day projects that go into ranch work, Warrell said.

“One-hundred-percent of our day-to-day operations is handled by our volunteers,” Warrell said. “Without them, we would not be able to function at this level.”

The ranch holds open houses filled with meet-and-greets, tours and demonstrations, which volunteers help organize. They also participate in a number of events throughout the year, where they are on hand to help promote the nonprofit and its adoptable horses.

“We’re going to have a booth at the 95th annual Tucson Rodeo and our draft team, Thelma and Louise will be in the rodeo parade on Feb. 20,” Warrell said. “With the thousands of people who attend the rodeo every year, we get a lot of great exposure at that event.”

Along with the informational booth, Horsin’ Around will have a kissing booth where folks can kiss Buster the miniature horse, or opt to “kiss a little ass” via the rescue’s miniature donkey, who will be competing with Buster to collect the most kisses, Warrell said.

“We’re the only booth at the event where people can actually kiss a miniature horse or a little ass,” Warrell laughed.

As he reflects back on the rescue’s 10 years, Boice said it’s been “an awesome ride.”

“It’s been awesome, full of rewards, full of challenges and full of heartbreaks,” Boice added. “We’re thrilled with all the success stories and are always deeply troubled by the animals we lose.”

With Katrina and Sister representing the latest rescues, both horses are doing remarkably well, said Boice, who is particularly pleased with Katrina’s progress, given her extremely poor condition at the time of her rescue.

“We would not have these successes if it weren’t for our volunteers, the Single Star Ranch and our donors,” he said. “We have so many of you to thank. When you look at the before and after photos of Katrina, I want all of you to know that this is what you have helped us do. So, thank you.”