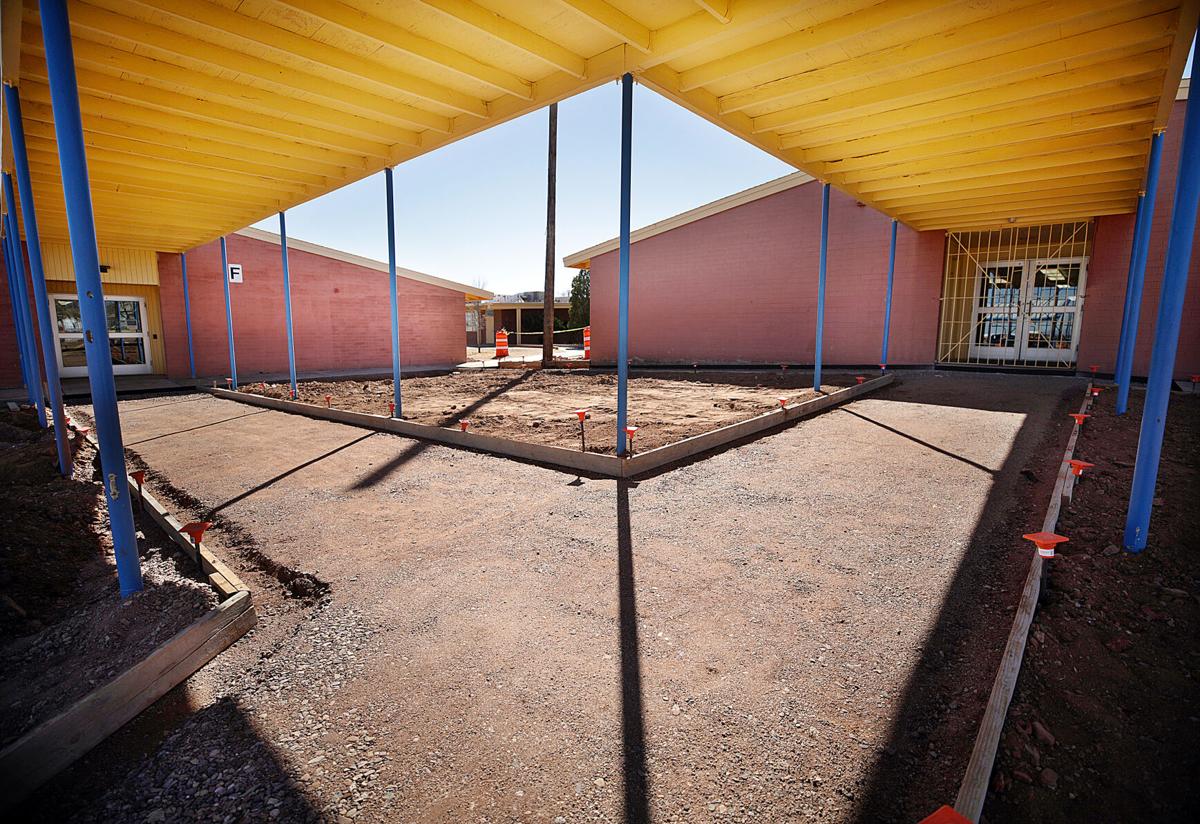 Huachuca City School construction projects are being done through School Facilities Board funding. While happy the construction work is being done, teachers and students are dealing with no sidewalks throughout the campus and remodeling projects in the bathrooms, one bathroom at a time. 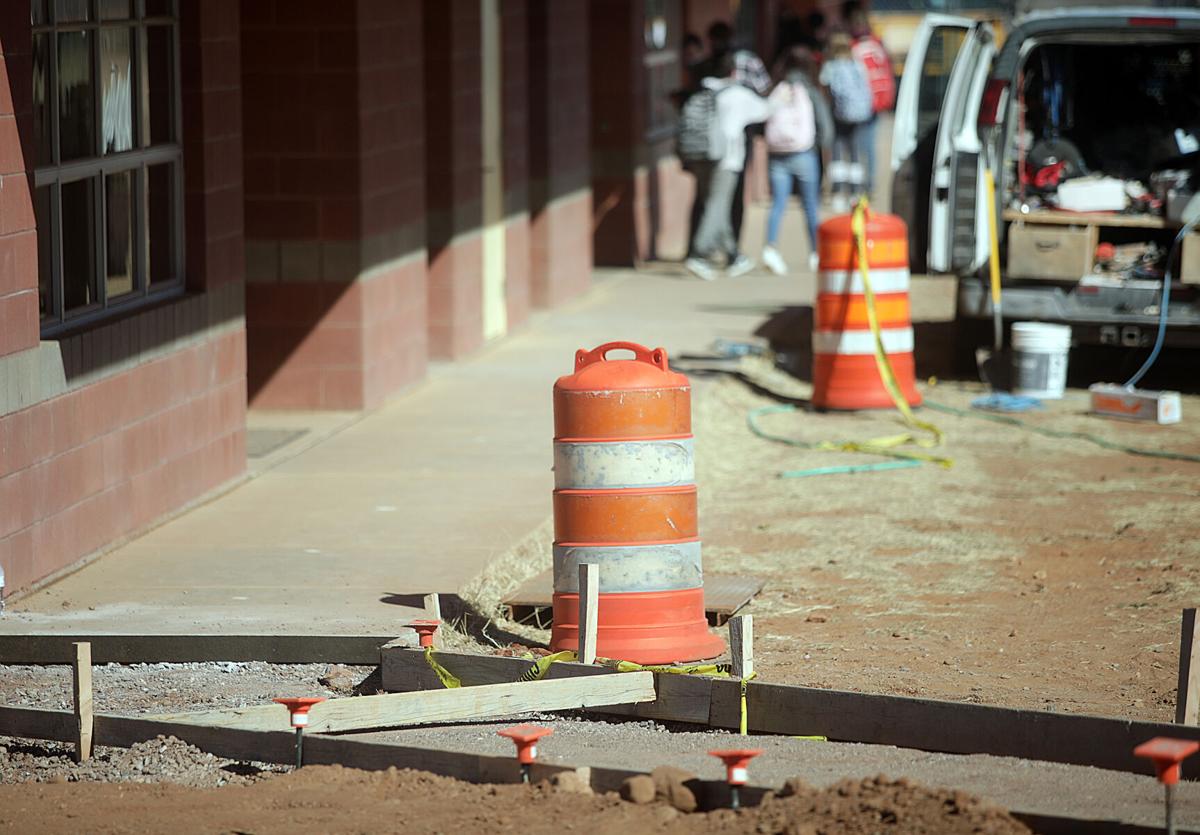 Huachuca City School students navigate the middle school building as framing for a new sidewalk waits to be poured.

Huachuca City School construction projects are being done through School Facilities Board funding. While happy the construction work is being done, teachers and students are dealing with no sidewalks throughout the campus and remodeling projects in the bathrooms, one bathroom at a time.

Huachuca City School students navigate the middle school building as framing for a new sidewalk waits to be poured.

HUACHUCA CITY — Students and staff at Huachuca City School will be enjoying a brand new look on campus once a list of construction projects are completed.

The school is going through three different projects, of which two fall under Americans With Disabilities Act upgrades and the other involves weatherization of buildings across the campus.

All of the work is being funded by the state School Facilities Board.

Desert Springs Construction, a Hereford company, has been contracted by the SFB to renovate the sidewalks and restrooms across the campus, bringing them into ADA compliance. The $335,000 project started three weeks ago.

Along with demolishing and replacing outdated sidewalks, the work includes constructing new wheelchair accessible sidewalks in areas of the campus that did not have them. Sidewalks throughout the campus have been demolished and are framed-in, with concrete set to be poured on Monday.

Restrooms are being torn apart and reconstructed one at a time, with the middle-school building the first to go through the process.

Yellow caution tape is draped around different sites on campus as a reminder for students to stay away from the construction sites.

“We’re going to have new windows and doors and all the buildings on campus will be repainted with a tan-colored paint, trimmed in blue,” Beaman said. “The paint is actually a sealant that makes buildings more energy efficient.”

The school is going to have an air conditioning system installed in the gymnasium.

“All of these projects will be happening at the same time, so we’re going to have a lot of activity on campus through this,” Beaman said.

While pleased about the upgrades, Beaman talked about the challenges of going through construction projects while school is in session.

“We’ve managed to keep students away from construction areas by rerouting them around buildings and away from those sites while they’re walking to the office, cafeteria or gym,” he said. “The construction is affecting every one of our kids, but the benefits that we’re going to have outweigh any inconvenience we’re going through.”

“Even though the construction is a little inconvenient, it’s going to be much better for the kids in wheelchairs when all the work is done,” she said. “I think it’s good the school is getting these improvements done. The campus is going to look better and the students with disabilities will have an easier time getting around.”

Along with Huachuca City School, SFB projects are underway at Walter J. Meyer School in Tombstone as well, with students and staff going through similar challenges. There currently are six SFB-funded projects across the district, for a combined total of nearly $3 million.