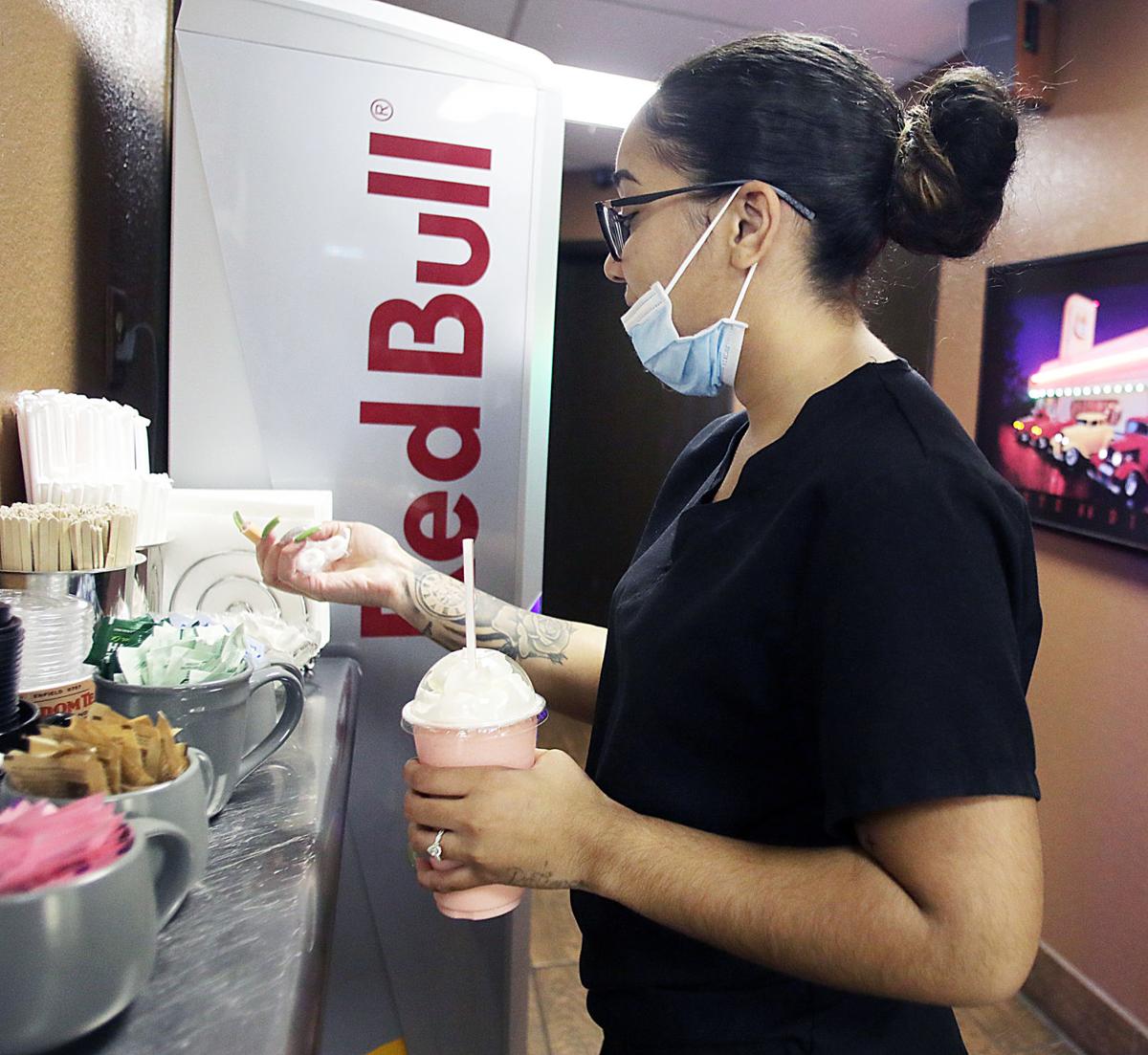 Customer Jada Calaman just after making a purchase at Livia’s Coffee Thursday. The city is encouraging residents to patronize local businesses like Livia's with a new "Buy Sierra Vista" campaign. 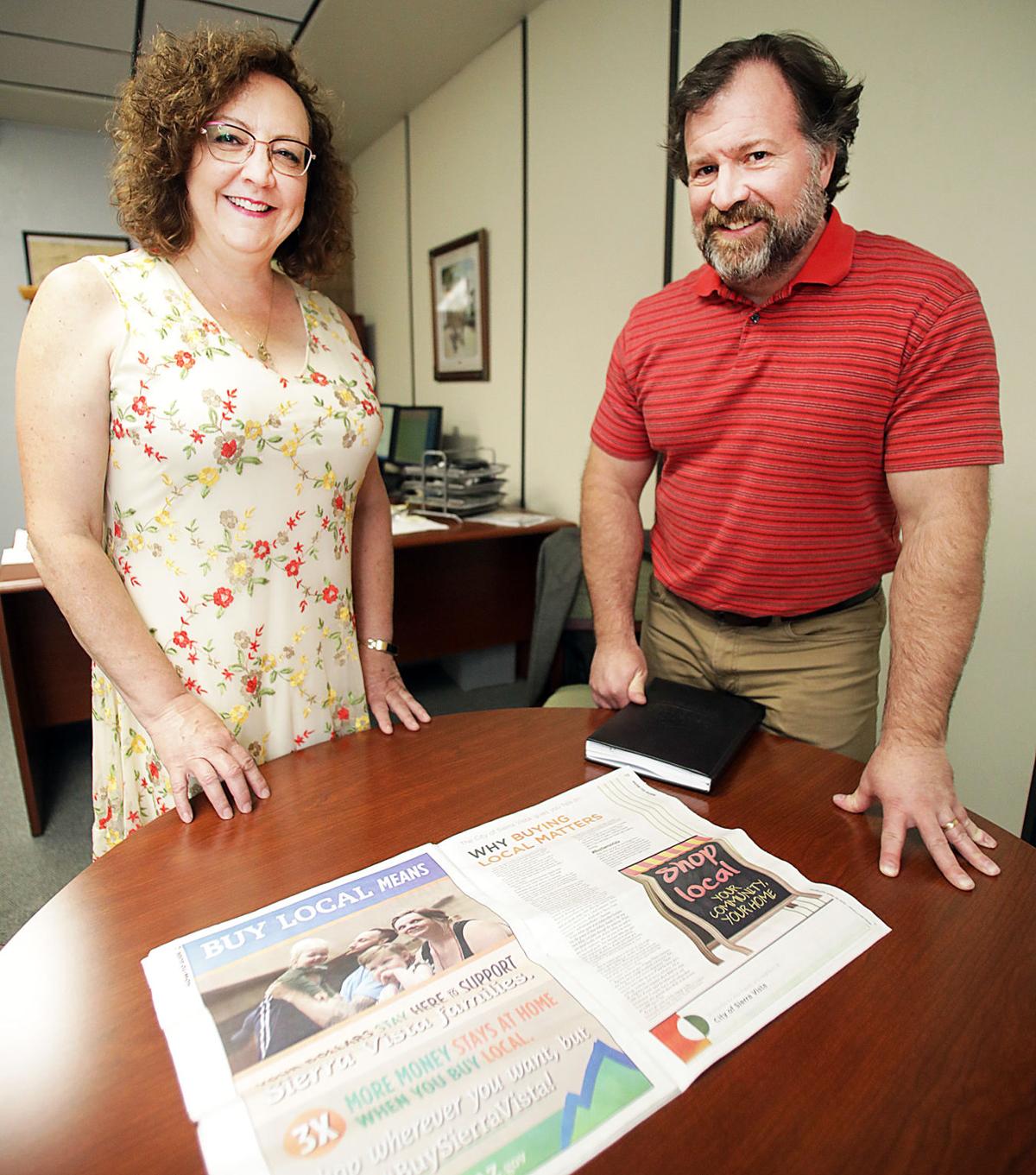 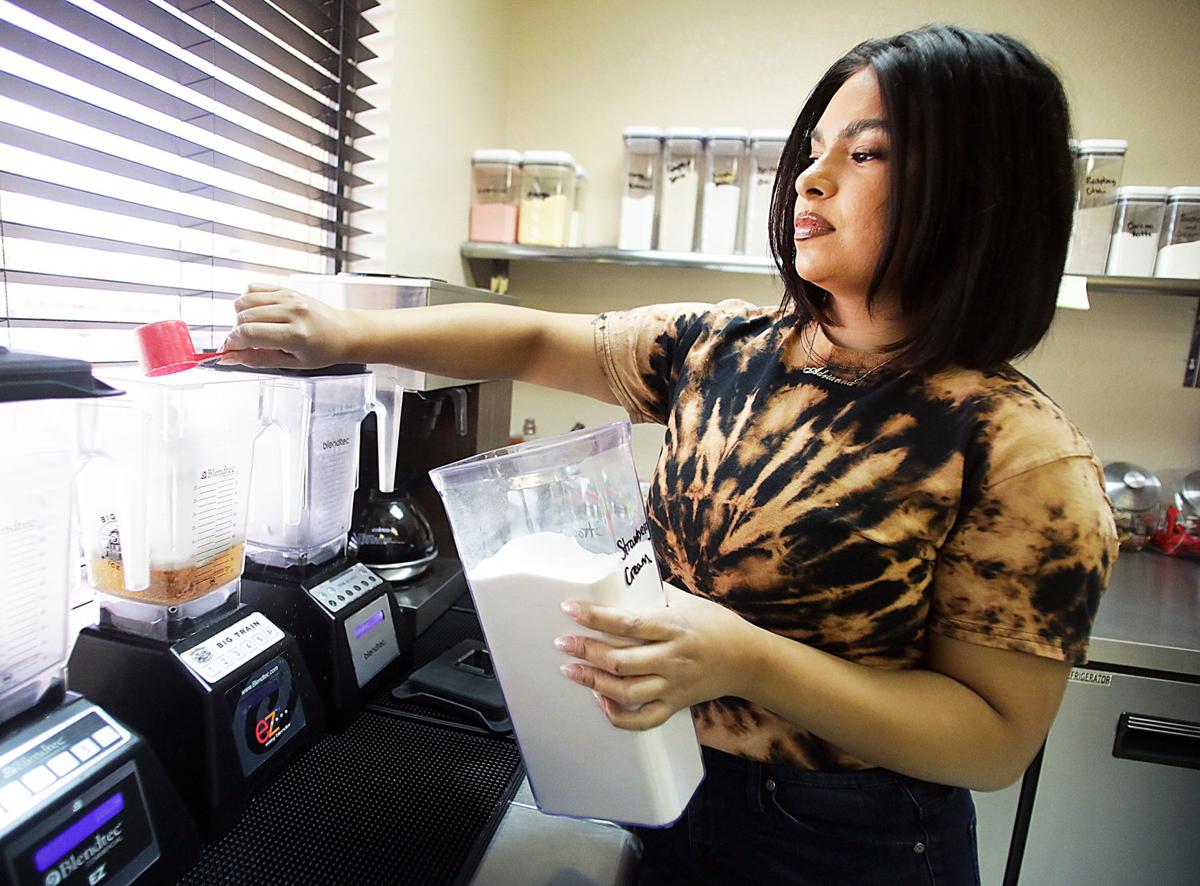 Customer Jada Calaman just after making a purchase at Livia’s Coffee Thursday. The city is encouraging residents to patronize local businesses like Livia's with a new "Buy Sierra Vista" campaign.

That’s the message city officials are broadcasting now that many COVID-19 restrictions have been lifted across the state and the mom and pop shops around Sierra Vista have placed the “open” signs back in their windows.

The city has just launched its first in-house campaign aimed at getting consumers to buy from their local merchants. A full-page ad in the Herald/Review newspaper and a video on the city’s Facebook page — https://www.facebook.com/CityofSierraVistaAZ — were rolled out recently to both entice and educate consumers about keeping their dollars in the local economy.

And the campaign’s slogan is a simple one: #BuySierraVista.

Economic Development Director Tony Boone said about one third of the city’s businesses are locally-owned. He said for every dollar spent at a local shop, three dollars goes back into the local economy. In other words, all the money stays here in the city, Boone said.

Only a portion of the money spent in a large chain store stays in the community, and profits are usually sent back to the stores’ corporate headquarters, Boone said.

For the last year, Boone and Sierra Vista Marketing and Communications Director Judy Hector have been trying to figure out how to create a campaign that would both encourage and inform people about the importance of buying goods from their local businesses.

The city wanted to partner with the Sierra Vista Area Chamber, but at the time, the organization was in the midst of a leadership change, and the partnership was declined, city officials said.

For the first time ever, the city would go it alone. Hector said such a project would normally have been handled by an outside entity.

“We regrouped and Judy and I came back and said, ‘What can we as a city do?’” Boone said.

Boone and Hector said they realized that they had to encourage and educate the public on why buying local is important. The full-page ad and the video are the first components of the campaign. Two more videos are planned, Hector said.

One of the key messages to consumers is that while buying online is convenient, it does not help local shops stay in business.

When the coronavirus gripped the nation, most small businesses around the country — Sierra Vista was no exception — were forced to close, while many big box stores, such as Walmart and Target, and nationally-owned supermarkets remained open.

As a result, people began shopping online for the items they could not find. While shopping online is easy, it doesn’t sustain workers employed in small businesses, according to an article written by the city’s marketing team.

“It (shopping online) might be convenient, but our community loses with every mouse click,” the article states. “The loss isn’t about tax revenue. It’s about jobs, teams and events, local character and a vital economy.”

Hector echoed that, saying local shops have a lot to offer.

She added that local business owners also make up part of the city’s fabric.

“Small business owners are literally invested in Sierra Vista,” she said. “They live here, they’re going to stay here and they love the community.”

Livia’s has been in business for the last decade, Mendez said.

“A lot of people don’t shop local and it hurts a community,” Mendez said.

Meanwhile, Melany Edwards-Barton, the Sierra Vista Area Chamber’s executive director since December 2019, said Thursday that she was unaware the organization had declined the partnership with the city.

In a phone interview, Edwards-Barton said she would contact Boone and Hector and see what the chamber could do to assist in the campaign. She also said the chamber is working with Local First ARIZONA on a series of webinars designed to help small local businesses in the area “get back on their feet” after being shut down for several weeks by the coronavirus pandemic.

The links to the webinars will be published on the Chamber’s website probably by June, Edwards-Barton said.