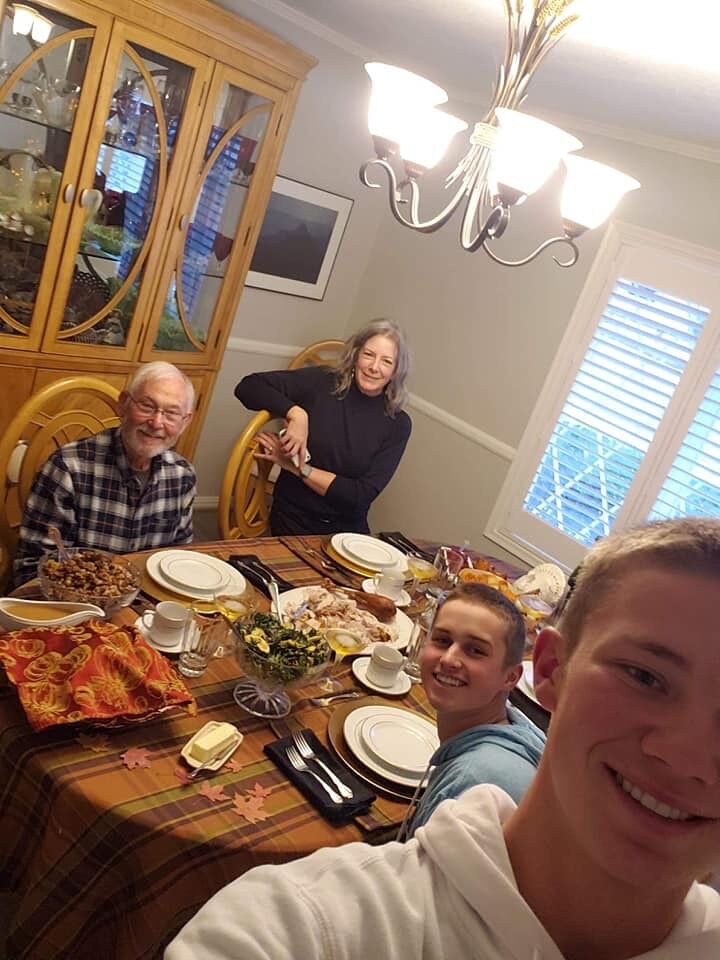 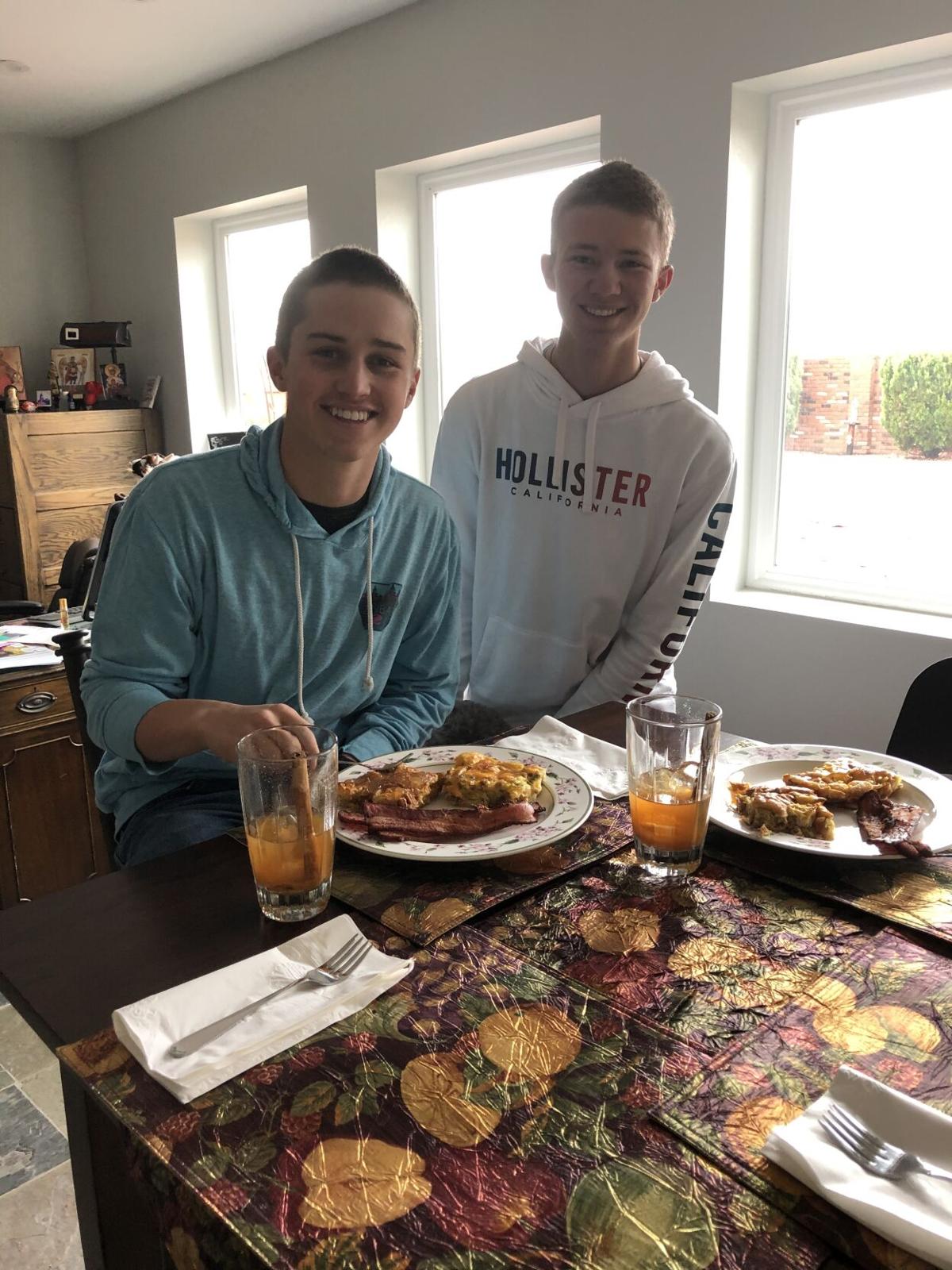 The two Fort Huachuca soldiers, Tanner and Gavin, who spent time with the Harrises in 2019. 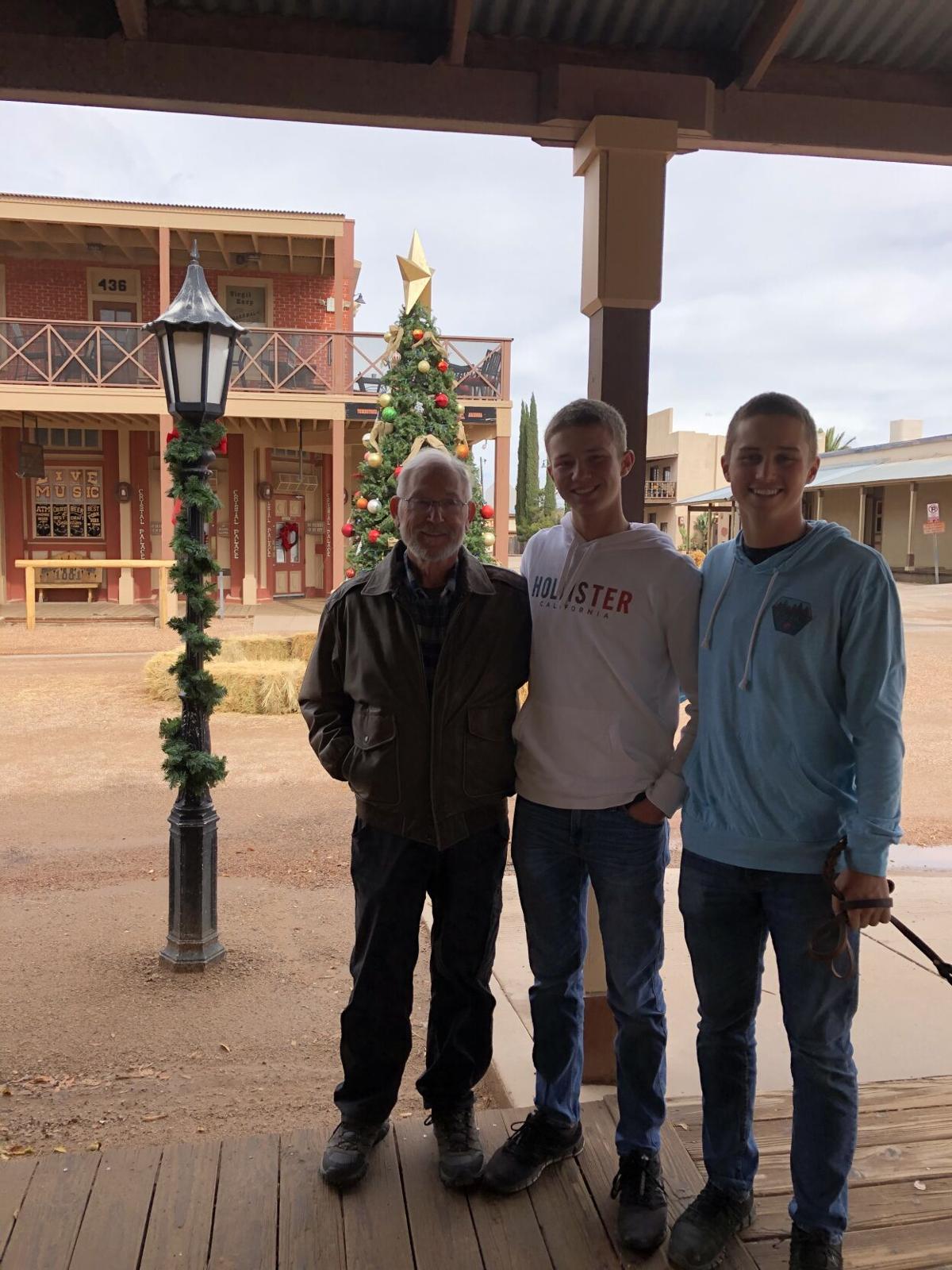 The two Fort Huachuca soldiers, Tanner and Gavin, who spent time with the Harrises in 2019.

SIERRA VISTA— Adopt-A-Soldier, one of the area’s most beloved Thanksgiving Day traditions in conjunction with Fort Huachuca, has been canceled this year because of COVID-19, but at least two local families say they can’t wait until next turkey day to bring soldiers back into their homes for the holiday.

The program pairs up soldiers who cannot go home for the holiday with local families who treat them to a meal, companionship and some time away from the barracks in the absence of the soldiers’ loved ones.

Fort Huachuca Commanding Gen. Tony Hale said it’s regretful the tradition — which he called a morale booster for the soldiers — can’t be celebrated this Thanksgiving, but the decision was made in the “best interest of the health and welfare of our community.”

“We look forward to a time when programs like this can resume, until that time, we thank the community and our soldiers for their understanding and keeping one another safe,” Hale said.

Retired college professors Mary and Roger Harris, Sierra Vista residents for more than a decade, learned of Adopt-A-Soldier last year and took full advantage of the program. The Harrises have four grown children, and when none of them could make it home for Thanksgiving, the couple turned to the fort to fill the void.

“What an experience it was,” Mary Harris said Friday. “We were surprised at how young they were, yet they were 100 percent soldiers.”

Harris said both soldiers — she identified them as Tanner and Gavin — were 18 years old and had been friends since childhood. She had them over all day on Thanksgiving Day, starting with breakfast, and soon learned “the boys,” as Harris referred to them, loved food of any kind. They also loved playing with the family dog, finding out about the Harrises’ hobbies and sharing their own interests.

The couple drove the soldiers to Tombstone because neither one had ever been there, and the outing was a smashing success.

Later they ate some more and watched sports.

“It was so fun to spoil them,” Harris said of the couple’s day with the soldiers. “A friend of mine told me they were just happy to get out of the barracks.”

When she found out that the program would not be active this year because of COVID-19, Harris understood, but contacted Fort Huachuca nonetheless to see if there was anything she could cook and bring over. Harris and her husband are looking forward to hosting soldiers on Thanksgiving Day 2021 even if their adult children come home for the holiday.

“It’s just nice to have these new young friends,” she said.

Retired Army colonel Peter Huisking agrees, but said he understands the decision was made to protect soldiers and local families. Like the Harrises, Huisking and his family are looking forward to 2021 to share their table and hospitality with soldiers.

Huisking related one of his favorite Thanksgiving Day experiences spent with a soldier.

“One of our most memorable Thanksgivings hosting a soldier occurred when we were on a waiting list and there were already sufficient families to host,” Husiking said in an email to the Herald/Review. “We happened to know that the new German Army liaison officer at Fort Huachuca had just arrived but his family had not yet joined him. So we invited him to spend the day with us, not only to enjoy Thanksgiving dinner but also to participate with us in the the 5K Turkey trot on post.”

Like the Harrises, Huisking and his wife became fast friends with the German Army liaison, who also helped the Huiskings with their “vineyard.”

“Coming from a family of wine makers in Germany, he even helped us with our small backyard “vineyard” during the years he was assigned here,” Huisking said of the Army liaison. “We had many good occasions together. We still correspond and keep in contact.”

Calling it a “great program,” Huisking said Adopt-A-Soldier has “helped enrich our memories of Thanksgiving.”

“We really look forward to it starting up again in the future,” he said.

All is not lost. Gen. Hale and Command Sgt. Maj. Warren Robinson will be serving Thanksgiving Day lunch to soldiers at the installation’s dining facility, said Hale spokeswoman Meredith Mingledorff. The dining facility will be closed to the public.