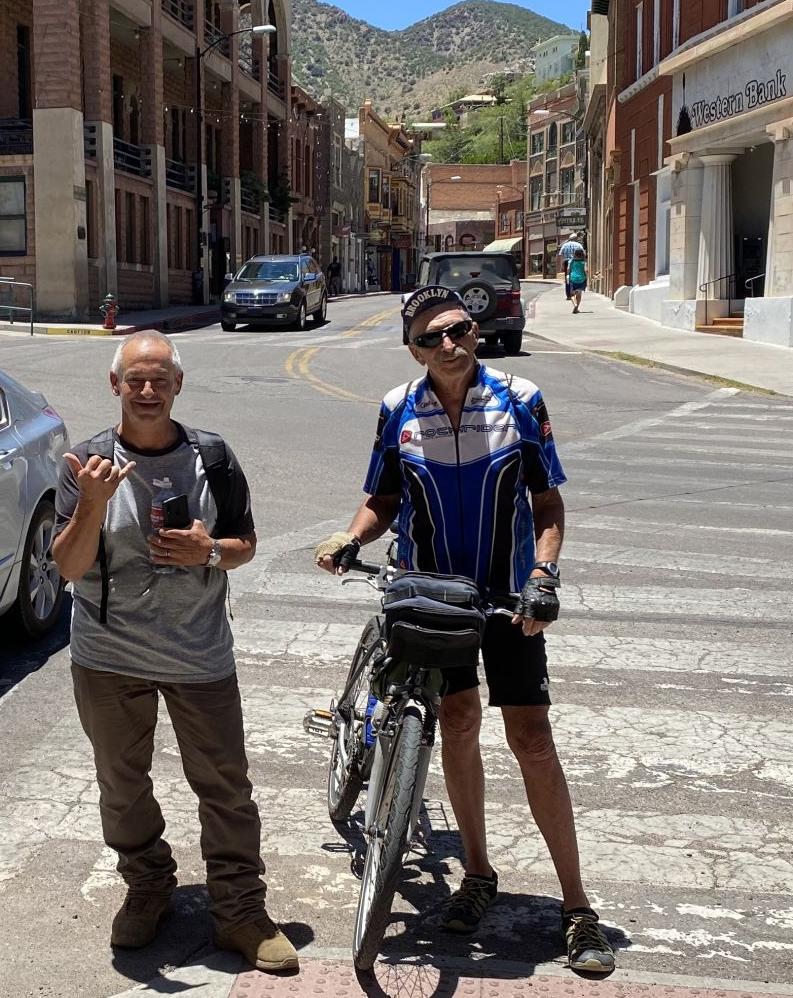 Cyclists David Springer, left, and Sergio Lalli were maskless as they took a break from riding their bikes in Bisbee on Thursday, hours after Mayor David Smith declared everyone must wear a mask in public in the city. 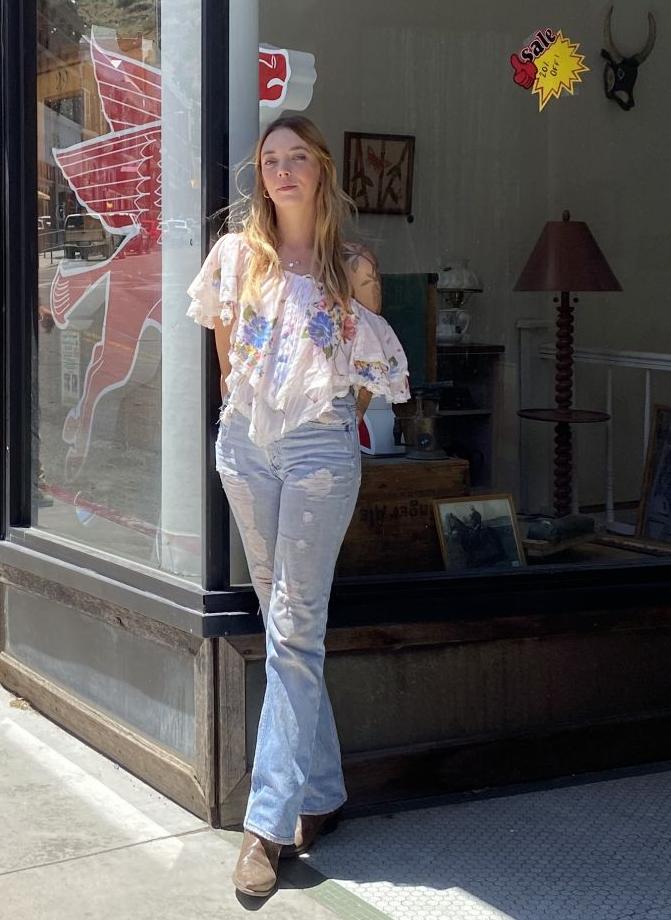 Store manager Katie Petersen stands in front of the business she runs on Tombstone Canyon in Bisbee. 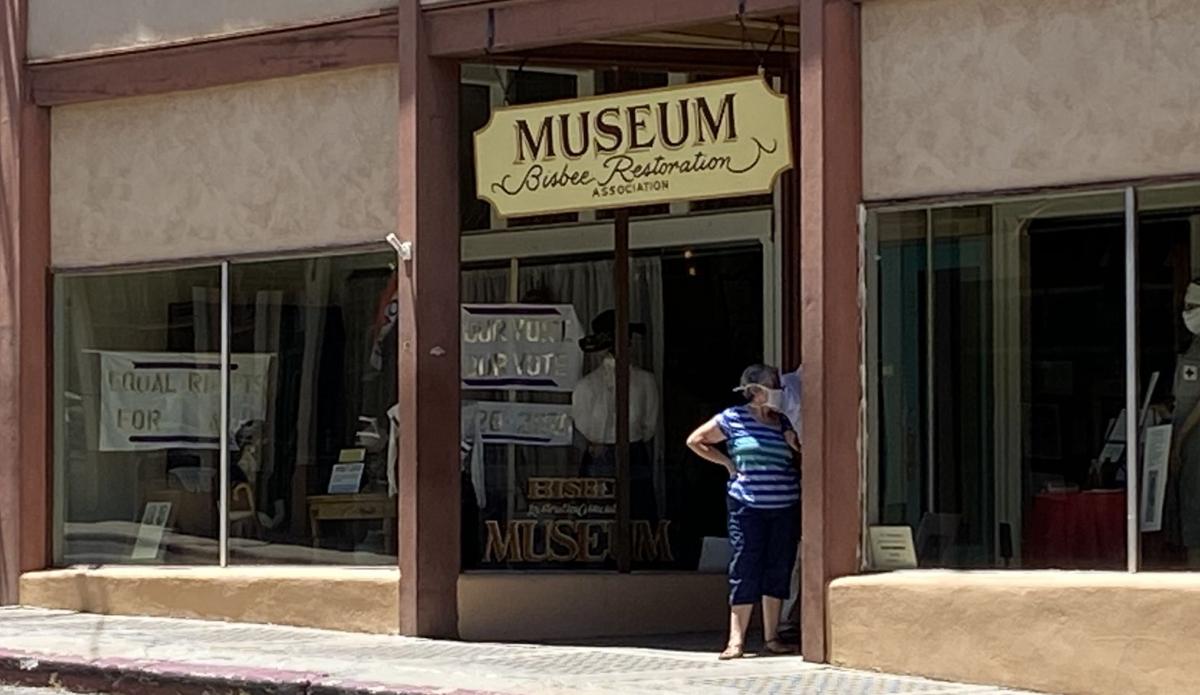 A woman visiting Bisbee dons a mask as she looks inside a shop window.

Arizona Gov. Doug Ducey, right, arrives to give an update on COVID-19 in Arizona during a news conference Wednesday, June 17, 2020 in Phoenix.

Arizona Gov. Doug Ducey leaves wearing a mask after giving an update on COVID-19 in Arizona during a news conference Wednesday, June 17, 2020 in Phoenix.

Arizona Gov. Doug Ducey give an update on COVID-19 in Arizona during a news conference Wednesday, June 17, 2020 in Phoenix.

Local professional journalism is not free. In the effort to inform during COVID-19 we're providing this story for your benefit. Please join us, subscribe now..
1 of 6

Cyclists David Springer, left, and Sergio Lalli were maskless as they took a break from riding their bikes in Bisbee on Thursday, hours after Mayor David Smith declared everyone must wear a mask in public in the city.

Store manager Katie Petersen stands in front of the business she runs on Tombstone Canyon in Bisbee.

A woman visiting Bisbee dons a mask as she looks inside a shop window.

Arizona Gov. Doug Ducey, right, arrives to give an update on COVID-19 in Arizona during a news conference Wednesday, June 17, 2020 in Phoenix.

Arizona Gov. Doug Ducey leaves wearing a mask after giving an update on COVID-19 in Arizona during a news conference Wednesday, June 17, 2020 in Phoenix.

Arizona Gov. Doug Ducey give an update on COVID-19 in Arizona during a news conference Wednesday, June 17, 2020 in Phoenix.

Smith has long been a proponent of wearing face masks in public since the governor’s March shutdown which closed businesses. In many posts on social media, he appealed to citizens to wear masks and follow the Centers for Disease Control and Prevention recommendations to stay safe and prevent the spread of the virus, which is responsible for one death in Bisbee.

On June 16, he sent a letter to Ducey requesting “the ability to allow our community to adjust our response to this continuing emerging virus problem on a city level, using the CDC guidelines as a resource.”

The letter also stated the city was seeing a return of visitors which, though appreciated, could put the populace at risk. “We have become very popular due to people ‘feeling safe’ and wanting to enjoy our weather, shops, galleries, unique restaurants and bars. People are coming to our city to ‘get away from their own environment,’ but bring that environment with them and to our residents. We now have multiple cases.”

His declaration went into effect Thursday and calls for “all persons within the city of Bisbee” to “wear a mask designed for or appropriate to halt the spread of COVID-19 while in public” with the exception of driving and other non-public locations like homes and yards.

Not everyone was adhering to the edict on Thursday though.

Cyclists David Springer and Sergio Lalli were chatting in front of the Bisbee Coffee Co. on Tombstone Canyon Thursday morning, taking a breather from their respective rides. Neither was wearing a mask.

“I just found out about it,” said Springer, who said he was just passing through town. “I haven’t really thought about it much. But if you have to wear one, I’m good with it.”

Lalli said he puts one on whenever he enters a public place, but wearing one while riding his bike is not something he wants to do.

“I don’t wear it outside,” he said. “I read what the mayor put out, but what does it mean to wear it in ‘public?’ If I go to the post office or Safeway, I’ll put it on. But do you wear one when you’re outside?”

Along Tombstone Canyon Thursday it seemed that about half the people milling about wore masks, and the other half didn’t. Some were tourists, others locals.

Like Lalli, Katie Petersen, manager of Object Limited on Tombstone Canyon, also said she needed some clarification on Smith’s declaration. She stood outside the shop Thursday afternoon, without a mask, taking a smoking break. Petersen made it clear she is not against wearing masks, but she wanted to know what is meant by “public” and whether city police would enforce Smith’s declaration and how.

“I also want to know why we’re open?” she asked, regarding her store and the city in general. “By making it mandatory to wear masks, it makes it sound like Bisbee has some real problems (with COVID-19). What are tourists going to think? We just opened our doors on June 1 after being closed for two months and we’re starting to get business.”

Many local businesses are open and adjusting to the new rules.

Restaurants previously allowed to operate under the CDC guidelines may remain open, but must maintain reduced seating and six feet of social distancing. Staff must wear masks, gloves and maintain adequate space between themselves and the public. Musical entertainment is still banned, according to the declaration.

Retail establishments “must maintain” customer limits to allow for social distancing and “all other nonessential services remain closed until further notice.”

While the declaration does not detail the cost of a fine if someone is in violation, Smith did say people would receive a warning “with subsequent violations enforced as specified in ARS 26-317.”

The statute says: “Any person who violates any provision of this chapter or who knowingly fails or refuses to obey any lawful order or regulation issued as provided in this chapter shall be guilty of a Class 1 misdemeanor. This provision does not apply to the refusal of any private organization or member thereof to participate in a local emergency or state of emergency as defined by this chapter.”

It’s not clear how long the declaration will be in effect.

“I think the letters from all the mayors had to do with the governor’s decision to leave things up to the cities. I’m happy about it – finally. We should have been able to do this from the start,” Smith said.

In a plea on social media, he wrote, “If we have any hope of getting through this with most of our friends still with us, we have to do it together. This virus doesn’t know the difference between red and blue and if we took a survey of the deceased and hospitalized, I am confident my point is correct.”

Other areas of Cochise County reached by the Herald/Review on Thursday are not following suit, however.

Cochise CountyThe county issued the following statement: “While Cochise County is not mandating the wearing of masks, citizens are strongly encouraged to follow public health guidelines to help stop community spread of the virus.”

Gov. Doug Ducey announced on Wednesday that local governments may issue such mandates. That decision was largely based on the request of Nogales Mayor Arturo Garino. Nogales and Santa Cruz County have continued to see a large per capita increase of COVID-19 cases. This is not the case in Sierra Vista and Cochise County.

‘While we have had COVID-19 cases confirmed in the Sierra Vista area, our city is not one of the hot spots seeing a surge in new cases,’ Sierra Vista Mayor Rick Mueller says. ‘We will not at this time require the use of face coverings in Sierra Vista. Wearing face coverings remains highly recommended, not required.’

‘Sierra Vista residents and business operators have done an admirable job observing safety guidelines. We ask that they continue to do so by wearing face coverings in public when social distancing is difficult, especially indoors, washing their hands frequently, avoiding touching their face, and maintaining a safe distance of 6 feet or more when around other people,’ Mueller says. ‘Everyone also needs to be aware face coverings may be required when out in public in other communities and factor that into their travel preparations.’”

TombstoneMayor Dusty Escapule also put out the following statement: “At this time I will not be implementing a mask policy, however, I am asking the merchants, restaurants and bar owners to be responsible and have all their employees wear a face covering for the safety of their fellow workers and visitors. I will leave it up to the individual businesses on the requirements of face coverings for customers in their establishments.

“Face coverings will be mandated during any city public meeting, including Council meetings. A mask will be supplied if you don’t have a face covering.”

In a short telephone interview with the Herald/Review Thursday, Escapule said while masks are “highly recommended,” people should use “common sense.”

“Use your best judgement,” he said. “We’re all adults here.”

DouglasDouglas’ city leadership met Thursday to discuss Gov. Ducey’s order and will decide during Monday’s City Council meeting whether or not to mandate masks in public.

Tucson, Flagstaff and several cities in the Phoenix metro area have also implemented face mask requirements, according to the Associated Press.