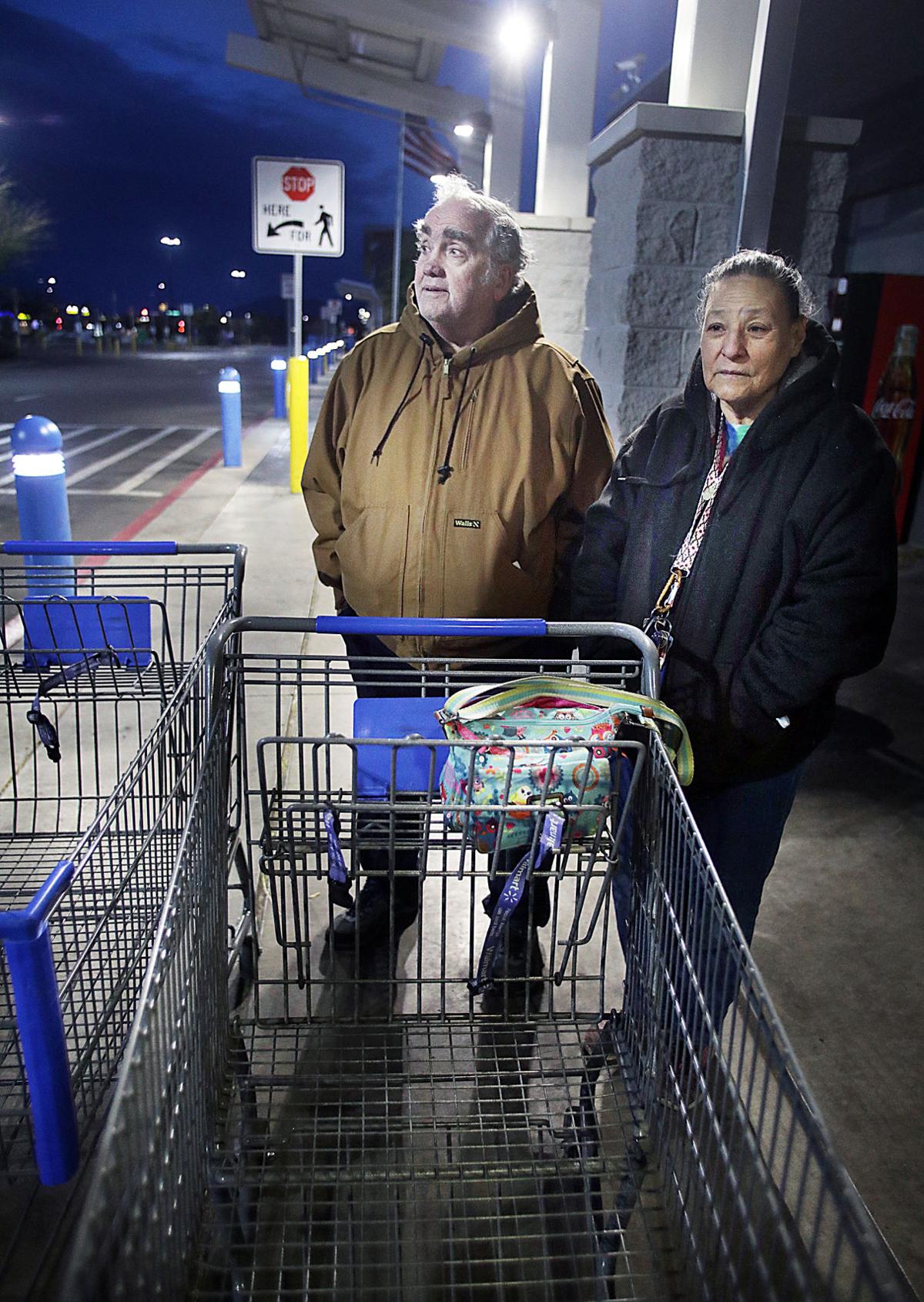 George Allen, Jr. and wife Jackie are the first in line Friday morning at an area market well before the business opens its doors for the day. The Allen’s, who are from Winkelman, have been helping their epileptic daughter for a while now in Sierra Vista. 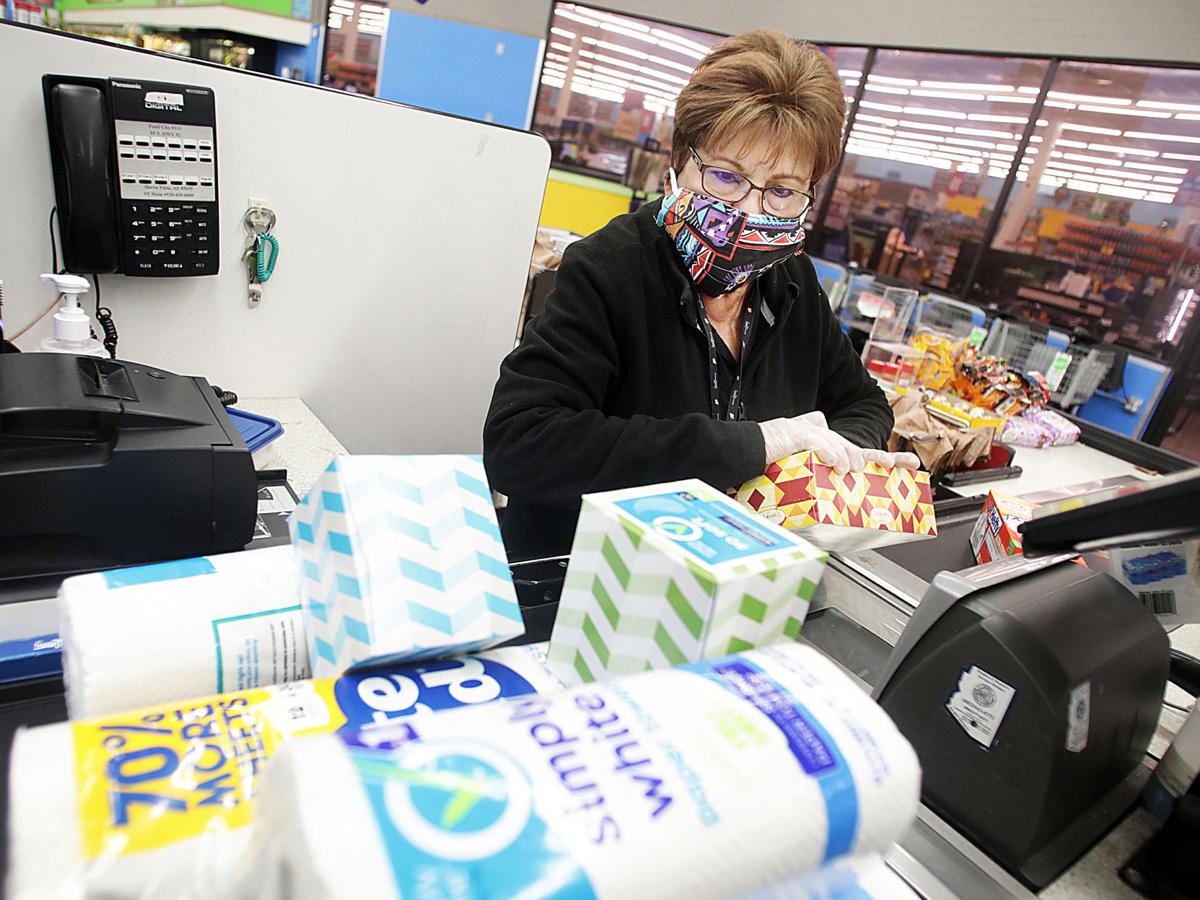 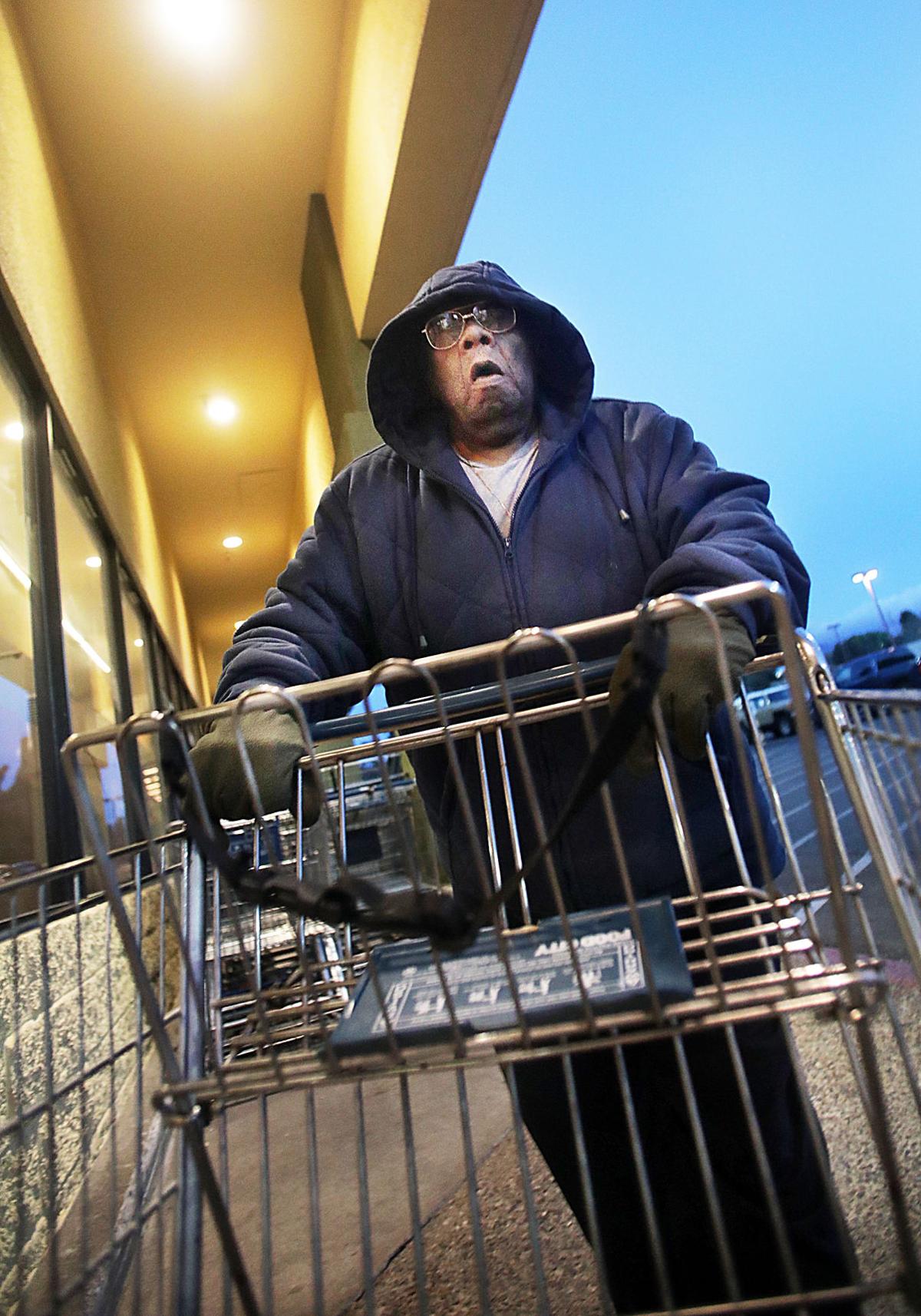 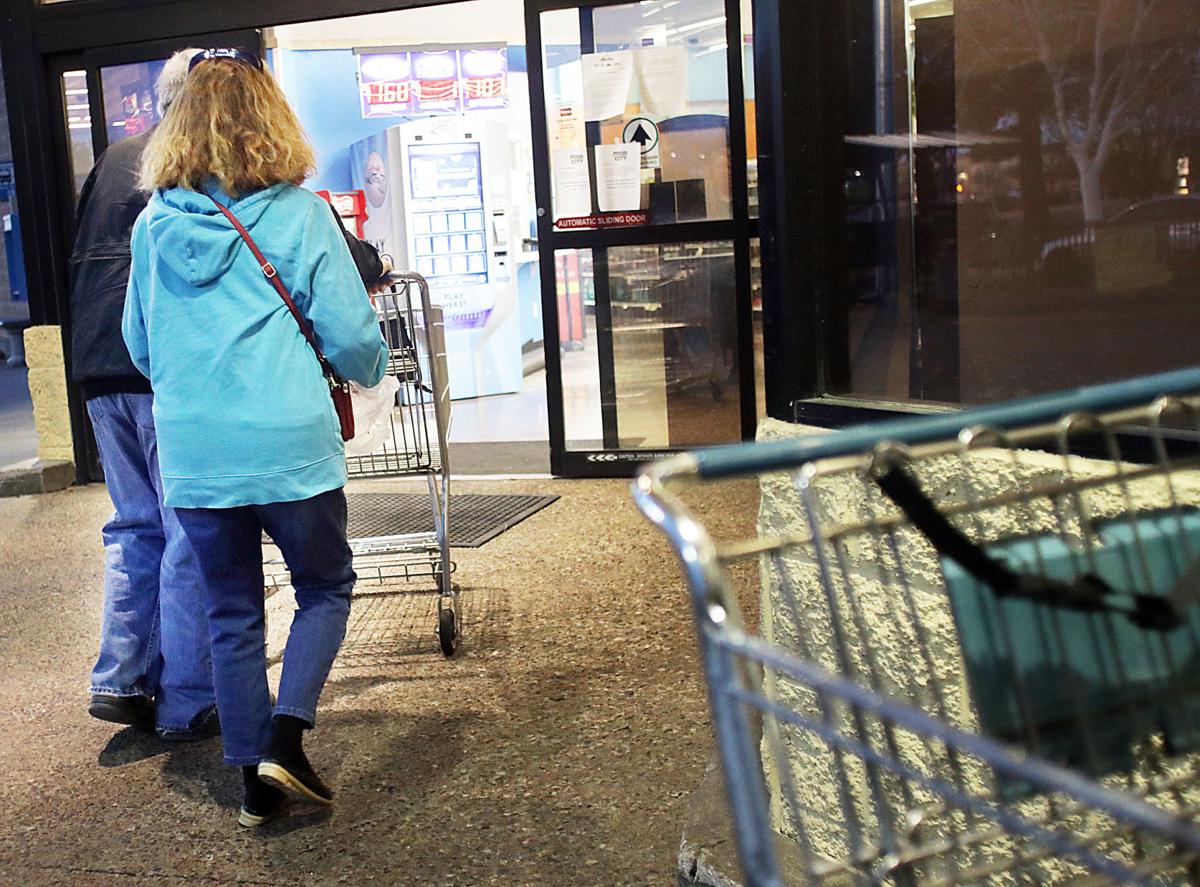 Local professional journalism is not free. In the effort to inform during COVID-19 we're providing this story for your benefit. Please join us, subscribe now..
1 of 4

George Allen, Jr. and wife Jackie are the first in line Friday morning at an area market well before the business opens its doors for the day. The Allen’s, who are from Winkelman, have been helping their epileptic daughter for a while now in Sierra Vista.

SIERRA VISTA — Plexiglass separating cashiers from customers. Bright blue decals on the floor that indicate where to stand for social distancing. Reduced store hours and special shopping times for the elderly. This is the new normal, for now, at your local grocery stores.

Fry’s, Walmart and Safeway — perhaps different. But for the time being, as the coronavirus crisis grips the world, all three are operating similarly as they scramble to keep their shelves stocked to meet the demands of a panicked public, while at the same time keeping their employees and customers safe and their stores as clean as possible.

“We’re getting out to the stores daily and as quickly as we can,” said Pam Giannonatti, spokeswoman for Fry’s Food Stores. “Our supply chain has plenty of products.

“The shortages in products shift continuously,” she added.

In order to keep those products flowing, all three chains are hiring full and part-time employees to work in distribution centers and on the front lines as cashiers and deli clerks in order to meet the current demands at their stores in Sierra Vista, Bisbee, and nationwide.

Walmart, with stores all over the country, is hiring 150,000 people. Fry’s, meanwhile, is taking on an additional 500 employees at their 122 stores across Arizona. Both Walmart and Safeway are offering their cashiers and other workers bonuses and a temporary increase in salary as an incentive for the changes in work schedule and other rigors presented by the coronavirus scare.

The one thing that officials from all the stores want the public to know is that there’s plenty of food and paper products. And there’s no need to panic or hoard anything.

“We’re asking that everyone shop responsibly,” said Giannonatti of Fry’s. “We replenish our shelves daily. Trucks are going in and out of our stores daily stocking the shelves as fast as possible.”

“Whereas the quantities of the items are not quite enough to make shelves look as full as they did a week ago, customers and associates alike take comfort in knowing product is still flowing to stores,” Matt Smith, Walmart Corporate Affairs, said in a press release.

All the stores began closing early about a week ago in order to restock their ravaged shelves and to deep-clean their facilities. There are also special hours set aside for senior citizens and pregnant women to shop, said Keane, of Safeway.

The doors are also closing earlier in the evening at all three chains. Walmart, which has traditionally been a 24/7 store, started closing at 8:30 p.m. so that their “clean teams” can sweep, wash and wipe their way through the aisles. Safeway and Fry’s, usually open until midnight, have also cut their hours so staff can clean and fill empty shelves, officials said.

As for the question of social distancing, the stores are trying to make it as easy as possible for their patrons.

Say hello to plexiglass. Giannonatti said Fry’s began installing plexiglass windows in front of their cashiers and the clerks at the Starbucks counters to safeguard both employees and customers. Safeway has done the same.

“Walmart has started installing plexiglass barriers (sneeze guards) at our pharmacy lanes (both Walmart and Sam’s Club) and will install these guards at the regular Walmart registers over the next 2 to 3 weeks,” Dacona Smith, Executive Vice President and Chief Operating Officer, Walmart U.S., stated in a press release. “Staying safe and healthy is more important than ever for our associates, our customers and for us. Installing these barriers is another way Walmart is helping bring peace of mind that we are doing everything we can to keep our people and our stores safe.”

And watch for the blue decals and the blue lines on the floor indicating where and how far to stand from the next person at the checkout line.

“Over the coming days and weeks, we are installing floor decals in our stores at both the entrances and in checkout lanes, making it easier for customers to judge the proper social distance from each other,” Dacona Smith said.

Ditto for Safeway and Fry’s.

While federal officials said last week that the National Guard would be sent to certain areas to help out at grocery stores and other businesses, neither Fry’s nor Safeway sees the necessity to bring them in.

“The National Guard reached out to us and asked if we needed their help,” Giannonatti of Fry’s said. “We thanked them, but right now we’re focusing on hiring our own people.”

There was no response from Walmart officials on that issue.

For senior citizens, Walmart opens every Tuesday at 6 a.m; Fry’s opens Monday through Thursday from 6 a.m. to 7 a.m.; and Safeway opens Tuesdays and Thursdays from 7 a.m. to 9 a.m. for senior and pregnant women.