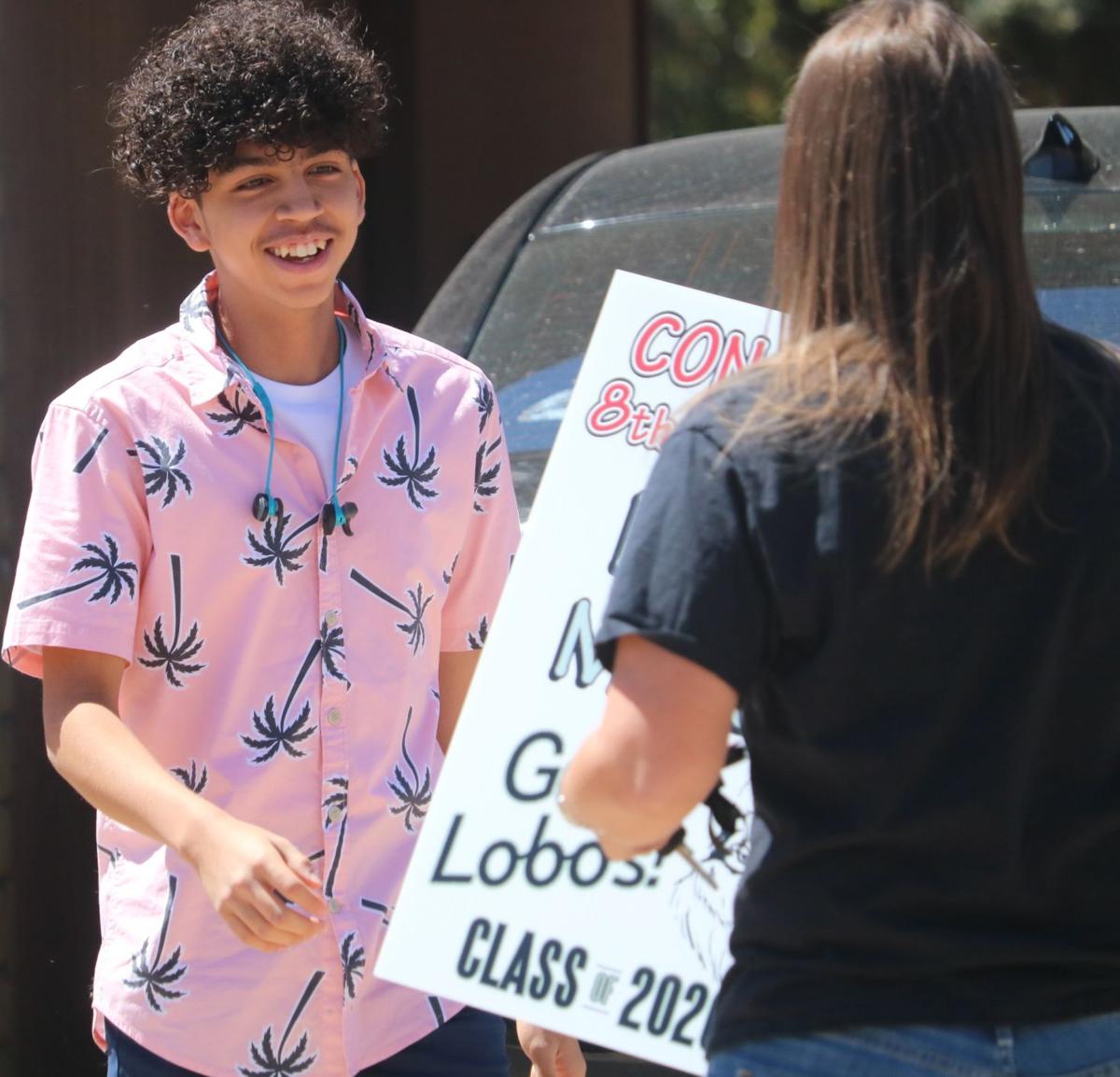 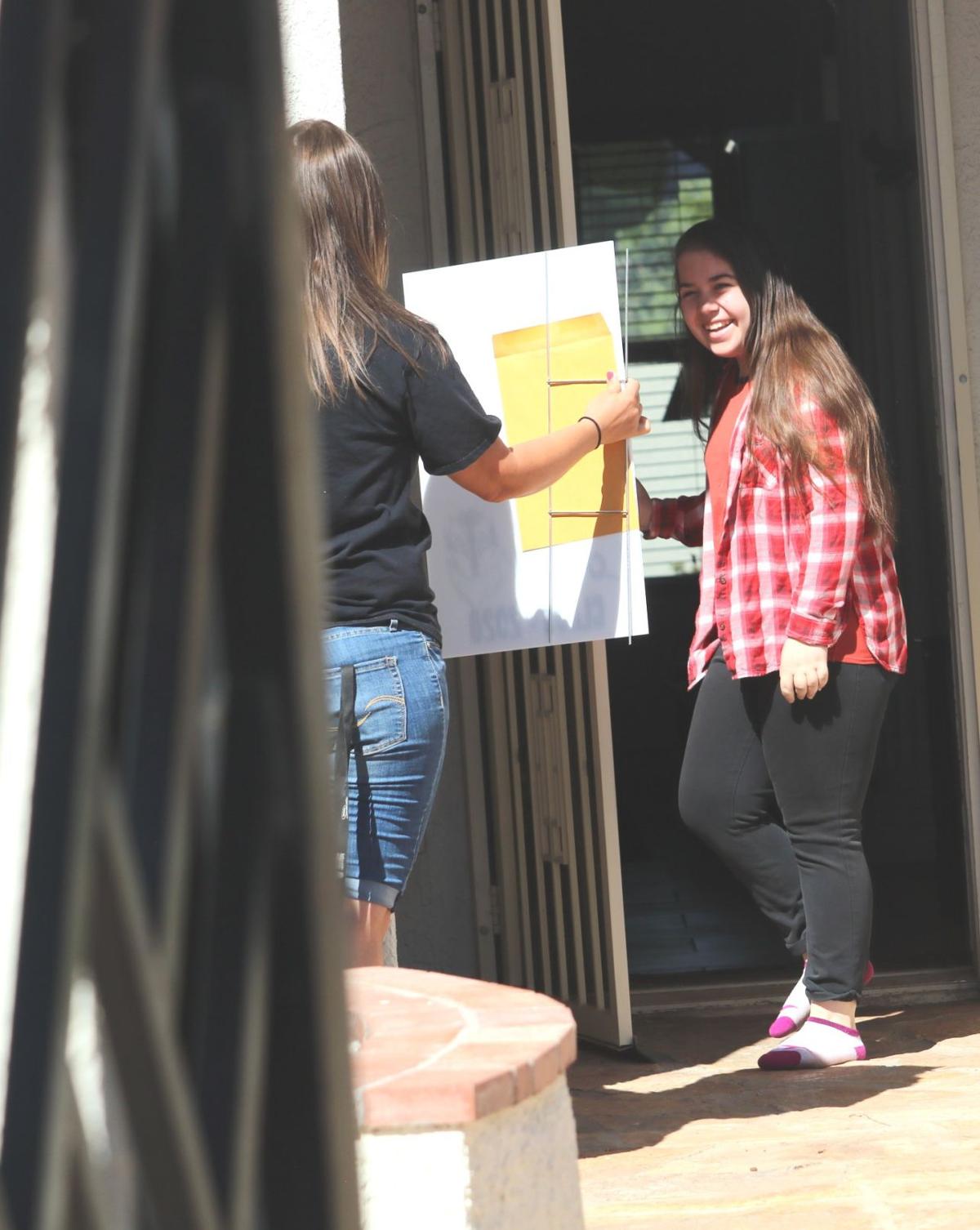 Veronkia Colwell is greeted with her yard sign Saturday morning. 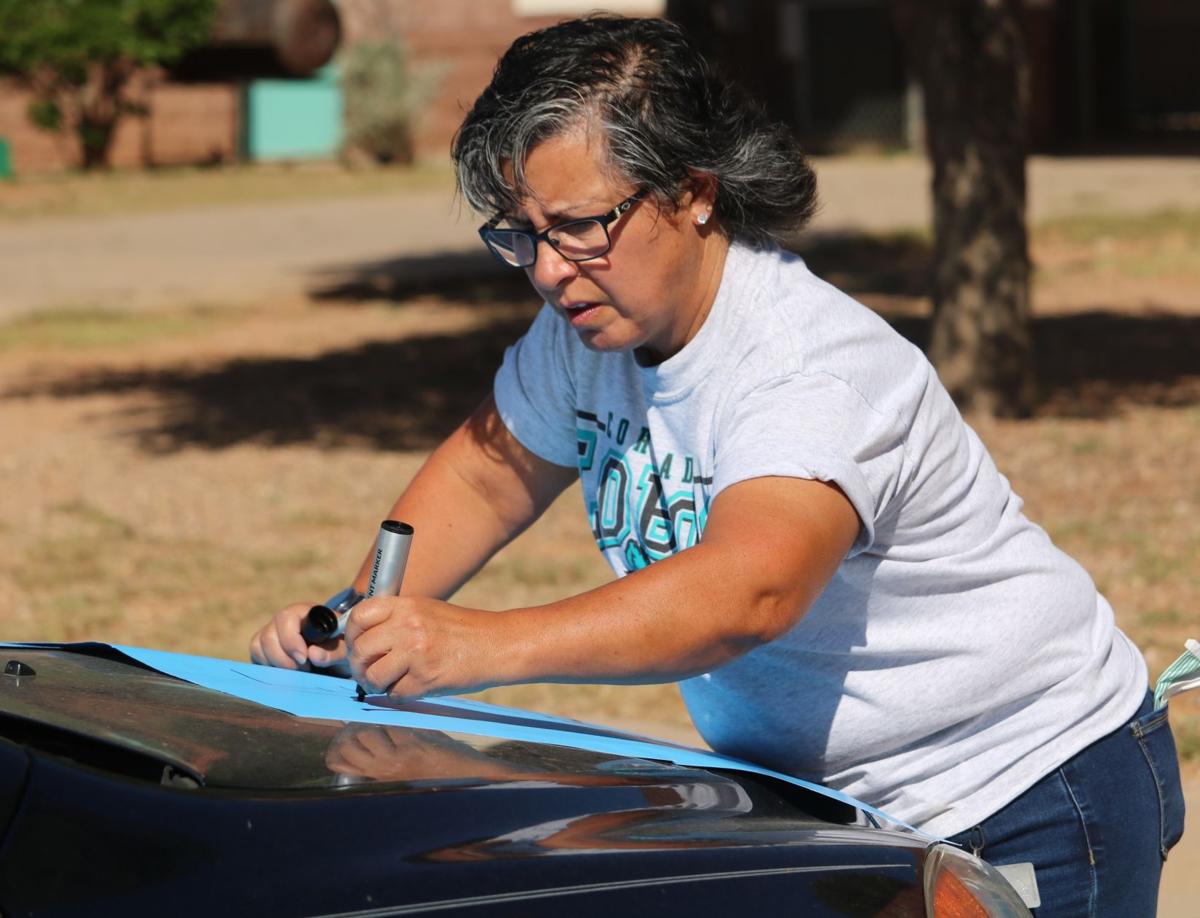 Lisa Marable, the 8th grade coordinator at Coronado, makes a sign for her car Saturday morning. 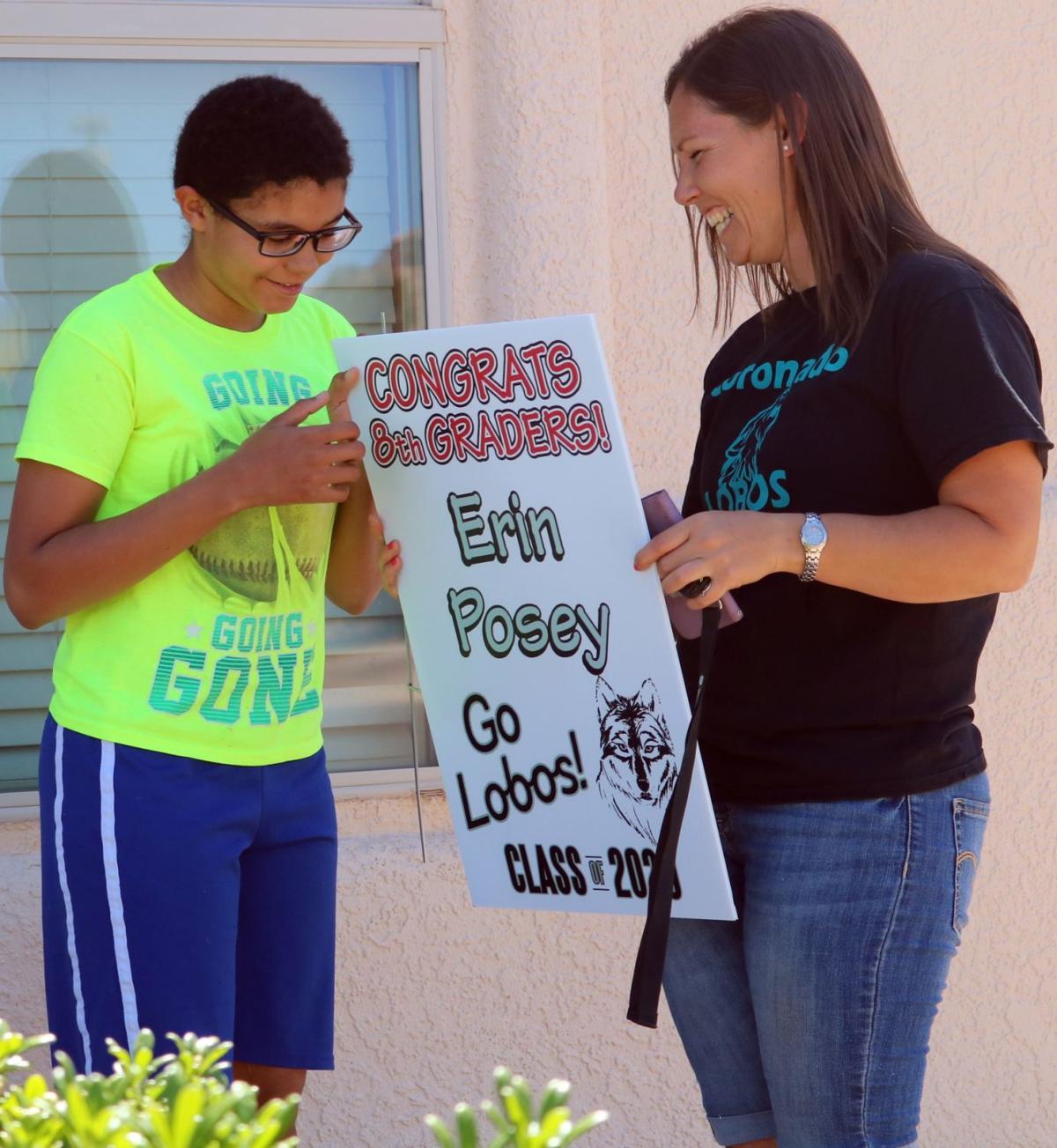 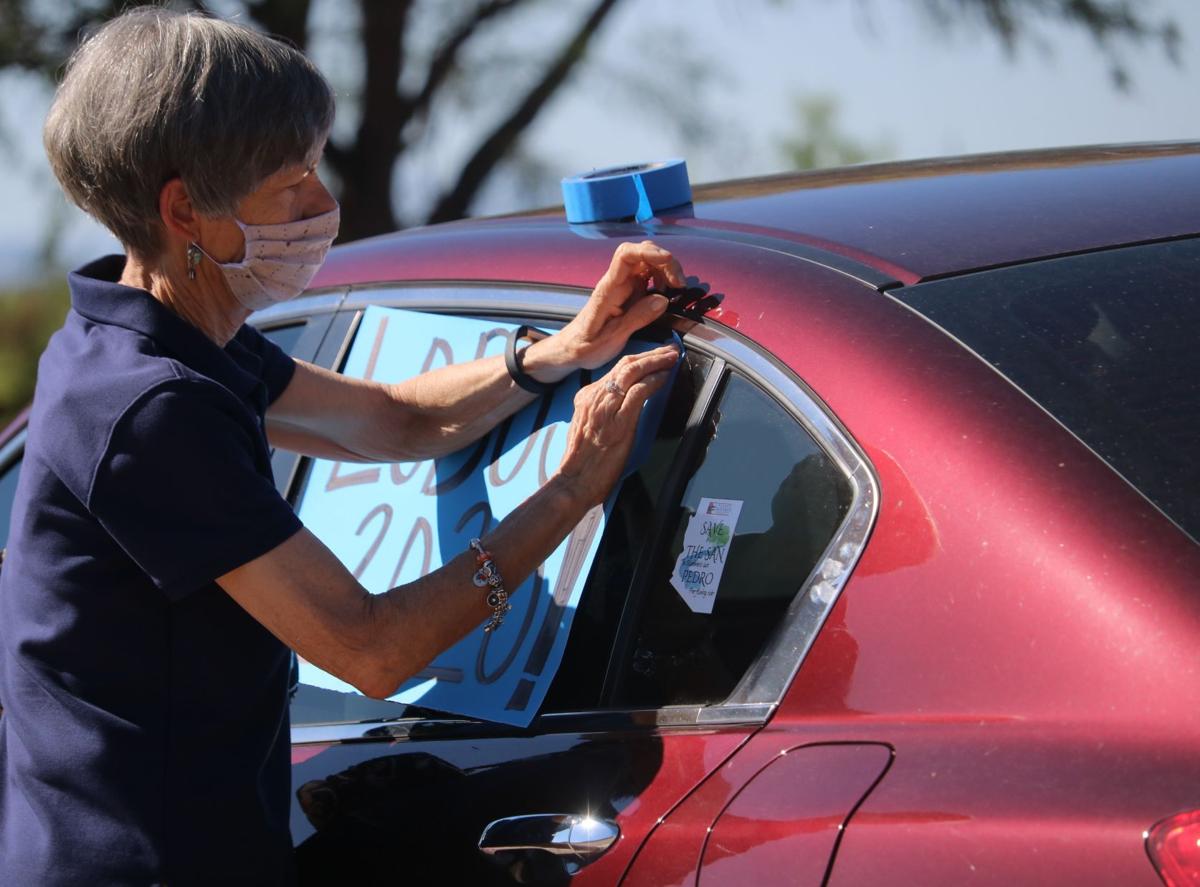 Local professional journalism is not free. In the effort to inform during COVID-19 we're providing this story for your benefit. Please join us, subscribe now..
1 of 5

Veronkia Colwell is greeted with her yard sign Saturday morning.

Lisa Marable, the 8th grade coordinator at Coronado, makes a sign for her car Saturday morning.

PALOMINAS — Distance, dirt and driving didn’t keep the teachers and administrators of the Palominas Unified School District from seeing and recognizing each member of their eighth grade class.

PUSD Superintendent Sherri Rosalik said she approached the district leadership team with the idea of having signs made for the eighth graders at the end of April since their promotion ceremonies had to be pushed to a later date because of COVID-19. She said she got the idea from the school her son attends having one made for him since he’s a senior.

In the weeks leading up to the deliveries Graphic Impact in Tucson made the signs and the courses were charted to ensure every eighth grader was visited.

“Overall, the feeling was heartwarming,” Rosalik said about participating in both schools deliveries on Saturday. “As I was pulling away I saw parents taking pictures of their kid with the sign.”

Teachers and administrators from Coronado met at the school at 8:30 a.m. on Saturday to decorate their cars and break into groups. Shelley Woodman, principal at Coronado, had her team split into four groups to deliver signs to the school’s 53 eighth graders.

“We felt like we needed something now to honor them and we’re hoping to do a ceremony in late July for them,” Woodman said. “(Saturday) was really fun. It really brought home how much we missed them. It was nice to see their smiles.”

One teacher delivered the sign to the student while the rest of the caravan cheered from a distance in an effort for the student to feel special. While the families knew a surprise was going to be delivered, most of the students had no idea. The teachers and administrators were met with smiles, shock and some tears.

“It means everything to see their faces,” said Palominas Elementary School Principal Bart Nieuwenhuis. “It was the most wonderful day.”

Nieuwenhuis and his team of 11 staff members decided to do a parade to every one of their 58 eighth graders with signs and horns. He said the group left at 9 a.m., and 190 miles later, they made their final delivery at 8:15 p.m.

“The junior high teachers couldn’t decide who got to see who,” Nieuwenhuis said. “They wanted to see every student. I miss the kids too so I decided I’m fine with it.”

Woodman and Nieuwenhuis agreed their eighth graders deserved their surprise for the hard work and are proud of the accomplishments they’ve had since starting school in the district. They also know their groups of students are a special bunch.

“We’re a family down here,” Nieuwenhuis said. “The three local high schools that get these students are going to be thankful.”

Even though the staff and administrators of the Palominas Unified School District were able to put smiles on their graduates faces they are still holding out hope that they will be able to do an in-person ceremony in late July for the eighth graders. Rosalik said they are waiting for further guidance from the state superintendent and governor about how to proceed.