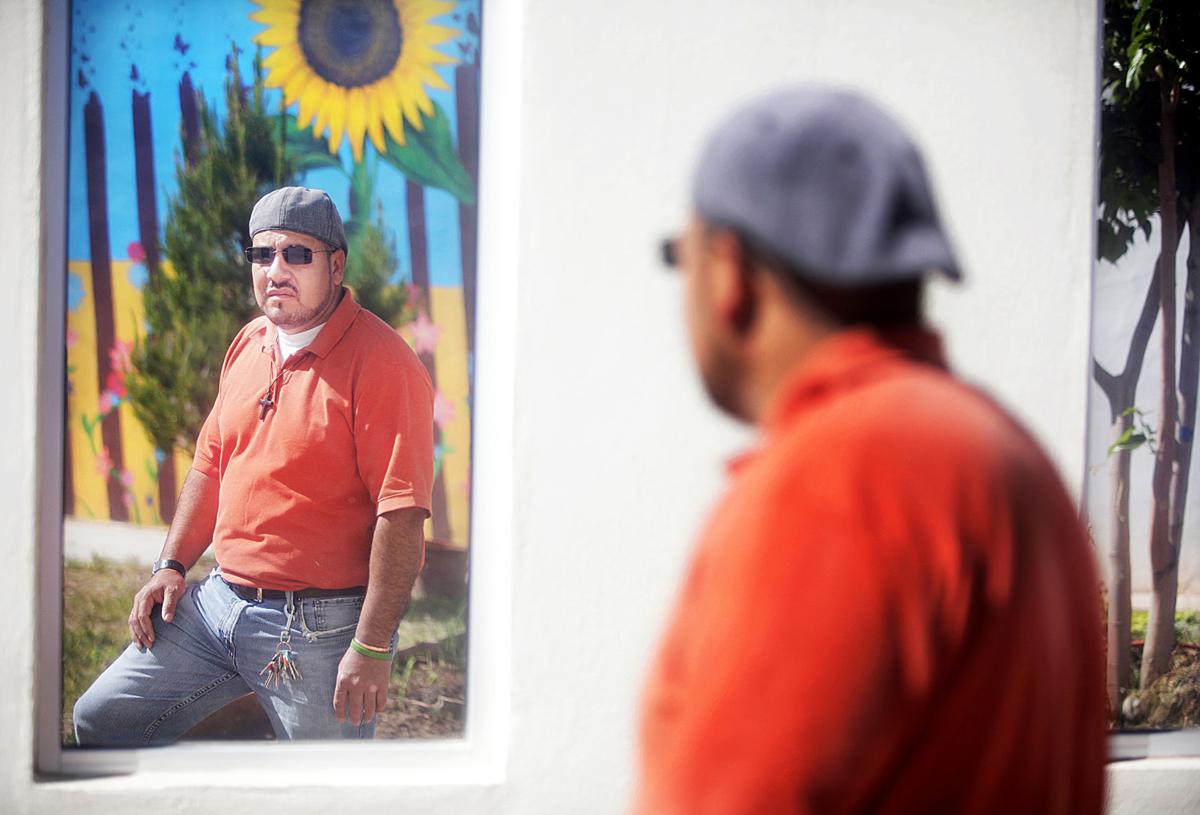 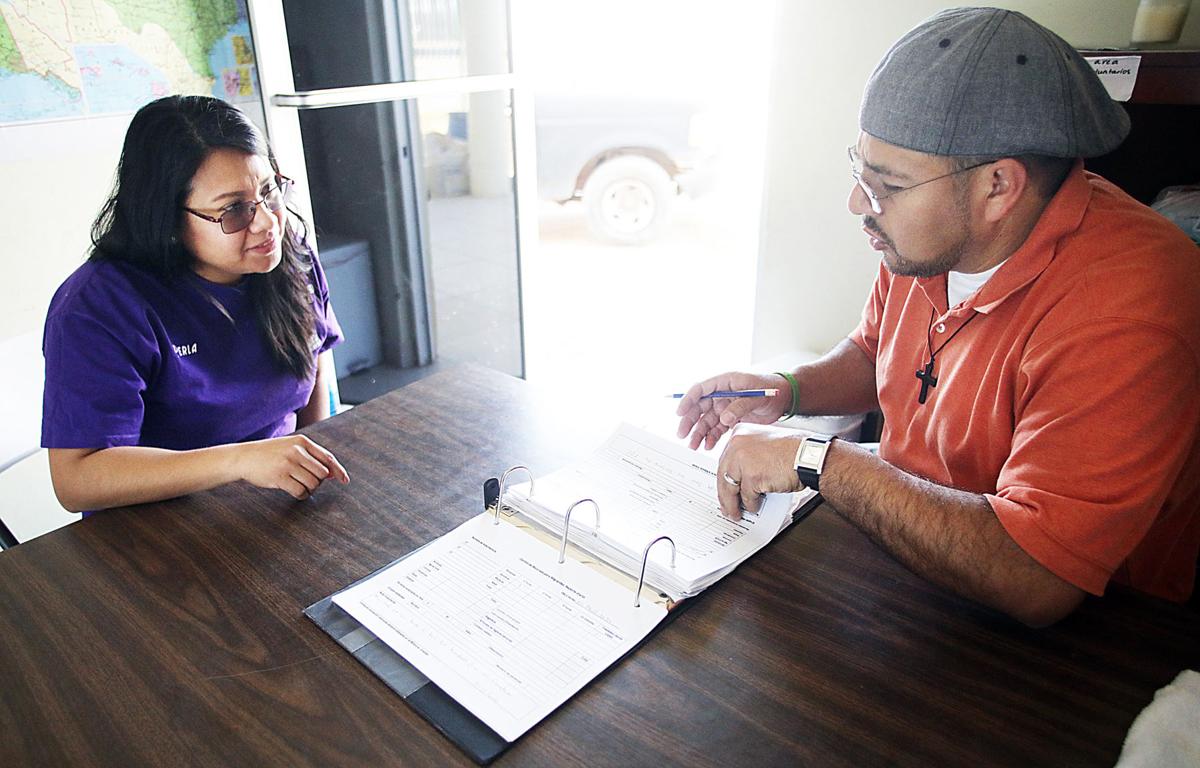 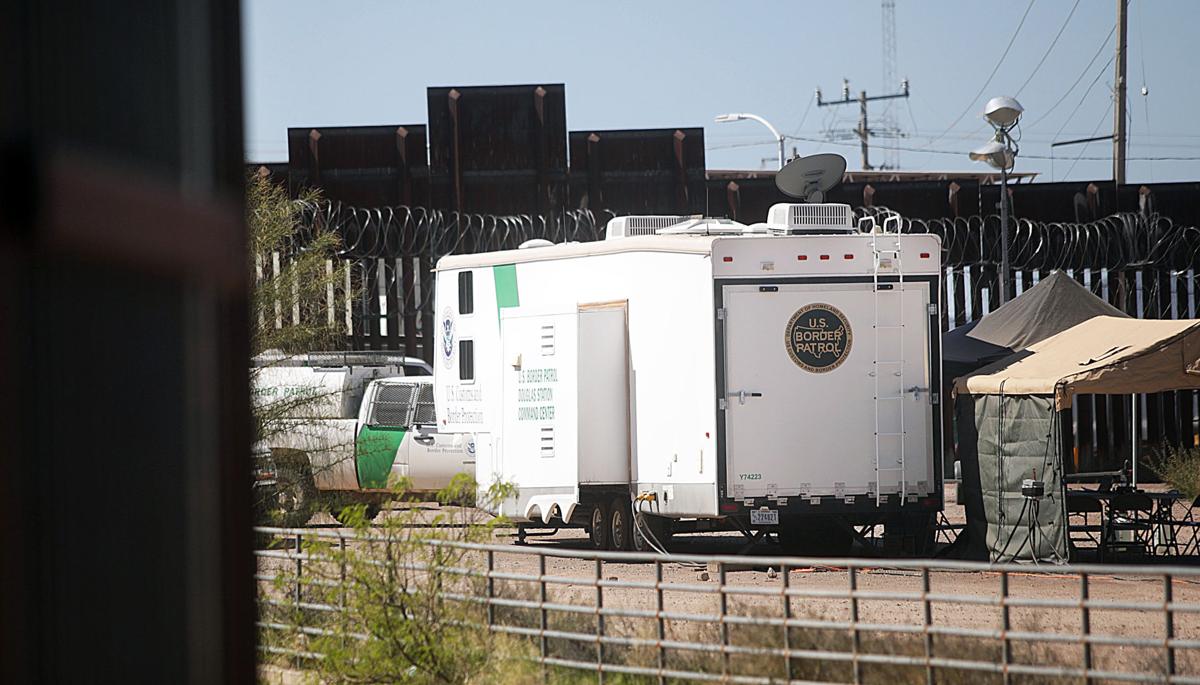 The U.S. Border Patrol has a trailer at the Douglas/Agua Prieta Port of Entry. The trailer is used a an immigrant processing station. 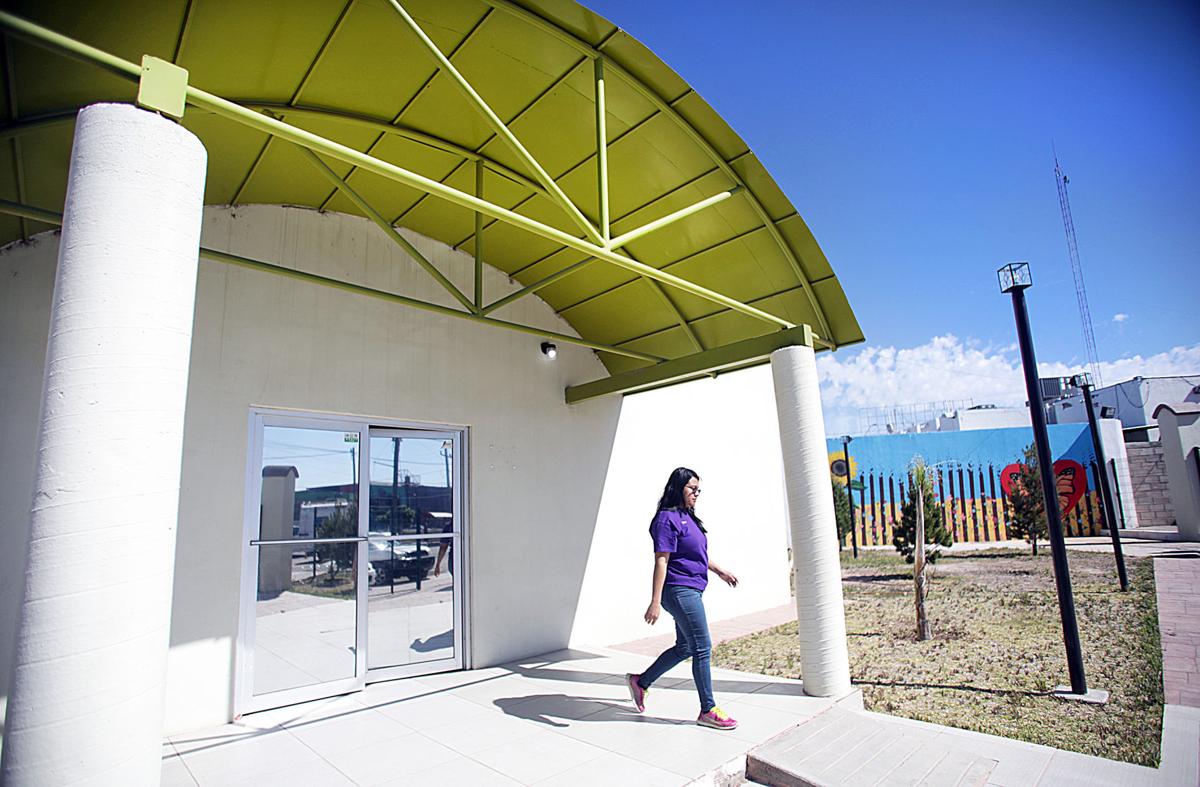 The Centro De Recursos building near the Mexico/United States border in Agua Prieta. 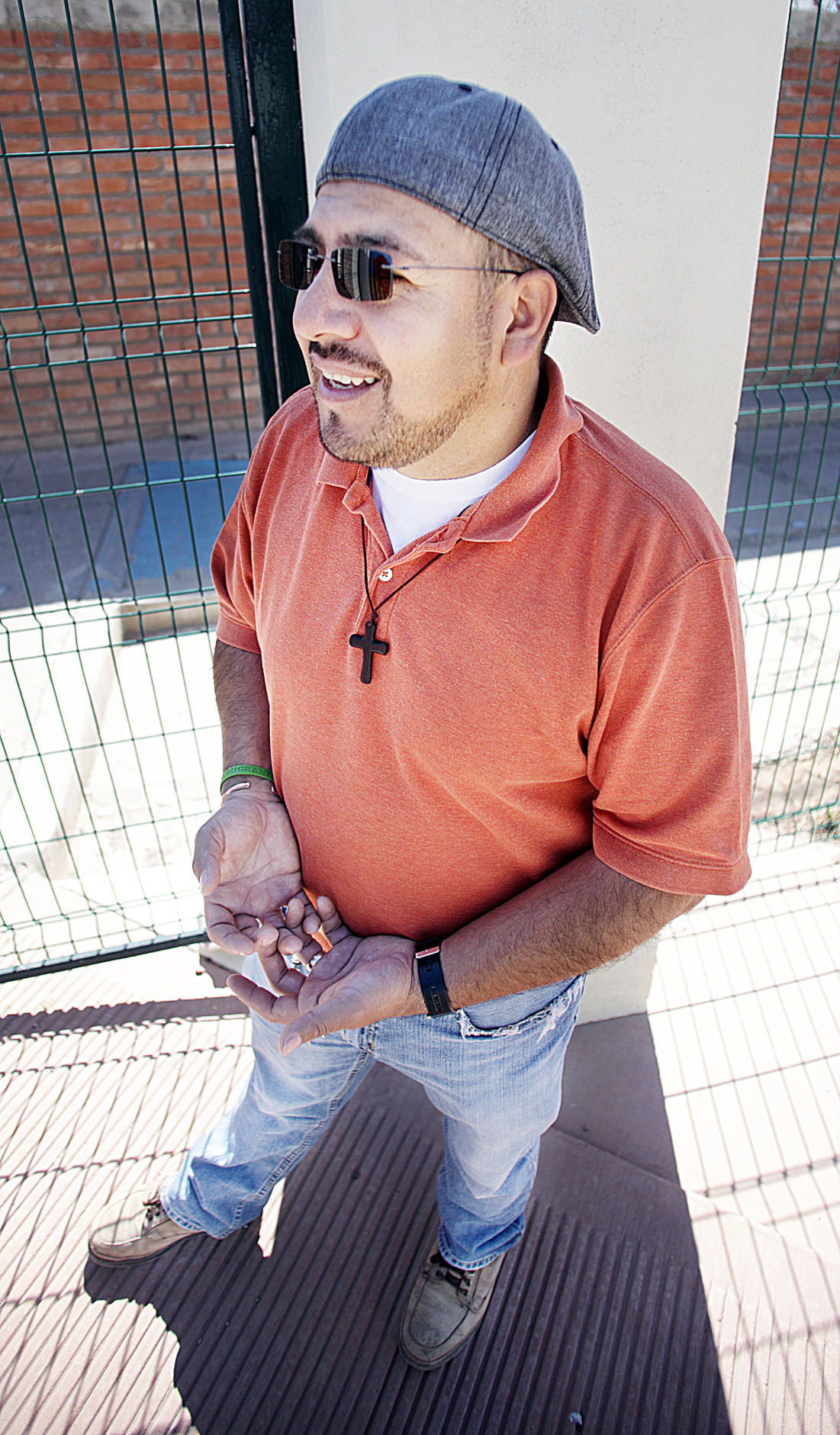 Adalberto Ramos talks about the inability of migrants to seek asylum because of COVID-19. 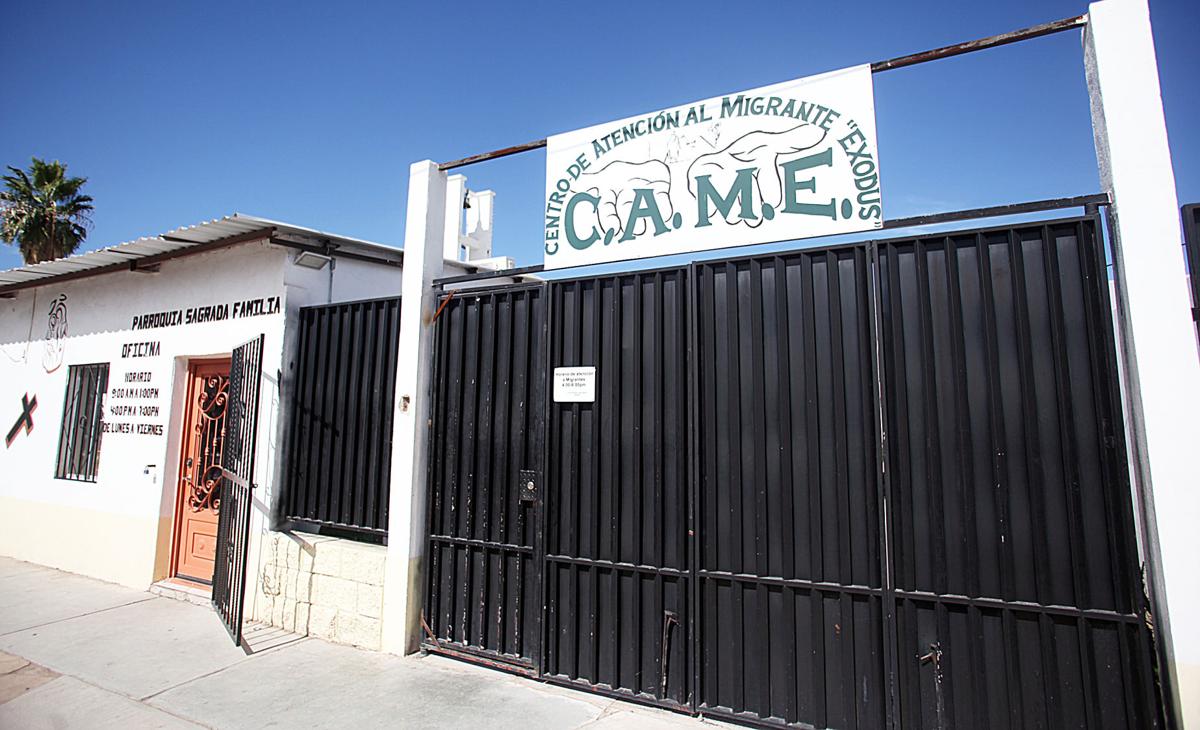 Local professional journalism is not free. In the effort to inform during COVID-19 we're providing this story for your benefit. Please join us, subscribe now..
1 of 6

The U.S. Border Patrol has a trailer at the Douglas/Agua Prieta Port of Entry. The trailer is used a an immigrant processing station.

The Centro De Recursos building near the Mexico/United States border in Agua Prieta.

Adalberto Ramos talks about the inability of migrants to seek asylum because of COVID-19.

AGUA PRIETA — More than 30 adults and children attempting to seek asylum in the United States are now cloistered inside a migrant shelter here, their lives upended by the spread of COVID-19, which is also preventing return to their home state within Mexico.

The refugees, all from Guerrero state on the country’s Pacific coast, had been staying in a shabby tent tied to the steel fence that separates Douglas from Agua Prieta, Mexico, at the border. But when the coronavirus pandemic began spreading across the globe, the migrants — 33 in total, who make up 11 families — were whisked away from the tent and into a migrant shelter that helps asylum seekers with food, clothing and the resources they need in order to properly seek asylum in the U.S.

Compounding the asylum-seekers’ hardships, all volunteer efforts from the area into Agua Prieta, have stopped, because binational ministries such as Frontera De Cristo in Douglas — which works closely with the shelter and director Beto Ramos — do not want to risk the health of those staying there, or the people in the U.S. who enter Mexico to help them, said Mark Adams, a coordinator at Frontera De Cristo.

“The shelter is sheltering in place and they’re limiting the number of volunteers they’re letting in,” Adams said.

Additionally, the U.S. government has started immediately repatriating back into Mexico anyone who crosses into the U.S. illegally. Adams said the repatriations were mostly occurring in Nogales, but three weeks ago, the U.S. Border Patrol set up a mobile command unit at the border in Douglas where undocumented border crossers are processed in minutes and sent back into Agua Prieta.

The repatriations have caused additional headaches and heartache at the migrant shelter because more people are asking for help and they can’t get it, said shelter outreach director Perla del Angel.

“Unfortunately, we have to turn them away,” del Angel said. “We have no space in the shelter to put anyone in isolation if they were sick.”

Instead of rotating several families and individual asylum-seekers through its doors, the Agua Prieta shelter — Centro de Atencion al Migrante en Exodus (Center for the Care of Migrants in Exodus) — has shut down to all new families/individuals seeking asylum because of the Trump administration’s most recent restrictions on allowing asylum seekers into the country during the coronavirus situation, del Angel and Ramos said.

But the 11 families currently staying inside the migrant shelter here are somewhat trapped, Ramos said, because they can’t enter the U.S., and they’re too afraid to return to Guerrero state because of the fear and stigma attached to COVID-19 in their respective towns. Additionally, Ramos said, the families inside the shelter have said that criminal organizations inside Guerrero state are not allowing anyone back inside because of the pandemic.

“It’s mentally frustrating because we don’t have a date to give them for an end to this,” Ramos said Friday morning regarding the families at the shelter. “They thought they would be here a short time, but now they’re in there and they can’t leave. They can’t even go outside on the street.”

Ramos said all 33 individuals had initially come to the shelter for help before COVID-19 struck. They had all been processed at a second location called Centro de Recursos Para Migrantes (Resource Center for Migrants) where they’re given various paperwork they must present when seeking asylum. From there, the families were sent to the tent at the border to wait their turn to be called.

Before the coronavirus outbreak, between one and three people a week were being called from the tent to be processed in Tucson for asylum. That ended almost a month ago when U.S. officials, under the guidance of the Centers for Disease Control and Prevention, said asylum seekers should not be allowed to enter the country for fear that the health of Americans would be jeopardized.

On March 20, both the U.S. and Mexico agreed to restrict travel between both nations, allowing visits for essential purposes only. Tourism is considered non-essential travel, for example.

Ramos said having the 11 families at the shelter with no movement has been stressful for the asylum-seekers and his staff. He said several charitable groups have been sending donations of food, water and clothing, for his charges. The greatest need is for diapers and wet wipes because most of the families have infants and toddlers, Ramos said.

Both Ramos and del Angel said they are trying to keep up the spirits of the families at the shelter, but there’s not much information they can provide about when they can leave and seek asylum.

“Once this is over, we have to then wait to see what the United States decides about people who are trying to seek asylum,” del Angel said. “No one knows.”