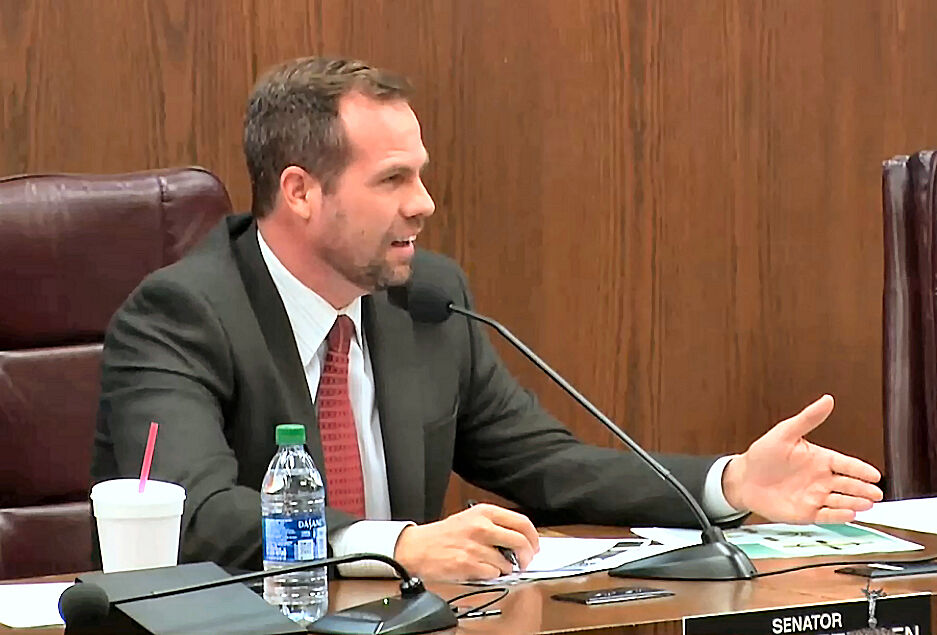 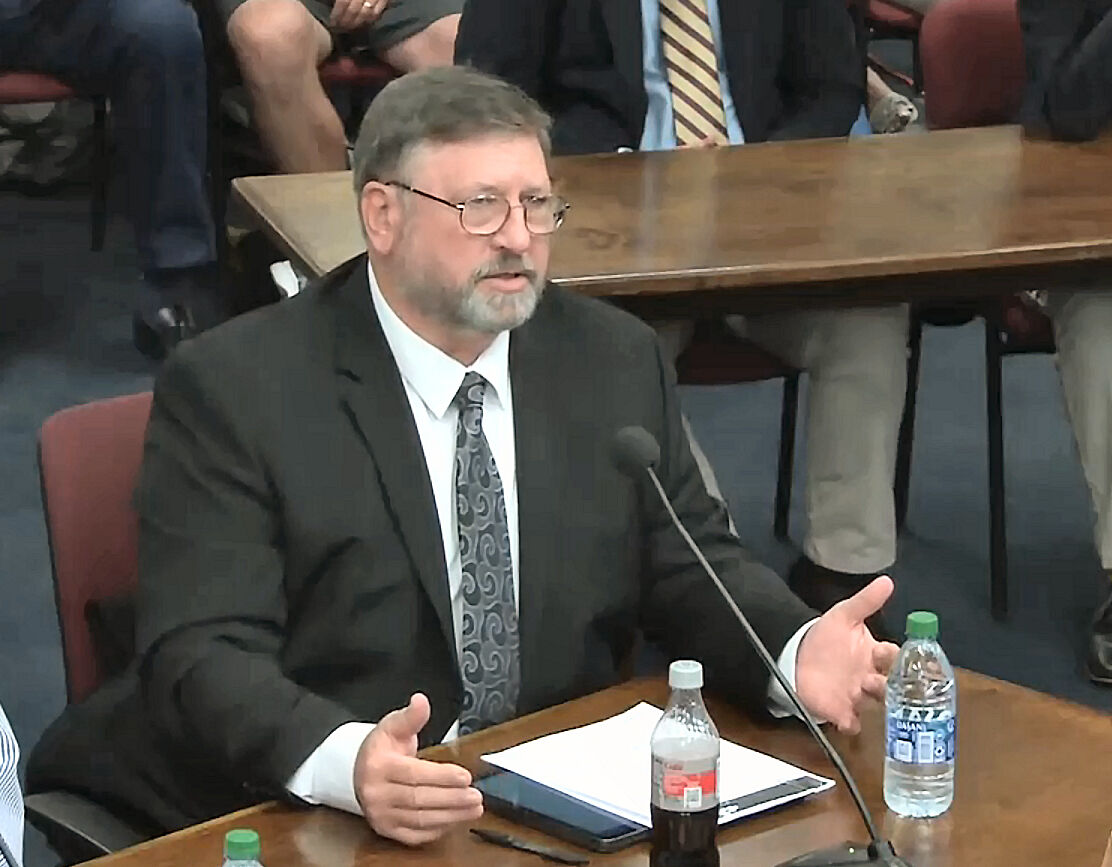 PHOENIX — The outside contractors conducting the audit of the 2020 election told GOP lawmakers Thursday they already have identified a series of inconsistencies between information Maricopa County reported and what they have found.

The result could be workers from Cyber Ninjas showing up at the doors of some voters in a bid to resolve them. Senate President Karen Fann confirmed after the hearing she is considering giving the go-ahead for that despite being told earlier this year by the U.S. Department of Justice that “raises concerns regarding potential intimidation of voters.’’

Fann also is weighing new subpoenas to force Maricopa County to turn over information the outside auditors said they never got or were denied outright. That would pave the way to a new round of court cases.

But it may be Cyber Ninjas and other firms conducting the review of voting equipment and the 2.1 million ballots that may be subject to closer examination.

“Nothing in the statute absolves Senate defendants’ responsibilities to keep and maintain records for authorities supported by public monies by merely retaining a third-party contractor who in turns hires subvendors,’’ Kemp wrote. He noted that Fann made statements that the audit is a public function.

Allowing those documents to now be shielded, the judge said, “would be an absurd result and undermine Arizona’s strong public policy in favor of permitting access to records reflecting governmental activity.’’

Significantly, that includes who is financing the audit, as the judge said the $150,000 the Senate agreed to pay Cyber Ninjas “appears to be far short of paying the full cost.’’

“The public does not know who is financing the remaining costs,’’ the judge wrote.

Kemp was no more impressed by arguments that how the Senate obeys or interprets the public records law is a “nonjusticiable political question’’ beyond the reach of courts.

He said it is true that judges cannot tell the Senate how to conduct the audit.

“It is difficult to conceive of a case with a more compelling public interest demanding public disclosure and public scrutiny,’’ the judge wrote.

Kemp’s ruling and the results of the hearing Thursday portend months more of legal disputes.

The Senate is virtually certain to appeal. Then there is the work of contacting voters and those new subpoenas of Maricopa County to get information that the auditors contend is necessary for them to complete their work.

The U.S. House Oversight Committee has launched its own investigation into the audit.

In a letter to Cyber Ninjas CEO Doug Logan, Rep. Carolyn Maloney, D-N.Y., who chairs that panel, demanded he produce information about the company and with whom he is communicating, including former President Donald Trump and others who have advanced the theory that the election was tainted.

“The committee is seeking to determine whether the privately funded audit conducted by your company in Arizona protects the right to vote or is instead an effort to promote baseless conspiracy theories, undermine confidence in American’s elections, and reverse the result of a free and fair election for partisan gain,’’ Maloney said in a joint statement with Rep. Jamie Raskin, D-Md., who chairs the subcommittee on civil rights and civil liberties.

During Thursday’s hearing, Logan identified for Fann and Sen. Warren Petersen, R-Gilbert, who chairs the Senate Judiciary Committee — Senate Democrats were not allowed to participate or ask questions — a series of what he said are irregularities.

For example, he said there were 74,243 mail-in ballots being received “where there is no clear record of them being sent.” Logan also said there were 11,326 individuals who did not show up on the version of the voter rolls prepared the day after the election but did show up on the Dec. 4 list as not only being registered but having voted.

And he said there were nearly 4,000 people listed as registering to vote after the cutoff on Oct. 15.

“It’s the one way to know for sure whether some of the data we’re seeing, if it’s real problems or whether it’s clerical errors of some sort,’’ Logan said of a canvass of voters.

In May, after the idea of contacting voters was first floated, Pamela Karlan, principal deputy assistant attorney general for the U.S. Department of Justice, said the plan could intimidate voters. That, Karlan said, would violate the federal Voting Rights Act.

In responding to Karlan, Fann promised that if there is any door-to-door questioning that Cyber Ninjas would not select voters or precincts based on race, ethnicity, sex, party affiliation or “any other legally protected status.’’

But what Logan appears to want is far more specific, contacting those whose names showed up — or did not — on those conflicting documents to hear directly from them whether they actually voted.

“Canvassing can help validate that information,’’ he said.

Another big issue is whether the ballots were properly counted.

County officials have insisted that there could be no “bleed-through’’ of marks made by voters on one side of the ballot to another. And even if that did occur, they said the ballots were printed in a way so that those stray marks could not affect races on the other side of the sheet because of how the “bubbles’’ for voters to fill were aligned.

But Logan showed the senators evidence of not just mis-alignment of those bubbles but actual ballots where stray marks could result either in a vote for someone for whom the person did not intend or invalidating the choice for that race because it appeared more than one vote had been cast.

He said the problem appears to be confined only to votes cast on Election Day, as the preprinted early ballots were properly aligned. But that still amounts to about 168,000 ballots that were prepared at voting centers.

Separately, Logan wants access to images of the signatures on the early ballot envelopes.

He claimed to have an affidavit — he did not say from whom — that so many early ballots were received that county election workers loosened the standards to determine whether signatures matched what is on file.

Logan said that started out at 20 points of comparison but was reduced to just 10 and then to just five.

“And then, eventually, they were told to just let every single mail-in ballot through,’’ he said. And while Logan said it’s too late to redo such comparisons, the images will show whether county officials allowed ballots with no signatures at all to be counted.

Fann said the woman who made the complaint, whose identity she knows, worked to verify signatures for the county. The Senate president said there is no need at this point to reveal her identity.

And county election officials denied the claim as “categorically false.’’

“At no point during the 2020 election cycle did Maricopa County modify the rigorous signature verification requirements,’’ they said in a prepared statement.

Ben Cotton, founder of CyFir, a subcontractor on the process, said he found other problems.

Some are related to a breach of the voter registration system the county itself reported, with the FBI having raided a Fountain Hills home days before the election. Cotton said that shows that at least one element of the county’s election system had been “hacked.’’

But county election officials said all that was accessed was a site where people could register to vote, not the actual server where voter registration records are stored. And all that anyone obtained was someone’s voter registration number, with no access to personal information.

Cotton also said that anti-virus software had not been updated since the county acquired the equipment in 2019 from Dominion Voting Systems, nor had there been updates and “patches’’ in the operating system, something Cotton said would be expected even of a home computer.

“What that creates is a tremendous vulnerability to anyone who could get access through a system,’’ he said, especially if the computer server handling voter registration had access into the county’s internal systems.

But county election officials said they cannot update systems through security patches, saying that would be altering a system that had been certified.

“Contrary to Mr. Cotton’s insinuation, the county maintains an air-gapped system and tabulation equipment is not connected to the internet,’’ they said.

That, in turn, goes to what has been a bone of contention between the Senate and the county: the refusal to provide access to the internal routers. These are the devices that direct computer traffic. And Cotton said that could help identify who might have breached the system, something he said that could take less than 10 minutes.

County officials have balked, saying the information on the router might compromise law enforcement, including identifying informants. But Cotton said that is at odds with the county’s own assurances that its election equipment operated on a closed system that did not have access to the internet. And that, he said, means it could not have comingled data with the sheriff’s department.

“The fact that they have responded back to an official subpoena with the justification that to produce that data would compromise these other aspect of the Maricopa County network that does touch the internet is an admission that maybe things aren’t like what they’ve told the American public,’’ he said.