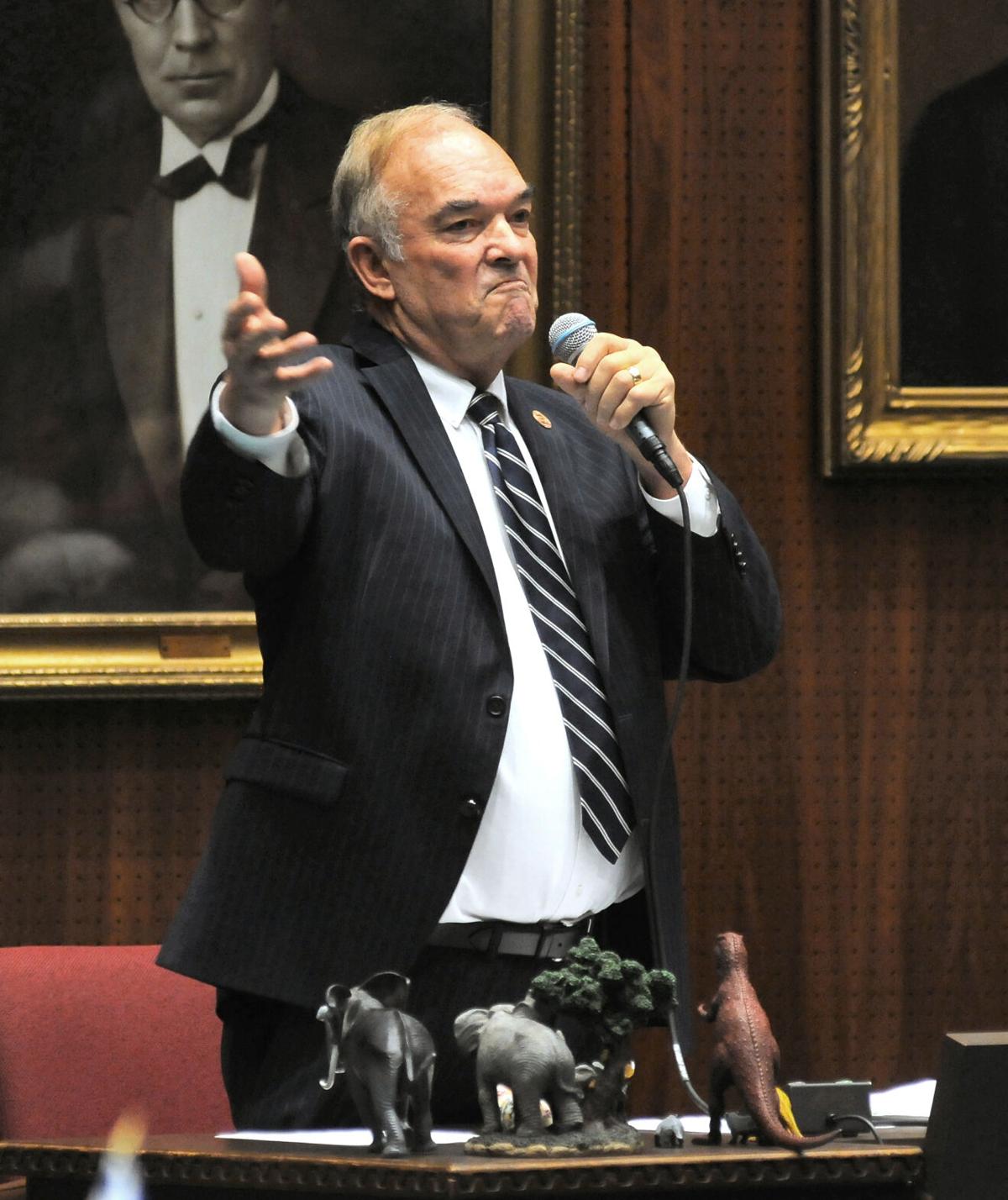 Don Shooter during the 2018 vote to oust him from the House. 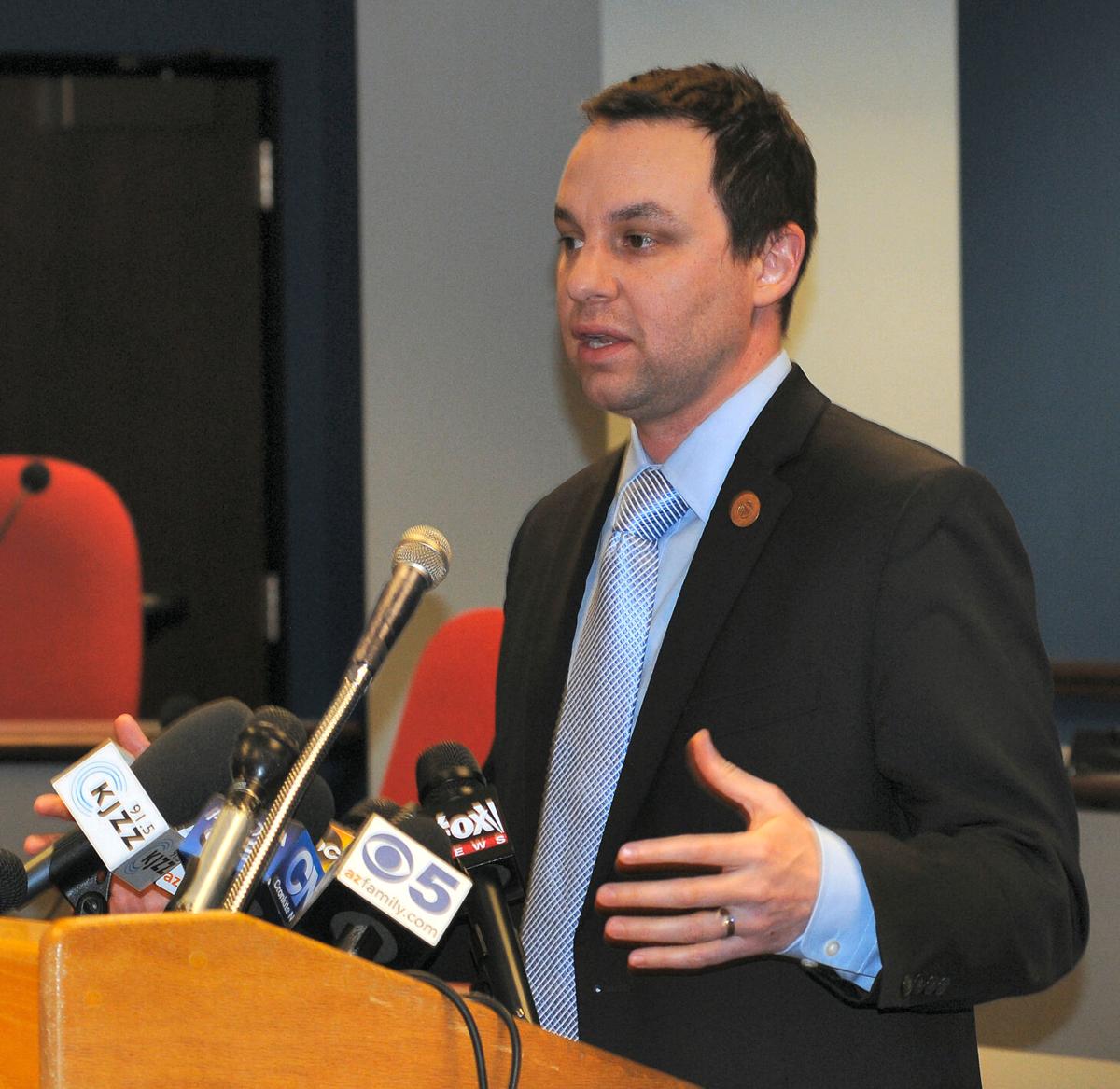 J.D. Mesnard in 2018 when he was speaker of the Arizona House

Don Shooter during the 2018 vote to oust him from the House.

J.D. Mesnard in 2018 when he was speaker of the Arizona House

PHOENIX — A former House speaker wants the state’s high court to rule that the concept of legislative immunity is so broad that he cannot be sued for defamation by ousted Rep. Don Shooter.

J.D. Mesnard, now a state senator, claims that he is absolutely protected from lawsuits over his decision to release an investigative report on Shooter, that concluded the Yuma Republican was guilty of sexual harassment of others, including lawmakers, lobbyists and even a newspaper publisher. That report became the basis for the 2018 House vote to expel Shooter.

Steve Tully, attorney for the Phoenix Republican, said the same is true of Mesnard’s decision to issue a press release explaining his actions.

But Mesnard so far has failed to convince either the trial judge or the state Court of Appeals that the allegations in Shooter’s complaint fit neatly within the areas of legal immunity. They have decided there should be further hearings to explore the issues.

That move not only could cost Mesnard money in legal fees and, potentially, a court verdict, but also publicly expose what Shooter contends are provisions of the original report he says Mesnard removed.

Mesnard wants the case tossed now. He is making a last-ditch effort to convince the Arizona Supreme Court to conclude that he has immunity and Shooter’s claims should be dismissed.

What the high court decides could affect more than this case. It could set the standards for the circumstances when lawmakers can — and cannot — use their immunity to avoid being sued.

Mesnard’s petition to the state’s high court is the latest action in a series of events that started with the vote by the House to oust Shooter and continue in a series of legal actions. That includes a still-pending federal court lawsuit over whether lawmakers are entitled to certain procedural due process protections before they can be ousted.

This case, however, focuses on narrower questions.

It starts with the report the House commissioned to investigate allegations of sexual harassment.

Attorneys for Shooter contend that the report presented to lawmakers — the one that resulted in the vote to expel him — was “materially altered’’ from what the outside investigators originally produced.

Among the items missing from the final report, the lawsuit says, is evidence that then-Rep. Michelle Ugenti-Rita, who had been one of Shooter’s accusers, had herself sexually harassed a female former legislative staffer. That information, Shooter contends, could have undermined Ugenti-Rita’s credibility.

Shooter also claims the press release issued by Mesnard about the report contained “false and misleading statements.’’ That, Shooter said, was defamatory because it made him appear to be untruthful.

If Mesnard gets his way and the Supreme Court decides he’s immune from being sued, all that will be legally irrelevant.

Tully, a former lawmaker himself, conceded there is no specific provision in the Arizona Constitution granting broad immunity to state legislators. What there is, however, is a section saying that lawmakers are not liable in any civil or criminal prosecution”for words spoken in debate.’’

Tully told the Supreme Court the question that needs to be resolved is whether a lawmaker’s actions “fall within the sphere of legitimate legislative activity.’’ If they do, he said, the “speech and debate clause’’ of the Arizona Constitution prohibits them from even being questioned about them, much less sued.

He argues that covers not just pure speech during legislative sessions. Tully said that includes legislators “performing a legislative function.’’

In this case, he said, the investigation was conducted and the report was prepared as part of the constitutional power of the House to investigate claims against its own members.

“The report was an integral part of the work of the investigation and well within the legislative sphere,’’ Tully told the justices. “It is no more subject to a claim of defamation than any other report or transcript of proceedings created by the legislature.’’

Tully denies that Mesnard altered the report himself or directed investigators to make changes.

The press release presents different issues. But Tully said this, too, is protected because it “occurred during a legislative session and concerned legislative matters.

“It was issued from the speaker’s office on government letterhead,’’ he argued.

He said that in a representative democracy constituents are entitled to know the reason a legislator took certain actions.

“In this case the press release was within the outer perimeter of Mesnard’s line of duty,’’ Tully said. “As such, Mesnard is entitled to legislative immunity for the contents of the press release.’’

The justices have not said when they will consider the issue.