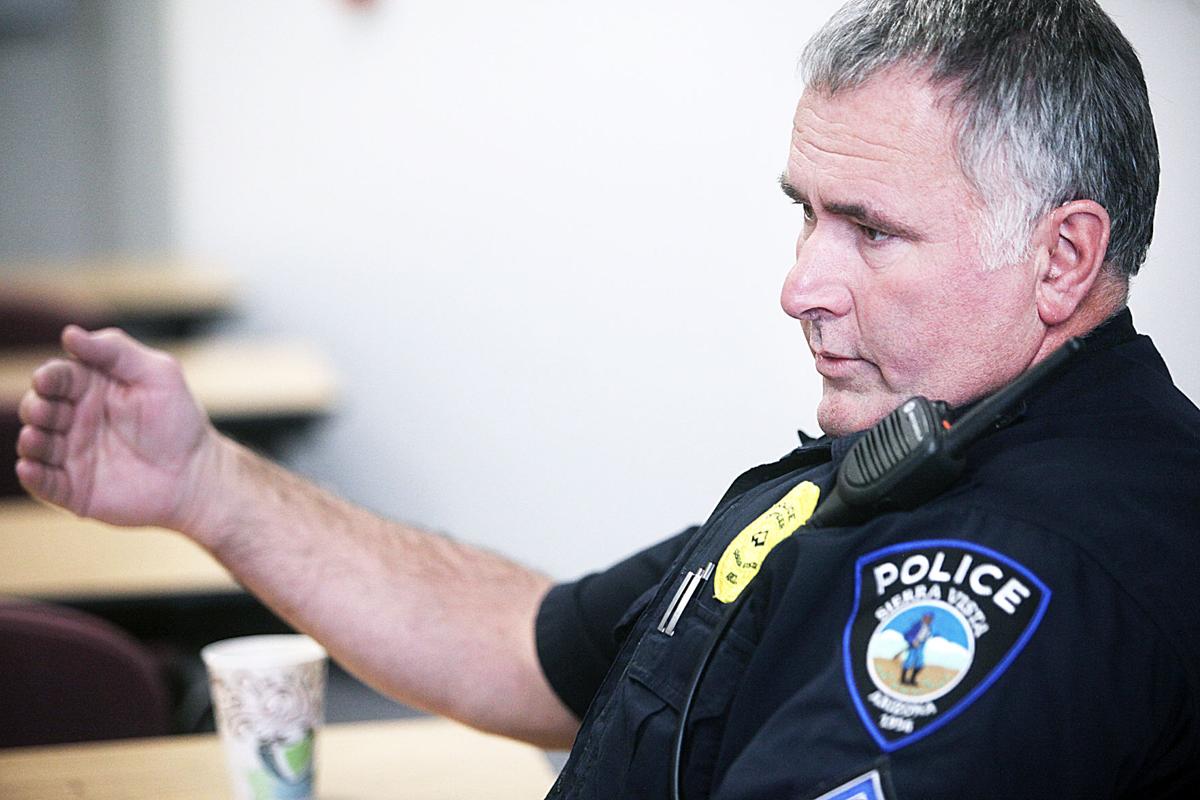 Sierra Vista Police Department Corporal Bill Heiple talks about his life prior to becoming an officer. 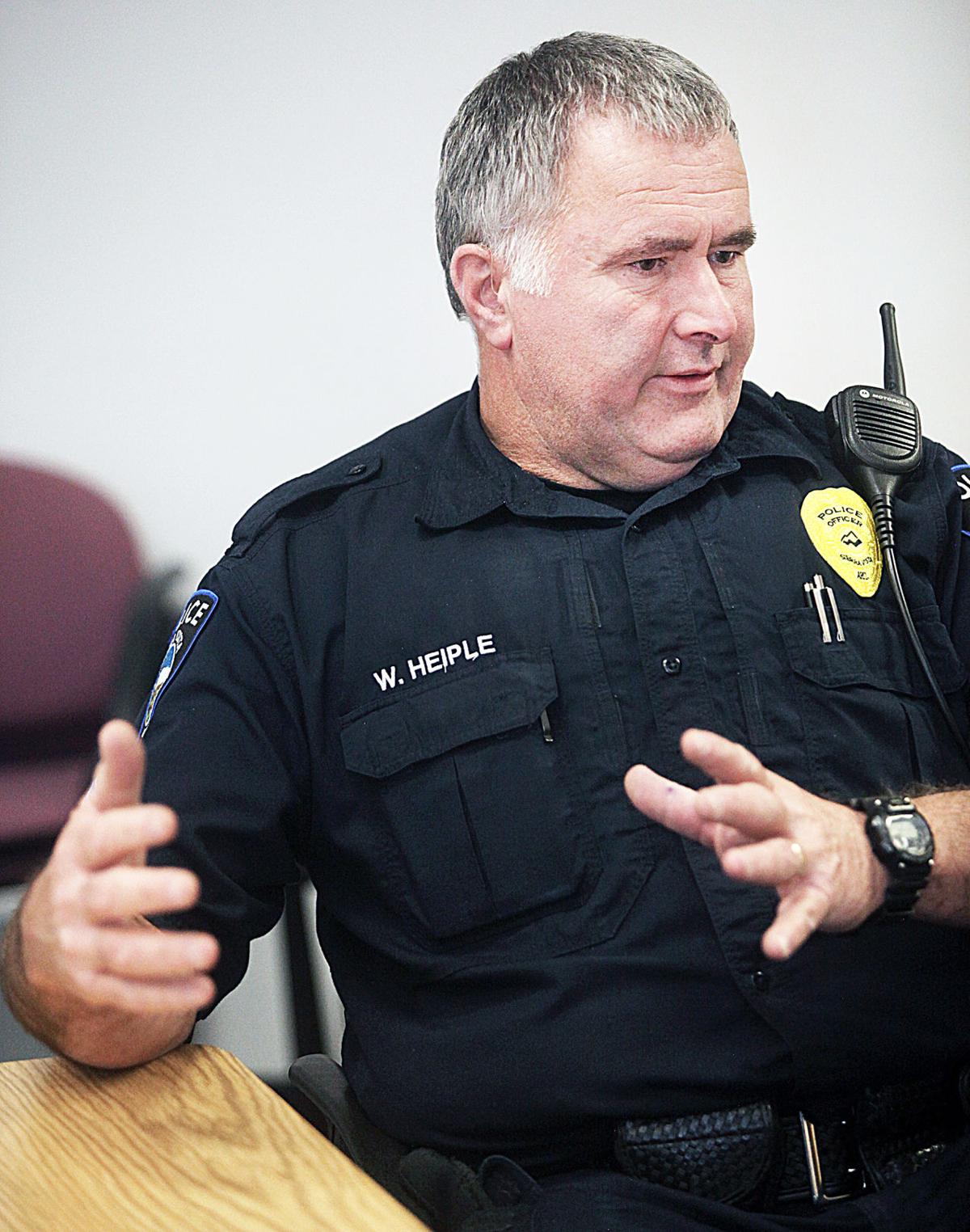 Corporal Bill Heiple has been with the Sierra Vista Police Department since 2008.

Sierra Vista Police Department Corporal Bill Heiple talks about his life prior to becoming an officer.

Corporal Bill Heiple has been with the Sierra Vista Police Department since 2008.

SIERRA VISTA — He came from an abusive background that took him from foster home to foster home for the first five years of his life. Police officers were at his residence often, trying to sort things out for him and his older siblings. That’s when Sierra Vista Police Corporal Bill Heiple learned that there was compassion in the world and it came from cops. Decades later, he joined the force at age 41.

The 52-year-old Heiple sat down with the Herald/Review and explained how the trajectory of his sometimes tumultuous world led him to the Sierra Vista Police Department.

Herald/Review: Why did you become a police officer?

Bill Heiple: My siblings and I came from an abusive family, so we had a rough upbringing when we were very young. We interacted with the police and eventually the social workers. I always knew from that point on that my dream was to be a police officer.

HR: Where were you born and raised?

HR: Your dream was to become a police officer, but you did not become one right way. Why not?

BH: For me as I got older I liked the idea of going into the military and serving my country. There were a couple of people in the community who were older who had gone into the military and I looked at them as role models. So I thought I’m gonna go into the military, do 20 years and retire. But I did 10 years in the Air Force. At that time I thought “This is great I can transition.” My wife and I knew this (Sierra Vista) is where we wanted to live. I came in to apply to be a police officer, but I didn’t meet the minimum requirements, the educational part of it. That took me on a different path. At that time I was 28.

HR: If you didn’t meet the educational requirements, what did you do at that point?

HR: How long have you been in Sierra Vista?

HR: When did you join the police department?

BH: October 2008. When we moved here I was still working on my graduate degree. Once I got done with that, I worked at Southwest Home and Hearth here in town. In 2008 when I turned 41, my wife and I had been talking about it. I told her if I don’t do it now, I’ll never do it. I still really had that yearning to do it, to be a police officer. I came in and talked to the recruiter at the time and she did a great job at helping me sign up.

HR: Certainly as a police officer you run into situations similar to the one that you and your siblings grew up in. Talk about what you do when you have to respond to a house where there are issues with the family?

BH: For me it’s important to try and build a rapport with the children and try to listen to them and find out what’s going on. It;ls difficult because sometimes you’ve arrested their parents, you’ve taken their parents out of the home. But I always try to go back and let them know that if they need anything we’re there for them.

HR: When you finally joined the Sierra Vista Police Department, you were the oldest in your class at the police academy. What was that like?

BH: In the beginning it was almost a little daunting. You look around and everybody you see is 23 to 28. A couple of people were right at 30 and another officer from here was like 32. But I was determined and I knew that the drive and determination to succeed was there. I went through a lot of Motrin to get through the pains and stuff and it was worth it in the end. I actually ended up finishing within the top five in the class.

HR: What advice do you have for someone who might be a little older and wants to become a police officer?

BH: If this is what you want to do, just put your mind to it and you’ll do fine. It’s a great job. I like to think that because I was a little bit older, I have a little bit different perspective, a little more life experience. I think that helps me with the calls I go to. I learned at a very early age that you can’t take anything personal.