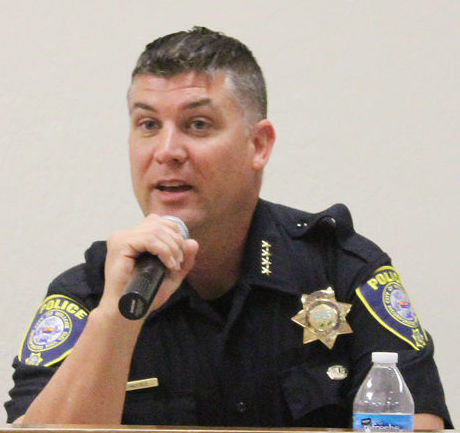 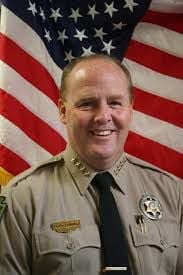 There are groups of people in the U.S. who believe police brutality and racial inequalities in policing would simply go away if law enforcement agencies had their funding withdrawn.

Willcox Department of Public Safety Director Dale Hadfield said defunding the police completely could be disastrous because of the inner workings of the departments.

If the funding was not eliminated altogether but simply cut, Hadfield said jobs would be the first thing eliminated, causing police officers to leave a profession they love.

If police departments are defunded it would become a terrorist’s dream because the police are the immediate reaction force when an incident takes place, he said.

“Willcox is under 24-hour police coverage. We might end up with 12-hour coverage or 16-hour coverage,” said Hadfield.

Hadfield said he would never let the community of Willcox go without constant police patrol. However, if a hole in coverage were to happen, the community would have to wait on a call for assistance from the Cochise County Sheriff Office.

“Additionally, all of my officers are willing to lay down their life in the defense of a victim, bystander, or another officer. An officer may not go home, but they will do their best to make sure victims and bystanders do go home,” said Hadfield.

Kathy Hernandez was shopping in the Willcox Safeway when she was asked about her views on defunding the police. A resident of Willcox, Hernandez said she would never want any funds taken from the local police department.

“I support them, we need them. They don’t get paid enough and they work very hard for us,” said Hernandez. “I am totally supportive of the police.”

“Rural funding is very delicate already due to the fact that we don’t have enough. We run skeleton efforts in most rural areas, which means I’m understaffed. Eighty-one percent of my budget is personnel alone, which means any cut to my budget (will result in my) laying off an already skeleton staff,” Dannels said.

Dannels said Cochise County is the 38th largest landmass county in the country. He said laying off staff would be dangerous because of the sheer milage between deputies and calls. Also, Dannels pointed out the Cochise County Sheriff Office is also responsible for the jail, which is understaffed.

“The recent budget that was just passed, I’m a half a million dollars over budget before we even start the fiscal year July 1. So I’m already looking to save half a million dollars somewhere in my budget with 81 percent personnel, nine percent fleet and 10 percent operations, that’s not a whole lot of money. And our training budget hasn’t increased in years,” said Dannels.

If the budget was cut more in the name of defunding the police, Dannels said the first to go would be mileage for his deputies, then training and overtime.

“There is no fat in the budget,” said Dannels.

Katarina Guitierrez is a Cochise County resident and was in the Willcox Dollar General picking up groceries when the question of defunding the police was posed. Guitierrez said taking funds away from them isn’t the answer. She thinks the local police and sheriff departments already struggle for funding.

“There are a lot of good cops, but there are some bad ones too. Just because a bad cop does something wrong, a lot of people think the rest of the cops are doing the same thing. But they’re not. There’s a lot of good cops around,” said Guitierrez.” I know a lot of people. I know some cops, and their friends are my friends. They’re having a hard time too. Just because they’re cops everybody thinks they’re doing whatever they want, but they’re not. There’s some of them, they do. But most of them, they don’t. They’re good cops. If you need any help, they’re right there.”

Willcox resident Phill Torres said he thinks some money should be allocated from the police to education and social work so the police can solely do police work.

“I think reclassifying the money to different areas that are needed the most instead,” said Torres. “We need to spend our money somewhere else. We don’t need to spend it there.”