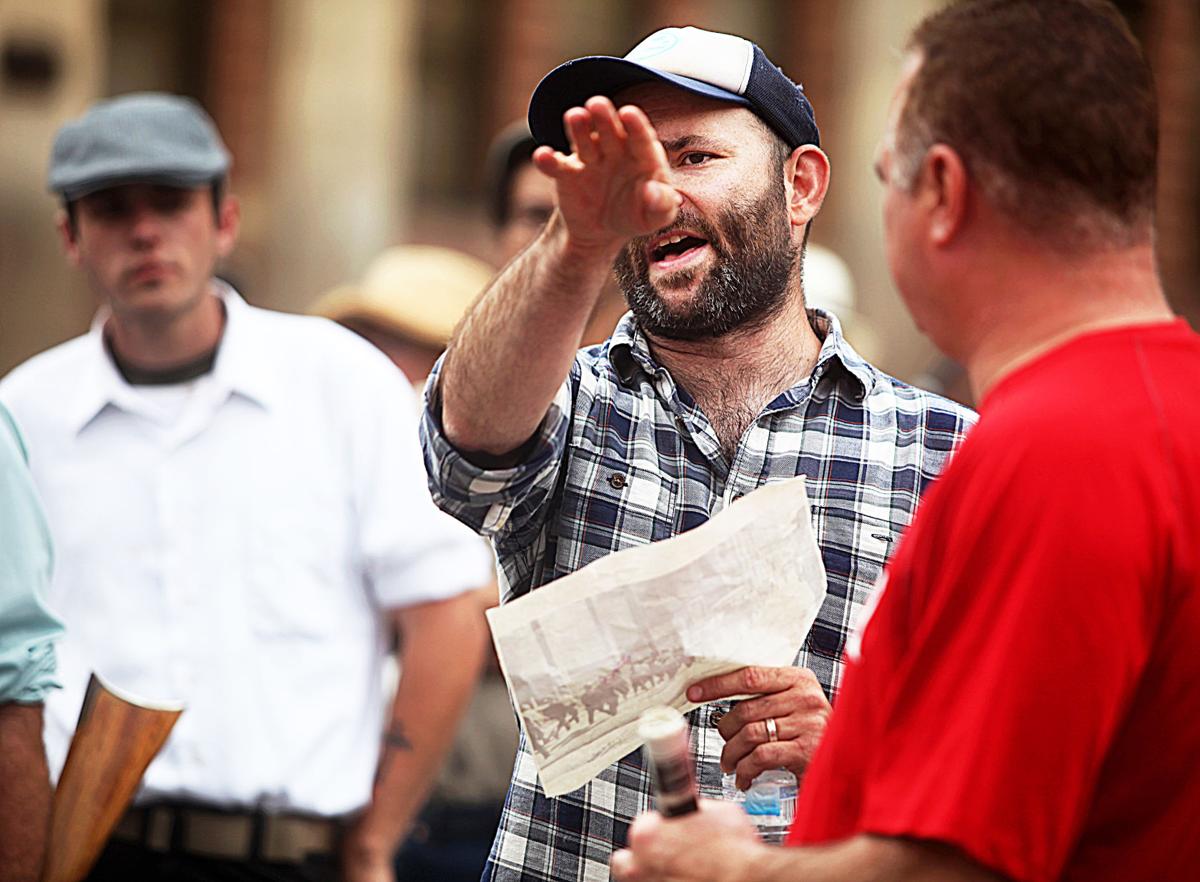 Director Robert Greene places actors as he works on Main Street in the filming of the Bisbee Deportation. 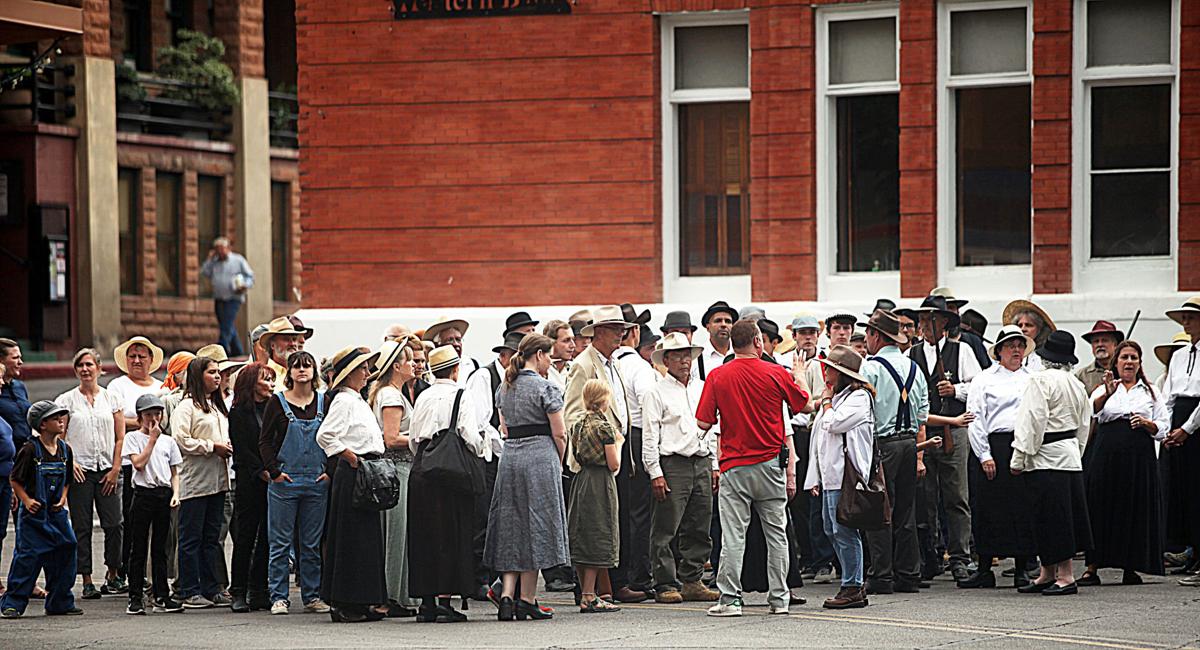 A large group of actors listen for their direction in the filming of the Bisbee Deportation. 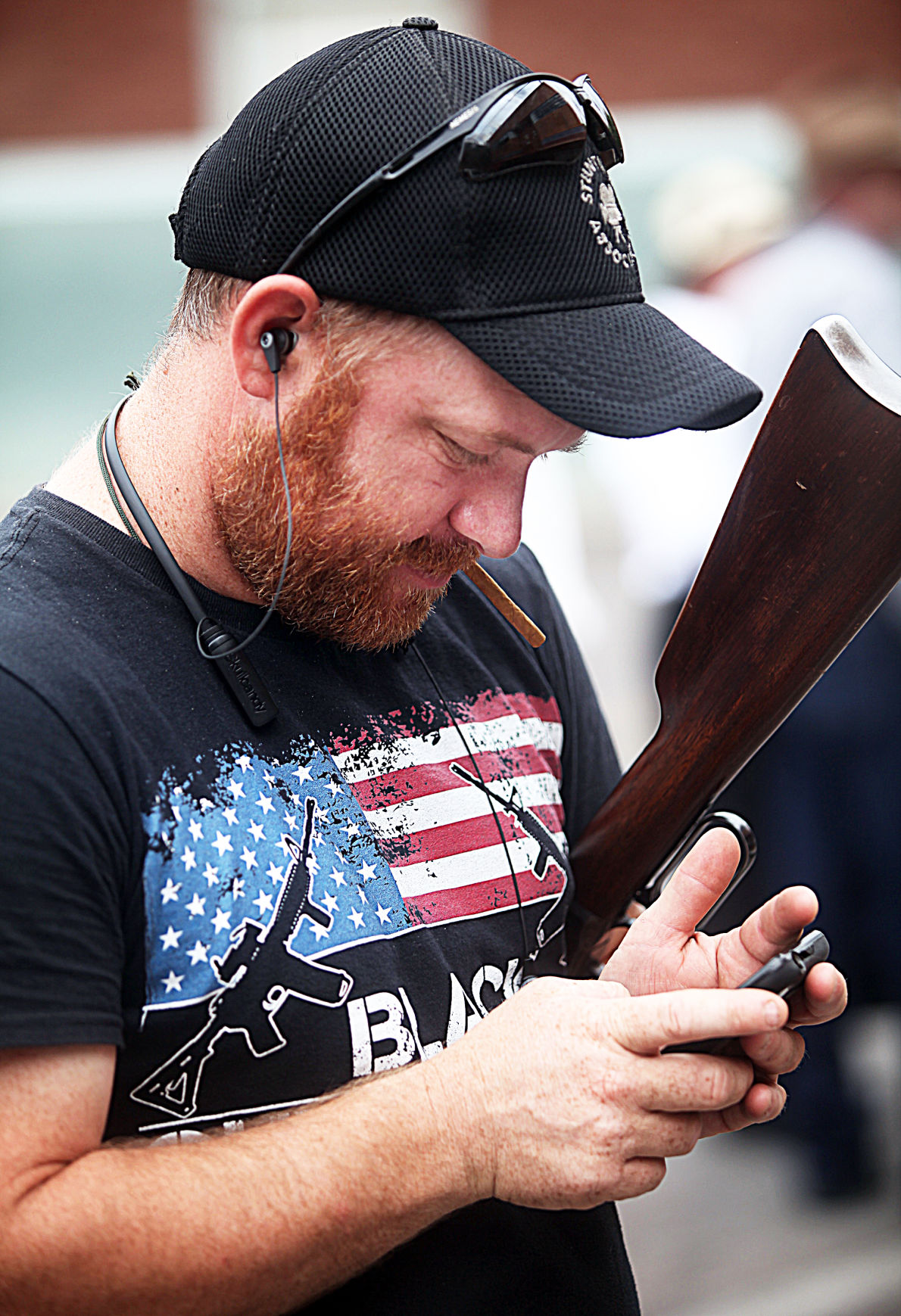 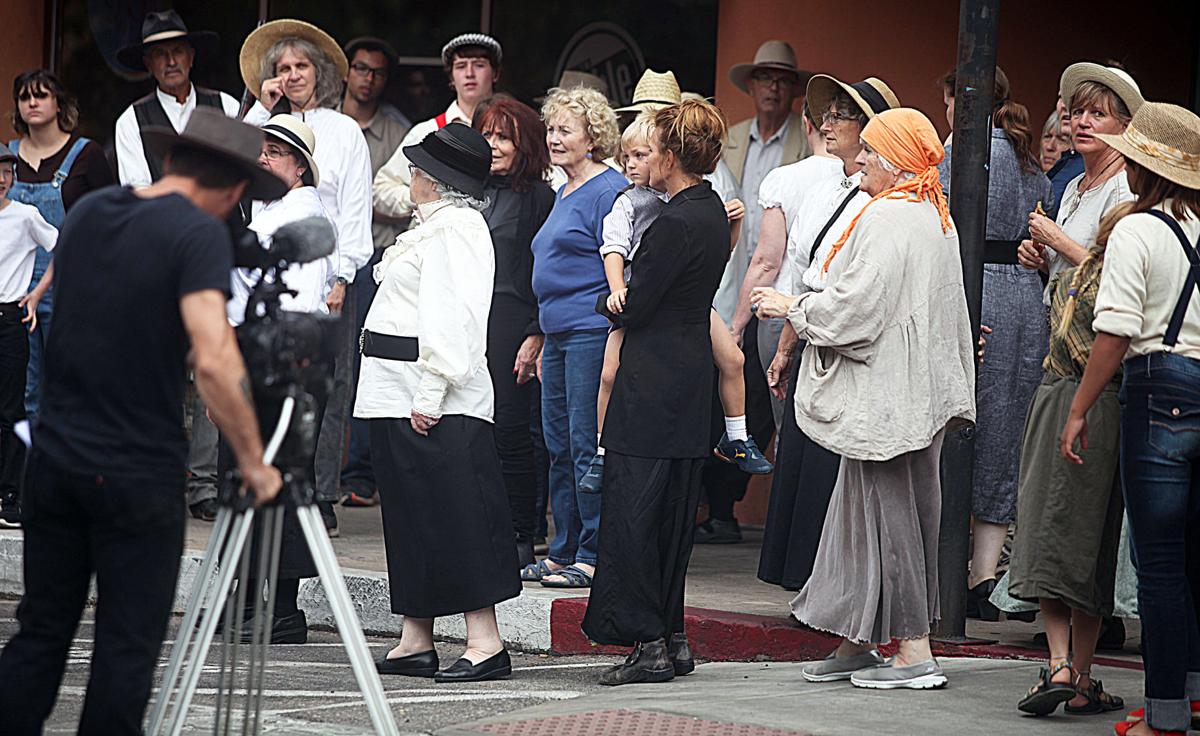 Director Robert Greene places actors as he works on Main Street in the filming of the Bisbee Deportation.

A large group of actors listen for their direction in the filming of the Bisbee Deportation.

PARK CITY, Utah — Bisbee and one of the most significant events not only in Arizona’s labor history, but the country’s as well, will premiere on the big screen at Sundance Film Festival in Park City and Salt Lake City, Utah.

After filming a recreation of the historic Bisbee Deportation and interviewing a number of local residents, this weekend, all of that hard work will be showcased in the form of the film “Bisbee ‘17.” Filming took place last July during the 1ooth anniversary of the pivotal event when 1,200 immigrant miners were deported.

Directed and written by Robert Greene, and produced by Douglas Tirola, Susan Bedusa and Bennett Elliot, “Bisbee ‘17” is up against 16 other American documentaries in the U.S. Documentary Competition category that, according to Sundance, “illuminate the ideas, people and events that shape the present day.”

“When we started the film, we certainly didn’t expect Donald Trump to be president. No one expected Trump to win, but we knew the story was still resonant. Obviously, with what’s happened since, it’s become terribly resonant,” Greene said, noting that the current state of affairs aside, the story still needed to be told. “In my mind, the old idea that if we don’t learn from the past; this country is obsessed with not learning from the past. It’s like a sport of not learning lessons.”

The story of the Bisbee Deportation was one Greene heard about before even tackling his first feature film. “Bisbee ‘17” is his sixth.

“My mother-in-law bought a house in 2003 up on Tombstone Canyon and we started going there then and I just fell in love with the town. I became completely enamored of the place like a lot of people do,” he said. “I always wanted to be the person to tell the story of the deportation.”

Fast-forward 14 years, the filmmaker — who teaches at the Jonathan B. Murray Center for Documentary Journalism at the University of Missouri’s School of Journalism — is collaborating with locals to stage the controversial past. Among those cast members are: Fernando Serrano, Laurie McKenna, Ray Family, Mike Anderson, Graeme Family, Richard Hodges.

“I am very excited to be a part of the movie ‘Bisbee ‘17,’” McKenna said, noting that Greene and 4th Row Films began documenting her project, "The Undesirables," in her studio starting in January 2017. “It was  amazing to work in tandem on our creative interpretation of the Bisbee deportation. Robert helped make my work stronger and I was able to contribute to his work by playing two characters in the historic recreation footage. His empathy, intellect and vision pulled so many people together. I believe his work has had an indelible positive impact on Bisbee residents and our relationship to the deportation.”

Both McKenna and Anderson said they were headed out to Utah to see the premiere.

For Anderson, a Bisbee historian and author of “Warren Ballpark,” the celebrity element of the festival was not of interest, but rather the accuracy of the history being portrayed.

“We’ll see how Robert interpreted (the Bisbee Deportation) and help us understand what happened,” he said. “We’re hoping the movie portrays a more accurate depiction of what happened at the time. Truth is a good thing, even if it’s ugly, and hopefully, to avoid repetition of that ugliness. That’s what I would like to see from all of this.”

Though he served as a juror at last year’s festival and has a previous writing win under his belt, the excitement of Sundance isn’t lost on Greene.

“When you’re a kid and you want to make films, you learn of the Sundance Film Festival because of other independent filmmakers, but I could never imagine that this could be a thing happening more than once. It’s the best place in America to launch a documentary,” he said. “We wanted to make the great Bisbee film, the deportation happens to be part of the methodology and the sadness of the place. It’s such a terrible story. I’m lucky enough to be the person to direct the Bisbee film and that means a lot to me.”

“The work of independent storytellers can challenge and possibly change culture, illuminating our world’s imperfections and possibilities,” Robert Redford, president and founder of Sundance Institute, said in a statement. “This year’s festival is full of artfully-told stories that provoke thought, drive empathy and allow the audience to connect, in deeply personal ways, to the universal human experience.”