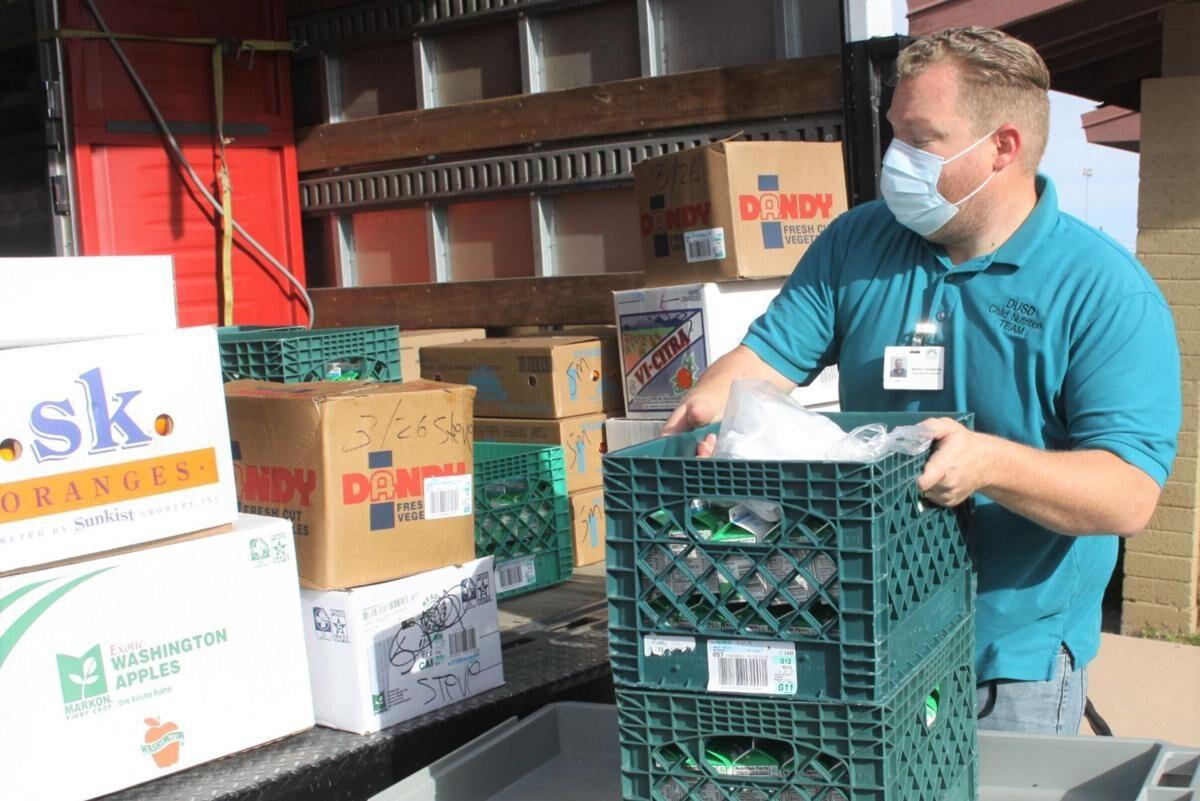 Mark Cudaback of the DUSD Nutrition Department loads some food onto one of the food trucks that will head out to the various schools around Douglas. 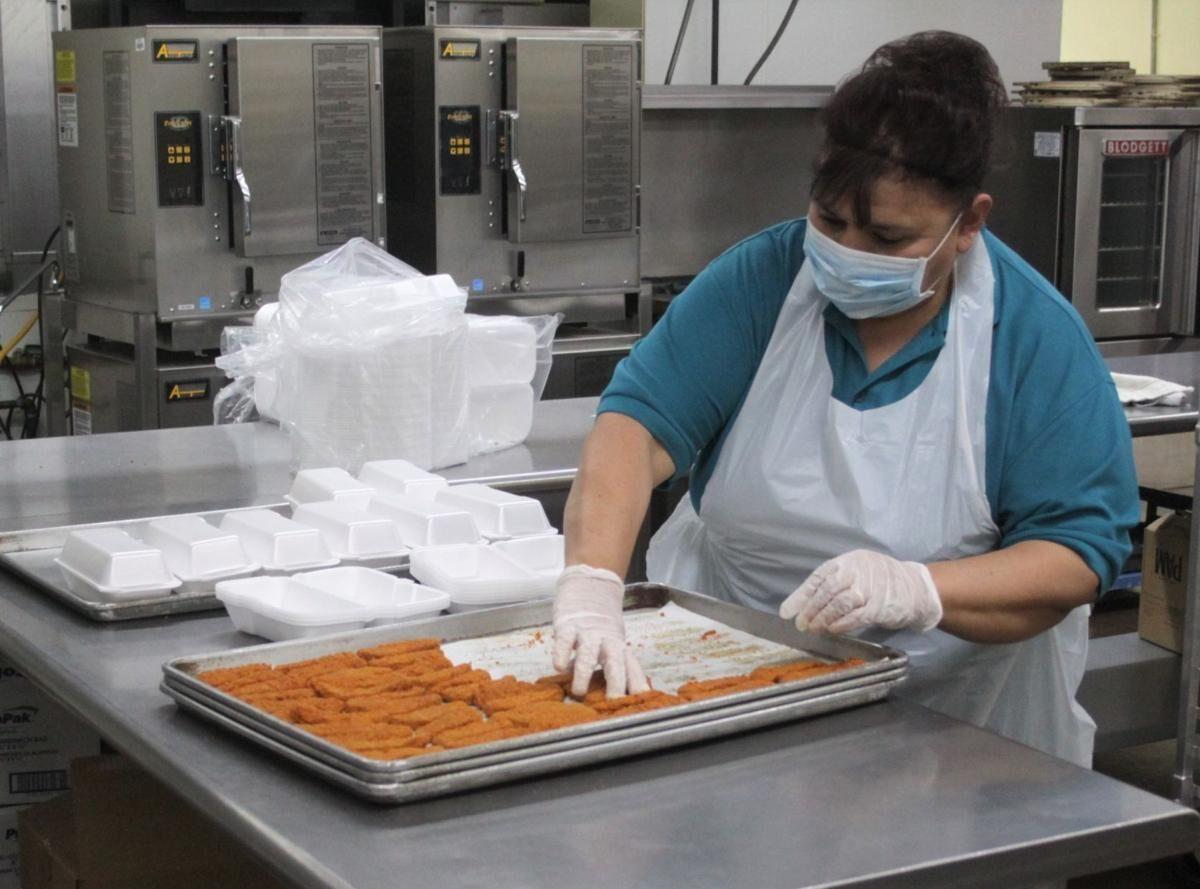 Guadalupe Ochoa places some chicken tenders into their trays prior to them being distributed to students in the Douglas area. 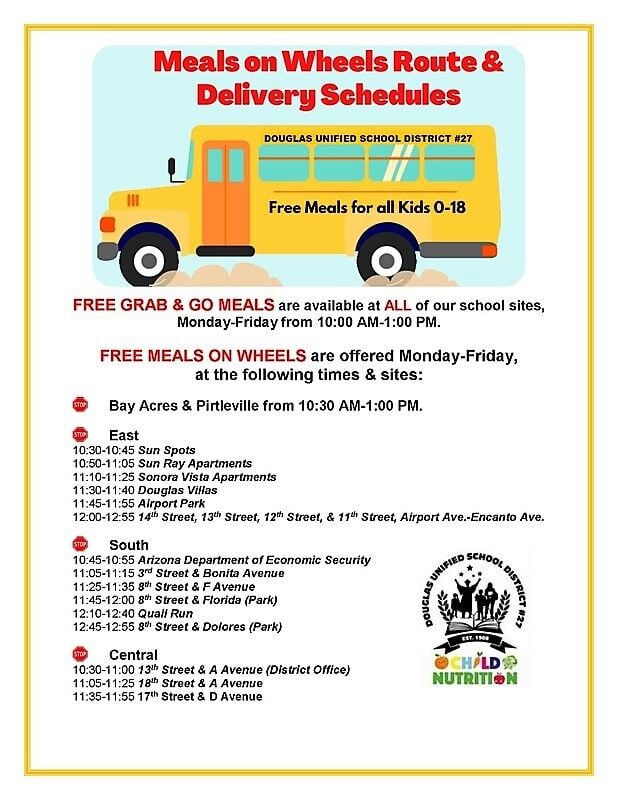 Mark Cudaback of the DUSD Nutrition Department loads some food onto one of the food trucks that will head out to the various schools around Douglas.

Guadalupe Ochoa places some chicken tenders into their trays prior to them being distributed to students in the Douglas area.

DOUGLAS — Five part-time employees with the Douglas Unified School District’s Food Service Department were furloughed recently, while 26 others had their hours reduced as a result of lost revenue due to the COVID-19 pandemic.

The Douglas School Board reluctantly approved the furloughs and reduction in hours at its Feb. 2 board meeting.

“Historically, the (DUSD) Food Service Department has been a self-sufficient department until the 2021 school year,” Cesar Soto, DUSD’s Chief Financial Officer advised the board at the meeting. “The department depends on the monthly meal claims for its revenue as it is a federally funded program under USDA.”

“Due to the COVID-19 pandemic, (the) DUSD Food Service Department was forced to shut down operations for almost four weeks during two separate times causing an expenditure of $115,000, mainly salary and benefits. The loss of revenue, while still paying the full salaries of our employees, has caused a shortfall of $129,000 as of January 2021. This is a federally funded program. Each month we report the number of meals we provide on a daily basis and then we get reimbursed on a rate depending on if it was a breakfast or a lunch.”

‘We have yet to be reimbursed for January so we are not quite sure how much we will receive,” he said.

According to Fernando Pineda, DUSD’s director of food services, the daily average count for January was 2,400 meals, which included both breakfast and lunch.

Due to budgetary constraints, five part-time employees were recommended for termination.

The 26 employees who were not furloughed had their daily work hours reduced anywhere from a half hour to one full hour each day.

“We used the number of hours they worked each day to determine which staff would be furloughed and which ones would have a reduction in hours,” Soto said.

“This was a very difficult decision to make, but under the circumstances we couldn’t continue operating the same,” said Ana Samaniego, DUSD superintendent. “We hope things look brighter for next school year and those employees will have the first opportunity for employment. Food service for now will continue to operate at all schools and Meals on Wheels will also continue. There will be no change in the serving of meals.”

Pineda added that all eight schools in the district are open from 10 a.m. to 1 p.m. for its Grab n’ Go service.

“We also have five (different) bus routes around Douglas as an alternative meal service.” he said.

Pineda will rearrange staff schedules to make sure the work continues and no disruptions in food service happens. He said he is confident that the department can continue to operate efficiently with the changes that are being made.