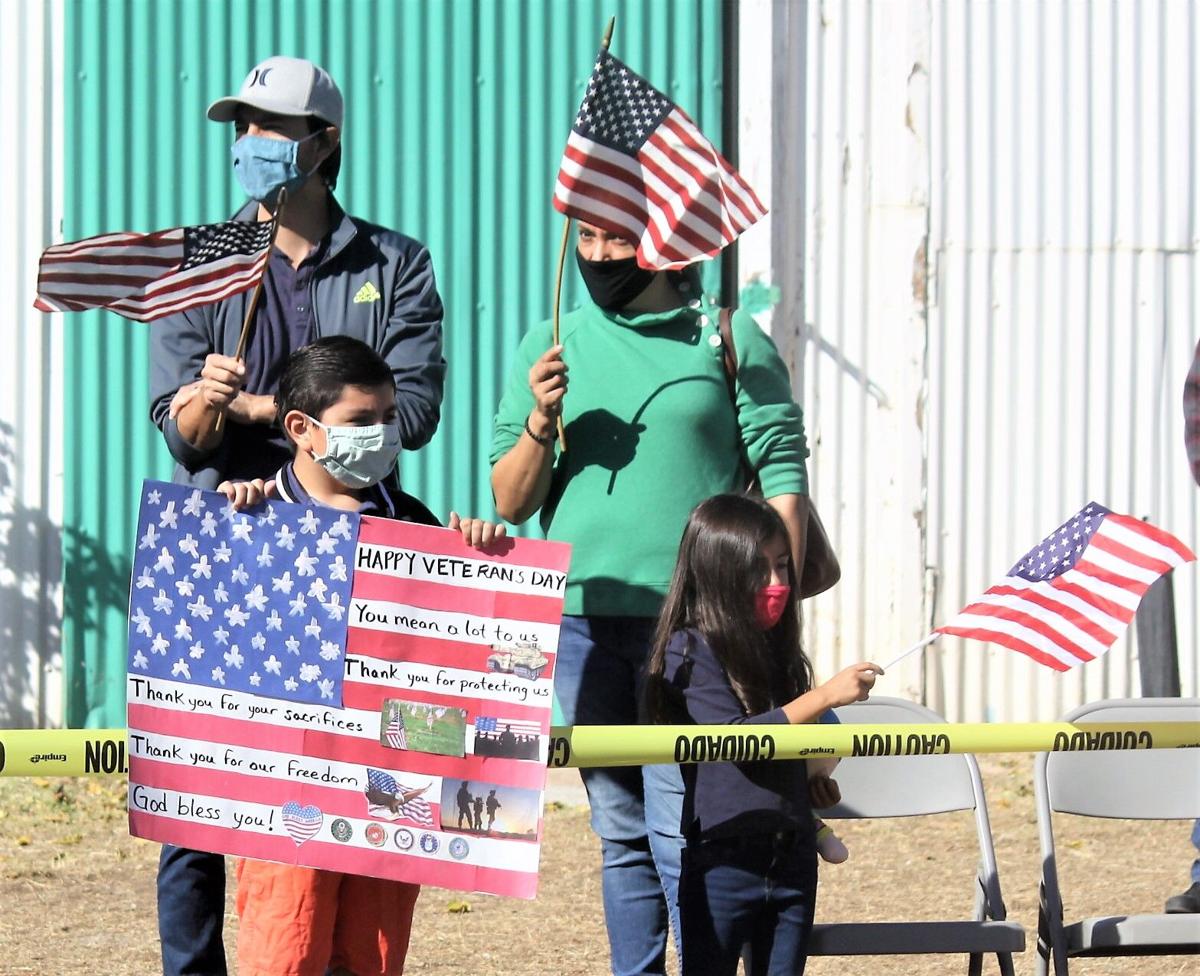 Luis and Rocio Pedroza, along with their children Luis and Sophia display their patriotism during the Veterans Day parade Nov. 11 at the Cochise County Fairgrounds. 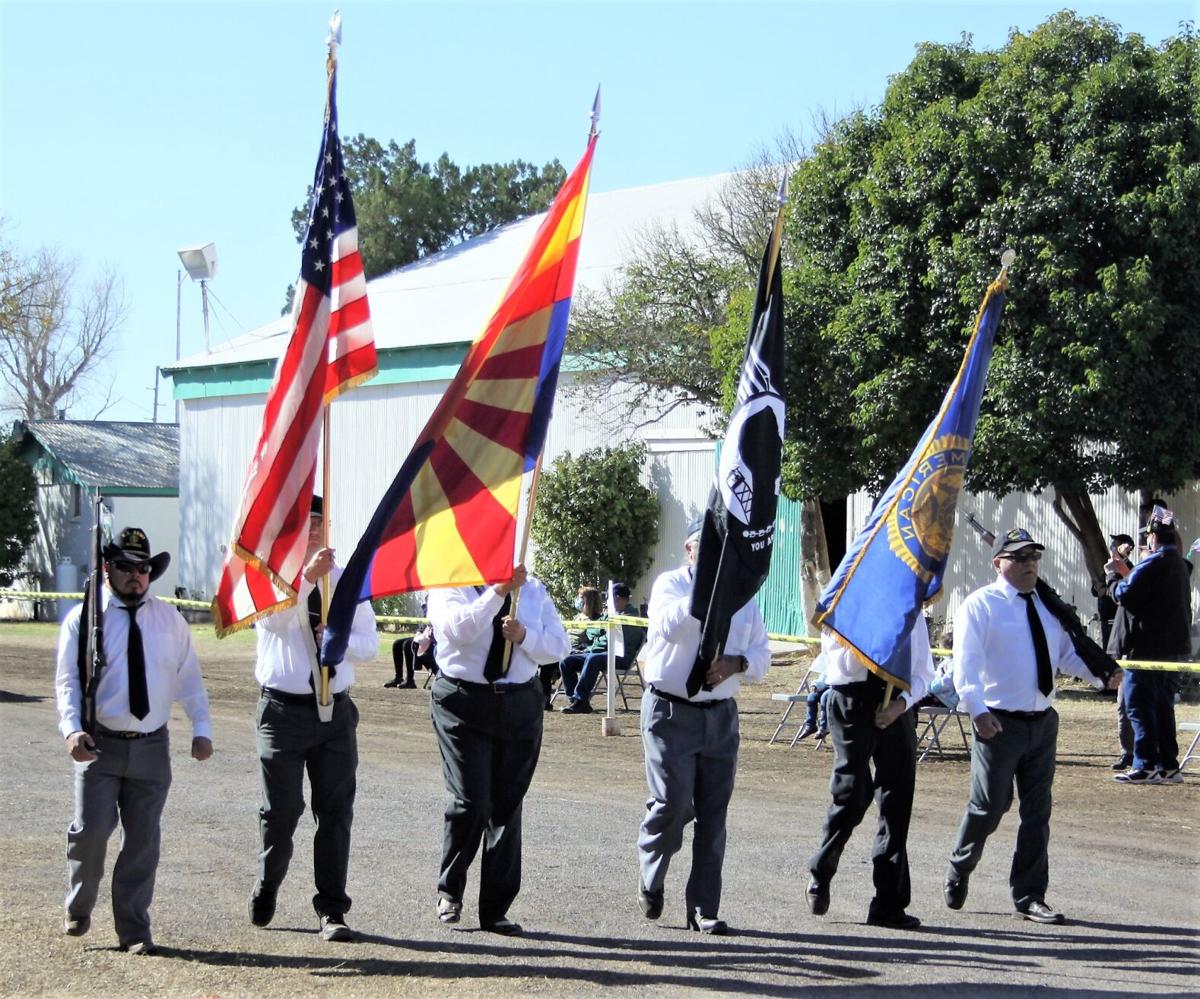 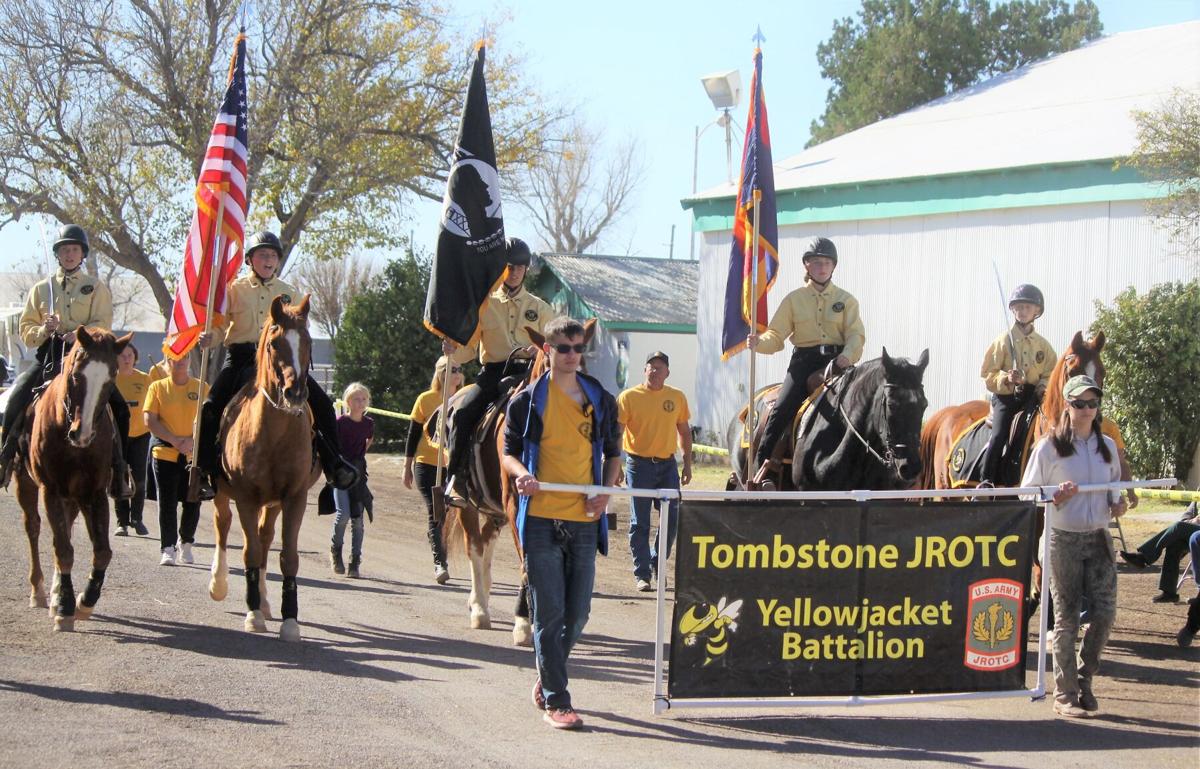 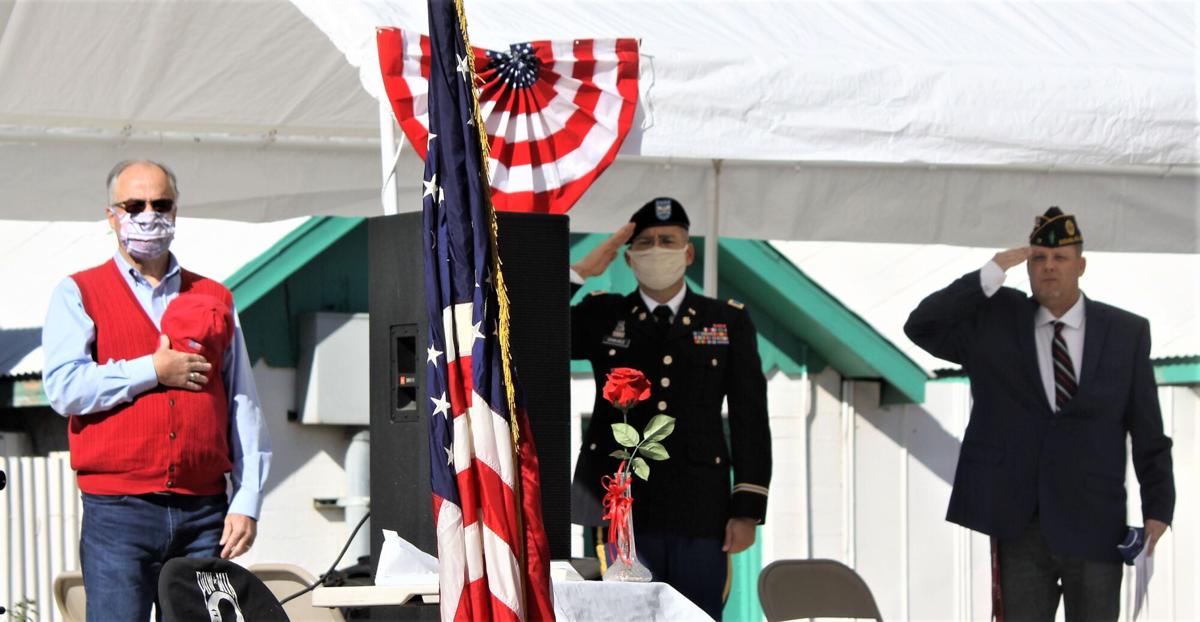 Luis and Rocio Pedroza, along with their children Luis and Sophia display their patriotism during the Veterans Day parade Nov. 11 at the Cochise County Fairgrounds.

DOUGLAS — Douglas honored its veterans with a Veterans Day ceremony Nov. 11 at the Cochise County Fairgrounds.

The ceremony, that was hosted by the Fred Hilburn American Legion Post #11, featured a 20 entry parade, car show, live music entertainment and a ceremony where Col. John A. Chavez, a 1991 Douglas High School graduate, was the keynote speaker.

“I ended up in the Army on a dare. I didn’t know what to do with myself in the summer of 1994. I was working as a busboy at a local Flagstaff restaurant when a college buddy, who was in Army ROTC at the time, bet me a case of Keystone Light beer that I couldn’t complete the Army ROTC basic course. I took the bet … and trained for eight weeks. Upon accomplishing the training I was awarded a two-year scholarship to NAU. I took that scholarship money. Then I headed to my dormitory and I picked up my case of beer.”

Chavez graduated with a Bachelor’s Degree in art education in 1997 and was commissioned a second lieutenant in the United States Army.

“As we gather to honor the brave men and women who have served and still do I’m in constant awe of the courage of the people who take on the voluntary commitment of such magnitude to serve their country,” he said.

“It is because of them I find myself in a state of admiration and eternal gratitude. I stand before you today wearing this uniform as my outward reflection of pride in our country. I wear this uniform to honor my family and veterans that the military creates daily. Our veterans are not only in my memory and my heart, they are my motivation and passion for the Army.”

Chavez asked all veterans at the event to stand and be recognized and be thanked for their selfless service and commitment.

Douglas Mayor Donald Huish delivered a proclamation to the veterans on behalf of a Purple Heart City.

“It is indeed an honor to be able to stand in front of many of you that have served our country,” he said. “We thank you from the bottom of our hearts for your service, your encouragement and for your love of this beautiful country that we live in.”

“They serve to make life better for others,” he said in his remarks. “They preserve our freedom. Not all veterans get deployed or see war but the common bond shared by all veterans is the oath they take expressing their willingness to die defending this great nation. We can live in peace and feel secure at home because we have brave men and women protecting us in the air, at sea, on land and beyond.”

“Those of us gathered here today have already indicated our support for the men and women that have served our country. Veterans Day is for all who serve and have served. Please all remember, freedom is not free.”