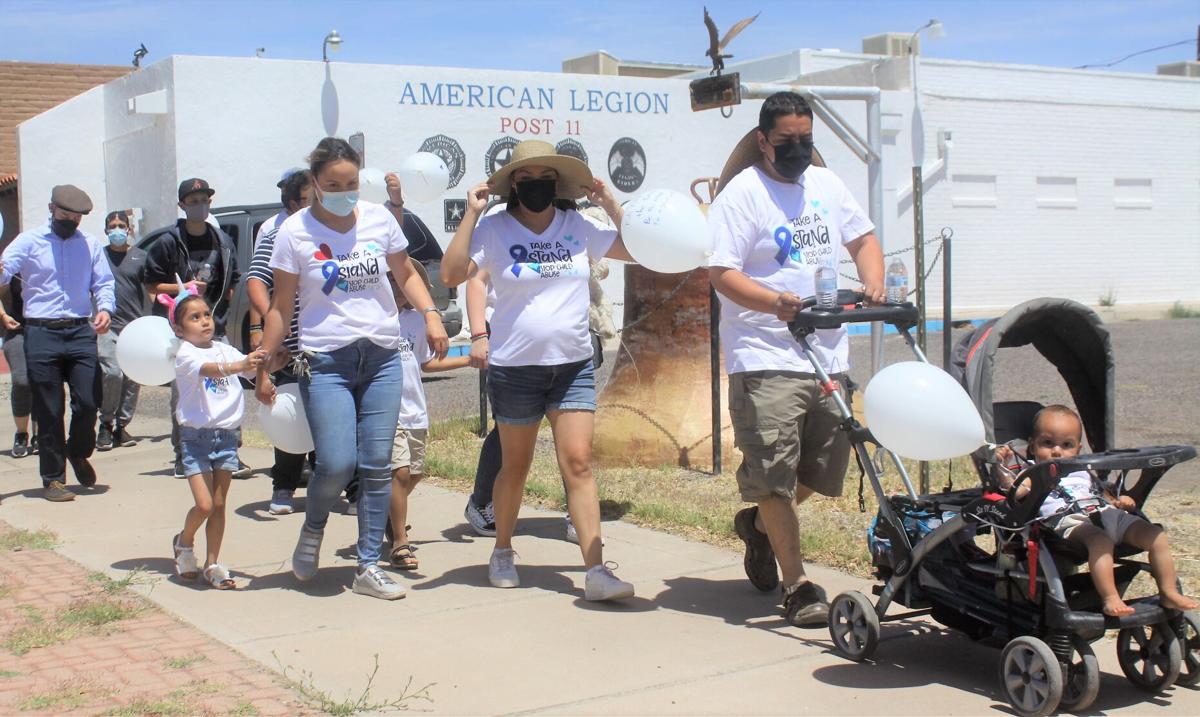 Crystal Montano and members of her family lead a group of Douglas residents down G Avenue Sunday during the Child Abuse Awareness Walk that ended at the 10th Street Park. 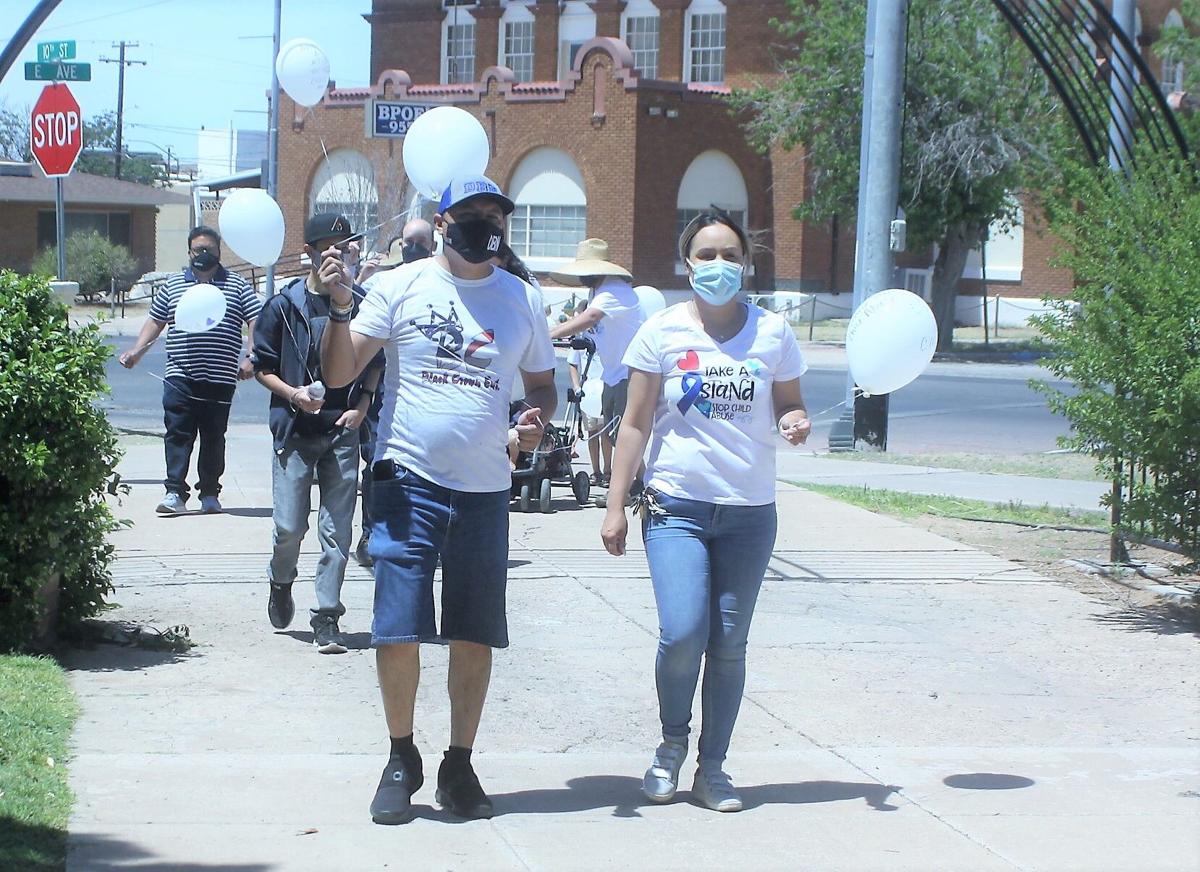 Ralph Robles of the Douglas Business Network and Crystal Montano lead the group of walkers. 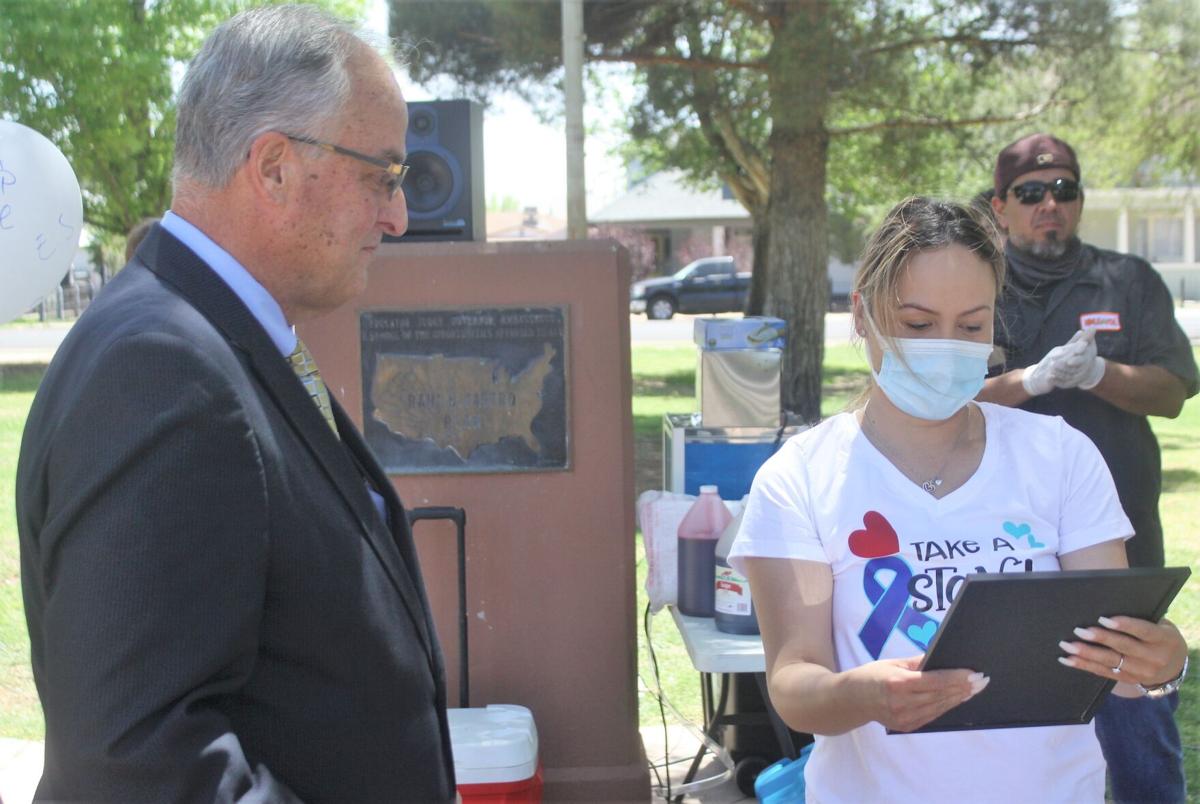 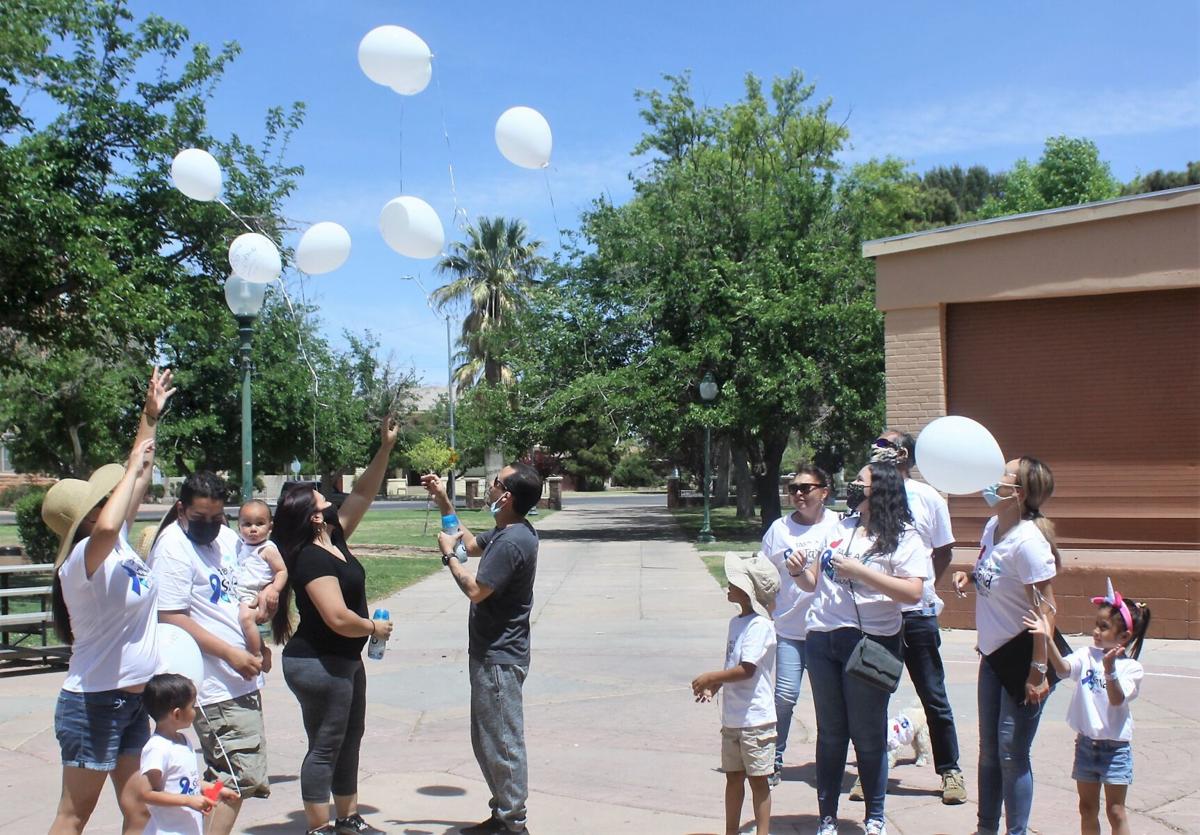 A balloon release took place Sunday remembering those who are or have been affected by child abuse. 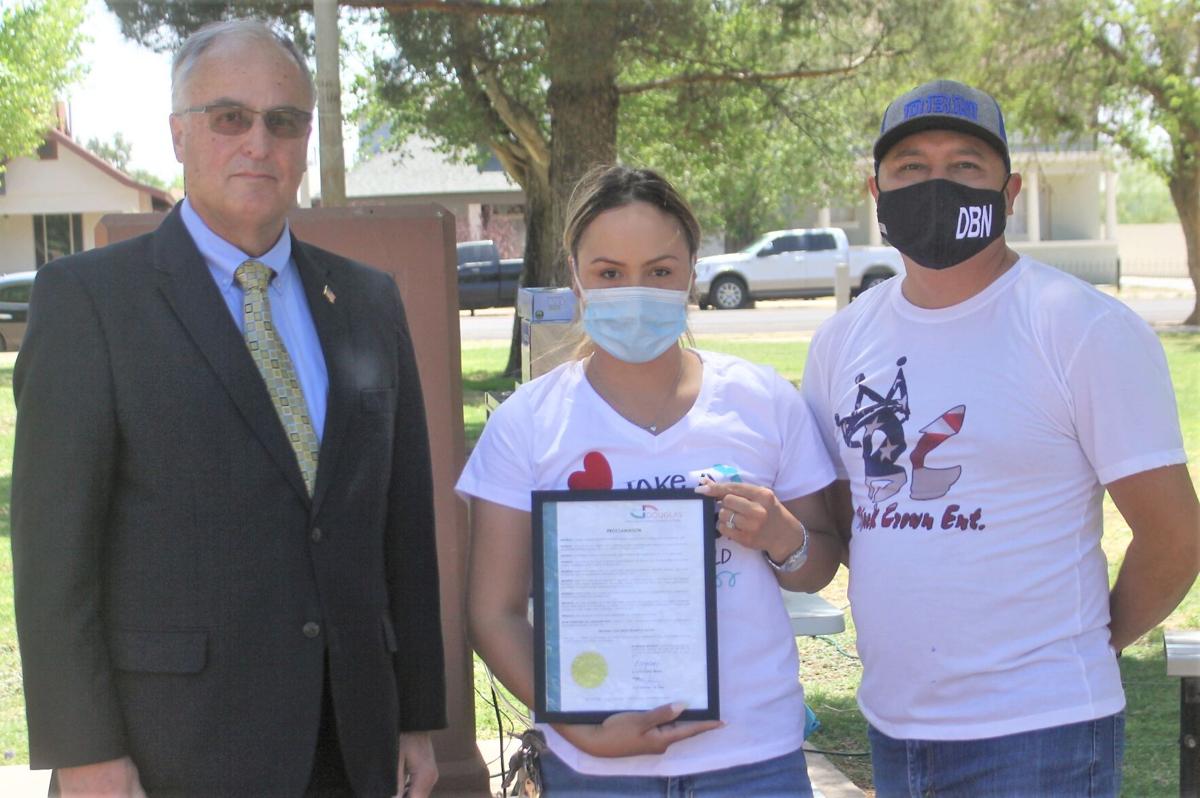 Crystal Montano and members of her family lead a group of Douglas residents down G Avenue Sunday during the Child Abuse Awareness Walk that ended at the 10th Street Park.

Ralph Robles of the Douglas Business Network and Crystal Montano lead the group of walkers.

A balloon release took place Sunday remembering those who are or have been affected by child abuse.

DOUGLAS — April has been designated Child Abuse Awareness Month. In an effort to bring awareness to child abuse, a Child Abuse Awareness Walk was held Sunday beginning at 14th Street and G Avenue and ending at the 10th Street Park where some speeches were made, a prayer was followed by a moment of silence and then a balloon release took place, all in remembrance of those currently or who have suffered from child abuse.

A small crowd of 20-25 people participated in the event organized by Crystal Montano and Ralph Robles of the Douglas Business Network. Montano recently began an online petition drive hoping to get Senate Bill 1251, which is connected to Erin’s Law, passed in the state legislature. It failed due to lack of funding.

Erin’s Law, named after childhood sexual assault survivor, author, speaker and activist Erin Merryn, has been passed in 37 states. Arizona is not one of those states

“This is what I stand for,” Montano said at Sunday’s walk. “I want to make sure we get the word out. It’s very common and happening more and more nowadays. Either you, yourself are a victim or you know of someone who has been. We need to be able to address and help these people because sometimes they do suffer in silence from trauma. They don’t seek help or know how to go about getting the help they need.”

Montano, herself a victim of sexual abuse, knows of others who have been been abused. She says it is her hope to have a place in Douglas those affected by child abuse can go and get the help they need.

“I’m not going to give up,” she said. “Hopefully we get the word out and can get that advocacy center here and do something about it.”

Montano admits she was somewhat disappointed by the smaller than expected turnout but also understands the event was organized in a short period of time.

“I’m grateful for those that did show up,” she said. “I was definitely hoping for more support. We’re a small community and we need to help each other out.”

Montano was touched that her sister, Stephanie Huerta, and her family made the trip to Douglas from Tucson to support this event.

“Child abuse is something that needs to be addressed,” she said. “I want to make sure everyone understands what child abuse is. It’s when a child undergoes physical abuse, negelect, emotional abuse, explotation and/or sexual abuse. Child abuse and neglect can cause a variety of problems and/or death. By reducing the incidents of child abuse and neglect with primary prevention and providing proper help, communities can limit its long term or fatal consequences. It is our duty as human beings to report any abuse or neglect that we see or know of. Change starts with us. Studies show one in four women and one in six men have been abused by the time they were 18 years of age. Unreported child abuse not only hurts children, it destroys families, leaving offenders free to abuse and damage future lives.”

Douglas Mayor Donald Huish was on hand and presented a proclamation to Montano thanking her.

“This is something that has to stop,” he said. “I don’t know how else to put it. It cannot go on in our society that allows child abuse. We must work together as a community to bring awareness about child abuse and put an end to this.”

“Our First Douglas Child Abuse Awareness Walk went as best as possible on a short notice,” Robles said after the event. “However, we need more community support to spread awareness. I would like to thank Crystal Montano for reaching out to me for support and thank Carlos Tobon and Mayor Huish for coming out to show support. If anybody would like to support, please reach out to Crystal or myself any events going on please login to our DBN Facebook pages or (the) Douglas Community Calendar.”