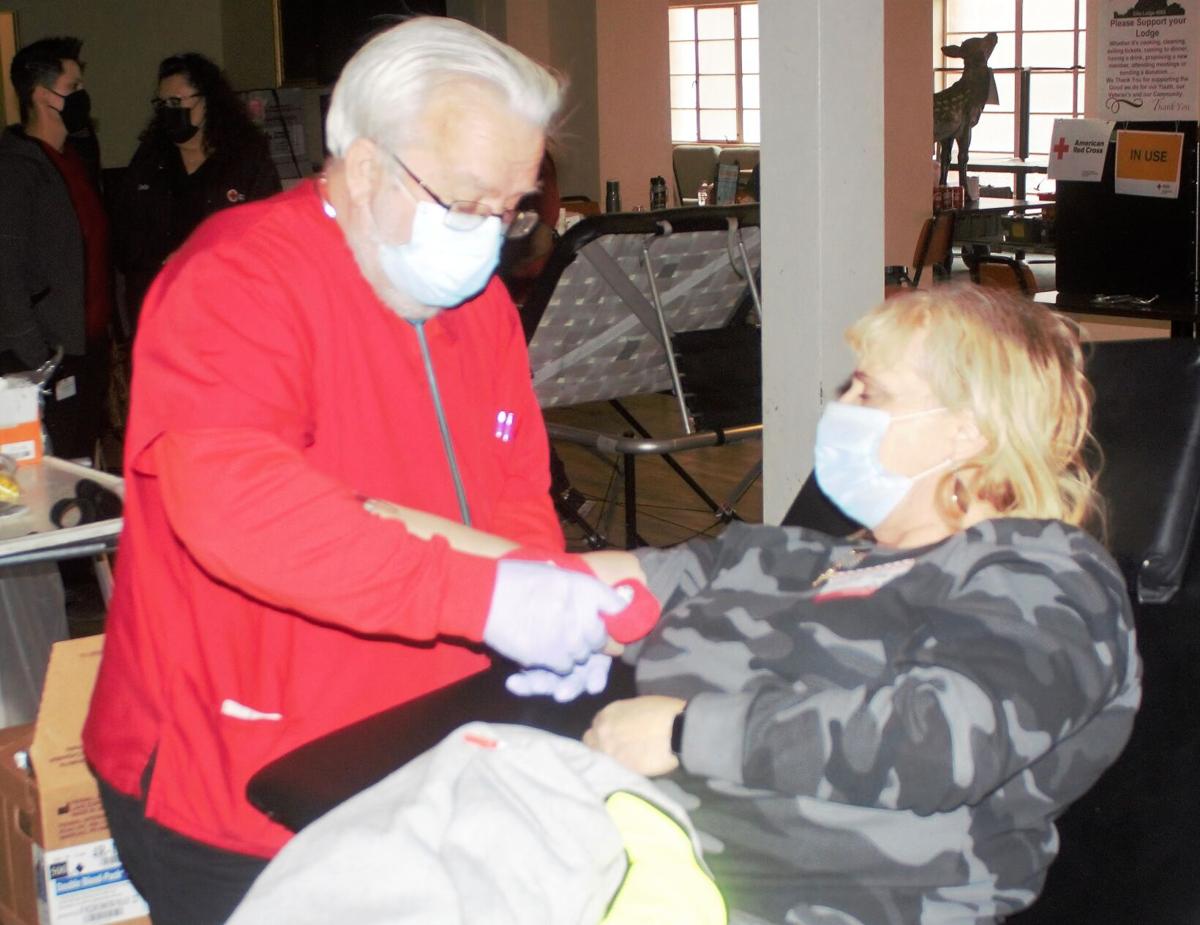 Charlie Overholt of the American Red Cross gets Julie Johnson-Flores ready to go after she donated blood at the community blood drive Feb. 17. 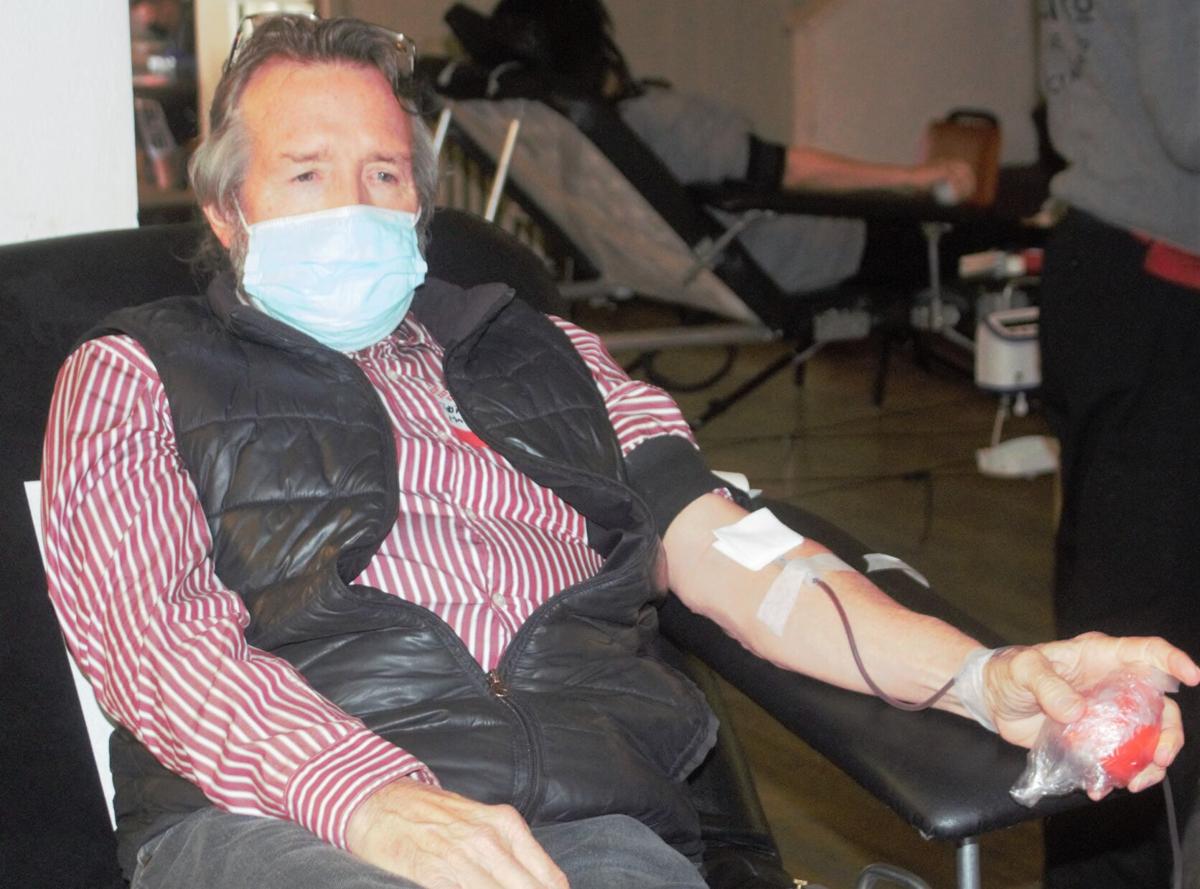 Charlie Overholt of the American Red Cross gets Julie Johnson-Flores ready to go after she donated blood at the community blood drive Feb. 17.

DOUGLAS — Douglas residents have always been known to step up and lend their support whenever a need arises, regardless of what the cause is.

“Our goal was 24 pints of blood donated and we had 27,” said Debra Wendt, who helped organize the blood drive. “There were 35 appointments scheduled, however we always have a few cancellations and people deferred for various reasons. We had six Elk members that volunteered to work the drive and there were six Red Cross staff working.”

Wendt said this was the Elks third blood drive since COVID-19 began and the Elks is the only location in Douglas that has hosted drives since last February.

“The turnout for the blood drive was as I expected,” she stated. “We started with a goal of 25 appointments and added to the schedule as it fills.The Red Cross staff are good about adding time slots, this last drive they raised it to 43.There are always situations where donors need to cancel for various reasons and we work to fill those time slots with donors who wait until the day of the drive to schedule an appointment.”

Longtime Douglas residents Tom Hannigan and Julie Johnson-Flores were two of the donors.

“I do it because I see there is a need for it,” he said. “It feels good knowing the blood you donate may help save someone else’s life.”

For Johnson-Flores, it was a little more personal.

“I’ve been donating blood for over 30 years,” she said. “To date I have donated 53 pints.This all started when I had a cousin who was diagnosed with breast cancer. The cancer later spread to her back and hips and she ended up passing away because of it but that’s when I started giving blood every chance I got.”

Johnson-Flores said in 2011 her sister-in-law was diagnosed with stage four liver cancer and in need of blood. Johnson-Flores was there doing what she could to help.

“When my sister-in-law was sick she went through almost 25 units,” Johnson-Flores said. “My mom passed away in 2016 and before she passed she needed five units of blood. There is a reason behind this. I have experienced it first hand. This is something near and dear to my heart.”

Johnson-Flores states she receives notifications where blood she has donated is being used to help different patients.

“Doing something like this makes you feel pretty darn good knowing that you are helping someone in need out and possibly saving a life,” she said. “For me, this is pretty much an effortless gesture.”

Johnson-Flores admitted going into donate this past drive she wasn’t sure what to expect because of COVID-19 but the staff coordinating the event did a fantastic job of making her feel safe and comfortable making sure everything was clean and sanitized. Everyone inside the area had their face coverings on, being quick to admonish if the covering dipped below the nose.

“Now because of COVID there are people more than ever who need blood,” she said. “I wish we could get more people to donate. There is obviously a need.”

After the blood drive was over, Red Cross Account Manager April Robbins said, “We are so thankful for everyone at the Douglas Elks Lodge. When others in the community had to close and ultimately cancel blood drives due to the pandemic, our partners at the Elks Lodge remained open to host blood drives, and in doing so, have collected a total of 56 pints, saving 168 lives.”