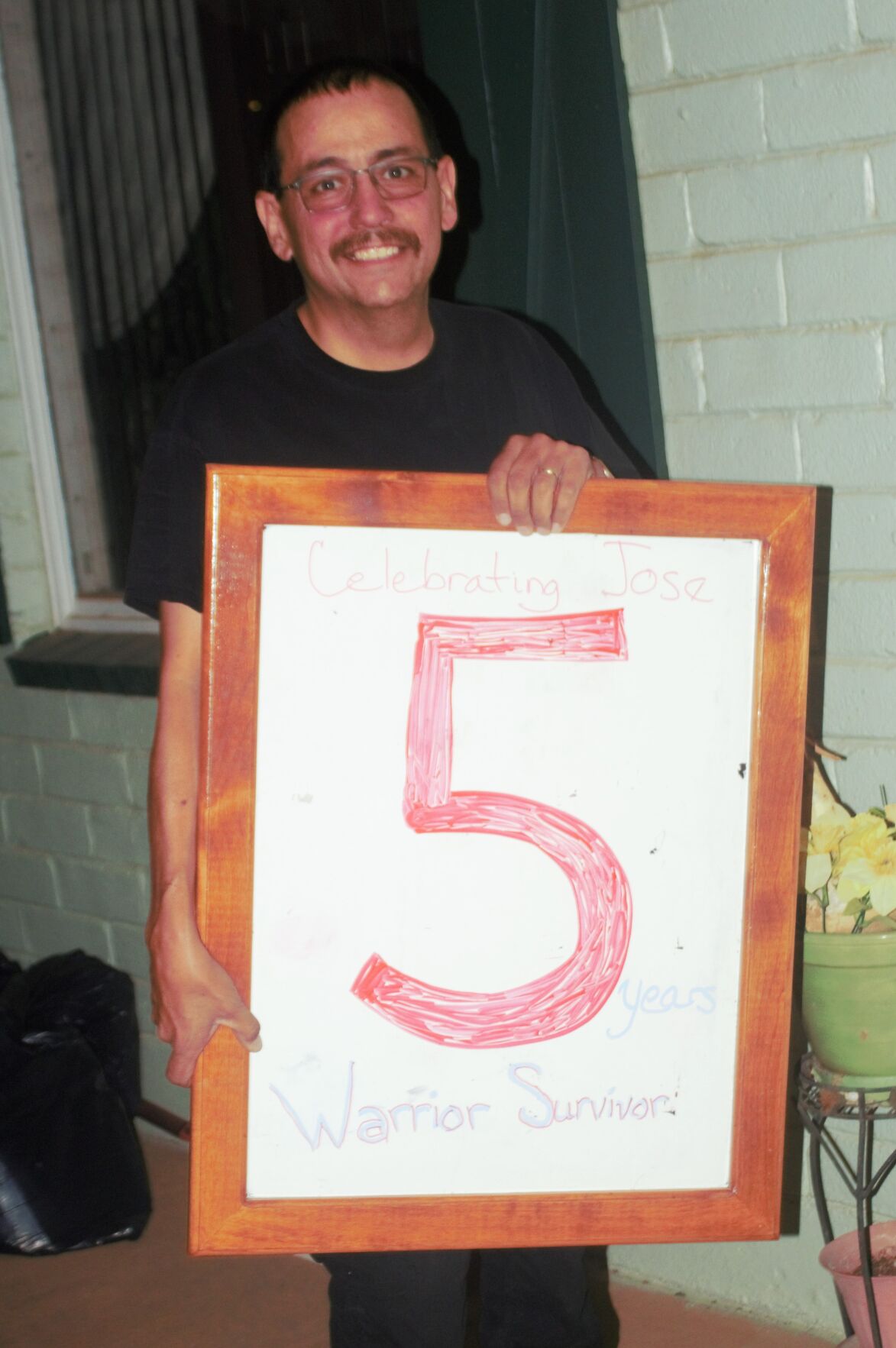 Five-years after being diagnosed with cancer and told he had a 5% chance of surviving, retired DPD sergeant Jose Duarte continues to fight the deadly disease 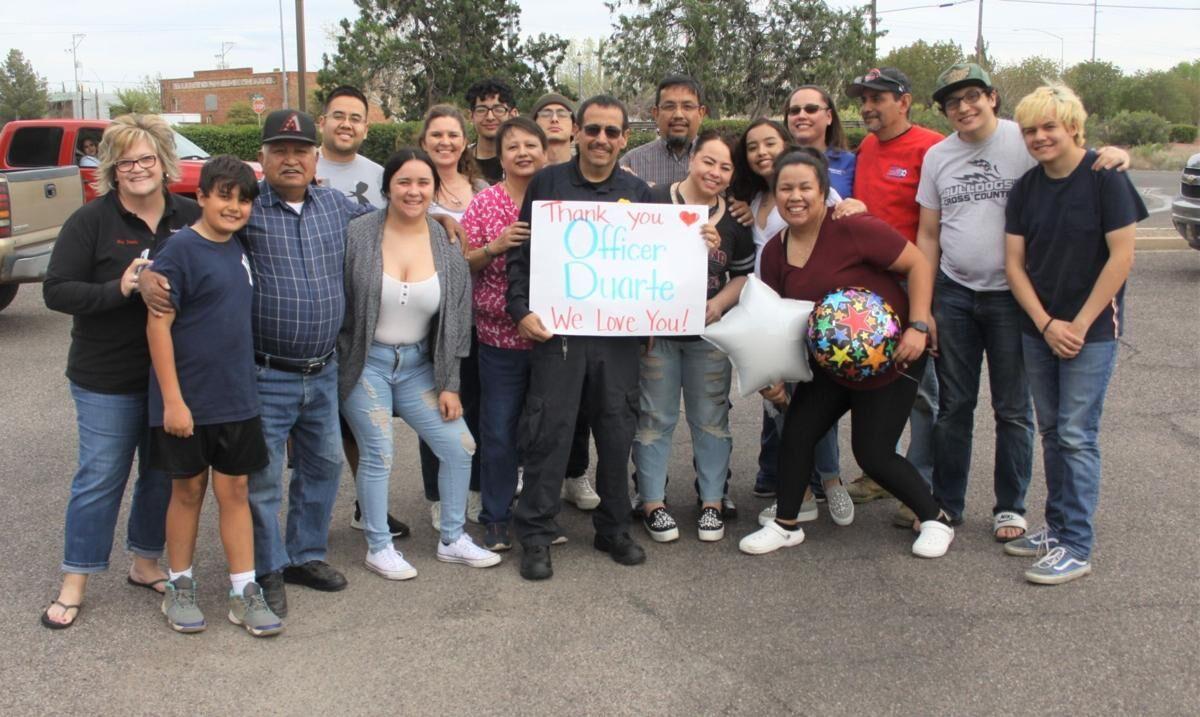 Jose Duarte and some of his family gather at his final retirement call at the Douglas Police Department this past April.

Five-years after being diagnosed with cancer and told he had a 5% chance of surviving, retired DPD sergeant Jose Duarte continues to fight the deadly disease

Jose Duarte and some of his family gather at his final retirement call at the Douglas Police Department this past April.

Five years ago retired Douglas police sergeant Jose Duarte received some news no one wants to hear — he had cancer and less than a 5% chance of survival.

Family and friends celebrated last week with a drive-thru parade past the Duarte home showing their support that Jose is beating the odds and continues to fight the disease.

Jose’s first battle began in July 2015 when he was diagnosed with stage four esophageal cancer. Doctors said he had less than 5% chance of survival and they would “be surprised” if they saw him in a year. Following months of intense treatments — which included a feeding tube, radiation, chemo, strong faith and the support of family, friends, coworkers and loved ones — Duarte had the beast licked, or so he thought. He had scans every three months. One test was clean, but a scan in April 2017 showed the cancer had returned in the same area. Surgery was scheduled in San Diego where Jose underwent the removal of his entire stomach. Doctors then attached a piece of his small intestine where a new stomach was created.

Last year the cancer showed up again this time in his gallbladder and appendix which led to more surgeries to remove the cancer cells .

“It’s been a heck of a roller coaster these past five years,” Jose said. “I’m still doing chemo treatments every two weeks. It’s been an up and down battle but the one thing I would say is this community has been behind me and I’m not alone. This community has been such a blessing to me and my family offering their prayers and support. There’s no giving up.”

When he has his chemo treatments, which can last five to six hours, Tanya, his wife of 20 years is no longer allowed inside the facility because of the pandemic and has to find ways to keep busy outside while he’s undergoing treatment.

Jose retired from the DPD this past April and is now working for the Arizona Department of Transportation (ADOT) in San Simon making daily round trip commutes from Douglas.

He says battling cancer during the COVID-19 pandemic has been stressful and he’s had to be extra careful where he hangs out and who with.

“Thankfully it seems that the chemo has killed off many of the things I come in contact with,” he said. “In a way it’s been a blessing in disguise because it’s kept me home; kept me safe.”

A recent COVID test on Jose came back negative but was positive for antibodies indicating they unknowingly had it at some point.

“We have been through so many highs and so many lows, there’s not even words to describe it,” Tanya said. “The best part, if there is a best part, is knowing this community is always here for us for whatever we need. That’s one great thing about Douglas, we know we’re never alone.”

Cancer is nothing new to the Duarte as both have a history of the disease in both families. Duarte’s mom,prior to passing away several years ago, was a cancer survivor in addition to his sister and brother who are also cancer survivors. Tanya lost her mom and her brother to cancer.

“There’s cancer in our family but we battle it and we don’t give up,” Jose said. “Every day (I’m here) is a blessing.”