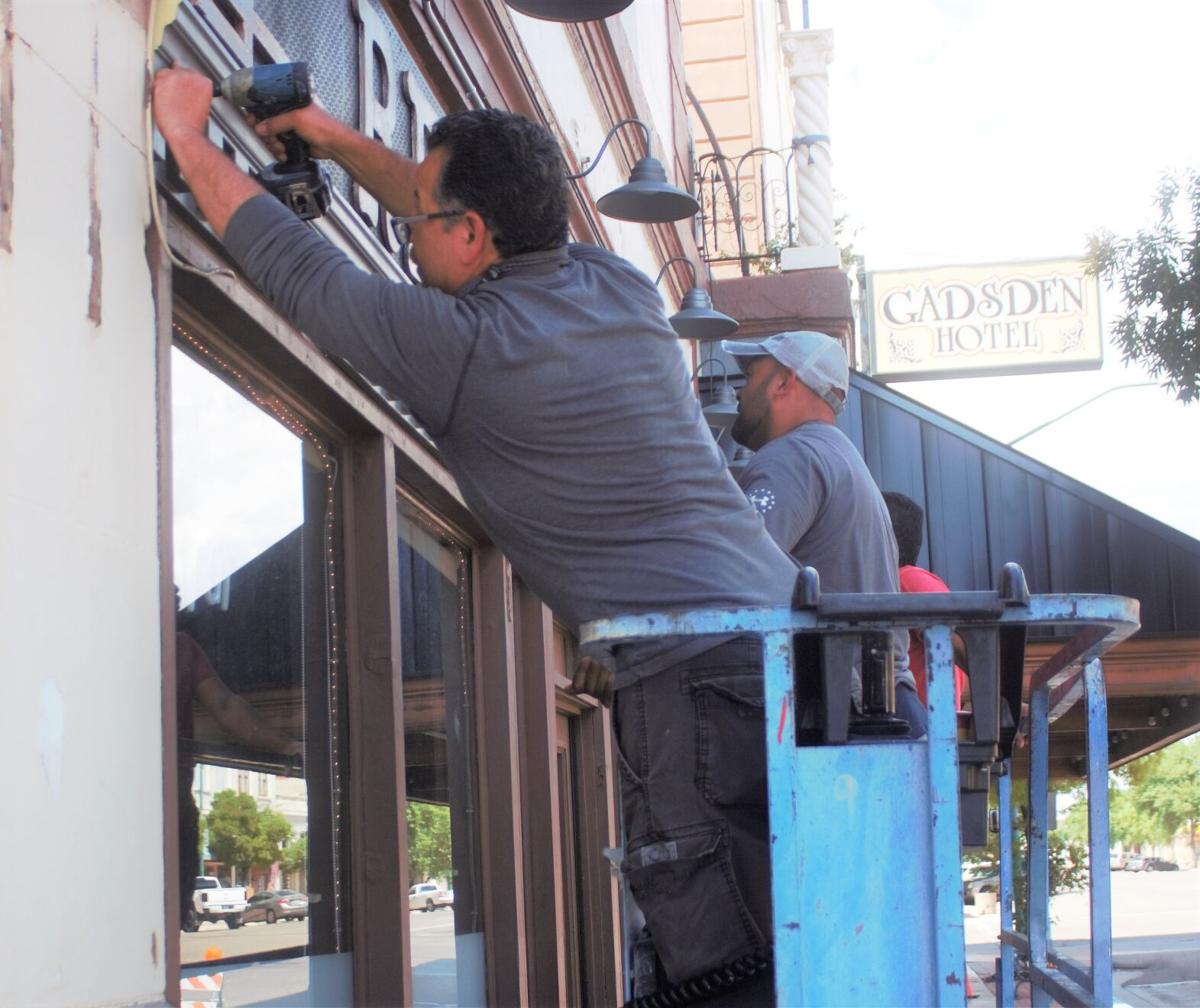 Gadsden Hotel owner Florencio Lopez and his longtime friend Albert Ortiz work on the front of the historic hotel in downtown Douglas. 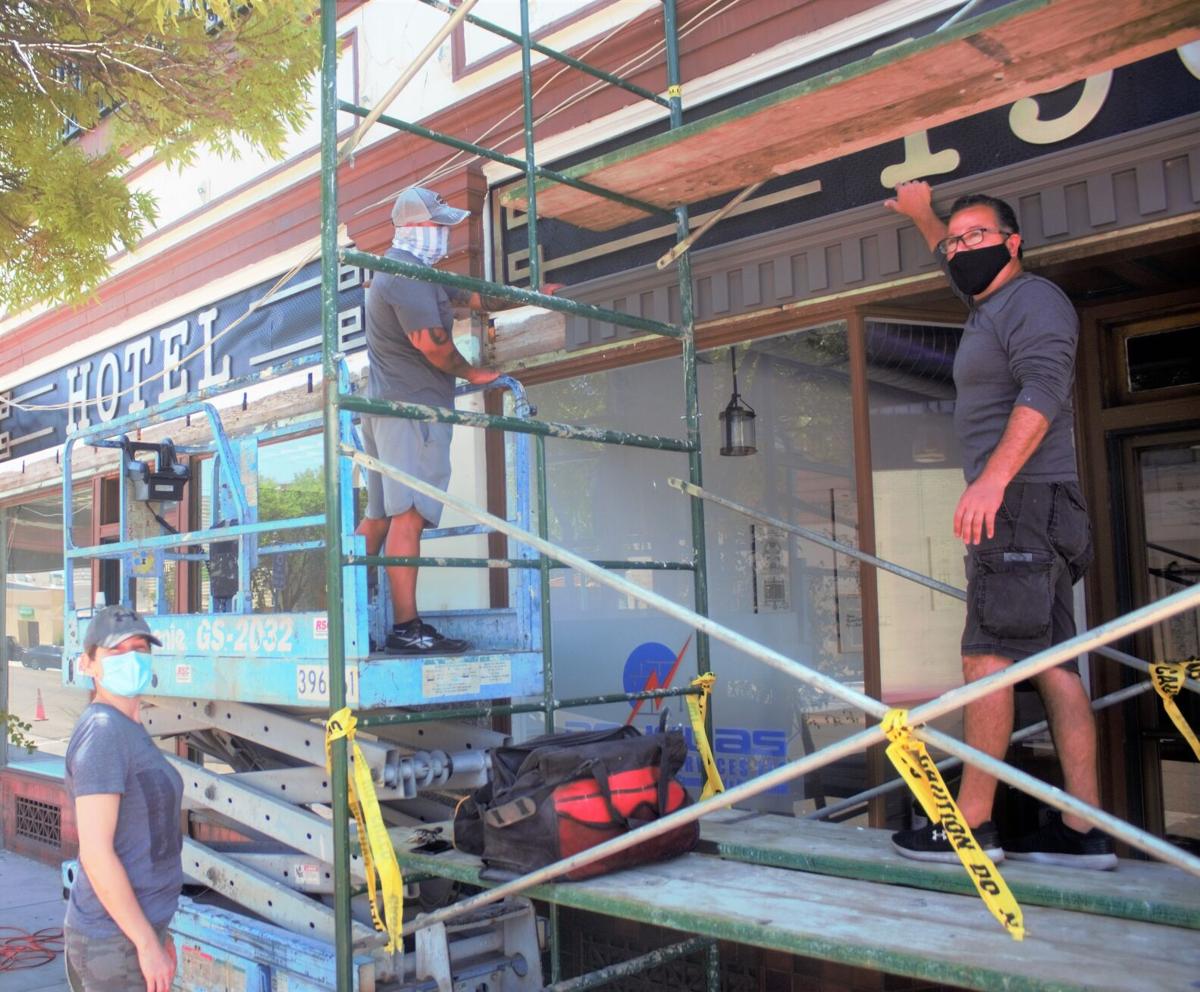 Anel Lopez supervises as her husband Florencio and Albert Ortiz work on the outside of the Gadsden Hotel. 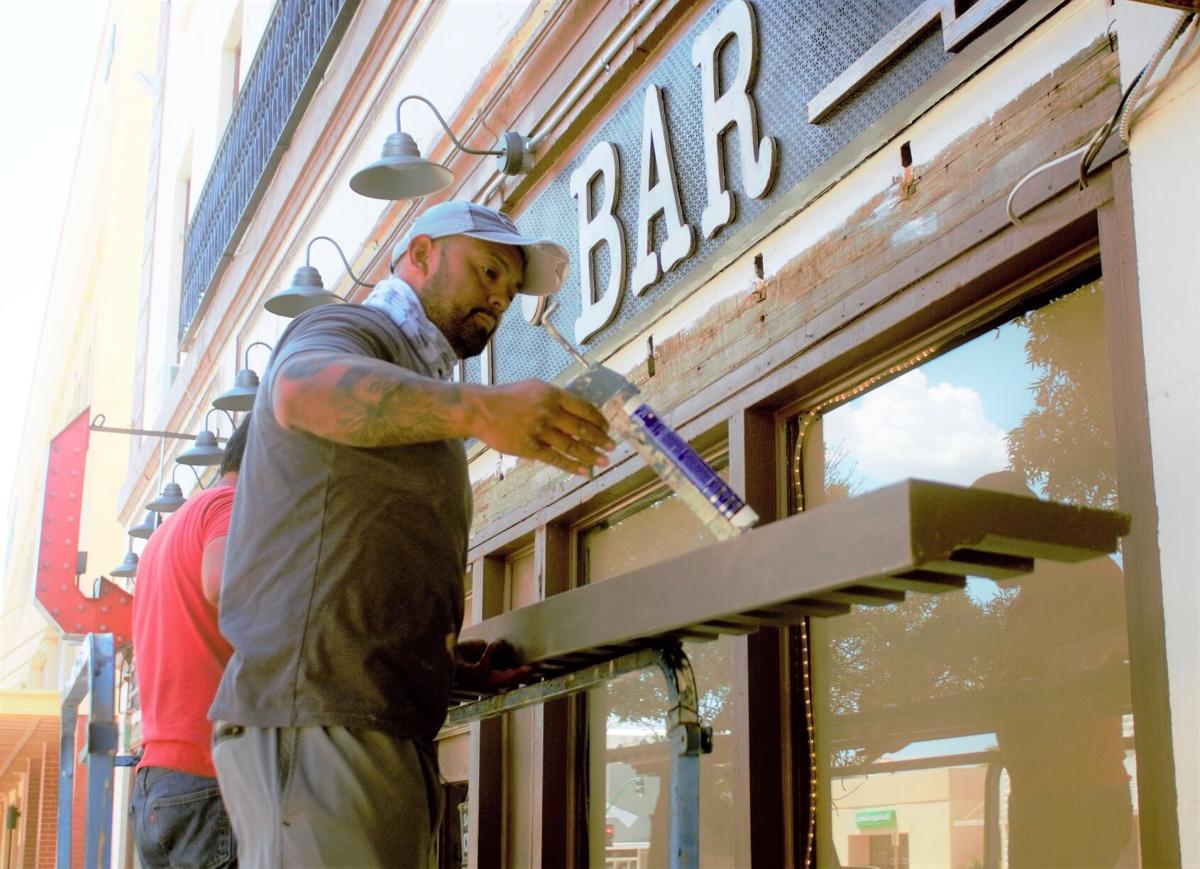 Albert Ortiz applies some caulking to one of the rails that's about to be mounted to the outside of the Gadsden Hotel. 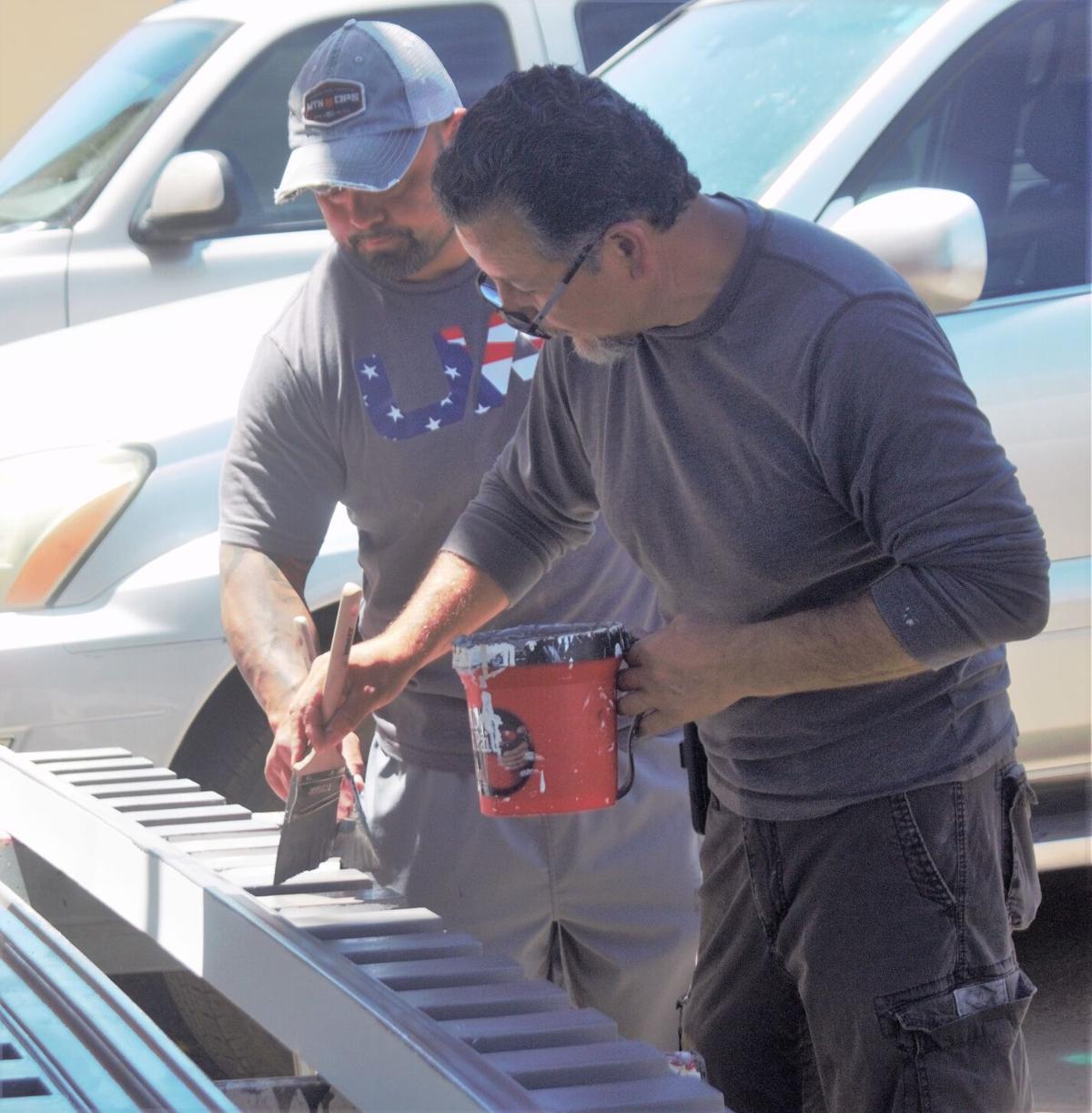 Albert Ortiz and Florencio Lopez paint one of the railings that will be applied to the front of the historic Gadsden Hotel.

Gadsden Hotel owner Florencio Lopez and his longtime friend Albert Ortiz work on the front of the historic hotel in downtown Douglas.

Anel Lopez supervises as her husband Florencio and Albert Ortiz work on the outside of the Gadsden Hotel.

Albert Ortiz applies some caulking to one of the rails that's about to be mounted to the outside of the Gadsden Hotel.

Albert Ortiz and Florencio Lopez paint one of the railings that will be applied to the front of the historic Gadsden Hotel.

DOUGLAS — The historic Gadsden Hotel on G Avenue is getting a facelift.

Florencio Lopez, who along with his wife Anel, purchased the hotel in December 2015 said the exterior renovations taking place is something he hopes will bring a little more life to main street.

“We are changing the facade on the front to match all grand hotels back East,” he said. “We are using metal awnings which have been approved by the historical society, the color tone will be two-tone. The lower street level will be one color while the upper level will be another color. The lower level, because it is retail, will be bold in color and pop out. We’re also adding a dental molding to the front of the building with the signage that will match the exterior of the Brophy Building across the street.”

Included in the signage in front is the name of the restaurant, bar and hotel, and 1907, the year the Gadsden opened with art decos on each border.

“We’re wanting to showcase our granite that were under previous modifications that were done to the hotel,” Florencio said. ”We went back with the original window sizes in the front of the hotel. We had Noriega’s Glass redo our front windows to match what was originally once there, that were the square openings. We’re making improvements, little by little, bringing it back to what it once used to be, and what it should be, a grand hotel.”

Since they first purchased the hotel, Florencio said much of the focus had been on the interior of the hotel getting the lobby upgraded along with the “huge” undertaking in the restoration of the kitchen in the restaurant and dining room.

“Prior to that we had done the bar, the cafe, and we had just finished the rathskeller (a German word for an underground tavern in a government building) which is our original underground speakeasy from 1906,” Florencio said. “With those projects done, My wife and I decided to turn our attention to the exterior because we felt it didn’t match the grandness when you walked in. The exterior, the street facade, didn’t do us justice.”

Lopez said their plan is not to change anything but rather bring it back to what this historic building looked like at one time.

“There is so much more to do,” he said. “We’re going to add exterior lighting and paint the outside. We’ve added a little courtyard on the side to make it look like the exterior cafes that are back east. The railing that we used on that exterior courtyard are our old bed frames that we found in the hotel. Everything that we use here is repurposed from somewhere. This continues to be a hobby and continues to be fun. It’s not work.”

Florencio said the first eight months they owned the Gadsden they didn’t rent a room; couldn’t rent a room because they felt they were not up to their standards.

“We upgraded our electric and added heating and cooling hvac systems, we had no hot water,” he said. “We couldn’t even connect a blow dryer without blowing a fuse. We corrected all that stuff then we got to the rooms where we figured we needed to generate some type of resources that would allow us to continue the improvements. We soon got to the point where they still needed improvements but we also had to open them up to the public that would allow us to generate that extra income needed to continue our upgrades. We plan eventually to go back into each room and redo them.”

Florencio describes the Gadsden as kind of like a “boutique hotel” right now that has 22 rooms available for occupancy.

In March, the Gadsden Hotel was forced to temporarily close due to the pandemic.

“COVID, unfortunately, has thrown a challenge at us,” Florencio said. “I believe every business has gone through the same thing.”

The Gadsden was awarded a Paycheck Protection Program (PPP) loan which allowed them to keep 75 percent of their staff.

“It should have covered us for two months of payroll but because we’re so big, we were only able to make it last for five weeks,” he said. “The other potion was used to pay bills.”

Lopez said the restoration that is taking place has never been about him or his family but rather for the community.

“The support our community has demonstrated since day one has been incredible,” he said. “It’s because of them we have been able to survive and we continue to go forward and make the improvements we need to make. If it wasn’t for them we would not be here. Our goal is to help improve our downtown. We want to make downtown, and the Gadsden, a focal point and the pride of Douglas. We want to make this place the grand jewel of Douglas.”

For more information on the Gadsden Hotel visit their website or check them out on their Facebook page.