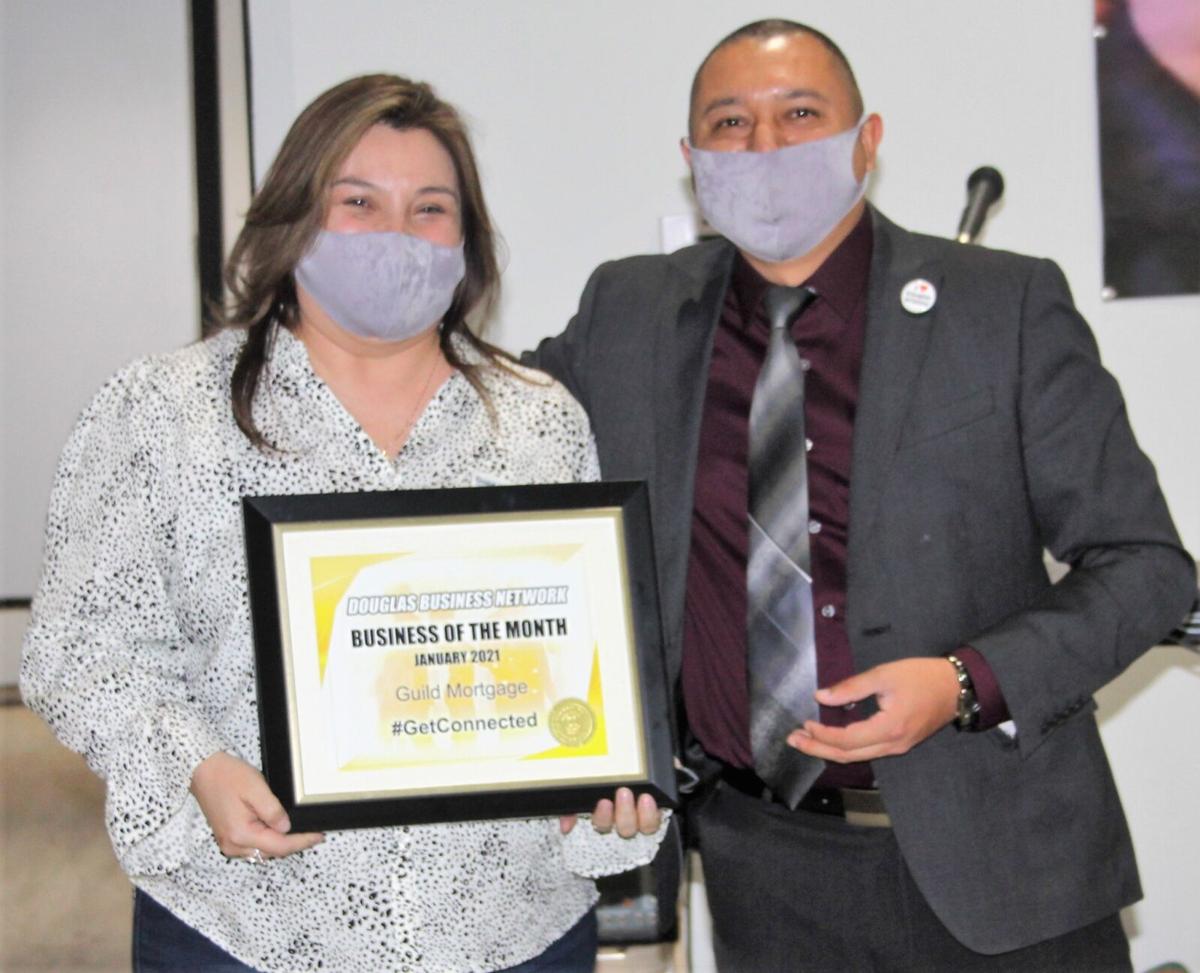 Raquel Reynoso of Guild Mortgage of Douglas was honored at Friday's Douglas Business Network mixer as the January Business of the Month. She is pictured above with Ralph Robles, president of the DBN. 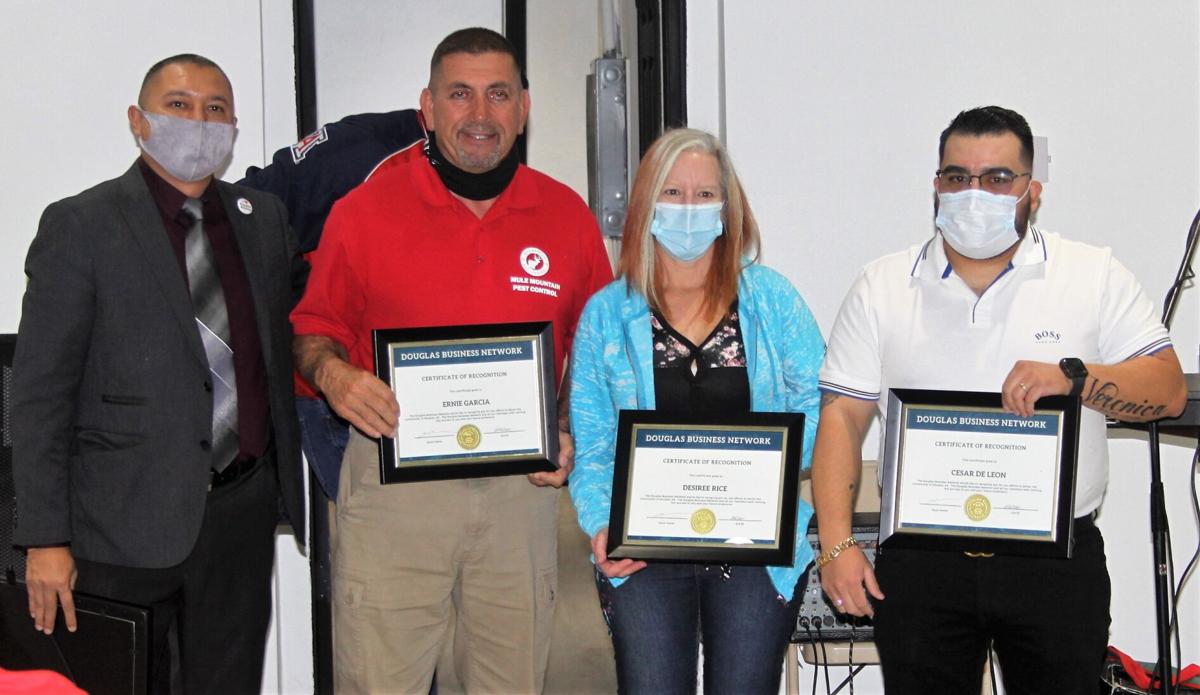 Douglas mayor Donald Huish was on hand to present the DBN's newest member, Mule Mountain Pest Control of Sierra Vista, with a special certificate prior to a ribbon-cutting ceremony at Friday's mixer.

Raquel Reynoso of Guild Mortgage of Douglas was honored at Friday's Douglas Business Network mixer as the January Business of the Month. She is pictured above with Ralph Robles, president of the DBN.

Douglas mayor Donald Huish was on hand to present the DBN's newest member, Mule Mountain Pest Control of Sierra Vista, with a special certificate prior to a ribbon-cutting ceremony at Friday's mixer.

DOUGLAS — Several local businesses were honored and some new members welcomed at the Douglas Business Network’s first mixer of 2021 which was held Friday.

Mayor Donald Huish was on hand for the ceremony welcoming Mule Mountain Pest Control to the Douglas area.

“Mule Mountain Pest Control started back in 1993 under Bill Howard,” company owner Ernie Romero said. “I went to work for him in 2010. In 2013 he sold me the business. We are a company that takes care of general pest control. We also take care of termites and weeds. The best part about doing this job is the people that we service. They are actually the backbone of Mule Mountain Pest Control.”

Ralph Robles, president of the DBN, presented some special recognition certificates to Romero, Desiree Rice of Classy Cuts & Such and Cesar de Leon of Filiberto’s for assistance with community projects.

“Home sales in Douglas are booming,” she said.

Mayor Huish provided a brief update of things that are happening within the city.

“I know a lot of you are wondering what is going on with the port of entry,” he said. “We were actually funded in the House of Representatives side in this year’s budget. By the time it got to the Senate all of the port of entries were pushed out of that project. We’re still hopeful. Now that the administration has changed, the house and senate are looking at alternative ways to get that funding. One of our concerns lately has been the lack of movement on the Mexican side making sure everything is lined up.”

The mayor added that when, not if, the port of entry is built, it will bring hundreds of jobs to Douglas.

“We’re excited about what this expansion could mean for Douglas once it’s completed,” he said.

The mayor also talked briefly about the downtown revitalization project.

“We have a scheduled date sometime in November to be completed,” he said. “Beginning in March or April we will be holding preliminary meetings which will be by invitation to some people who have shown interest. One of the ideas that we’re kicking around is possibly closing down G Avenue from Ninth to 10th Street and make it a park and walkway where people can come downtown, shop and enjoy downtown. If we can just get people to Douglas they will see how great we are. I believe that whole heartedly. If we can get downtown to look a little nicer, they will come.”

The mayor announced the city is moving forward with its search for a new city manager and he hopes to be able to appoint one shortly.

Robles said he was happy with the turnout and appreciates all those who showed up.

“It was a huge success; happy faces from wall to wall,” Robles said. “Happy we were finally able to welcome Mule Mountain Pest Control to Douglas; they were very excited to join us. We had guests from Sierra Vista and overall an electric evening that went flawless. Thank you to all our sponsors.”