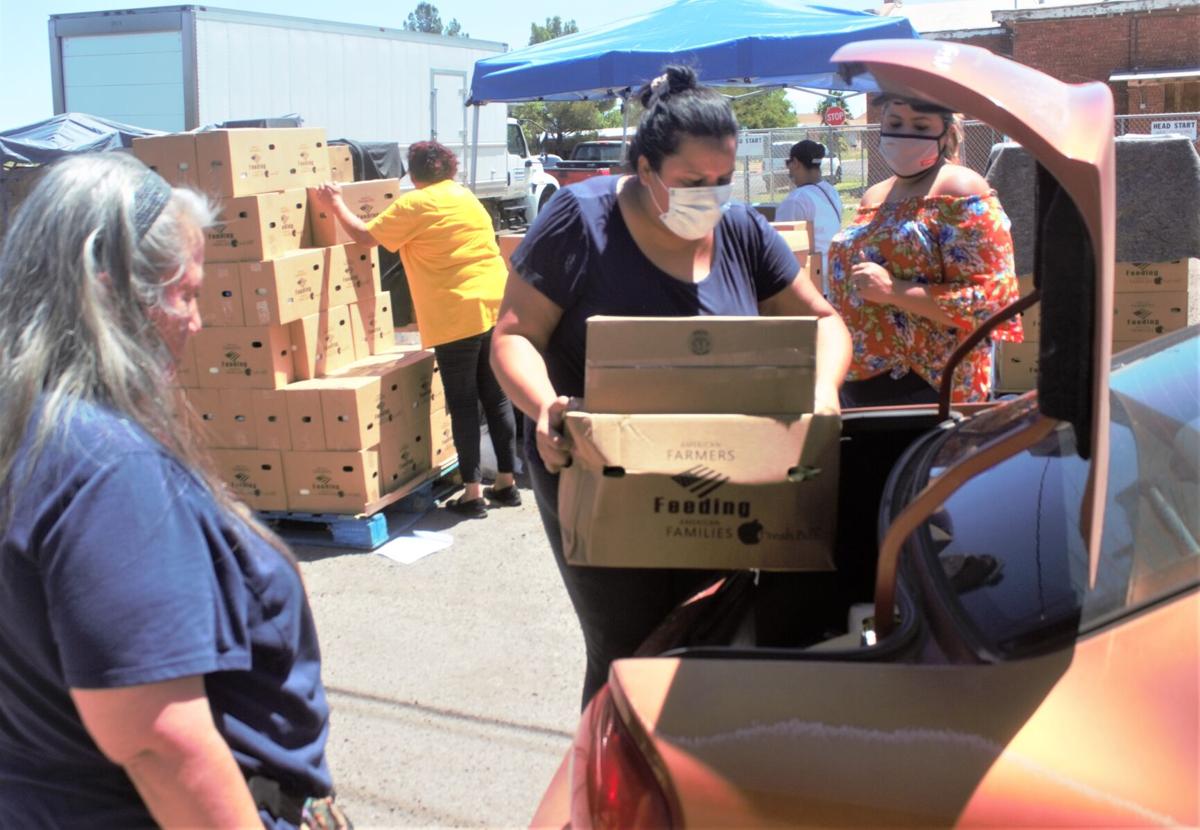 Esther Suchite loads some boxes of produce into the trunk of a vehicle at the July 29 food box distribution that was held at Templo Maranatha located at 527 Fifth Street. 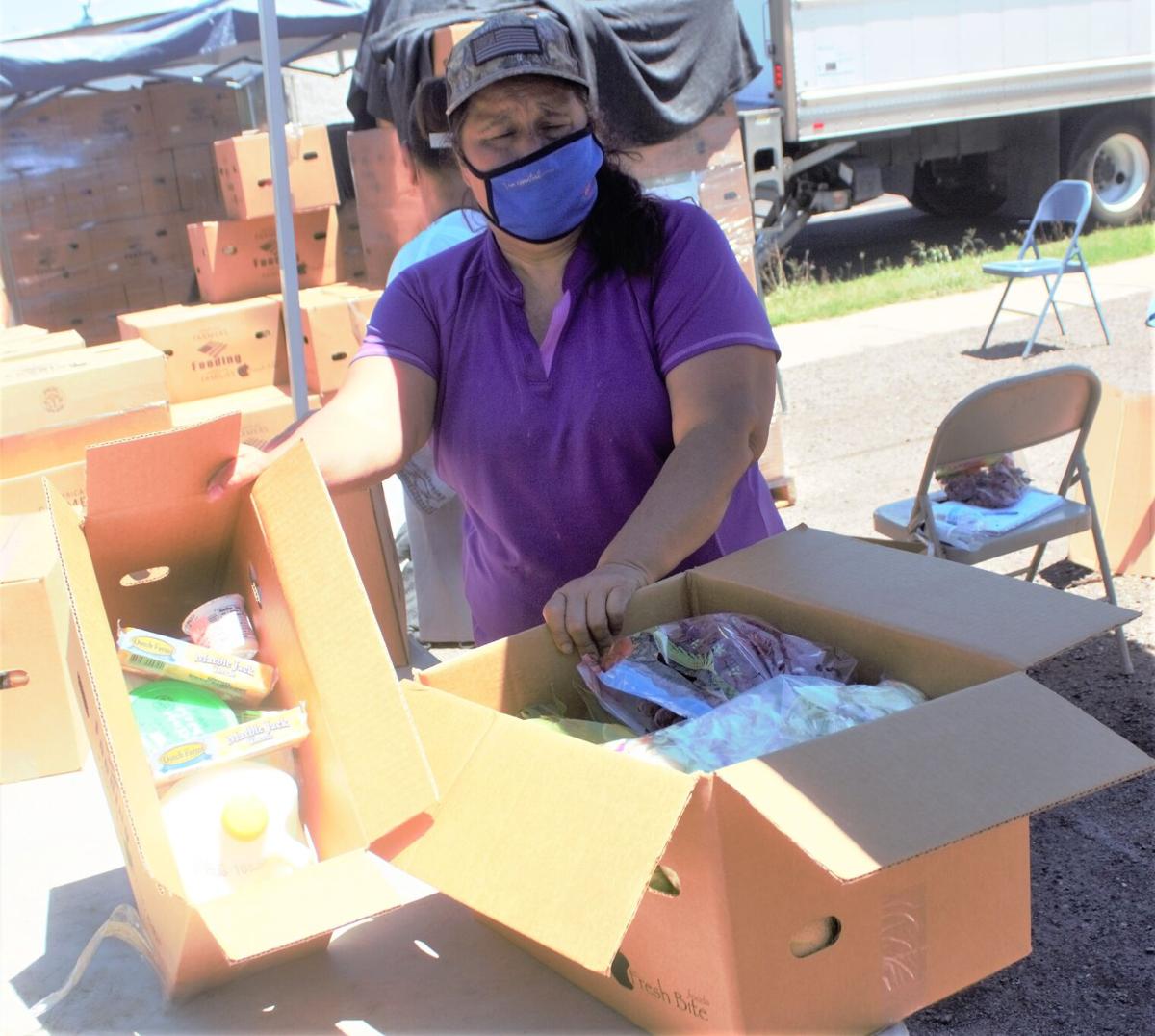 Cuqui Noriega shows off some of the fresh produce that was distributed July 29. 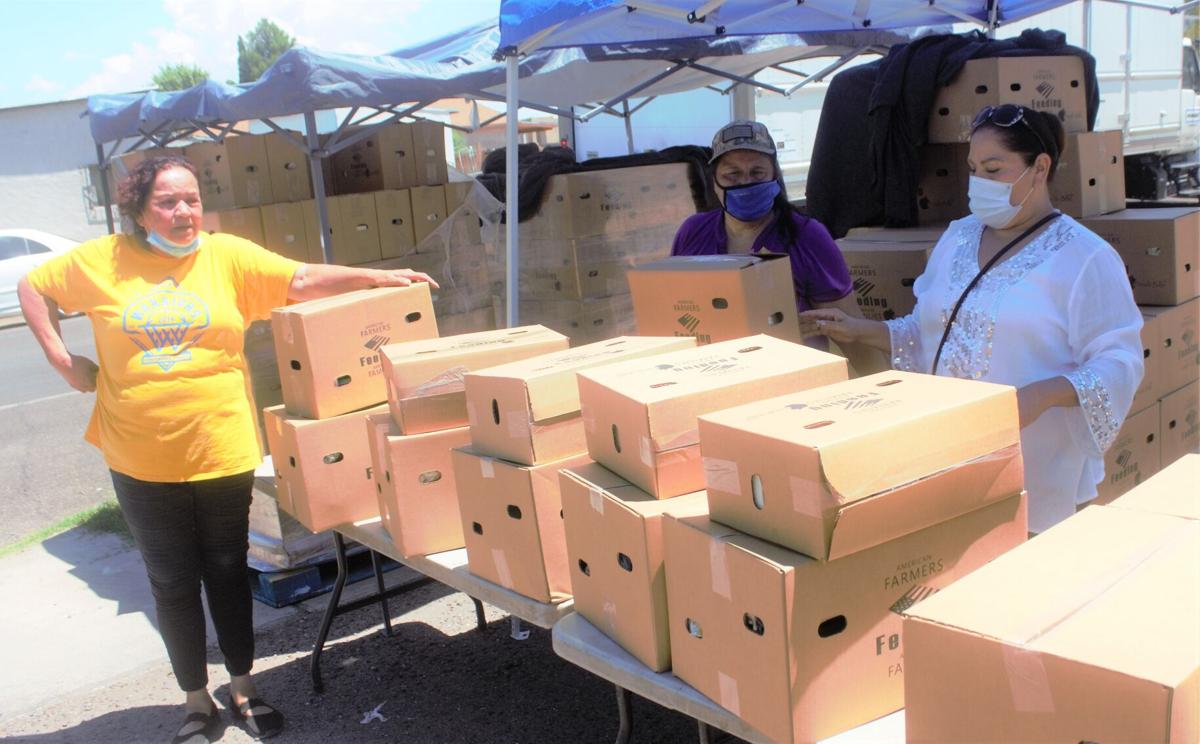 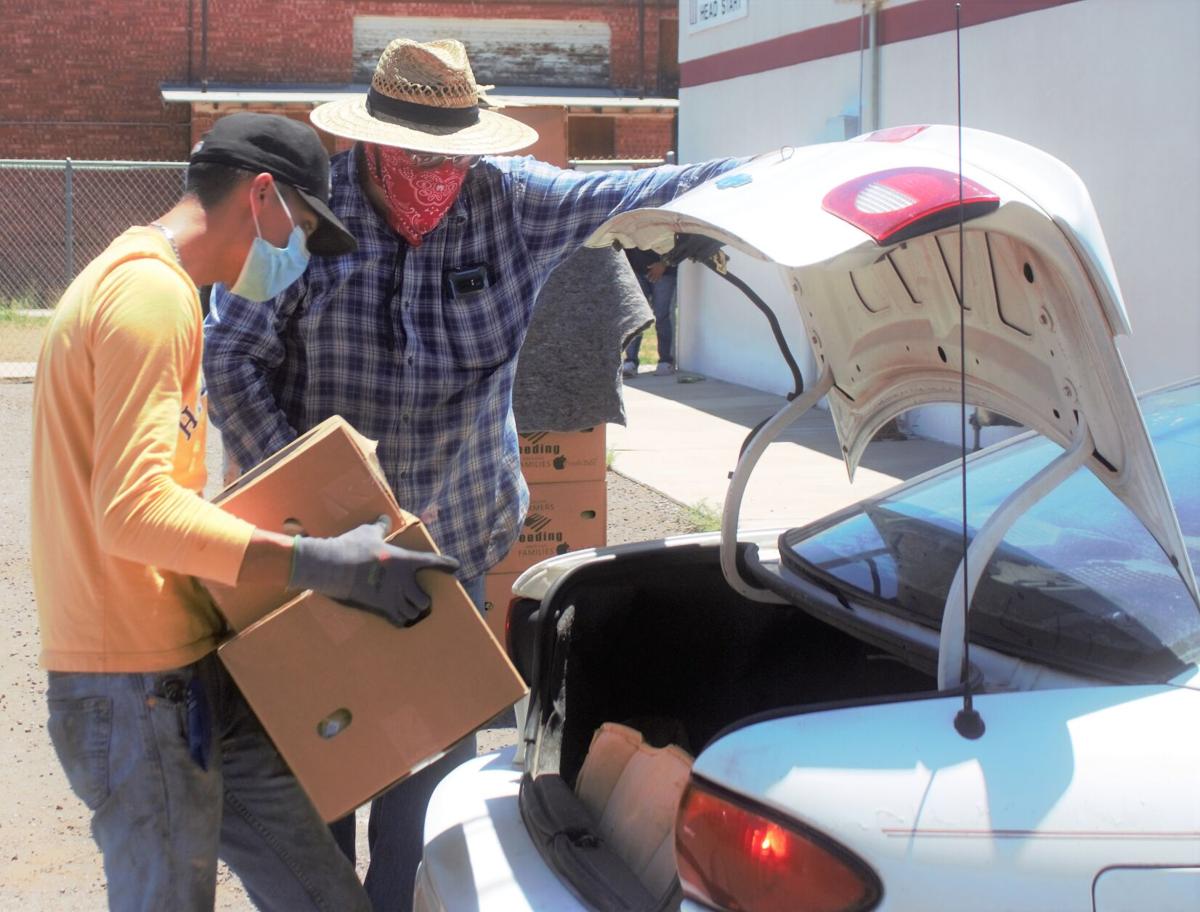 Pastor Marco Noriega helps Mark Noriega load some produce into the trunk of a vehicle July 29. 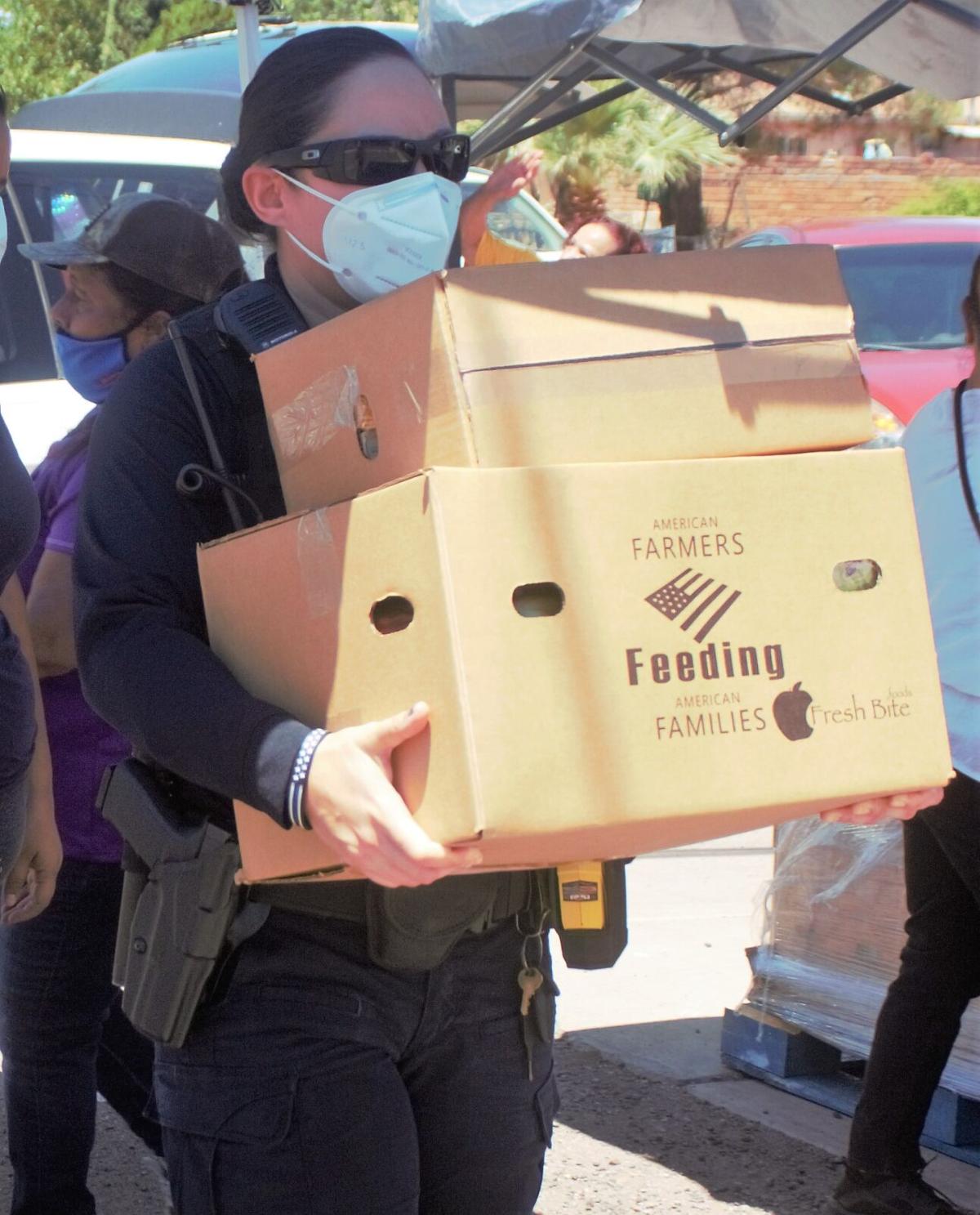 Esther Suchite loads some boxes of produce into the trunk of a vehicle at the July 29 food box distribution that was held at Templo Maranatha located at 527 Fifth Street.

Cuqui Noriega shows off some of the fresh produce that was distributed July 29.

Pastor Marco Noriega helps Mark Noriega load some produce into the trunk of a vehicle July 29.

DOUGLAS — During this time where families are struggling financially, a local church recently stepped up and gave out 300 boxes of fresh produce and dairy products to those in need.

Esther Suchite, who organized the distribution, said the event was hosted by the Marantha Ministries Pantry in conjunction with Fresh Bite Foods out of Phoenix and Corazon Latino.

Cars began lining up along Fifth Street and down G Avenue towards the border roughly an hour before the distribution began.

Three weeks ago the church held a similar distribution where they gave out 160 boxes of produce in under an hour.

Due to the demand, Suchite increased the amount of boxes for this past distribution to 300 only to see the group again run out.

“This food came from a program in Phoenix called Corazon Latino in conjunction with Fresh Bite,” she said. “I was put in contact with them through our community food bank in Tucson. We’re the only place in Douglas that distributes this specific box.”

Each vehicle was provided two boxes, a dairy box and a produce box which contained a gallon of milk, cheese, yogurt, a bag of potatoes, carrots, celery, grapes, onions. Romaine lettuce, corn, zucchini, cottage and regular cheese and sour cream.

“All this stuff is fresh, none of it had expired,” Suchite said. “We’ve seen more of a demand these past couple of months. That’s another reason we held another distribution so soon after the last one. Just like the last one, we ran out of food boxes. We’re seeing all kinds of people coming through.”

Suchite said after running out the first distribution she sought to increase the number of boxes distributed which the group in Phoenix agreed to.

“This is showing us there are a lot of people in need during this difficult time,” she said.

Suchite said each month, Templo Maranath attempts to hold a food drive of some kind where they distribute items received from the Tucson and Willcox Food Banks. In addition, for the past 21 years they have also provided a free Thanksgiving meal for members of the community.

“We had volunteers from not only our church but throughout the community who came to help out,” she said. “I also want to thank the Douglas Police Department who helped with traffic control.”

Another food box distribution is planned for sometime the week of August 10-14 at the church on Fifth Street. Date and time to be announced. No advance signup is required and no one will be turned away as long as commodities last.