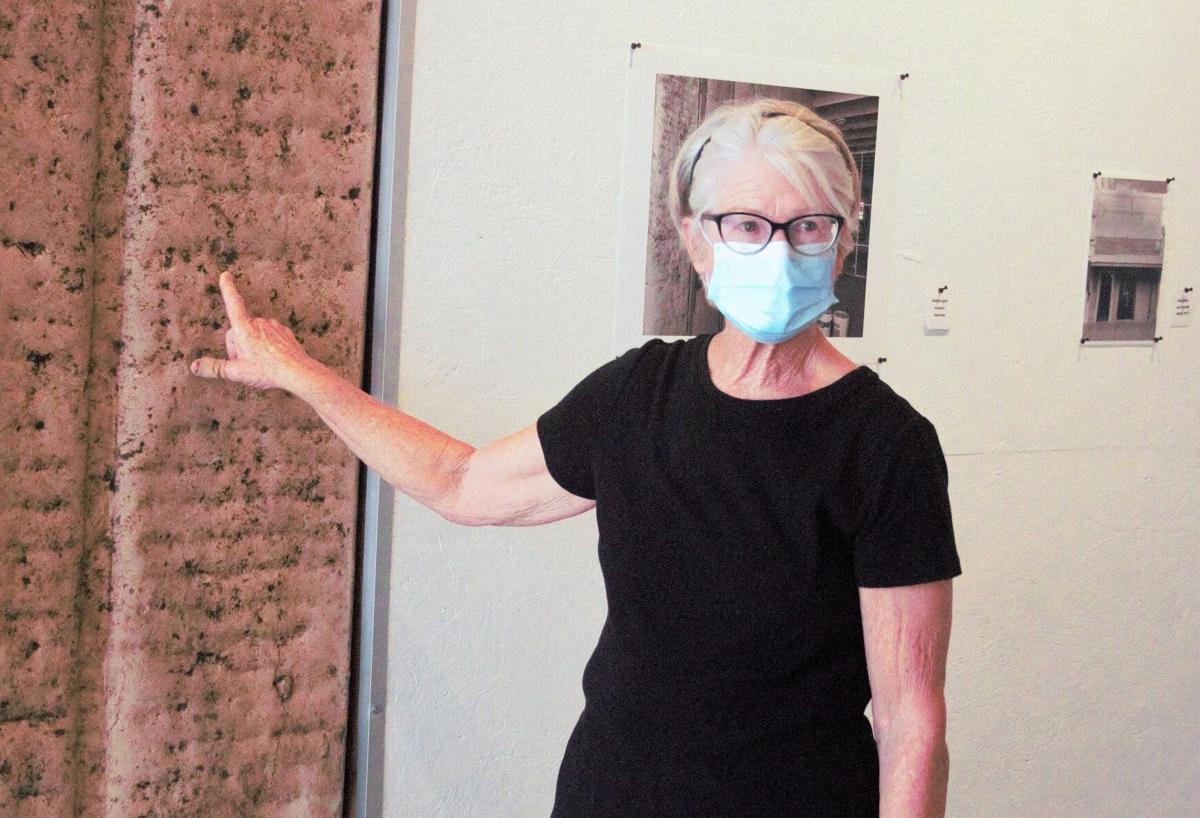 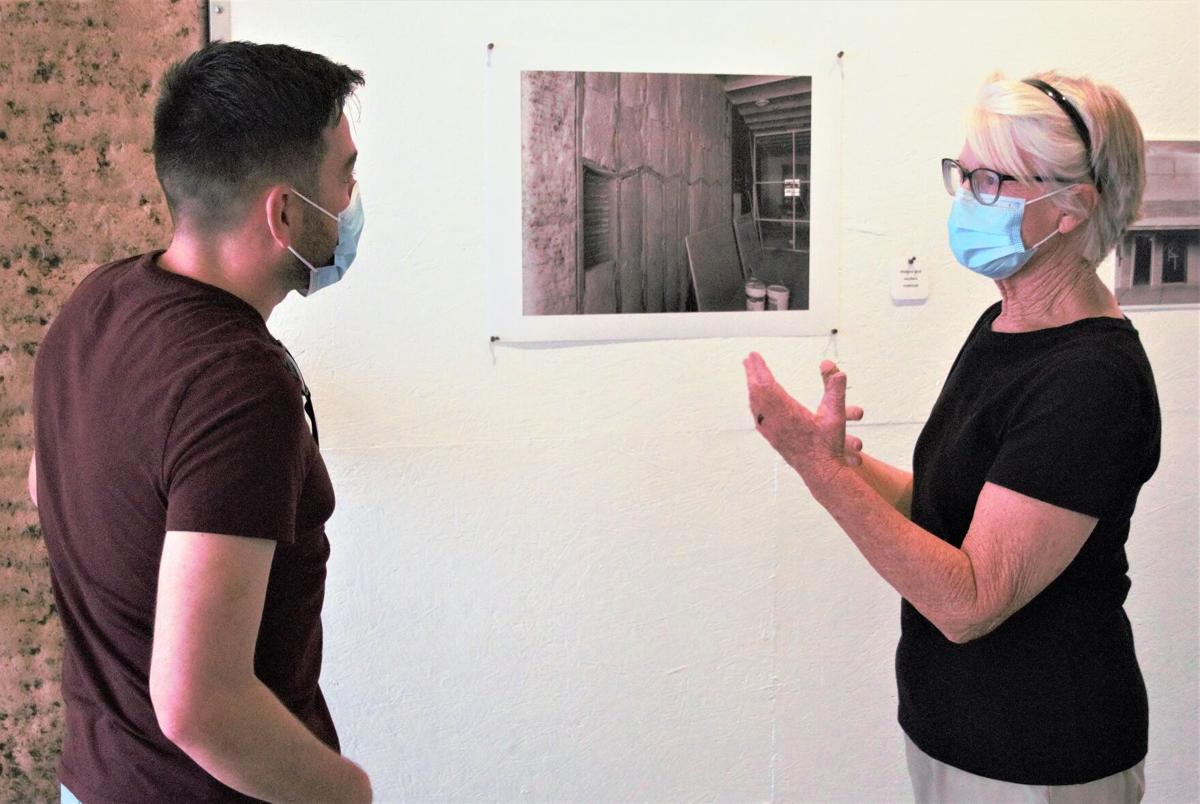 Allyson Armstrong and Damian Dorame talk about some of the pictures on display at the Studio 917 Gallery, located on the east side of G Avenue between Coleman’s and Casa Enrique in the historic district. 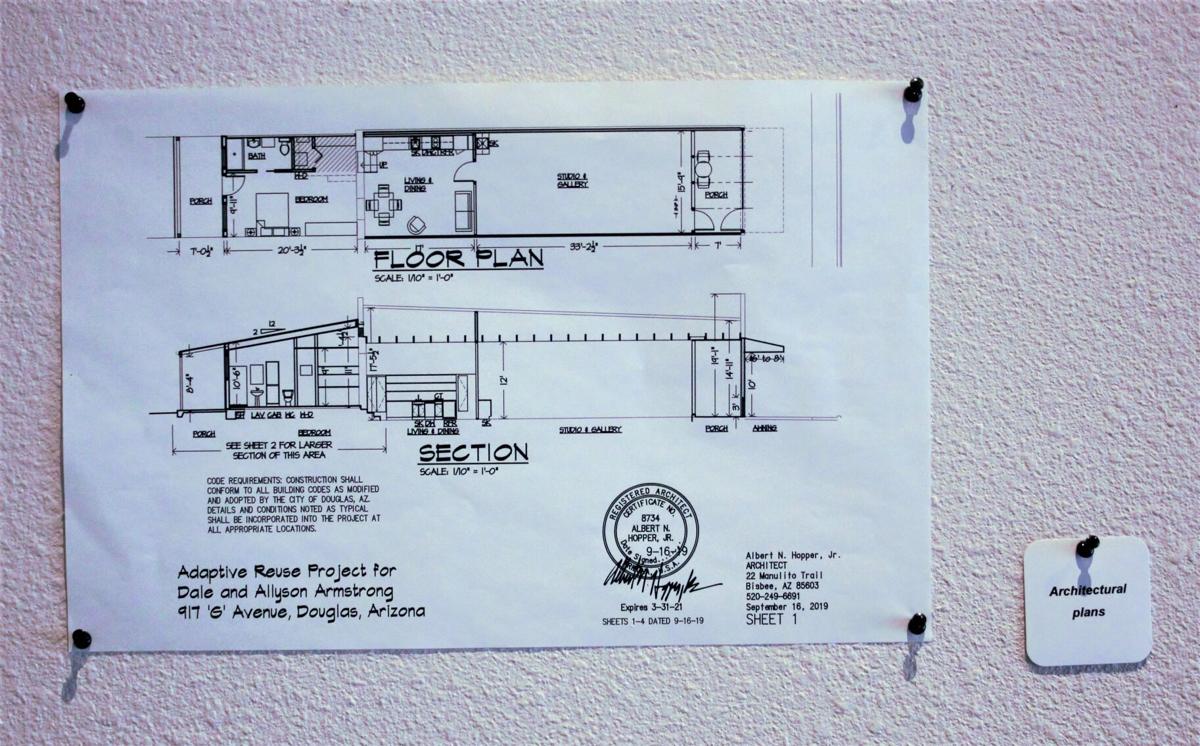 Pictured above is the architectural design for the new art studio on G Avenue.

Allyson Armstrong and Damian Dorame talk about some of the pictures on display at the Studio 917 Gallery, located on the east side of G Avenue between Coleman’s and Casa Enrique in the historic district.

Pictured above is the architectural design for the new art studio on G Avenue.

DOUGLAS — What began as a dream about six years ago for a Tucson couple who lives in Douglas part time became a reality last week when a “soft opening” was held at their new art studio on G Avenue.

The studio, called the Studio 917 Gallery, is located on the east side of G Avenue between Coleman’s and Casa Enrique in the historic district.

Currently on display are black and white photographs of the entire process from purchase, demolition and the restoration project up to now.

Dale and Allyson Armstrong, who are both retired, said they have been visiting Douglas frequently since about 1994.

“I’ve always appreciated the Douglas people and the architecture,” Allyson Armstrong said. “Whenever we were here we would walk or drive around looking at the streets and architecture and what people were doing to their houses, especially some of the historic homes. This town grabbed me like it does a lot of people.”

Allyson said she retired as a state park ranger and began looking for a building they could purchase, which would be another project for her.

“I’m a project person,” she said. “I wanted to purchase a building in Douglas that would help the town and also be a challenge for me. I looked at many buildings on G Avenue. This particular building turned up. It was in a trust and was being liquidated.”

Allyson said the building is about 16 feet wide and 75 feet long and didn’t go all the way to the alley, which is something she liked even more.

“Once we bought it we began looking for plans, ideas as to how we were going to use the building,” she said. “We found an architect, which was critical, and has been through this before and knows the codes. That was Albert Hopper in Bisbee. He primarily does commercial buildings but was glad to hop in on this one. He was very instrumental is helping get through fire codes, structure codes, evaluating floor space. What needed to be documented and where we could take it as far as use. Once we got the plans approved it was clear sailing. Ricky Byrd of Byrd’s Construction wanted the job. He wanted the job having grown up here. He was very willing and has a good crew.”

As the project began, Allyson said they discovered the floor was in good shape, had no termites and didn’t need to be replaced.

“We found out we could use the floor and the concrete columns but we couldn’t use much else structurally,” she said.

The front part of the building will be the art gallery while the back part will be living quarters where she and her husband will reside part time.

“People will be able to rent this space out for their exhibits,” she said. “We have a Cochise College exhibit coming in here in late April or early May. No specific date for that exhibit has been set yet.”

Allyson said when looking back at the pictures from when they first bought the building to now, it’s hard to believe how much work was accomplished in the amount of time it took.

“We’ve made a lot of friends since the project first began,” she said. “I don’t think I’m quite ready for the next project but this one has been a totally good experience.”

Allyson adds the next project is to get the gallery up and running as a business while working on their online and social media presence.

“Since I have not done any of my own art work, which is mixed media, I’m hoping to get back into that,” she said.

According to Allyson the building used to be part of Casa Enrique and before that was an insurance and financial services business.

Dale said he’s basically had a front row seat while Allyson undertook this project and he’s very proud and happy to see it come about.

“This has all been her vision and will be her legacy, not mine,” he said. “I’m fully in support of what she’s done and what it does for the community. I would have never visualized doing this.”

“We’ve always liked Southern Arizona,” Allyson said. “We’re really familiar with the landscape and the climate. We’ve traveled a lot but we really like it here.”