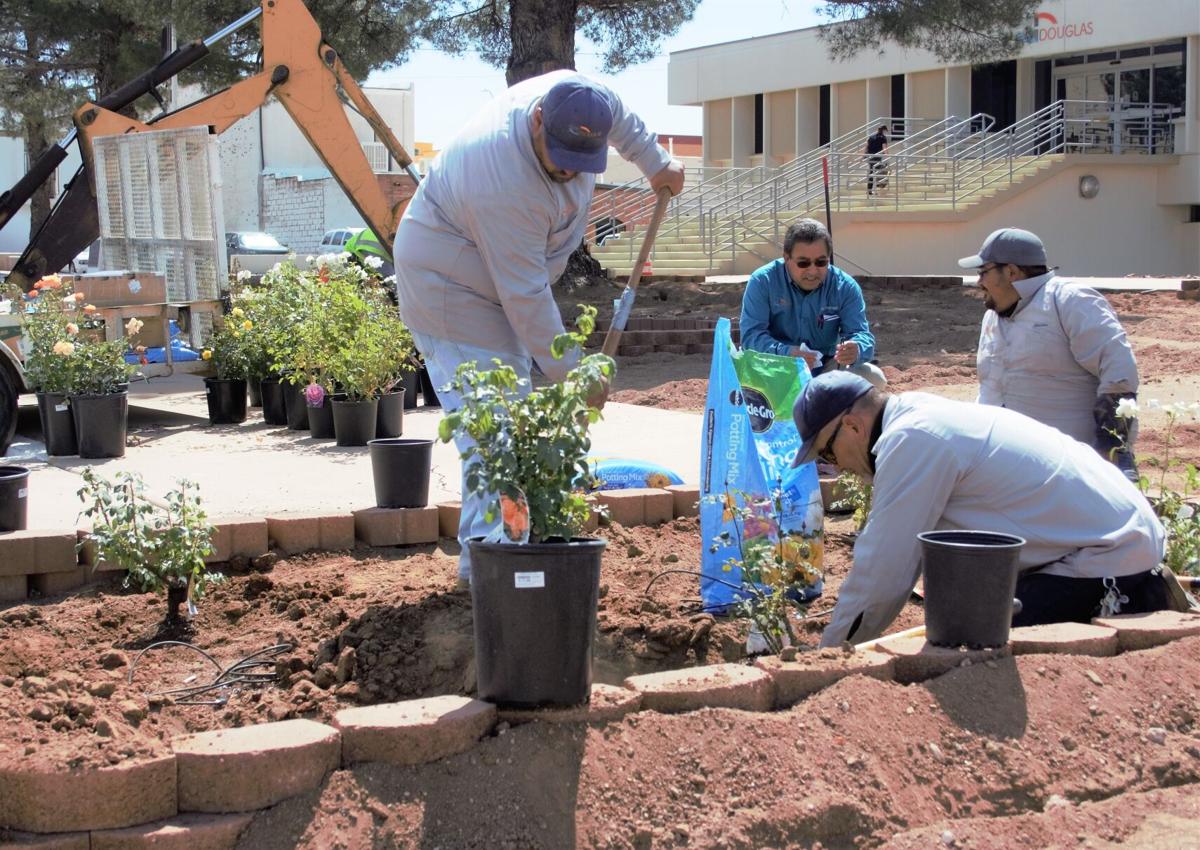 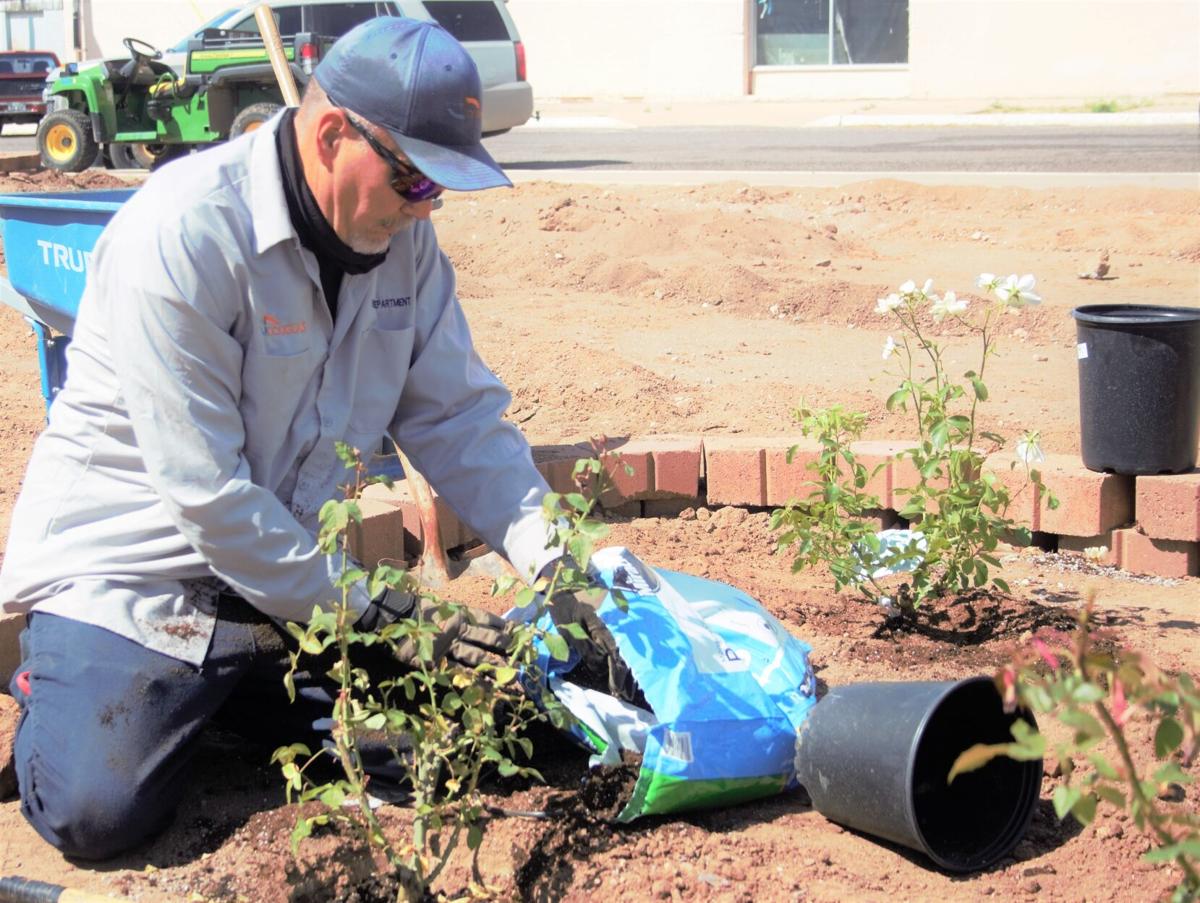 Luis Rivera, who five years ago had a hand in the removal of the rose bushes at City Hall, adds potting soil to some of the bushes he replanted Monday at City Hall.

Luis Rivera, who five years ago had a hand in the removal of the rose bushes at City Hall, adds potting soil to some of the bushes he replanted Monday at City Hall.

DOUGLAS — The community stepped up when asked and as a result 36 rose bushes were planted in front of City Hall this week.

Work on planting the rose bushes began early Monday morning and continued throughout the day on Tuesday. City crews also installed a new irrigation system. Starting on Friday 600 rolls of sod will be laid down as a final touch to the beautification project that was announced earlier this year.

Part of that beautification project was the “Bloom Douglas Initiative,” a rose bush donation program intended to encourage community engagement. For $35 residents were able to donate money that was used to purchase the rose bushes.

“The Bloom Douglas Initiative was well received by the public,” said Jennifer Smith, leisure services manager for the city of Douglas. “We started getting donations almost immediately when the marketing campaign went out. To date, we’ve received 39 rose bush donations. The city thanks the Douglas community for the generous contributions. If anyone is still interested in donating, they can contact us or visit our website to find out how. The next round of donations will help us fulfill the south lawn of City Hall. We hope to have more donation programs to help us continue to beautify Douglas and allow the community to participate.”

There is still time to donate to the project. Those interested in doing so may stop by City Hall to fill out a donation form or donate online at www.douglasaz.gov/520/Bloom.