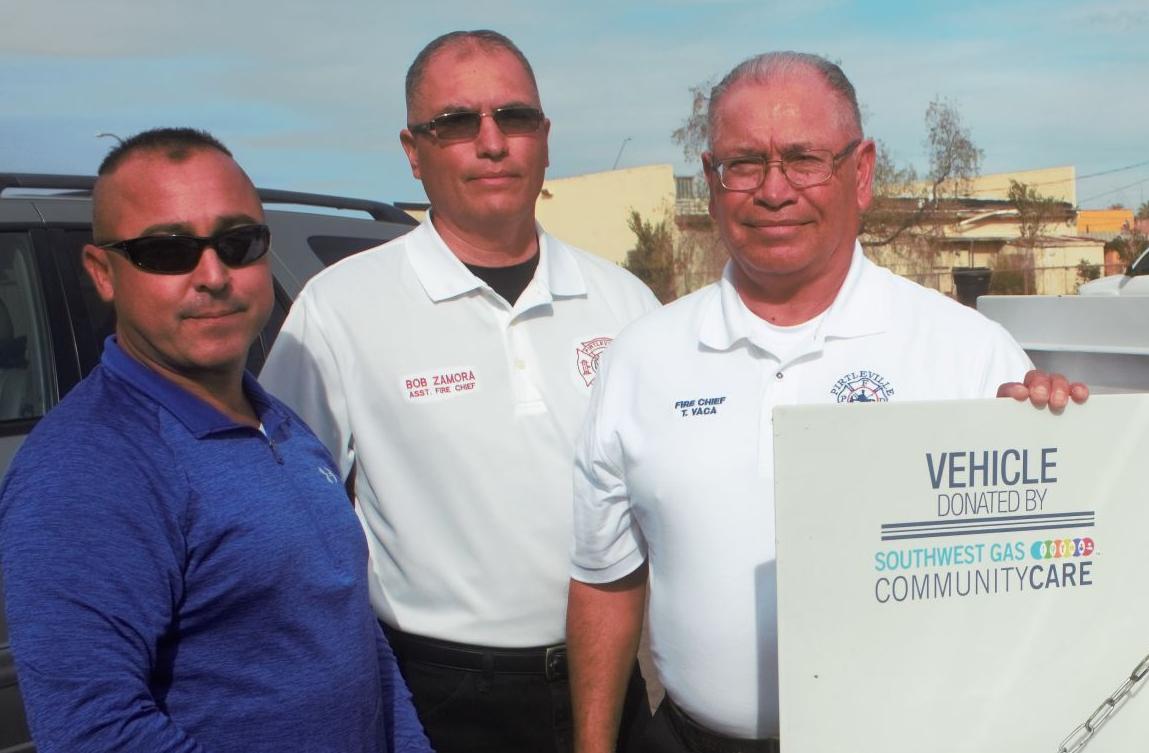 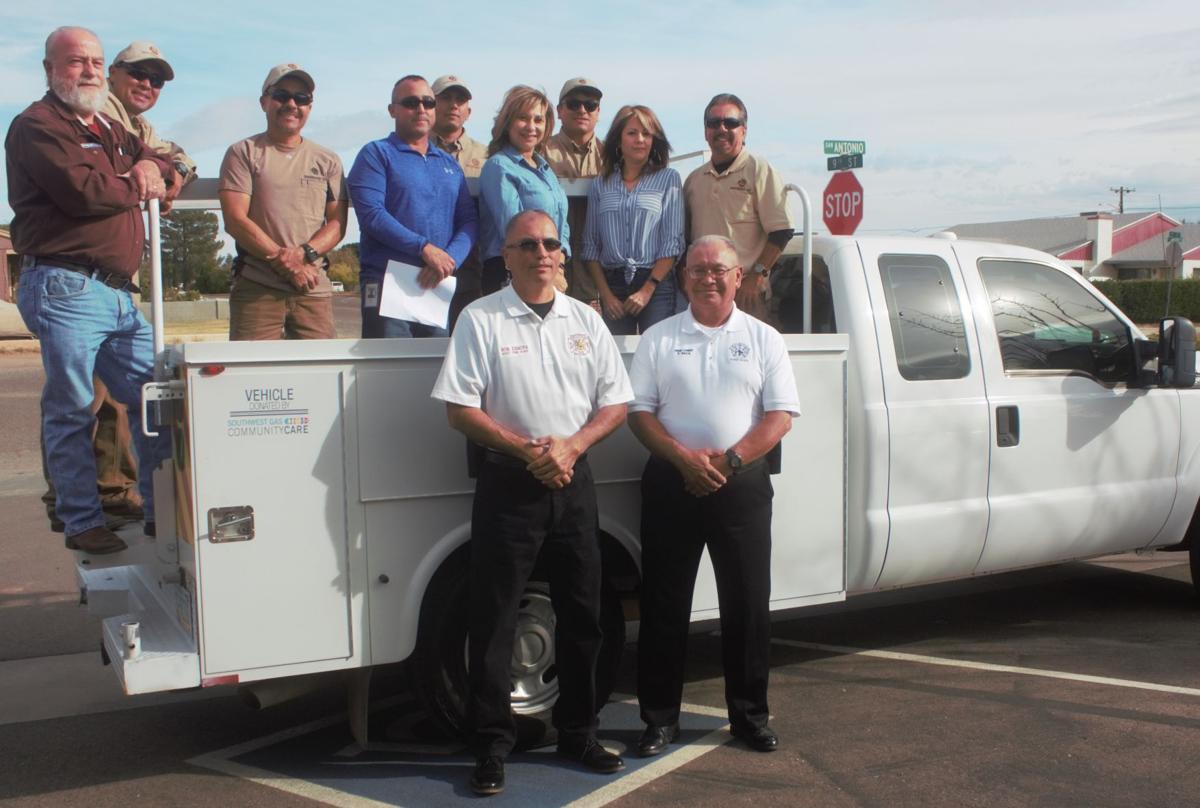 The staff of Southwest Gas pose for a picture with Bobby Zamora and Tony Vaca of the Pirtleville Volunteer Fire Department next to a truck SWG recently donated to the PVFD.

The staff of Southwest Gas pose for a picture with Bobby Zamora and Tony Vaca of the Pirtleville Volunteer Fire Department next to a truck SWG recently donated to the PVFD.

For the second time in less than a month, Southwest Gas, has donated a truck to another local organization.

According to Jim Creason, manager of the Southwest Gas Douglas office, the truck that was donated has been well maintained, has new tires on it, and approximately 118,000 miles.

“The Pirtleville Fire Department reached out to us saying they needed an additional vehicle for their fleet and with the support of our vice president, Julie Williams, and director Tom Muise, we were able to give them a nice vehicle that’s in great condition,” Creason said. “We are elated that we can help them out with this.”

PVFD Fire Chief Tony Vaca, and assistant chief Bobby Zamora, were on hand to receive the truck from SWG.

“I don’t know what to say,” Chief Vaca said. “This is something we never expected. It totally blew us all out of the water. We can’t thank Southwest Gas enough. They’re just not helping us, but also the whole community. We really appreciate it.”

“We appreciate what you do for the community as well,” Creason responded. “We see you out there, we’ve worked with you guys on runs, side by side on different incidents. It’s something the gas company wants to give to the community. We appreciate all that you guys do.”

Zamora said plans are already being made as to how this truck will be used at the PVFD.

“Were going to use it for our cascade system which is air that we refill in our air tanks,” he said. “It’s clean air that we can actually make right there whereas before, we’d have to go to the Douglas Fire Department to refill our tanks. Even during the fire this cascade machine will allow us to refill our tanks right there on the spot. We’re going to use it wisely and to our advantage.”

A cascade filling system is a high-pressure gas cylinder storage system which is used for the refilling of smaller compressed gas cylinders.

Chief Vaca said the truck, which is white, will be painted red and then have a white PVFD logo on each of the doors.

With this latest addition, the PVFD has five trucks in its fleet, three of which are fire trucks.