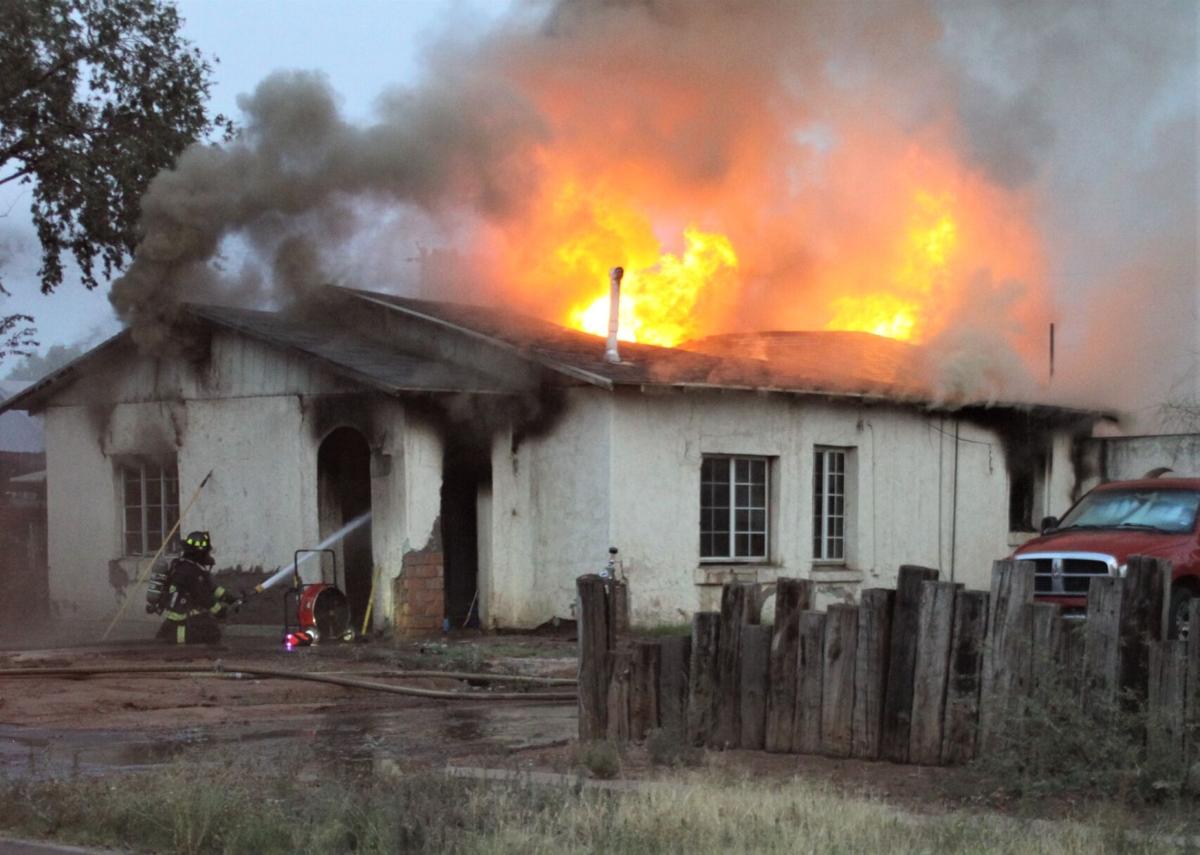 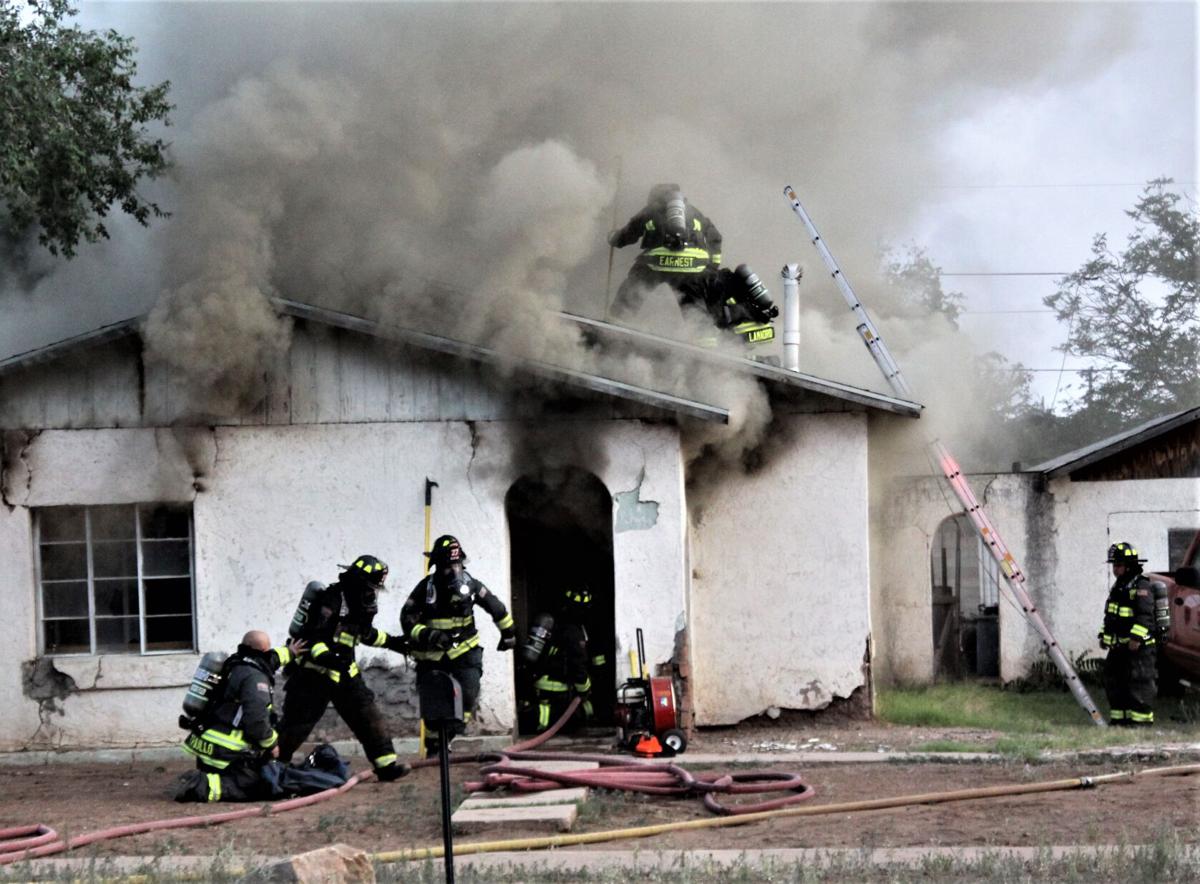 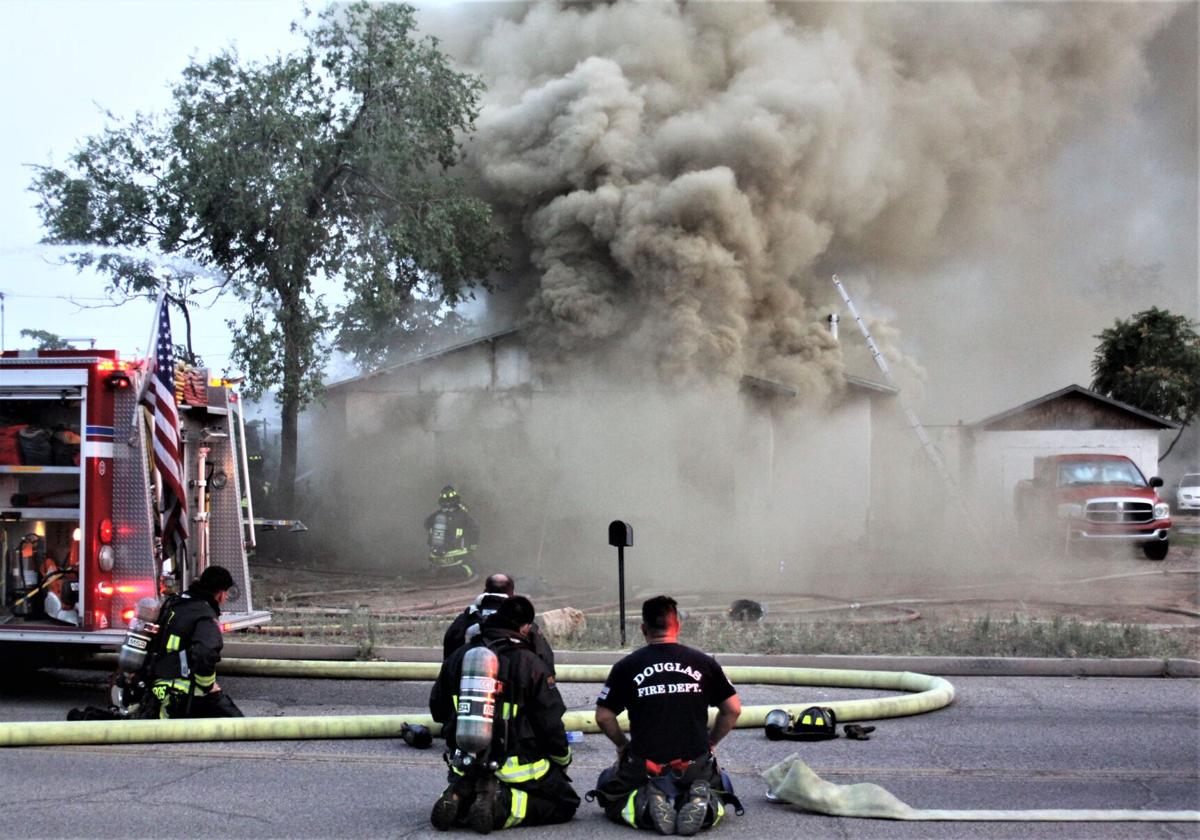 Thick smoke bellows out of the residence in the 900 Block of 20th Street Sunday night.

Thick smoke bellows out of the residence in the 900 Block of 20th Street Sunday night.

DOUGLAS — Faulty wiring with a cooler is being considered as the cause of a fire that destroyed a home and displaced a family of four Sunday evening.

The Douglas Fire Department received a call of a structure fire in the 900 Block of 20th Street around 6 p.m. arriving on scene with its ladder truck and one fire engine. Upon arrival firefighters saw flames were coming out of the back part of the residence and thick smoke out of the front.

The home’s adobe structure created some problems for the firefighters as they worked to keep it from spreading to nearby homes and to a Dodge Ram truck that was parked next to the burning home. Other than some minor smoke damage to the exterior, the truck was not damaged. The home however was not as fortunate and suffered considerable damage and is considered a total loss.

After about an hour of battling the blaze, additional firefighters responded with a second fire truck. By 8 p.m. the DFD had all three of its fire trucks, two ambulances and approximately 15 personnel on scene.

No one was reportedly home at the time of the blaze. It was later discovered that the homeowner Raul Garcia, and his finance had been at the Douglas Emergency Department where Garcia was being treated for a medical condition. As they left the ED they turned up 20th Street only to find the street closed by emergency vehicles and their house on fire.

Eli Garcia, Rudy’s son, said his dad who is 70, his dad’s fiance, her daughter and aunt had been residing at the home prior to the fire. He added the family had no insurance on the home and is uncertain as to what they are going to do at the moment.

The DFD initially cleared the scene around 9:30 p.m. only to return an hour later after a hotspot reignited.

DFD Fire Chief Kevin Lomeli stated he has put the Red Cross in touch with the family hoping they can provide some kind of assistance.

Three days earlier, on Aug. 20, the DFD had to extinguish a fire that destroyed a U.S. Postal Service vehicle that was out delivering the mail. The driver of the postal vehicle, Sammy Silva of Douglas, was not injured and managed to save the mail that was inside.

The postal vehicle was completely destroyed in the blaze. The cause into that fire remains under investigation.