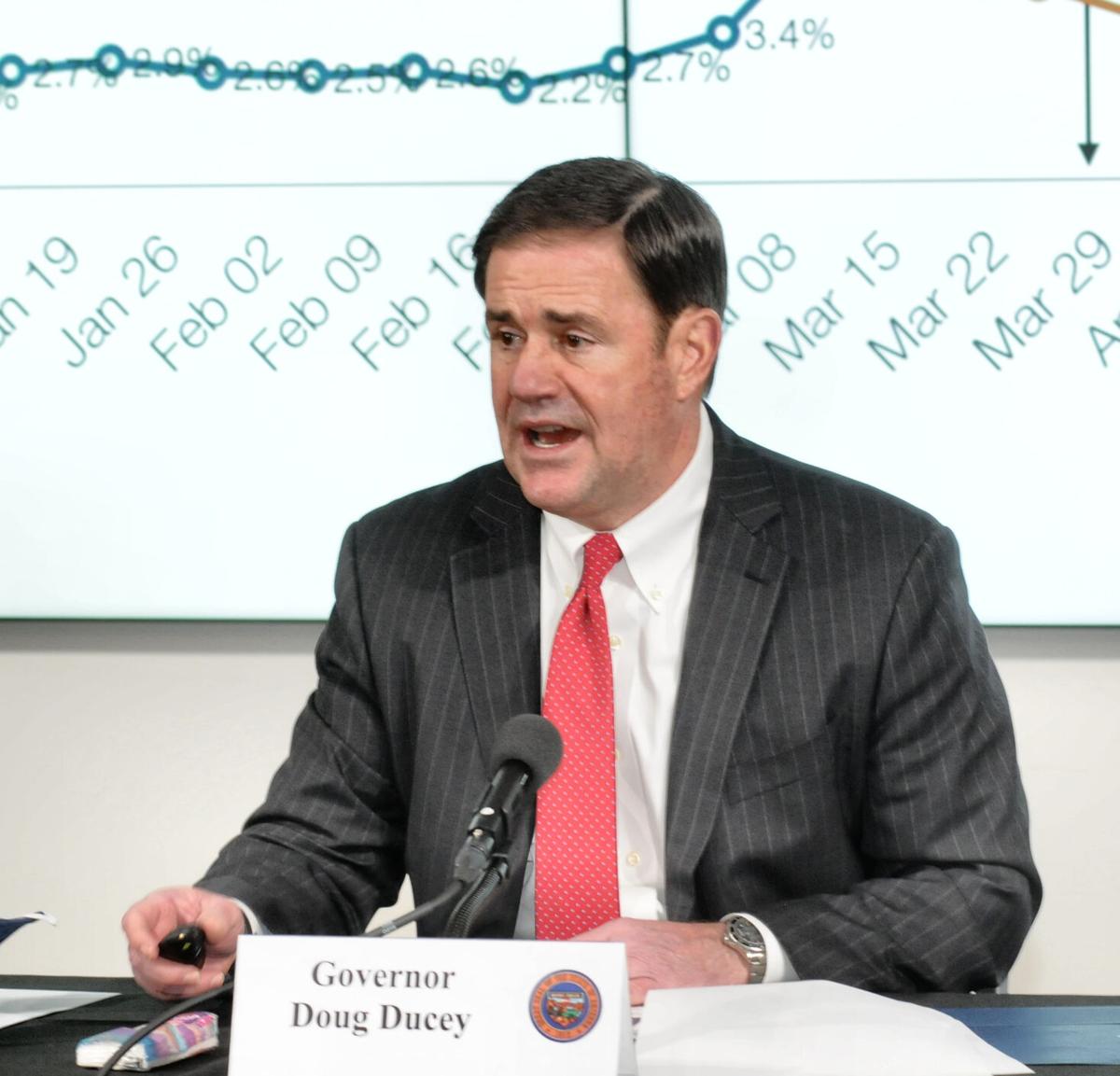 Governor Doug Ducey is encouraging Arizona voters to reject three of the four measures expected to be on November's ballot. 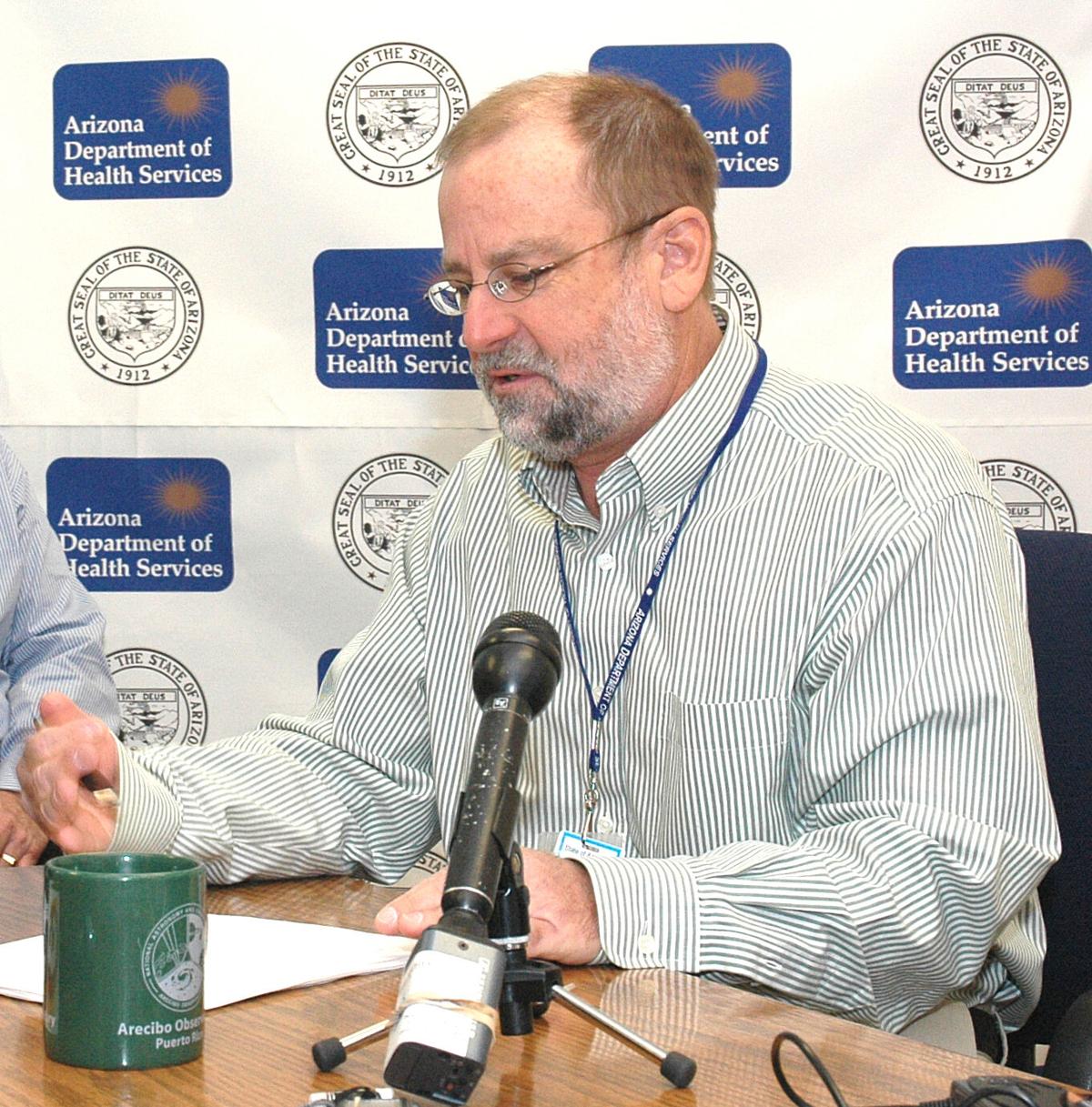 Will Humble, executive director of the Arizona Public Health Association, has submitted two arguments in regards to recreational marijuana — one in favor and one against.

Governor Doug Ducey is encouraging Arizona voters to reject three of the four measures expected to be on November's ballot.

Will Humble, executive director of the Arizona Public Health Association, has submitted two arguments in regards to recreational marijuana — one in favor and one against.

PHOENIX — If you get your advice from Doug Ducey, you’re going to want to vote against at least three of the four measures expected to be on the November ballot.

The governor has submitted statements in opposition to proposals to legalize recreational uses of marijuana, increase taxes on the wealthy to help fund education, and a third with various provisions relating to hospitals and health care.

But he took no position on a fourth ballot measure to give judges more discretion in sentencing.

On marijuana, the governor called what is expected to be on the ballot as Proposition 207 “a bad idea based on false promises,” saying the experience from other states shows it will lead to more highway deaths, dramatic increases in teen drug use and more newborns exposed to marijuana. Anyway, Ducey said, the current system of medical marijuana, approved by voters in 2010 “is serving the people who need it for health-related reasons.”

Ducey is not alone, particularly on the issue of whether Arizonans should be able to legally buy and possess marijuana for personal use. The secretary of state’s office got dozens of arguments from foes.

All those arguments will be placed into publicity pamphlets mailed to the homes of all registered voters.

So will the handful of arguments in favor of the measure, including one from former Gov. Fife Symington III.

“Today the evidence is overwhelmingly clear: criminalizing law-abiding citizens who choose to responsibly consume marijuana is an outdated policy that wastes precious government resources and unnecessarily restricts individual liberty,” he wrote. “A far more logical approach would be to respect the right of adults to choose to consume marijuana while regulating and taxing its production and sale.”

He has at least a passing familial interest in the issue: His son, Fife Symington IV, is managing director of Copperstate Farms which operates what is believed to be the largest medical marijuana cultivation facility in the state. And those already involved in medical marijuana are going to get first crack at the expanded recreational system if voters approve.

The pamphlet actually contains two arguments by Will Humble, executive director of the Arizona Public Health Association, one in favor and one against.

Humble told Capitol Media Services his organization sees the issue through a pair of lenses.

On one hand, he said, there are members of his organization who support the idea of “criminal justice reform,” getting rid of state laws that make it a felony to have any amount of marijuana at all.

“But, on the other hand, there is good evidence that these retail marijuana laws increase access to people under 21,” Humble said. “It’s harmful to adolescents.”

He said voters will get to read both perspectives.

“I’m probably going to vote for it,” Humble said, saying there’s no reason to make felons out of people who have small quantities of marijuana. “Even if they don’t do time for it ... part of it is going through being arrested, paying the fees for the court, suffering through the criminal justice system, paying for all those classes they make you take.”

On the other side are Pima County Attorney Barbara LaWall and Sheila Polk, her Yavapai County counterpart. The measure also is opposed by Cathi Herrod, president of the Center for Arizona Policy whose organization if financing much of the campaign against the initiative.

Most of the support comes from members of the education community like Joshua Buckley, president of the Mesa Education Association.

“A decade of cuts to education have hit hardest on our state’s most vulnerable population — our children,” he wrote.

And Steve Adams, co-president of the Tempe School Education Association, said the funding is needed to make up for cuts made during the past decade.

The measure would affect only the top 4 percent of earners in Arizona, raising the rate only on earnings of more than $250,000 a year for individuals and $500,000 for couples filing jointly. It is billed as raising $940 million a year for K-12 education.

“That’s a whopping amount, especially considering that our economy is recovering from recession and high unemployment,” Ducey wrote. And he aid there is no guarantee how much of this actually would wind up in the classroom.

Various business groups also have taken positions against the measure. And state Sen. Vince Leach, R-Tucson, said the measure “will result in a huge drag on the overall economy.”

“If we can’t grow the economy, we can’t invest in schools and raise teacher pay,” he argued.

The education tax measure now may not make the ballot at all, after a judge declared Friday the information on petitions signed by supporters to be incomplete and erroneous. An appeal is expected.

The health care measure, Proposition 208, pulls some of the same interests together in opposition.

It would require a 20 percent pay hike for hospital workers, impose new infection-control standards on hospitals, provide protections for insured patients against “surprise” medical bills for out-of-network care, and guarantee that people with pre-existing conditions can get affordable health insurance.

Glenn Hamer, president of the Arizona Chamber of Commerce and Industry called it part of a “radical agenda” by “out-of-state special interests.” That refers to the fact the measure is being financed by a California chapter of Service Employees International Union.

“Dramatically increasing health care costs at a time when the Arizona economy is struggling with double-digit unemployment rate and record jobless claims will devastate hardworking families and delay the state’s economic recovery,” he said.

But it has support from groups ranging from the Arizona Faith Network and Living United for Change in Arizona to Poder Latinx and the Sky Harbor Lodge 2559 of the International Association of Machinists and Aerospace Workers.

The lone item Ducey has not weighed in on is Proposition 209, designed to partly reverse laws on mandatory prison terms imposed in 1978 and modify the 1993 “truth in sentencing” law that requires criminals to serve at least 85 percent of their term before being released.

It also would end the ability of prosecutors to “stack” multiple charges committed by someone before arrest to allow them to have the person designed a repeat offender.

State lawmakers actually approved that change last year only to have it vetoed by Ducey because of what he said where “unintended consequences that may raise from this legislation.”

Dawn Penich-Thacker and Beth Lewis, co-founders of Save Our Schools Arizona argued that the state now spends more on incarcerating people than in state aid to colleges and universities.

“By emphasizing rehabilitation, reintegration training and smarter sentencing, the Second Chances Act addresses the other side of the school-to-prison pipeline that holds back too many Arizona families,” they said.

But Polk, the Yavapai County attorney, said voters should not dismantle the sentencing code.

“It will, once again, allow many very serious and repeat offenders to serve only half of their sentence before being released back on our streets and into our communities,” she said. And Polk said the current laws ensure that people are sentenced based on their crimes and not “who you are, where you live, and who your sentencing judge is will determine your sentence.”