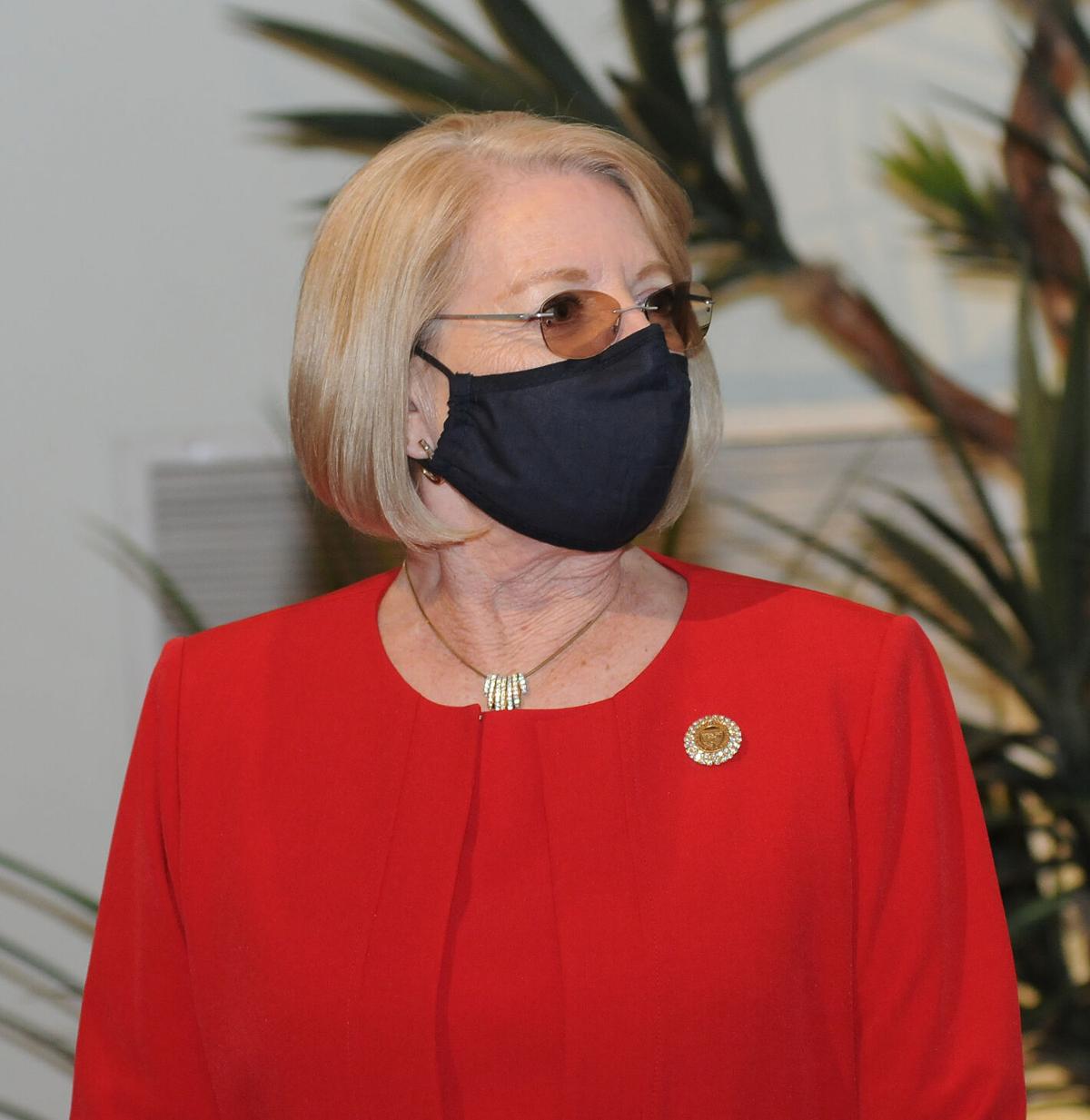 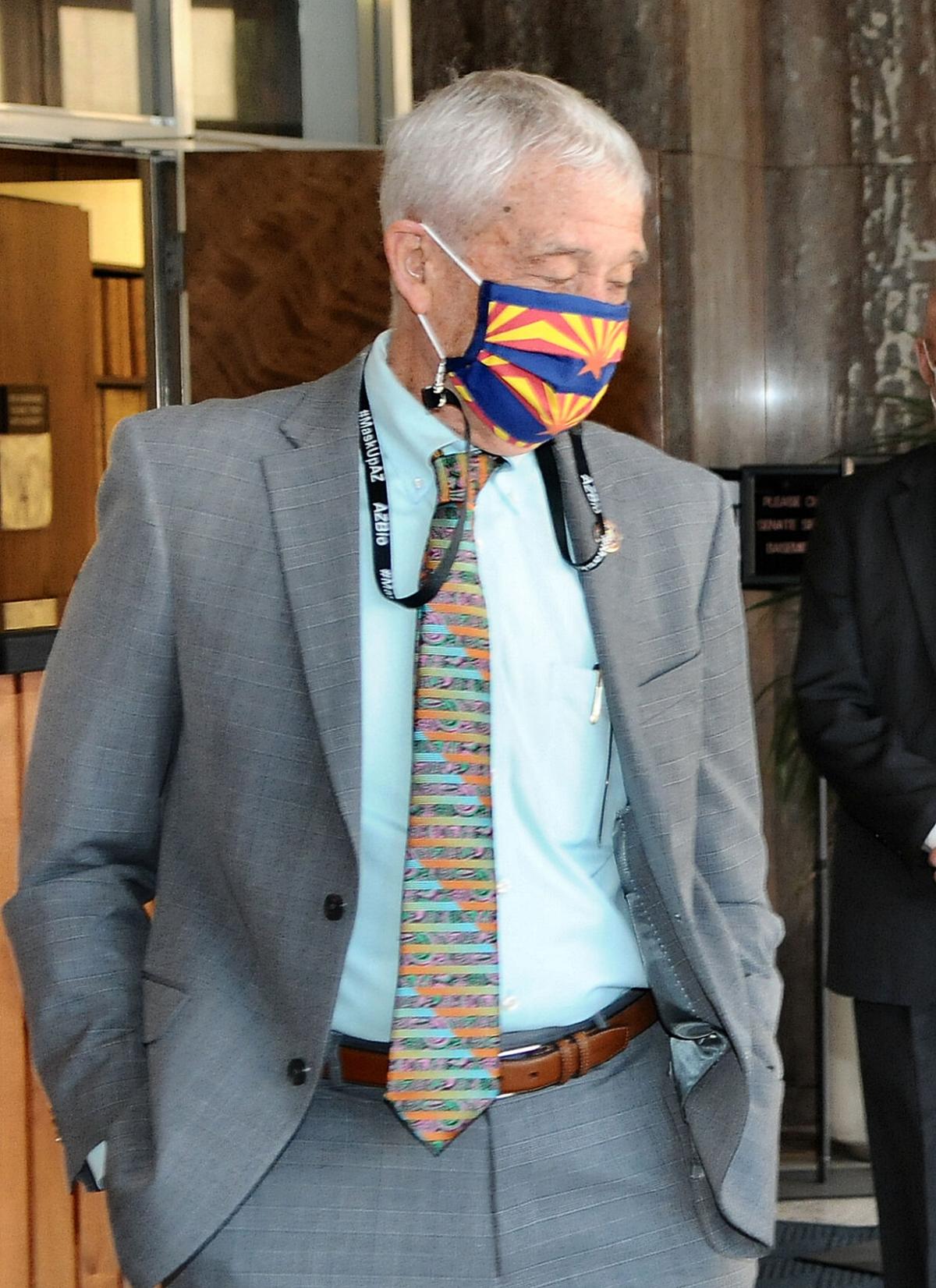 Maricopa County Supervisor Jack Sellers earlier this year at the state Senate, responding to a subpoena.

Maricopa County Supervisor Jack Sellers earlier this year at the state Senate, responding to a subpoena.

PHOENIX — The chairman of the Maricopa County Board of Supervisors is pretty much telling Senate President Karen Fann what she can do with her invitation for a Q & A session.

In a sharply worded statement, Jack Sellers said Fann is effectively accusing county officials of deleting files off a server before it was turned over to the Senate as part of a subpoena.

Sellers was equally miffed at other allegations in Fann’s letter to him earlier this week questioning why ballot bags were not secure, asking about disparities in ballot counts and saying the county has not provided chain of custody documentation for the ballots.

In was in that letter that Fann asked Sellers, other board members and other relevant county officials to show up at the Senate Tuesday to “constructively resolve these issues and questions without recourse to additional subpoenas or other compulsory process.’’

“After reviewing the letter with county election and IT experts, I can say the allegations are false and ill-informed,’’ Sellers responded.

“Moreover, the claim that our employees deleted election files and destroyed evidence is outrageous, completely baseless and beneath the dignity of the Arizona Senate,’’ he continued. “I demand an immediate retraction of any public statements made to the news media and spread via Twitter.’’

And as far as showing up Tuesday, Sellers has his own plan.

“The Board of Supervisors will hold a public meeting on Monday to refute lies and lay out facts about these issues,’’ he wrote.

County Recorder Stephen Richer had his own response to the Senate claims that there is something amiss.

Richer was not the recorder at the time of the election, having defeated Democrat Adrian Fontes.

But he took control of the office in January and was in charge of preparing all the materials for delivery to the Senate. And Richer said he sees the letter as a claim that he didn’t do his job.

Richer said he came to the office to lawfully and fairly administer the duties, “not be to accused by my own part of shredding ballots and deleting files for an election I didn’t run.’’

Fann told Capitol Media Services she has yet to hear from Sellers or anyone at the county about her invitation.

She said, though, they are missing the point if they are characterizing her letter as one of accusations. Fann said the demand for a retraction makes no sense at all.

“I didn’t accuse them of anything,’’ she said. “I’m asking, ‘Please, here’s the questions we have, would you please sit down and talk to us about it?’ ‘’

But Fann made it clear the planned Monday meeting by the supervisors is not a replacement for what she wants.

“He’s going to put out something that may or may not answer our questions,’’ she said. “I don’t understand what they’re so afraid of. Why can’t they just sit down with us and give us an answer and explain?’’

She said both sides need to be in the same room for a dialog.

“Sometimes, if you don’t get a straight answer or somebody gives you an incomplete answer, it’s nice to have those follow-up questions like, ‘Wait a minute, I don’t understand what you meant by that’ or ‘If this is true, can we assume that that is true as well’ or whatever,’’ Fann said.

“The want to control their own narrative but don’t want to answer simple questions? I don’t know.’’

The war of words comes as the Senate-ordered audit of the 2020 election returns goes on hiatus for more than a week.

That’s because the review of the 2.1 million ballots, which Senate-hired contractor Cyber Ninjas said in its scope of work contract would take just 20 days, has actually checked fewer than 500,000 since the six-day-a-week review began April 23. The Veterans Memorial Coliseum, where the counting has taken place, is now needed for more than a week to host previously booked high school graduation ceremonies.

Sellers, in his follow-up message to Fann’s request, took a separate swipe at Cyber Ninjas, pointing out the firm and the subcontractors are not auditors and not certified by the U.S. Election Assistance Commission to audit and review equipment.

“It’s clearer by the day: The people hired by the Senate are in way over their heads,’’ he wrote. “This is not funny; this is dangerous.’’

Fann said the only purpose behind the audit is to respond to constituents who question the returns that showed Joe Biden defeating Donald Trump in Maricopa County by 45,109 votes.

As of election day, Republicans held an approximately 100,000 edge in voter registration over Democrats. And, with the exception of the race for U.S. Senate won by Mark Kelly, most GOP candidates won their own races.

That margin for Biden in Maricopa County helped the Democrats overcome support for Trump in other counties, giving him a 10,457-vote lead and the state’s 11 electoral votes.