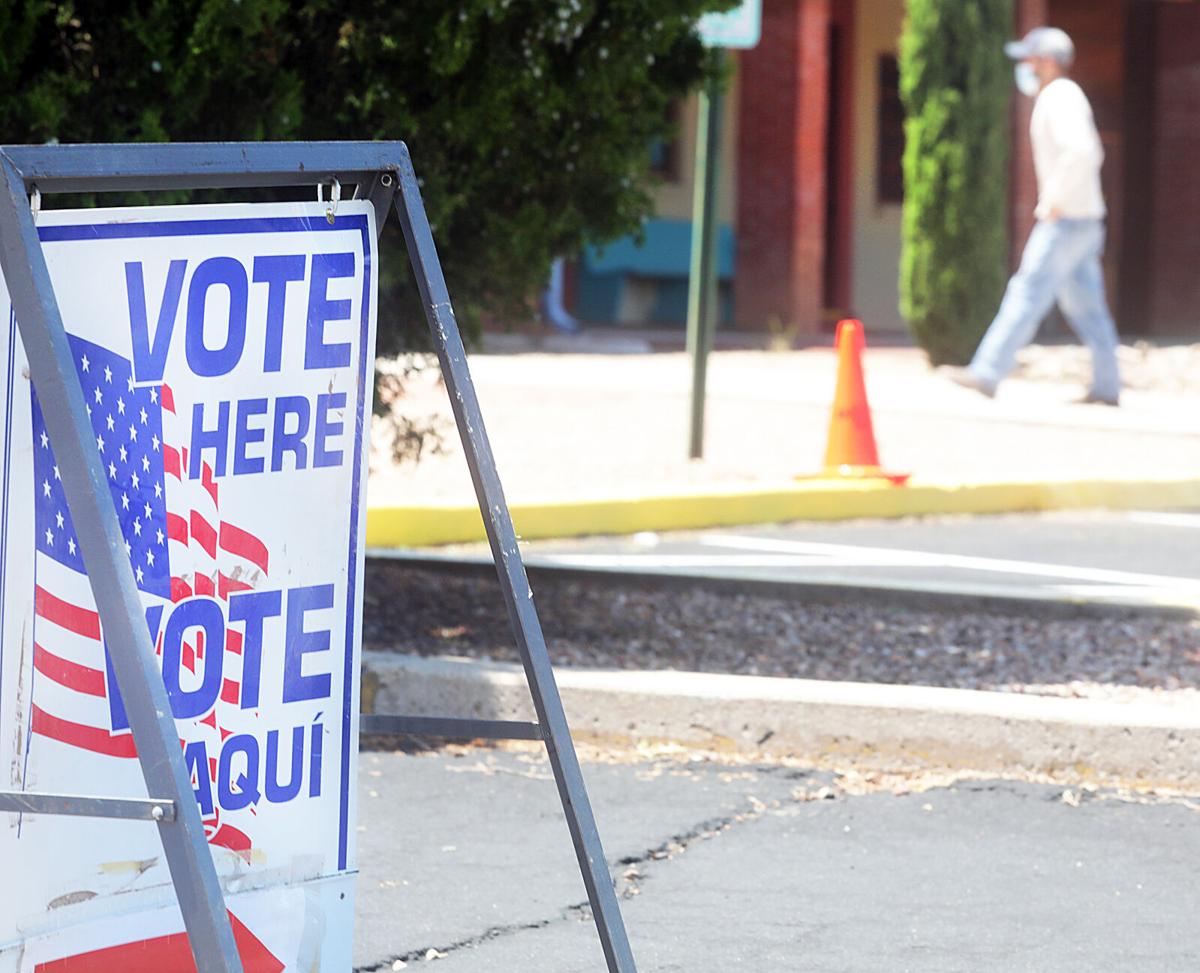 A Cochise County voter moves to cast a ballot Tuesday in Sierra Vista. 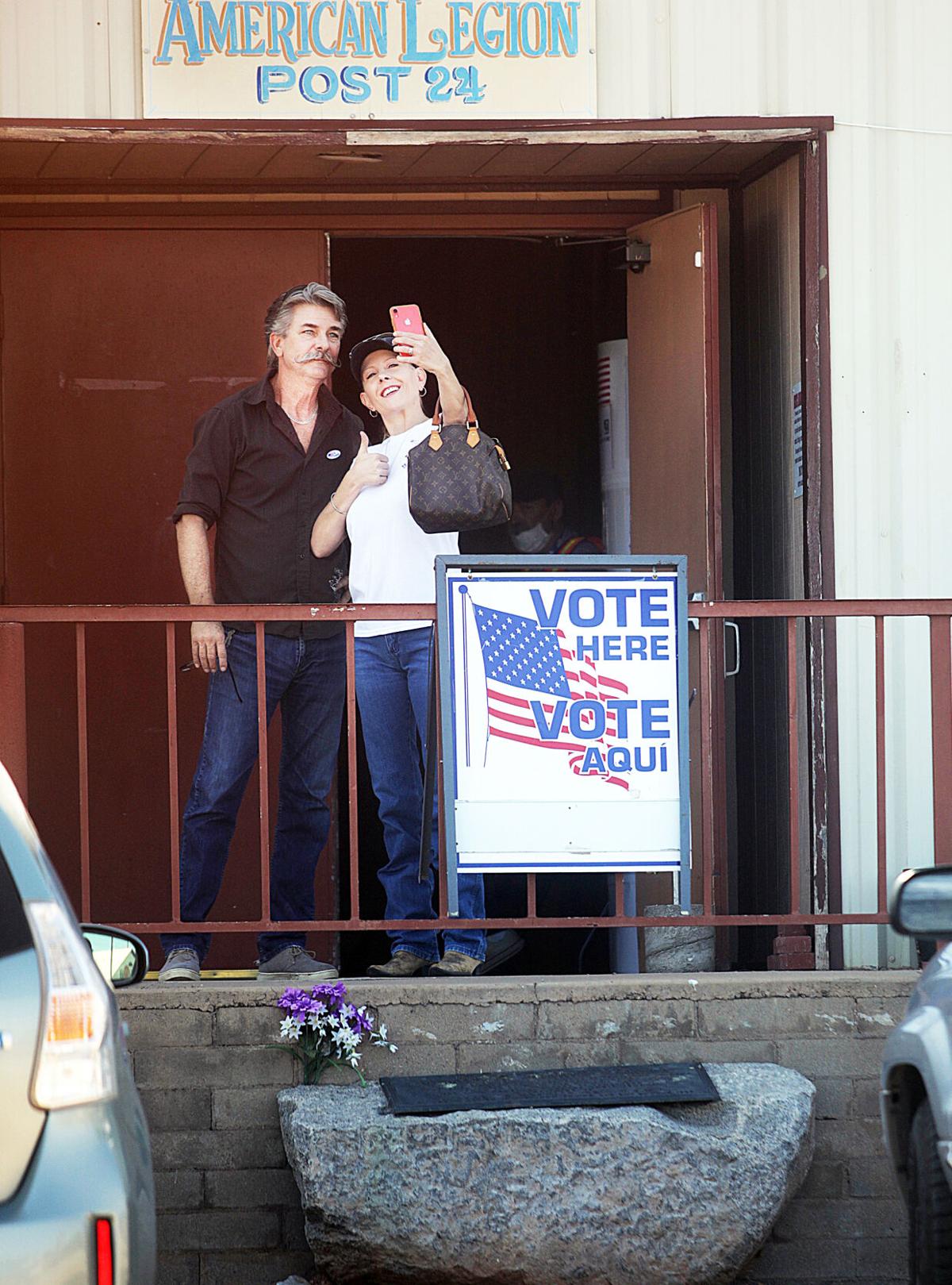 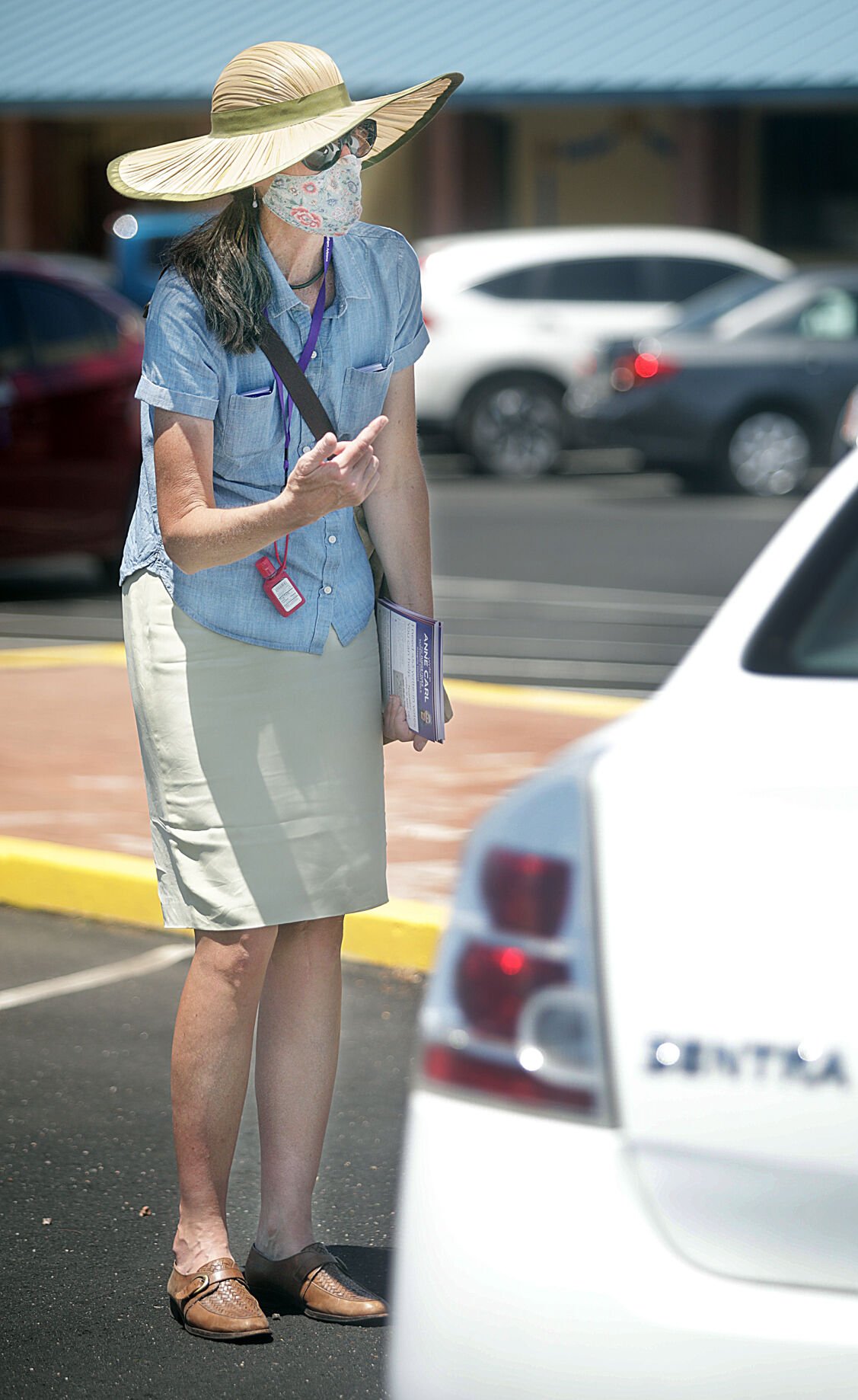 A Cochise County voter moves to cast a ballot Tuesday in Sierra Vista.

SIERRA VISTA — The Arizona primary election swept through Tuesday with few surprises in state races, but with some upsets brewing in local contests where a handful of incumbents were facing being knocked off the ballot based on preliminary returns.

And because the coronavirus prompted many to vote by mail, it seemed to make the process easier for those who cast their ballots in person, at least according to a handful of voters at one precinct in Sierra Vista’s West End.

“This was much quicker because of COVID-19,” said Aaron Patton. “Most people voted early and by mail.”

Sierra Vista resident John Kane agreed, saying the voting experience went smoothly because volunteers at the voting center were well-versed in the process.

But the process was anything but smooth at the Cochise County Elections Office where results were promised online by 8 p.m., but never came.

Elections Supervisor Lisa Marra said the county’s website was down and the IT department was trying to fix the problem.

The Arizona Secretary of State’s website meanwhile, had a steady stream of numbers flowing through. By 8:30 p.m., the website was showing that over 1 million ballots had been cast with 27 percent voter turnout.

Marra provided preliminary results to the Herald/Review via email about 9:25 p.m., then again just before 10 p.m. None of the results are final as an unknown number of ballots remained to be counted as of Tuesday night.

At that point the preliminary numbers did not bode well for at least one member of the Cochise County Board of Supervisors, Tom Borer. His opponent Tom Crosby led with 3,485 votes against Borer’s 3,267. Borer’s colleagues Ann English and Peggy Judd, however, fared better. English preliminarily commanded 75 percent of the votes, in exchange for Gerald Curfman’s 23 percent. Judd and her opponent Heather Floyd were a lot closer, with Judd taking almost 51 percent of the votes and Floyd grabbing 48 percent.

Three attorneys vying to become the next Cochise County Superior Court judge in Division 5 left one Republican candidate standing, Jason Lindstrom. Preliminary results showed Lindstrom ahead of fellow Republican opponent Roger Contreras by a wide margin of 67 percent to 30 percent of the votes.

The county website was back up as of 12:45 a.m. and preliminary results for write-in candidate were also posted. Anne Carl, running as a Democrat in the primary for Judge of the Superior Court Division 5, appeared to well exceed the threshold needed to make the November ballot.

Sierra Vista attorney Adele Drumlevitch meanwhile, the only Democrat running for justice of the peace for Sierra Vista’s Justice Court Precinct 5 contest, will go up against Republican Kenneth Curfman. The latter was ahead of fellow Republicans Kristina-Guerrero-Sisneroz and Wima Mrosek-Richards.

Bisbee, Benson, Tombstone and Willcox each had races in the primary election, but not all the familiar faces kept their seats. In Bisbee, preliminary results after 10 p.m. were showing a loss for Mayor David Smith with 776 votes and newcomer Ken Budge with 928 votes. Incumbent council member Louis Pawlik also was ahead over opponent Donna Pulling, but only by 20 votes, preliminary results showed.

Benson will get a new mayor in Joe Konrad, and current Mayor Toney King, along with Patrick Boyle and Nick Maldonado, were all set to make the November ballot as council candidates.

For Ward 2, incumbent councilman Bill Barlow was slightly ahead of opponent David Legas though, grabbing 71 votes to Legas’ 39.

And in Willcox where three people were running for a chance to sit on the City Council, candidates Rachel Garza, Gregory Hancock and Carl Hestand were all set to make the November ballot.

For the most part, incumbents on the state end of the spectrum rolled through comfortably, winning in their respective races.

State Senator David Gowan, a Republican, will face Democrat opponent Bob Karp. And in the state House of Representatives for District 14, Gail Griffin and Becky Nutt, both Republicans, will compete against Democratic opponents Kimberly Beach-Moschetti and Ronnie Maestas-Condos.

Kirkpatrick will square off against Republican Brandon Martin in November. Martin was ahead of competitors Noran Eric Ruden and Joseph Morgan by significantly wide margins.

Editor's note: A previous version of this story incorrectly stated which Benson and Willcox city council candidates would make the November ballot.