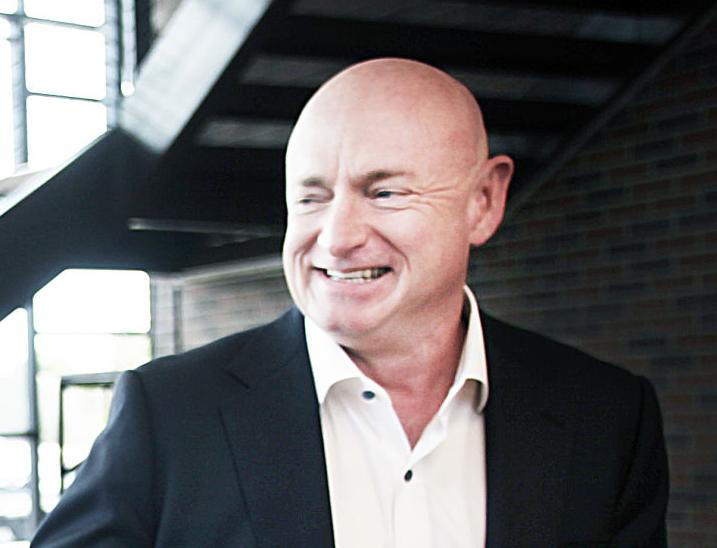 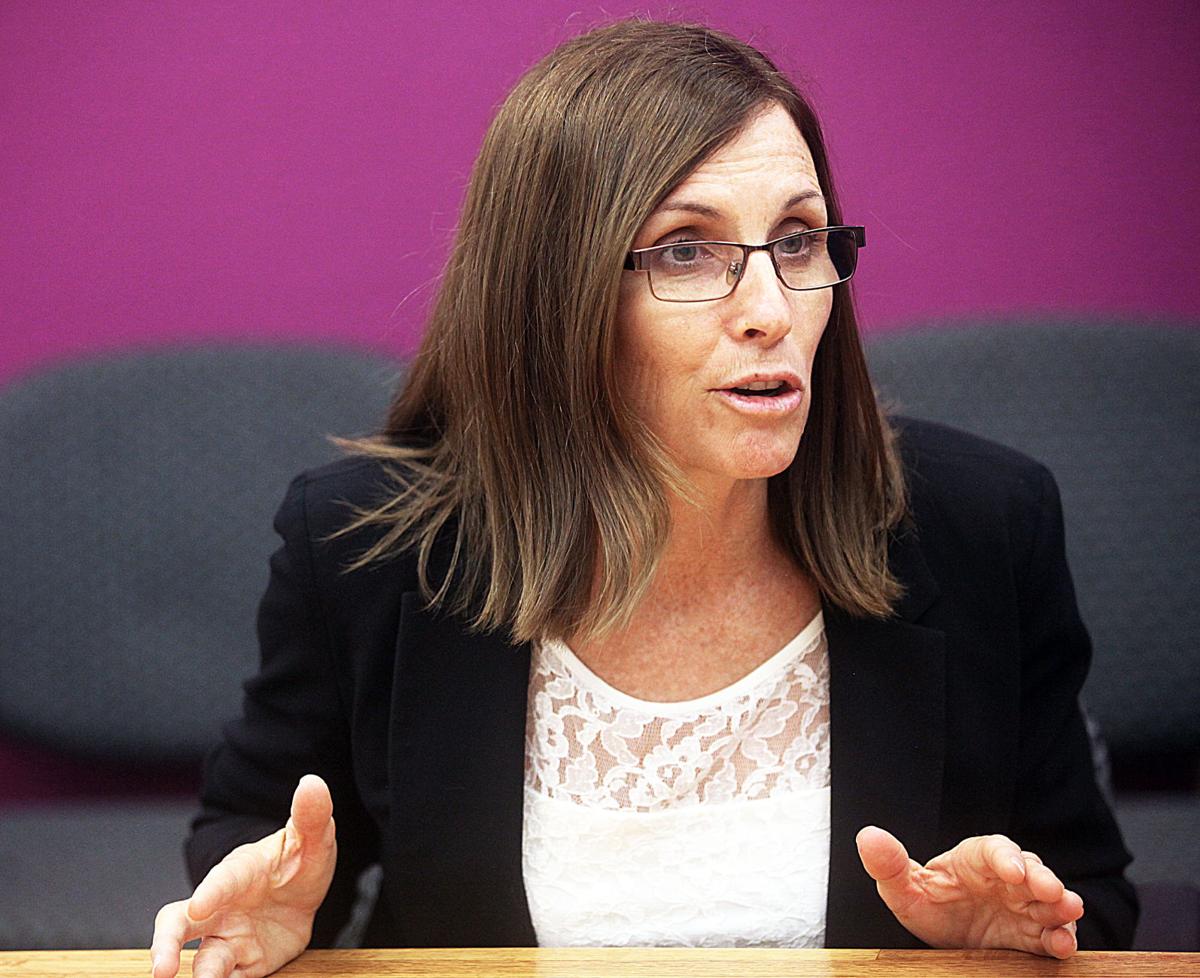 National Republicans are hitting Democratic Senate hopeful Mark Kelly over investments in the business he co-founded from a major Chinese business, but incumbent Sen. Martha McSally also had investments tied to Chinese companies.

According to her most recent financial disclosure form, which she filed with the U.S. Senate in August 2019, McSally was invested in mutual funds that invest in Chinese companies or bonds issued by China’s communist government. Among those companies is the technology company Tencent, which invested in Kelly’s World View Enterprises and has become the focal point of GOP attacks against the presumptive Democratic nominee.

The Senate’s financial disclosure rules require only that candidates report which of several dollar ranges their investments fall into, not specific amounts.

The National Republican Senatorial Committee brought Chinese investments to the forefront of the campaign, launching a blitz of attacks against Kelly earlier this month related to World View Enterprises, a Tucson-based space tourism company he co-founded in 2013. The company has since shifted its focus to unmanned balloons called Stratollites, which are used for mapping and observation.

Kelly was a strategic advisor to the company from 2015-2019, according to the financial disclosure report he filed in July 2019, and he still owns between $100,000 and $250,000 of the company’s stock. He reported receiving nearly $4,400 in salary from the company during the preceding year.

Through a subsidiary called Mount McKinley, Tencent has been an investor in World View since 2014. World View announced additional investments by Tencent in 2016.

Tencent has close ties with the Chinese government, which is controlled by the Chinese Communist party. The company has recently come under criticism for censoring information about COVID-19 and criticism of Chinese President Xi Jinping on WeChat, a popular messaging app.

McSally’s allies have used Tencent’s investment in World View to paint Kelly as soft on China – or worse. Several of McSally’s Republican colleagues in the Senate helped spread the word, with Sens. Marsha Blackburn, Tom Cotton, Kevin Cramer, Ted Cruz and Linsey Graham promoting the attacks against Kelly on their Twitter accounts, as did Trump advisor Kellyanne Conway.

Lefler said there was a big difference between McSally’s previous investments and the ties Kelly and World View have to Tencent.

“Like most people with modest retirement accounts, Senator McSally had minuscule investments spread over several large mutual funds managed by someone else. She doesn’t pick the funds or underlying entities,” Lefler said. “In contrast, Mark Kelly has knowingly accepted millions of dollars of investment from a communist Chinese company responsible for crackdowns on dissenters and censorship during the pandemic.”

Asked about McSally’s investments, NRSC spokeswoman Joanna Rodriguez pointed instead to Kelly’s China ties, noting that Kelly “repeatedly accepted and touted financing from this Chinese company” and that he still profits off his investment in World View. Rodriguez pointed out that Kelly gave paid speeches in China on behalf of a multi-level marketing company that sells nutritional supplements.

“China was revealed as a major investor in Mark Kelly’s company and the Chinese Communist Party recently threatened ‘counter-action’ against Senator McSally because she’s fighting to hold them accountable. Democrats are so concerned about this startling contrast that they’ve resorted to shopping flimsy attacks to distract from Kelly’s ties to China,” Rodriguez told the Mirror.

The Chinese government recently threatened sanctions and other punitive measures against U.S. lawmakers who have been critical of its handling of the COVID-19 outbreak.

Kelly sold those investments, along with several others, in late 2019 and early 2020, said Jacob Peters, a spokesman for the campaign.

“Mark is a U.S. Navy combat veteran who was stationed in the Western Pacific and has been clear that China is an adversary and threat to American interests,” Peters told the Mirror. “Mark’s experience as a pilot and astronaut enabled him to help found World View in Tucson, which has worked with the Department of Defense and NASA among others while creating jobs and generating millions of dollars in economic impact for Arizona.”

World View described Mount McKinley as an “early investor” in the company when it was a space tourism company, and said the Tencent subsidiary owns less than 5 percent of the company’s common stock. Mount McKinley hasn’t had a seat on World View’s board of directors in three years, and it has no “means of control” and no access to inside information, World View spokeswoman Ashley Smith told the Mirror.

Smith said World View hasn’t taken any foreign investment since shifting its focus to balloon observation. The company has contracted with NASA and the U.S. Department of Defense, and Smith said the U.S. Defense Counterintelligence “has concluded that foreign interests do not have any influence, control or authority over World View.

Kelly and McSally’s financial disclosure reports for 2019 were due on May 15, but both received extensions until August.

NRSC recently issued a 57-page memo urging GOP Senate candidates to attack China for its role in the COVID-19 pandemic, which originated in the Chinese city of Wuhan. The memo advises candidates not to defend President Donald Trump over his handling of the outbreak, except for his ban on most travel from China to the United States, and instead attack the Chinese Communist Party and Chinese government for covering up the coronavirus outbreak, and attack their Democratic rivals as soft on China.

In recent weeks, McSally has embraced that strategy with gusto.

McSally declares in her most recent television ad that she learned when she joined the U.S. Air Force to “never trust a communist.” She has repeatedly pledged to take a hard line against the Chinese government and boasted that she won’t back down in the face of Beijing’s threats to target critical lawmakers in the U.S. She called on the head of the World Health Organization to resign, accusing him of helping China cover up its alleged underreporting of coronavirus infections.

During a recent hearing of the Senate Banking, Housing, and Urban Affairs Committee, McSally repeatedly pressed Federal Reserve Chairman Jerome Powell and Treasury Secretary Steven Mnuchin on whether Chinese companies will be able to benefit financially from the CARES Act, a coronavirus relief bill passed by Congress.

Polling has consistently shown Kelly in the lead. Politico reported on Thursday that Trump advisors recently warned Senate Majority Leader Mitch McConnell that McSally is in danger of losing.

Gov. Doug Ducey appointed McSally to fill the Senate seat formerly held by the late Sen. John McCain, who died of a brain tumor in 2018. She and Kelly are running to fill the final two years of the term McCain was elected to in 2016.

The post While GOP hits Kelly over China ties, McSally had investments too appeared first on Arizona Mirror.