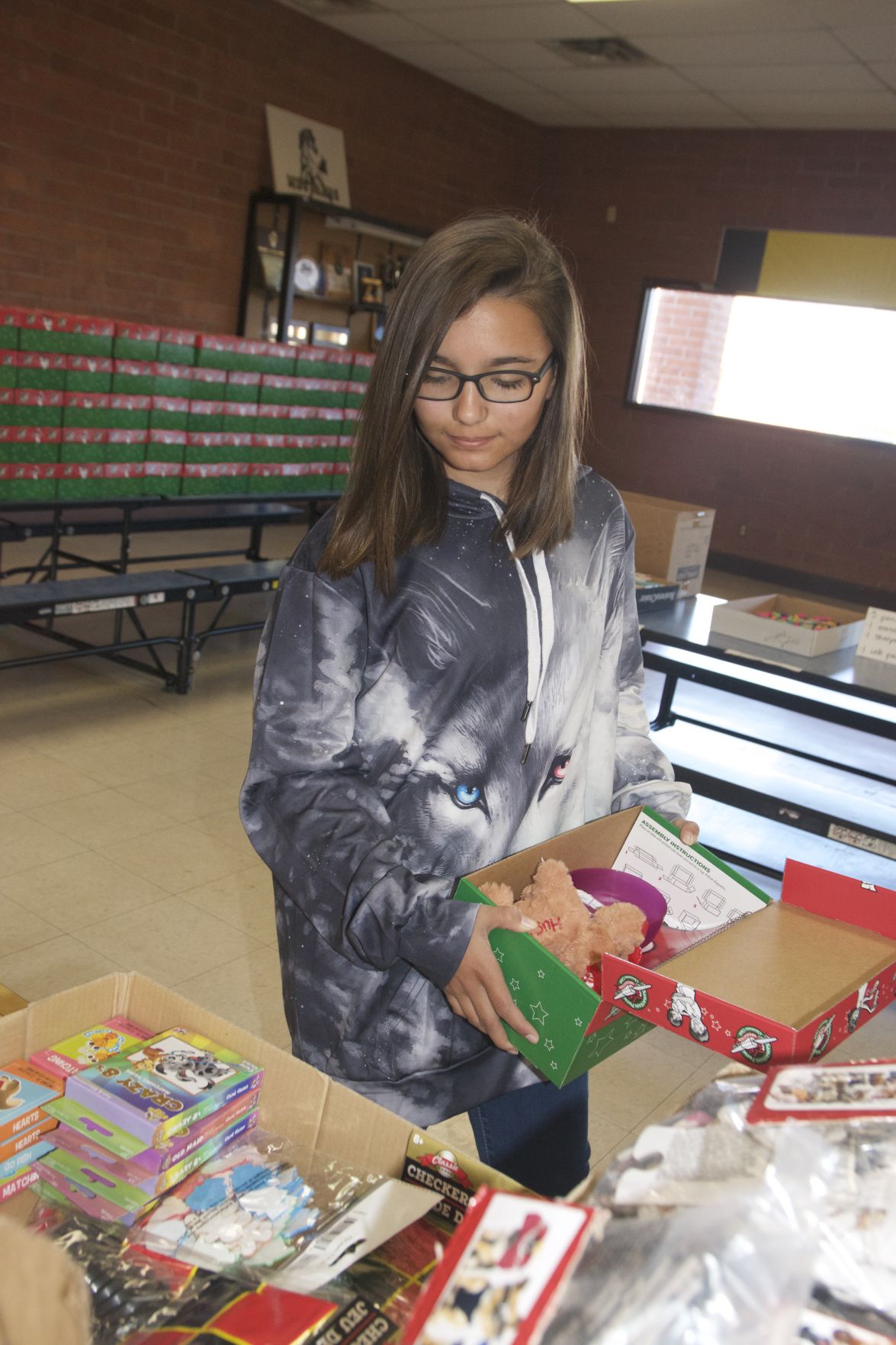 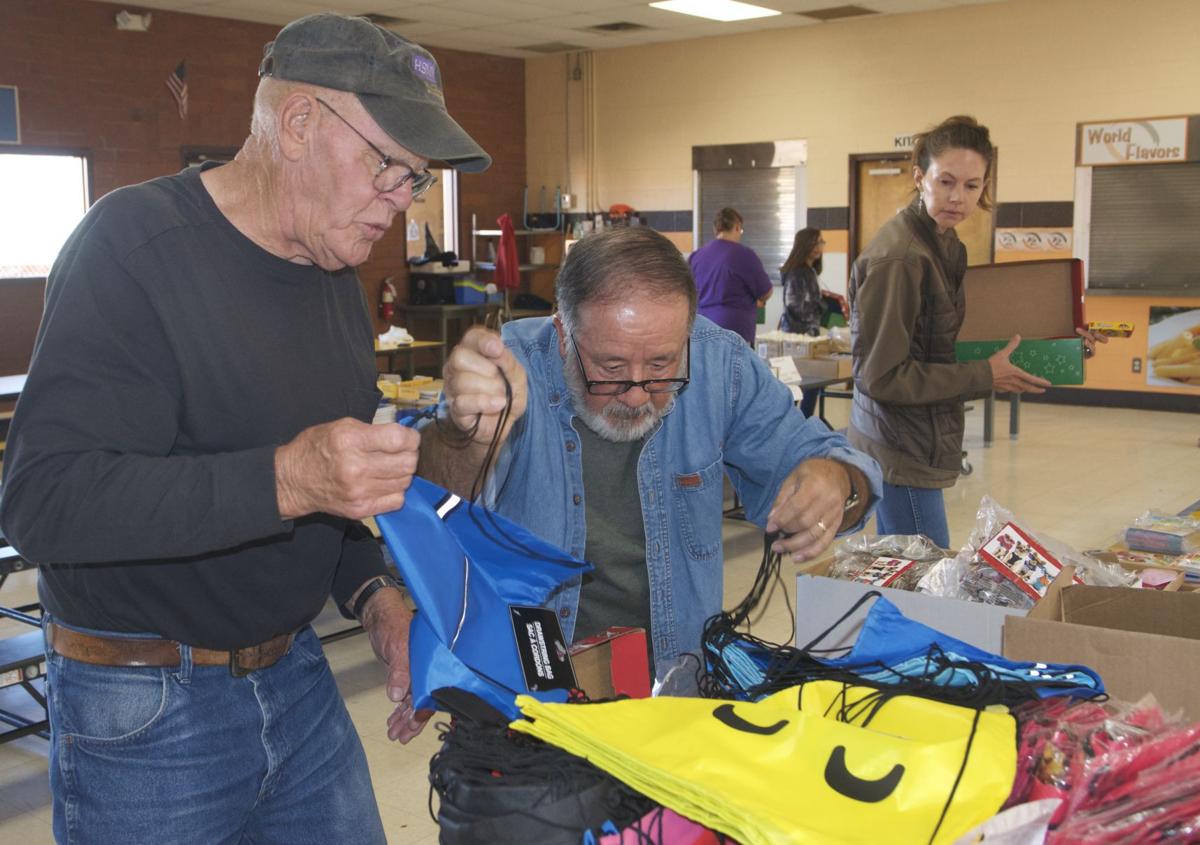 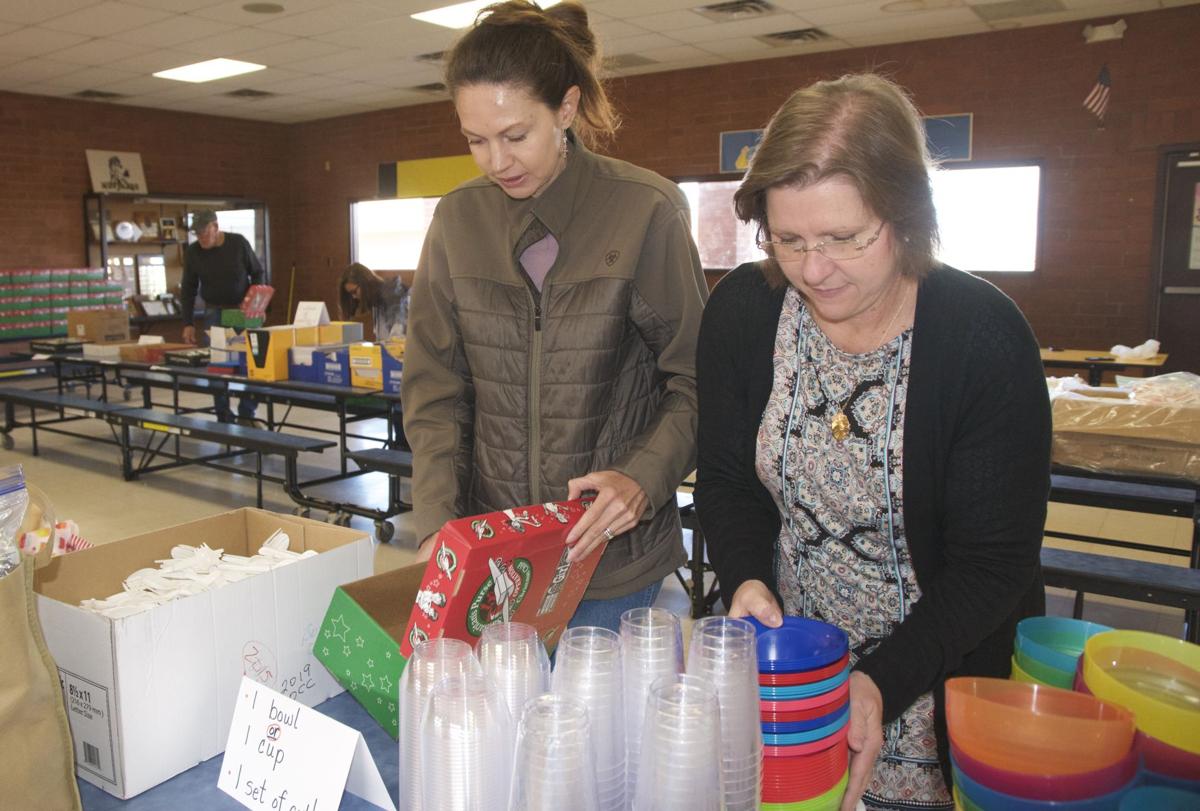 It’s a Saturday morning and Summit Baptist Church members are congregating at Huachuca City School to work on a project.

On this day, the tiny 10-member church and its Pastor David Carns are busy filling shoeboxes with items destined for children living in poor countries.

The boxes are filled with school supplies, clothing, hygiene items such as soap, washcloths and tooth brushes, along with combs and hair ties for girls. Toys, flashlights with extra batteries and solar calculators are other gift suggestions.

Summit Baptist is one of thousands of churches across the country participating in Operation Christmas Child (OCC), an international Christian-based campaign launched in 1993 by Samaritan’s Purse. The project is supported by churches, civic organizations, businesses, schools and individuals throughout the country.

As of 2018, Samaritan’s Purse delivered 157 million gift-filled shoeboxes to children in 160 countries.

Every year around this time, OCC coordinators start hosting organizational meetings and packing parties in an effort to meet “collection goals” for the areas they serve.

Whetstone resident Chris Johnson is the program’s Southeast Arizona Area coordinator, a region that covers Cochise, Graham and Greenlee counties. While last year’s collection goal for this region was 8,850 shoeboxes, Johnson is hoping to collect more than 9,500 for the 2019 campaign.

The efforts of communities and churches are what make those collection goals a reality, Johnson said.

Take Summit Baptist Church. On Saturday, the church filled 400 shoeboxes at its first packing party, with plans of matching that number with a second packing party next week.

“This is a testimony of what God will do for his people,” Pastor David Carns said.

“After counting up what remains to be packed, it became evident that we will pack at least 800 shoeboxes at minimum,” he said through an emailed update. “We had thought 700, but that number has now increased.”

Despite its small size, the church is able to provide such a large number of boxes because of frugal shopping throughout the year, said Pamela Carns, the pastor’s wife.

“We watch for back-to-school sales, do online shopping and order as many sale items in bulk as possible. We’ve been able to find some really great deals.”

Johnson remembers when she was thrilled to collect 1,200 shoeboxes, back when they fit in a horse trailer and were transported to Tucson. Today, the donations for this region have grown to more than 9,000 and the horse trailer has been replaced with two semi trucks, which will be parked at First Christian Church, 55 Kings Way in Sierra Vista from Nov. 18 through 25. The trucks transport the donations to a processing center in Orange County, California where they are checked by volunteers before they’re shipped to other countries for distribution to children.

Along with the gift items, the children receive a small booklet about Jesus — “The Greatest Journey” — written in that child’s language.

“Samaritan’s Purse shoebox program has become one of the most successful outreach campaigns in history,” said Johnson. “Long after the items in the box are gone, the children will know about the Gospel message of Jesus Christ. I think that’s the most important part of this project.”

Along with the U.S., shoeboxes are collected in Australia, Finland, Germany, Austria, Switzerland, Japan, New Zealand, Canada, Spain and the U.K.

All shoeboxes will be loaded onto two semi trucks parked at  First Christian Church, 55 Kings Way in Sierra Vista during OCC’s national collection week, which is November 18 through 25. For information, call OCC Southeast Arizona Area Coordinator Chris Johnson at 520-255-0440, or visit samaritanspurse.org/operation-christmas-child.