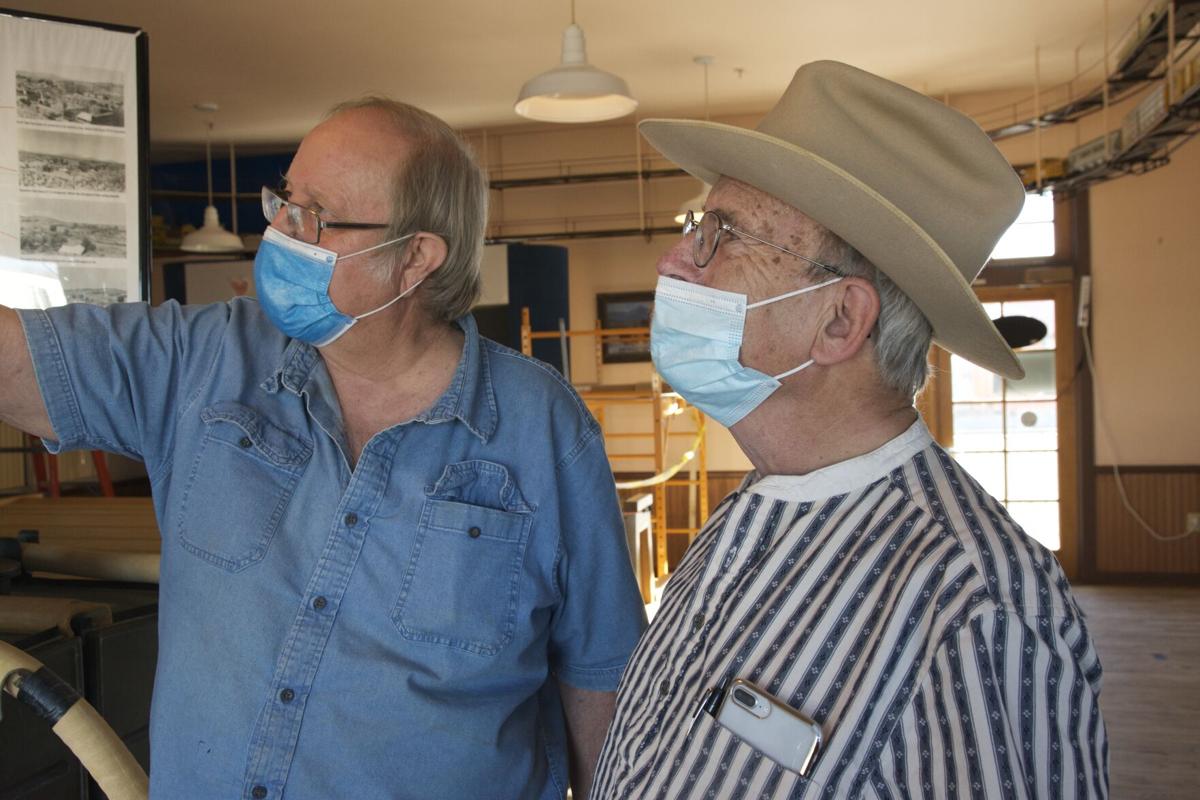 Benson Visitor Center Supervisor Bob Nilson goes through different points on a the center's new Historic US 80 display with historian Jon Donahue last week. The two men have created the Arizona 80 Foundation, a nonprofit they organized to educate the public on the historic significance that old Highway 80 has had in Cochise County. 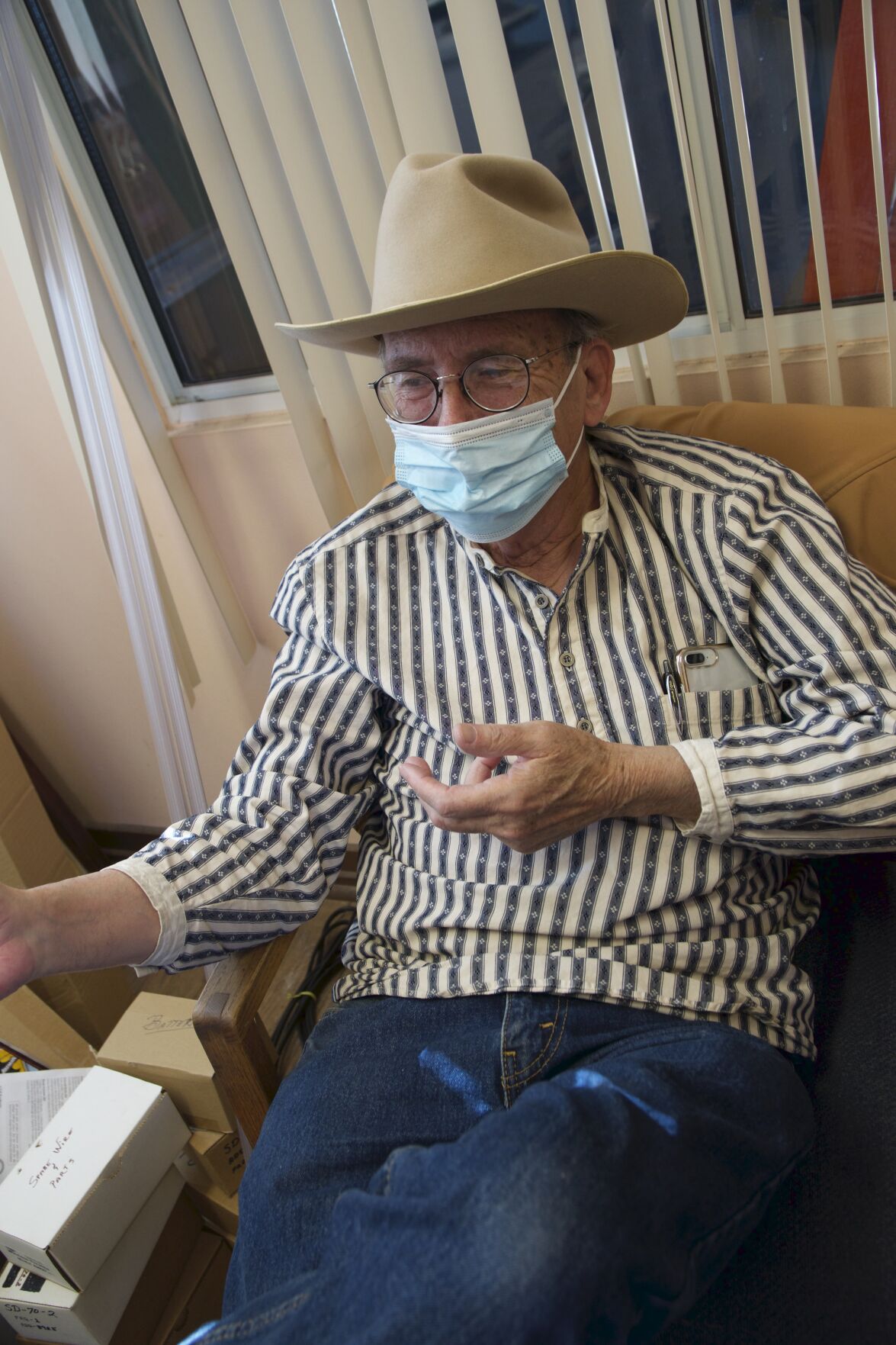 Historian Jon Donahue talks about the Arizona 80 Foundation that he and Bob Nilson started to raise public awareness about Historic Highway 80 and its early significance in Cochise County. 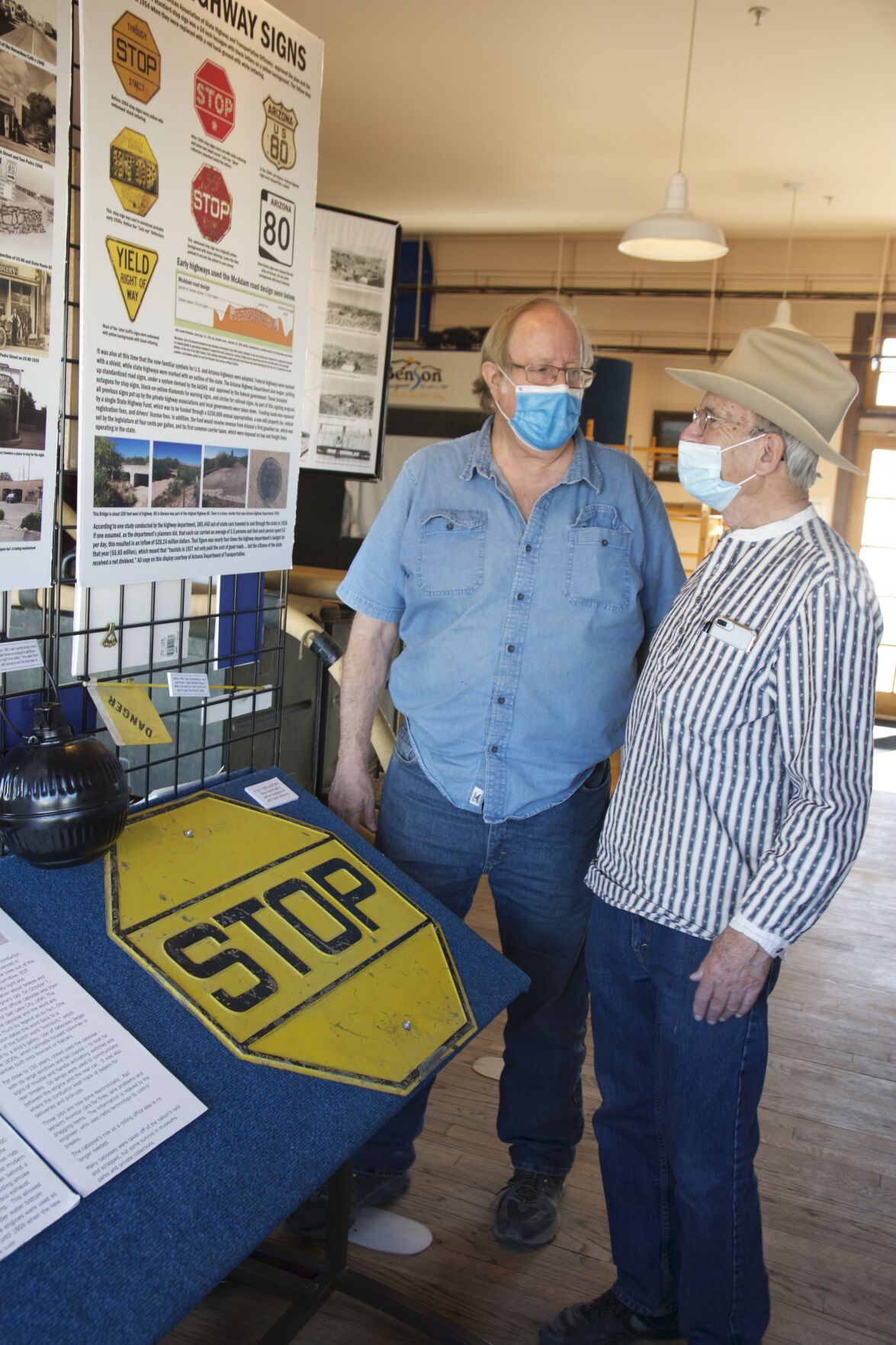 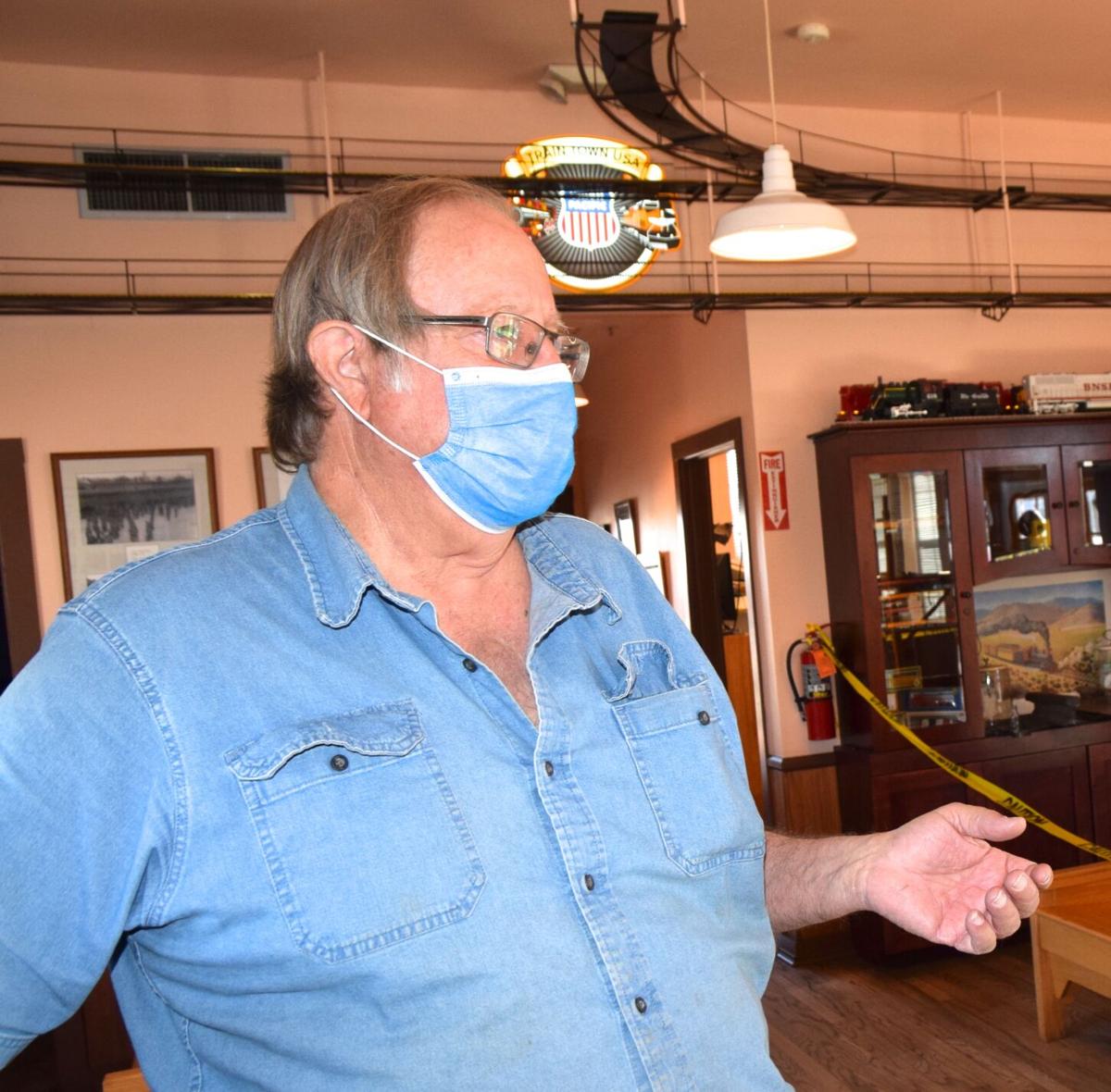 Benson Visitor Center Supervisor Bob Nilson talks about the significance of the historic old US 80 highway that runs through four Cochise County cities.

Benson Visitor Center Supervisor Bob Nilson goes through different points on a the center's new Historic US 80 display with historian Jon Donahue last week. The two men have created the Arizona 80 Foundation, a nonprofit they organized to educate the public on the historic significance that old Highway 80 has had in Cochise County.

Historian Jon Donahue talks about the Arizona 80 Foundation that he and Bob Nilson started to raise public awareness about Historic Highway 80 and its early significance in Cochise County.

Benson Visitor Center Supervisor Bob Nilson talks about the significance of the historic old US 80 highway that runs through four Cochise County cities.

Established in 1914 by the Automobile Club of Savannah as the Dixie Overland Highway, the roadway was a major transcontinental highway that connected Savannah and San Diego, and followed most of what later became US 80.

Today, the highway’s historic significance in Southern Arizona is being promoted through the efforts of Bob Nilson, tourism supervisor of the Benson Visitor Center, and historian Jon Donahue of Tombstone. The two men have established the Arizona 80 Foundation, a nonprofit corporation they organized to increase public awareness of Highway 80 and its intriguing history in Cochise County.

“We have an advisory committee of 15 people, which is made up of historians, including Arizona State Historian Marshall Trimble, as well as the mayors of Benson, Tombstone and Douglas,” Donohue said. “As a foundation, our goal is to expose the history of this old highway to as many people as possible, while promoting tourism in this area. We plan to do that through lectures, by presenting to history clubs, car and motorcycle clubs and by reaching out to RV parks as soon as COVID is no longer a concern.”

At one time, US Route 80 was Southeastern Arizona’s main thoroughfare, connecting the towns of Benson, Tombstone, Bisbee and Douglas, as well as serving the cities of Tucson and Phoenix, Nilson said.

“US 80, which opened in Arizona in November 1926, was once known as the ‘Broadway of America.’ It was the first ocean-to-ocean highway in the United States.”

In 2018, segments of the road were designated as Historic US Route 80 by the Tucson Historic Preservation Foundation. Because of its historic significance in this area, Nilson and Donahue are promoting the highway’s 72-mile route from Benson to Douglas. The goal is to highlight the new SR 80 as it follows much the same path that it did in 1926, with a few minor changes along the way, Nilson said.

“From Tombstone to Bisbee, the highway is almost the same as the old US 80. One of the changes is at Mule Mountain Tunnel in Bisbee, which was built in 1956. The original US 80 went over Mule Mountain Pass, so that represents one of the changes in the route, and there are other areas where the road has been realigned slightly,” he said.

Nilson and Donahue have designed and constructed an Historic Highway 80 display for the Benson Visitor Center and are planning other displays for visitor centers in Tombstone, Bisbee and Douglas. They have a full-page color ad in the 2021 spring Arizona State RV Travel Guide, a 120,000-copy publication printed annually and distributed at visitor and information centers throughout the state. Along with the ad, a full-page article featuring the history of US 80 appears in the travel guide.

Future plans are to create and distribute a Highway 80 map featuring its route through the cities of Benson, Tombstone, Bisbee and Douglas. The old Highway 80 route will be highlighted in red and yellow so it stands out and is easy to follow. Nilson and Donahue want to publish 100,000 of the maps to be distributed in Phoenix, Tucson and Cochise County, preferably along the I-10 corridor from Phoenix to New Mexico. The estimated cost of printing and distributing 50,000 of the 11-by-17-inch tri-fold map is $8,000.

As part of their marketing plan, Nilson said he and Donahue will be sending out press releases to magazines, newspapers, travel writers, history clubs and bloggers in an effort to promote the Highway 80 project. In addition, they hope to put together a group of public speakers to give presentations about the historic highway — featuring four different PowerPoint presentations — one for each of the cities along the Highway 80 route.

Photographs and stories of the people and businesses between 1926 and the 1970s will be the focus of the presentations.

Nilson and Donahue have created a web presence at www.arizona80.org.

“There is so much western history in Cochise County,” Donahue said. “We want to invite everyone to explore the unique western towns along Historic Arizona 80 and relive the events that brought so much to this area. The route makes a great road trip for RVers and other travelers,” he said.

“Start with Benson, a train town that came into existence in the 1880s when Southern Pacific Railroad came through, supplying Tombstone with mining equipment during its big silver boom.”

From Benson, head to Tombstone and browse the shops, visit the historic sites and stroll the town’s boardwalks. {span}Follow Arizona 80 into Bisbee where copper mining was the town’s lifeblood until Phelps Dodge Corporation closed its mining operations in the summer of 1975. Today, the town is known for its artists, restaurants and as a fun tourist destination. While in Douglas, visit the elegant Gadsden Hotel, Grand Theatre or head to the Slaughter Ranch Museum.

With Arizona 80 as a guide, there are multiple places to visit while touring the four cities along this historic highway’s route.

For information about the four Southern Arizona cities along Historic Arizona 80, go to the following websites: